"Right now the music business is at it’s absolute worst regarding distribution and physical stores and downloading, so I would try to change EVERYTHING about it right now! ...get back to basics!! Same with the comics." 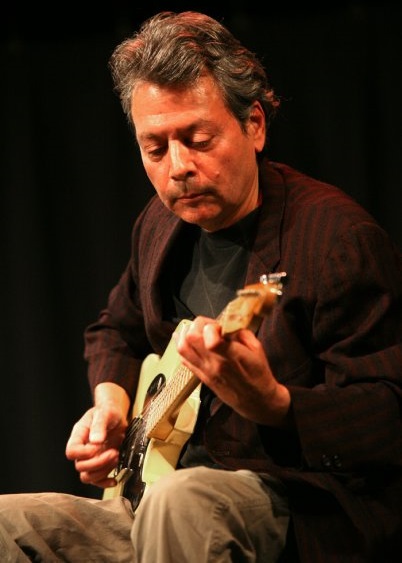 George Hansen, says: I was born and raised and still live in Chicago. I was first published in 1962 doing some freelance drawings for ads. I also produced fanzines back in the late 50s/early 60s that were produced in very small runs and had even more limited distribution outside of whatever school I was going to at the time! I started to do some work for record LP covers that never came out in the mid to late 60s and then in 1971 got a backer to publish the first issue of CHOICE MEATS COMIX No.1 and then got my 8 one man books and others published by the Adams Apple Distribution Co. which continued until 1973.  During this time I was also doing a lot of artwork, including covers and a few comic strips, for early rock and roll fanzines and later magazines like WHO PUT THE BOMP and BIM BAM BOOM. I was also doing a lot of cartoon illustration work for the Chicago Reader when it first started out and in some issues, like the holiday ones, would have as many as four drawings in one issue. I also did a lot of work for other magazines like the Chicago Independent, Pulse, COQ and record companies like Flying Fish as well. I was also the main artist for a company called MONKEY BIZNIZ and did hundreds of drawings for t-shirts, ads, record covers, etc. In the 80s I did a lot of LP covers for Flying Fish, Earwig, Pearl/Delmark, etc. In the 90s I continued to do albums covers as well as magazine covers. Nowadays, I still do occasional freelance work but mostly sketch and paint.

What experiences in life have triggered your ideas most frequently? What characterize George Hansen’s artwork?

I saw the last of the great illustrators who used to work for the Saturday Evening Post as well as the great cartoon strips and cartoonists behind them like Walt Kelly, Will Eisner, Chester Gould, et al. Hand lettering was also everywhere in advertisements and cereal boxes. I also had a friend whose brother was about 10 years older than we were and he had a great collection of comic books that dated back to the 1940s. The E.C. comic book line was also a huge influence--especially Graham Engels and Wally Wood and, of course, Harvey Kurtzman.

Growing up in the early 1950s, no one had a TV but everyone had a radio and record player. In my house, my parents had a lot of records of different styles of music. My grandfather played the piano and wrote a lot of compositions between 1855-1926 when he passed that are still in song folios. My father also played the guitar and has a great singing voice and I had an uncle who played the upright bass, violin and guitar. Music has always been an important part of my life and still is. 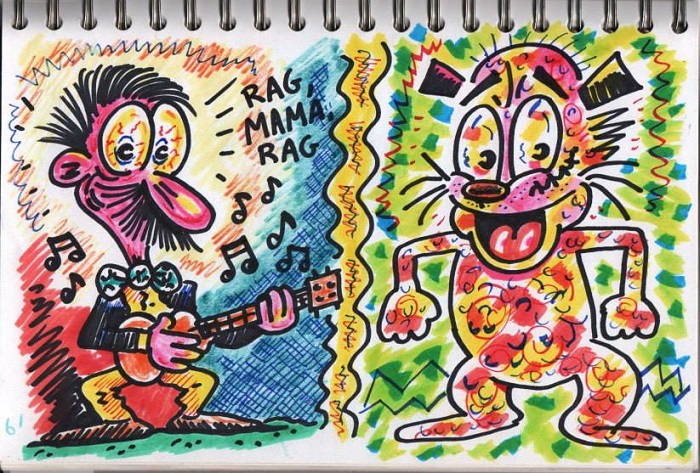 "The new artists are, of course, aware of the old underground comix artists but everything is completely different these days. The distribution of books, etc. has completely changed.There’s a convention called CAKE once a year here in Chicago where Fantagraphics always has a table but it’s 99% independent artists/publishers." (Artwork by George Hansen)

How started the thought of Bloody Murder Records? Why did you think that the Blues & Jazz music continues to generate such a devoted following?

Bloody Murder Records was started in the mid-80s to help promote a band that I was in (the Rocket 88s) and in the late 80s I began to put out recordings which were, at first, blues and then rock ‘n roll. The blues has become “a white man’s game” now since all or the prewar blues artists have passed and there is just a handful of the musicians left who recorded in the postwar era. The young black people don’t support blues. On the South and Westsides of Chicago where there were literally hundreds of little taverns that had bands, now there are only a few that you could count on one hand and only one has music 7 days a week. With jazz in Chicago, you have a lot of great and inspirational players involved in the “free jazz” movement which started in Chicago in the mid-60s.  There are still musicians, of course, who play more “mainstream” who are very good as well.

Meeting cartoonist Jay Lynch about 50 years ago was important because he showed me how to use zip-a-tone and do color separations. He also knew a lot about the history of comic strips from the newspapers as well as comic books. Harvey Kurtzman, who I met around this time also, was a great mentor and supporter.

I don’t really see that many new comics being produced these days but regarding the newer artists who are part of what they call “the alternative comics movement” I don’t like their work very much at all. Some are good draftsmen but none are great story writers and I honestly don’t like the self-indulgent “bio attitude” that a lot of them utilize. 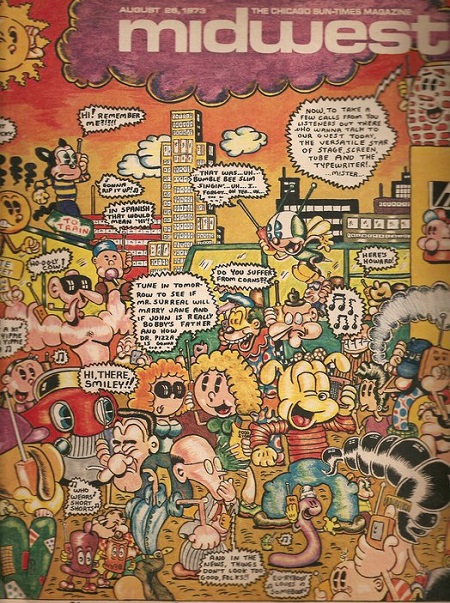 Just Kaz and Johnny Ryan but only in small doses.

What do you learned about yourself from the counterculture and what does Underground Culture mean to you?

When I first got involved with underground comics 45 or so years ago it was an outlet that had no rules which is what attracted me to it. That played out in just a few years and became old hat. Underground culture doesn’t mean anything to me anymore.

What are the lines that connect the legacy of underground comix of 60s/70s with the new generation of artists?

The new artists are, of course, aware of the old underground comix artists but everything is completely different these days. The distribution of books, etc. has completely changed. There’s a convention called CAKE once a year here in Chicago where Fantagraphics always has a table but it’s 99% independent artists/publishers. I used to go to this but didn’t last year because there wasn’t anything that interested me.

What do you learn about yourself from the blues and jazz culture and what does the Blues mean to you?

I always loved the energy of the hot jazz recordings from the 1920s and very early 30s and still do. I still listen to my old 78s that I've accumulated over the past 50 years. Records like 'Savoy Blues' by Louis Armstrong and His Hot Five STILL sound as fresh and exciting to me now as when I first listened to it many years ago. Being from Chicago, I heard a lot of the great postwar blues musicians on the radio and began to buy and later collect their 45s, 78s and LPs at a very early age as well as see quite a bit of these great musicians play live and sit in with them back in the 1960s. I discovered the wonderful musicians who recorded in the 20s and 30s by accident--just by goin' down to the old Maxwell Street Market and pickin' up 78s by them and then later with some of the few reissue LPs that were being issued. I especially loved the records where guitar players played slide and/or finger picked as well as the fabulous recordings of Lonnie Johnson. The 60s were a great time for me gettin' these records because I hardly knew anyone else who also shared this passion for the prewar artists but met a lot of record collectors who were 20 or 30 years older than I was and thought that the blues recordings were "junk". Since I was constantly finding a lot of great prewar jazz records, I would trade 'em for the prewar blues artists and still have all of the records I got back then. The older jazz collectors only liked the piano players, like Cow Cow Davenport or Fletcher Henderson who also was recording a lot of fabulous jazz records in the 20s.  It was a WONDERFUL time to pick up records!

Are there any memories with the late great bluesman, Honey Boy Edwards which you’d like to share with us? 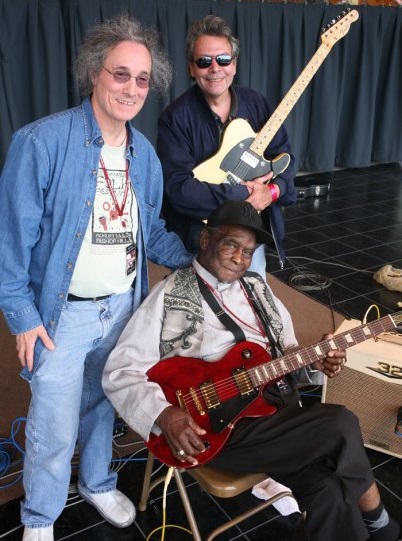 I knew Honeyboy for many years before playing with him. I produced a show back in the early or mid-70s with him performing and also recorded it. A few tracks made it onto his last recording for Earwig Records which I also wrote the liner notes for. He was a great guy but would tune his guitar in some strange open tuning that I found a bit difficult to play/back him with. I asked him once what exactly he was tuning to and he just said "I'll bet you'd like to know!" so I just left it at that and would finger the neck of my guitar to try to figure out what key he was closest to!

"Music has always been an important part of my life and still is." (George Hansen, Michael Frank & Honeyboy Edwards / Photo by Robert Barclay)

What is the impact of the Blues and Jazz to the racial, political and socio-cultural implications?

With a few exceptions of artists like Billie Holiday (Strange Fruit) and some of the prewar artists recording songs about FDR, there didn't/doesn't seem to be a lot of records and/or songs that apply. The Staple Singers though recorded a lot of great records (like Respect Yourself, et al) that I really liked and still do. I always loved their records and since they were based in Chicago would hear them on the radio quite a bit. Towards the end of Pops Staples life I went over the the Harold Washington Library to hear him play and sing solo as well as talk. I was sitting next to this lady and having a great conversation with her before he performed. After he was done I made the remark "I'd sure like to meet him!" and the lady goes "Well, you CAN! I'm Mavis (Staples, his daughter)!" I was pleasantly surprised and thrilled!

If you could change one thing in the comic and music world and it would become a reality, what would that be?

Well, geeze, where to start? Right now the music business is at it’s absolute worst regarding distribution and physical stores and downloading, so I would try to change EVERYTHING about it right now! ...get back to basics!! Same with the comics.

Where would you really wanna go via a time machine and what memorabilia (books, comix, records) would you put in?

I suppose that the late 1920s here in Chicago would be the most desirable regarding both music and the great newspaper comic strips that existed back then. I would’ve LOVED to have seen King Oliver, Louie Armstrong, Jelly Roll Morton, Johnny and Baby Dodds perform live (and buy their records when they were comin’ out!) as well as seein’ Blind Lemon Jefferson play on the street and Daddy Stovepipe play down on Maxwell Street!! Man, THOSE were the days!!! 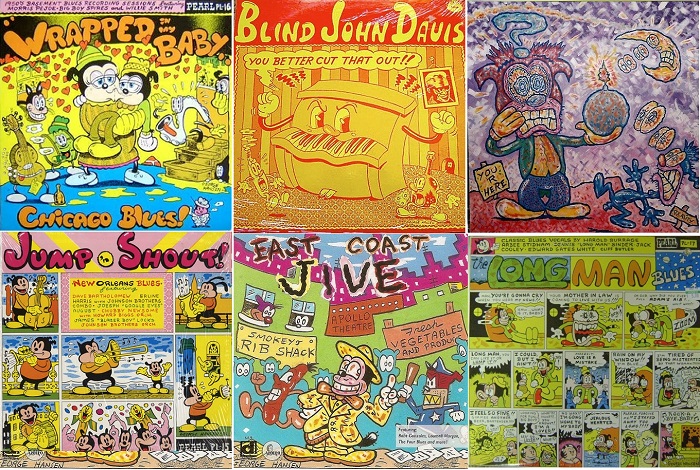