"Without a doubt, Cash McCall gave me the most important push I had, and needed, in my career. He told me ”don’t ever quit!” He put me in his band and co-produced my record. His vision was bigger than mine for this latest project, and I opened myself up to him vision, it gave me the allowance I needed to expand."

The recorded legacy of the late blues Cash McCall has been expanded by two splendid songs (NOLA BLUE Records). Produced by Jim Koeppel, ‘One Who’s Got A Lot’ and ‘Blues Coming Down’ were recorded in L.A. in 2015. ‘One Who’s Got A Lot’ was previously issued digitally in 2020; ‘Blues Coming Down’ is being made available for the first time in any format. An all-star band was recruited to back the versatile guitarist on both songs. The rhythm section consisted of pianist Tennyson Stephens, bassist Welton Gite, and drummer James Gadson, whose funky beats have powered classics by Dyke and the Blazers, Charles Wright, and The Watts 103rd Street Rhythm Band, Bill Withers, and countless more. Koeppel played lead guitar on both songs, with McCall adding his peerless rhythm licks on ‘Blues Coming Down.’ His soul-steeped vocals shimmer with melismatic power. Koeppel wrote the surging blues shuffle ‘One Who’s Got A Lot,’ after he and Cash witnessed a particularly memorable lady sipping a double latte that she’d just purchased at a Starbucks on Chicago’s North Side. 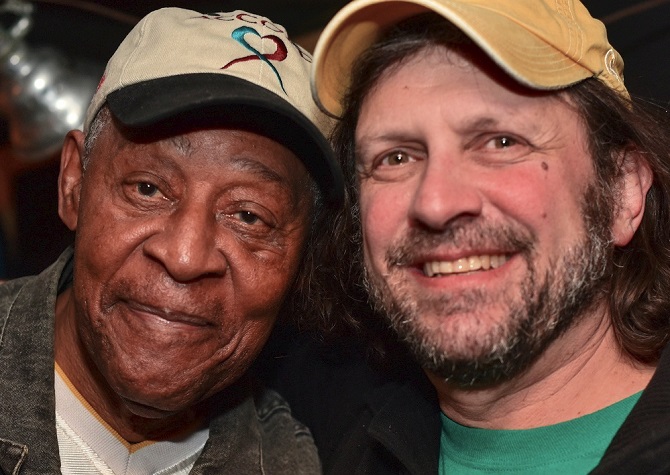 “So right there, I said, ‘I’m going to write a song for him about this,’” remembers Koeppel. By the time they got together for their next session in L.A., Koeppel had completed the tune for his friend. “I wanted to write a song for Cash because he was always sitting in with a band, and he was always doing the same song every time he sat in. It was an easy song, and the band could do it no matter who he played with. He was always doing ‘I Just Want To Make Love To You,’” he says. “I wanted him to have a song that he could play that was an original song. It was just for him.” ‘Blues Coming Down’ was a genuine collaboration between the two. “That was his idea,” says Koeppel. “We were in Memphis. We were sitting in his carport with our guitars, in front of Willie Dixon’s van, which was in his driveway. I was like, ‘Man, this thing should be gold-plated and put in a museum!’ So, he said, ‘Hey, I’m working on this song. What do you think?’ And he played me that little part, and I was like, ‘Oh, let’s play it!’ We played it, and we kind of came up with the bridge.”

I used to think inspiration was important, but now I know it isn't. I am compelled to be an artist every day and not rely on anything or anybody.

I do it every day even if only for my cat most of the time. 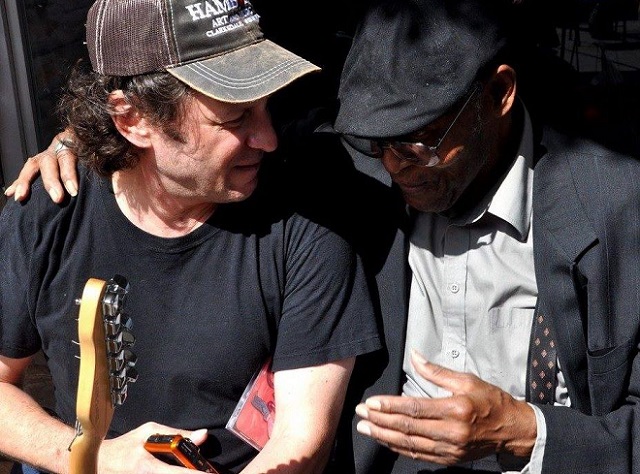 "I miss the great artists. I miss the great venues. I miss the live feeling of studio recordings too. I hope that people in the modern world find time for blues, for all music and art, and arts education."  (Jim Koeppel & Cash McCall / Photo by © Lynn Orman Weiss)

Are there any memories from the late great Cash McCall which you’d like to share with us?

We spent a lot of time driving and, on several airplanes, too, and he told me a lot of stories and we ate a lot of food. We talked about anything and everything under the sun. Of course, my favorite memories are of making music, be it in the studio, in a hotel room, his house, wherever. Our gig at King Biscuit was very exciting for me. He made me wear a suit. The only suit I had, I had gotten divorced in, and it didn't fit anymore. So, I bought a new one just for the gig. He also wore a suit. But when we showed up at the gig nobody else had a suit, they were all dressed casually. I asked Cash why I had to wear a suit. He said, "you're the only one that matters and people are going to know it." Then Cash explained how Willie Dixon had done that very thing to him in his Chicago All Stars band. I was floored. Cash did a few other of Willie's tricks on me too.

To not let mistakes stop me from moving forward whether in music, business, life, love... Contrary to what Miles Davis said, music is a way to make friends.

What would you say characterizes New York blues scene in comparison to other local US scenes and circuits?

Well, unfortunately, New York has only a miniscule blues scene. Blues in New York can really edge on Rock, or exist in a jazzier form, or be wildly traditionalistic and preservation. Blues musicians from NY tend to be less influenced by regional dialects but instead influenced by everything. 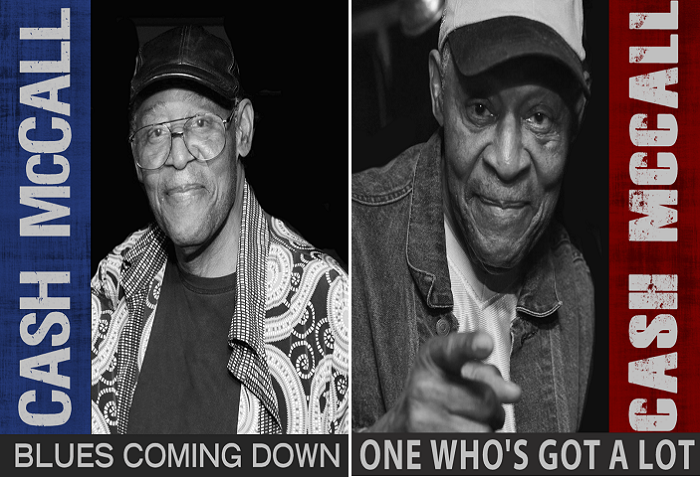