"I feel I have all the freedom in the world when I improvise in a blues setting. I feel the most satisfied after a blues gig." 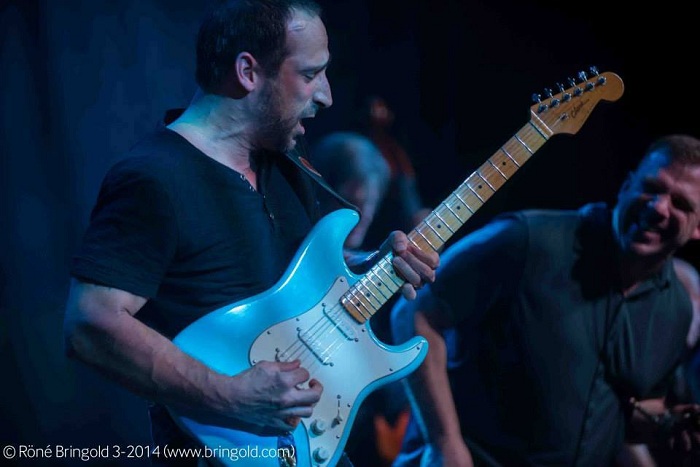 The Blues to me is a way I make a living, or should I say a part of my living. I play all styles of music. My favorite is the Blues. I love the simplicity of the harmony. That being said it’s the most expressive and creative music out there. I feel I have all the freedom in the world when I improvise in a blues setting. I feel the most satisfied after a blues gig.

I guess I have experienced a lot in my 42 years. I have been playing music for 25 years now. I have had heartbreak, sickness and just lots of life experience. I think the blues gives me a good outlet to get out all my frustrations. 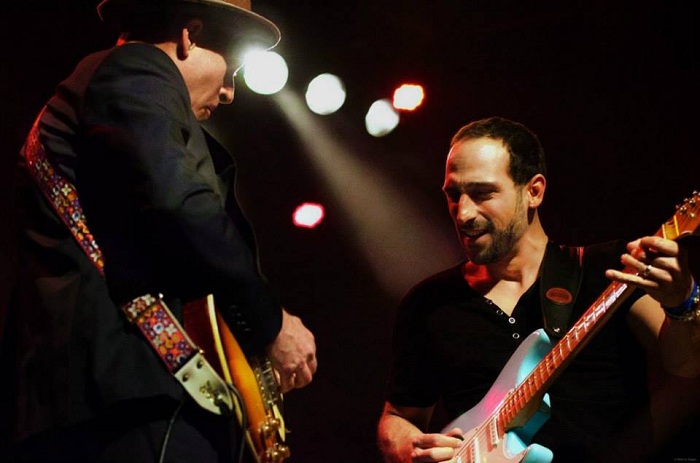 "I miss the consistency of work. It seemed I had more gigs in the past. Then again the qualities of my gigs are better so I shouldn't complain. I hope the young people continue to listen to the blues and keep it alive."

How do you describe Chris Vitarello sound and progress, what characterize your music philosophy?

My sound can be described as a blues, jazz kind of mix. I always say I am a blues guitarist that can sound jazzy at times. Not the other way around. I am always thinking of new jazzy ways I can approach soloing. Deep down I am a blues guy. My philosophy is that you put your heart into every note, learn the songs, show up on time and don't complain.

The best part of my career is when I got to meet and play with Bruce Katz. It was the highlight of my career. I used to go and see him play with Ronnie Earl when I was young. When he called me to play in his band I was like starstruck. His style is perfect for me. A mix of blues and jazz. From meeting him I also got to play with Tad Robinson. He was another favorite of mine. I play in his band frequently. Playing with Jimmy McGriff was also amazing. I also love my good buddy Chris O'Leary who used to play with Levon Helm.

Because it is a timeless music that gets in your soul. 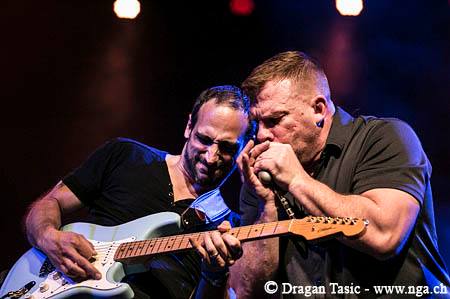 The best jam I was involved in was playing with Alex Schultz in Switzerland. He was a guest on The Chris O’Leary Band's (photo) new live release that will come out soon. I loved his playing since I started playing blues. The best gigs I have been on were Basel Switzerland (COB), The Mississippi Valley Blues Festival (Bruce Katz Band), Summer Fest in Madison Indiana (Tad Robinson) Blues Alley (Jimmy McGriff).

I got to meet Jimmy Vaughn, Ronnie Earl, Duke Robilard. I used to teach Chevy Chase's kids. I got to hang out and play with him as well. He was a great guy.

My favorite recording session was with The Project A Band. It consisted of Joel Frahm, Bruce Katz, Jerry Jemmot, Marty Balou, Ralph Rosen and Lorn Entres. It was a Aretha Franklin Tribute. I felt so blessed and unworthy to be playing, let alone recording with those guys. They treated me with such respect. I played a track called "It Ain't Fair". I felt it was the best thing I ever played on because of how the rest of the band treated me.

I miss the consistency of work. It seemed I had more gigs in the past. Then again the qualities of my gigs are better so I shouldn't complain. I hope the young people continue to listen to the blues and keep it alive. 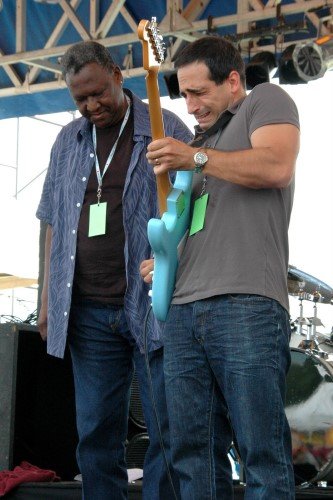 Playing with Floyd Myles and Joe Beard were great experiences. Those guys are as old school as you can get. Pure soul that I think I will never be able to achieve but am much closer now that I met and played with them. When they count off a song they are in command of an audience. A true gift.

"The Blues to me is a way I make a living, or should I say a part of my living."

I just love the being on the road with my band mates. Its hard work driving all over the country and world. We make it fun constantly goofing around and joking. I get to meet and hang out with so many people every year. All of them have been so nice to me. Some of the hospitality that I get is amazing. I like playing this kind of music because there is no rockstar mentality. We get to play for people and also hang out with people. We are all on the same level. It’s one big family.

I would love to go back in time and be at a show with Grant Green. I love his stuff.