"COMPASSION FOR OTHERS AND EMBRACE OUR DIFFERENCES is my wish for now and beyond."

Ann Cohen: The Artist of Compassion 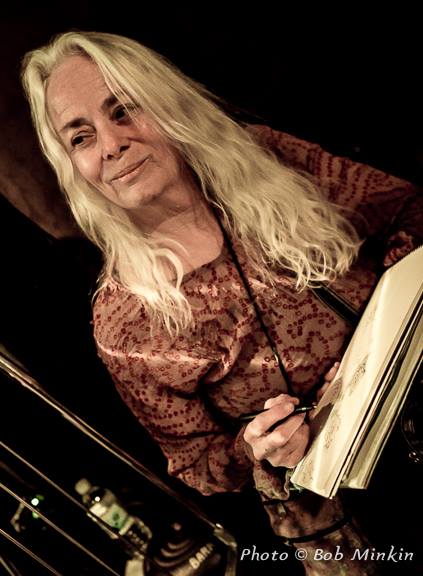 Arguably the outstanding example of psychedelia within the countercultural "underground" press, the publication was noted for experimental multicolored design. Oracle contributors included many significant San Francisco–area artists of the time, including Bruce Conner and Rick Griffin. It featured such beat writers as Allen Ginsberg, Gary Snyder, Lawrence Ferlinghetti and Michael McClure.  Allen moved to San Francisco in search of the remnants of the Beat Generation. He first lived in North Beach and then moved to the Haight Ashbury, at the time a working class neighborhood in the west side of San Francisco. Soon, the Haight Ashbury became a flourishing bohemia and Allen was one of the key personalities. Allen Cohen had a dream that there was a newspaper being read all over the world with rainbows. Pursuing his commitment to spread poetic messages of love and hope among all mankind, the small-stature poet founded and edited the famed San Francisco Oracle, the Haight-Ashbury’s counterculture newspaper that was one of the major vehicles in forming the 60’s throughout the world. After Allen’s death his wife Ann Cohen with friends published Like a Radiant White Dove. Allen Cohen passed away in his Walnut Creek home with his family by his side April 29 2004. This world was a much better place with Allen being part of our world community.

Our young men were being drafted into a war to kill and be killed without a choice to say no unless they broke the law. It wasn’t like the first and second war that we were fighting for our land. We were fighting in Viet Nam. Our youth were confused and many choose to break the law and not go. Our young men were choosing to break away from the forefathers who died bravely and their mothers who supported their loved ones fighting for their nation by taking over the men’s industrial and other jobs that had to be filled on the home front. This national draft and brought on renaissance of change. San Francisco State College campus had been located on lower Haight Street before it moved to the southern outskirts of the city, so its students, teachers, dropouts and alumni were still living in the area. Artists and poets, who had escaped the –police crackdown of the North Beach Renaissance several years before, had also taken refuge in the Haight. Rents there were cheap. Six rooms in an elegant Victorian or Edwardian house built after the earthquake rented for $120. **The houses and apartments were large enough to share, and cooperative living was common.

It wasn’t difficult in 1966 being an artist, poet, student, ex-student to find cheap housing and share with friends. Without housing being an issue it would leave one’s mind open to exploring one’s self with the people they live with and in their Haight Ashbury neighborhood. New ways of living occurred by using ones talents in writing, music, art, philosophy whatever it was with fellow roommates, interacting, getting  high and talking until the sun’s rays warmed your face and a new morning began with a better understanding. During 1966 and 1968 the beacon of our finest minds in all aspects of the mind our youth carved out a new direction that freed us up from our parents and opened us up to our own path never forged before and using it to benefit our community.

What is the Impact of San Francisco Oracle nowadays?

The San Francisco Oracle was the local newspaper in the Haight that was one of those beacons that was created by the locals. The summer of 1966 people began to attend a series of meetings to discuss starting a newspaper. These poets’, artists envisioned a revolution of love and peace starting in the Haight and engulfing the whole planet. The San Francisco Oracle emerged. The papers theme of reference was based on: Visions, Quests and solutions. "What makes me smile seeing how our youth are so smart and eager to pass up our parents like we did as youths. I don't live in the past wishing to go back and change. We learn by our past first hand to make better choices today." (Photo © by Bob Minkin)

What do you learn about yourself from the underground culture? What does counterculture mean to you?

The San Francisco Oracle was the street paper that originated with a dream from Allen Cohen. “One morning in the late spring of 1966 I dreamt that I was flying around the world. When I looked down, I saw people reading a newspaper with rainbow printed on it – Paris at the Eiffel Tower, in Moscow at Red Square, on Broadway in New York, at the Great Wall of China – everywhere. A rainbow newspaper!” With the help of the community The San Francisco Oracle became a reality. Looking at the Oracle could be a sort of occult trance experience communicated across the dimensions of space and time, through the tabloid medium, from one explorer of inner worlds to another. The Oracle distribution was as far west as New Zealand, India and Vietnam (The Oracle received Vietnamese marijuana from soldiers in return) and as far east as Prague and Moscow hidden in the bottom of boxes of second-hand clothing. An Oracle meeting included everyone- editorial and art staff, secretaries, circulation and business people, invited guests and anyone who happened in the door. We felt that if the flow brought a person then, they were meant to be there. Therefore they were allowed to vote on whatever issue was being decided. We thought of these guests and drop-ins as representatives of the rest of the world.”

How important was music, poetry and literature in your life?

Art and music and creating through different mediums has been my life.

What started the thought of Annie’s Little Farm. How does activism affect your inspiration?

When my first husband died in an automobile accident in 1970 I explored a new way through the eyes of San Francisco trend. I went hitchhiking across the United States camping and staying with just met friends. I settled down in Walnut Creek as a hairdresser volunteering to do the wigs for the two local theater productions Contra Costa Theater and Diablo Light opera and regional arts for twenty years.  I spent 33 ½ years as a preschool teacher in my in-home large day care called Annie’s Little Farm. I decided to give my home to my son and his family. They tore it down and built a new house including a studio for me. While it was being built I moved to San Francisco in North beach. Art and music is everything to me. With my school we would write musicals and perform them. I draw music and people on the moment and have for 35 years.

I consider the future though I live in the moment. I included my latest works within the last week or so and a drawing of Allen and our music poetry events in the 90's. 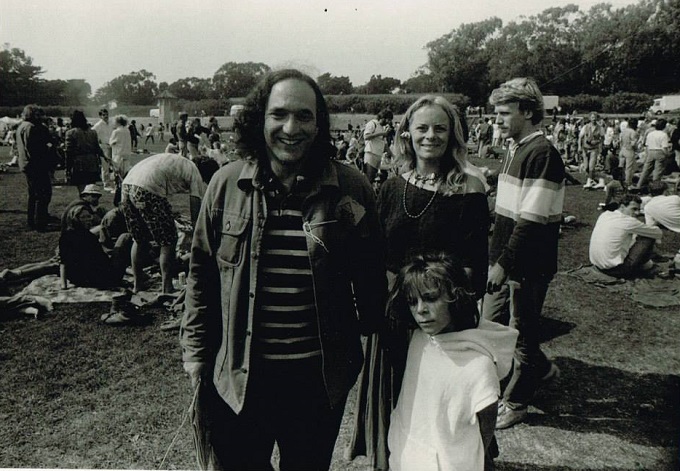 "The summer of 1966 people began to attend a series of meetings to discuss starting a newspaper. These poets’, artists envisioned a revolution of love and peace starting in the Haight and engulfing the whole planet. The San Francisco Oracle emerged. The papers theme of reference was based on: Visions, Quests and solutions." (Photo: Allen, Ann & Christie)

Meeting Allen, meeting my new babies when they were born. A meetings to come. There are no strangers just good friends I haven't met yet. Allen played a major roll in spreading the values that were most important for our counter culture of the sixties by publishing the Haight Ashbury street paper the Oracle.

Allen Cohen and Michael Bowen thought up the idea of the gathering of the tribes in the Polo Fields in Golden Gate Park Jan 14th 1967 to end the war in Vietnam. This event was organized by Allen, Michael and the Oracle staff and Max Scherr and other Berkeley activist they united with their efforts to end the war with a giant Pow Wow music event. It brought an awareness to our world youths to have their own Be-In’ to end the war.

What touched (emotionally) you from Allen Cohen’s legacy and mission? What is the best advice ever gave you?

Allen was a community person. His life was about cooperation in making this a better world. Allen taught me so much in the 24 years we had together. Allen would say there is your opinion my opinion and the one in the middle.

What was the relationship of the 60s movement/culture to the racial and socio-cultural implications?

The seeds of love, creating, community being in harmony with the earth and body were seeds planted in the 60’s and are still flowering now. The resistance to our youths ideals brought a huge control from the government and States that has damaged our country and people by making laws that were targeted to stop the growth of change. It has brought us to today and Donald Trump being elected President. We seem to worship money and have forgotten about humanity. 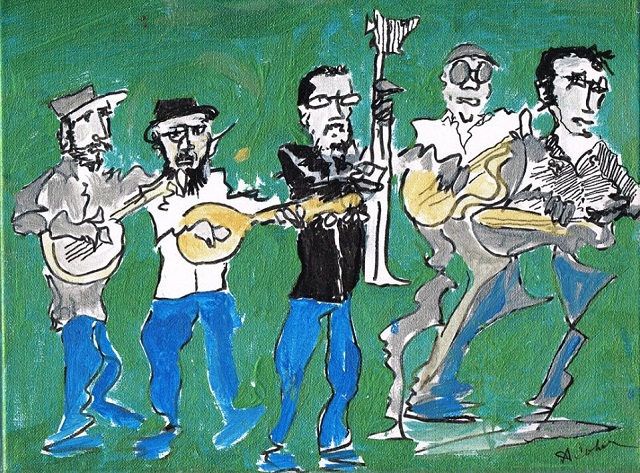 What do you miss most nowadays from the past? What are your hopes and fears for the future of?

What makes me smile seeing how our youth are so smart and eager to pass up our parents like we did as youths. I don't live in the past wishing to go back and change. We learn by our past first hand to make better choices today.

If you could change one thing in world & people and it would become a reality, what would that be?

COMPASSION FOR OTHERS AND EMBRACE OUR DIFFERENCES is my wish for now and beyond.

What are the lines that connect the Beats & Allen Cohen?

Allen came to San Francisco as a poet to be with the beats in about 1964. North Beach and the beats had scattered. Allen walked into City Lights bookstore who was owned by the beat poet, Lawrence Ferlinghetti. Allen ran into his boyhood friend that invited him to live with him in the Haight. The beats were breaking the traditional mold of writing and the hippies kept going and brought a full blown psychedelic experience from the streets in the cities to becoming one with the universe.

Where would you really wanna go with a time machine and what memorabilia (books, records) would you put in?

Time machine would be that the establishment embraced the youth and the positive changes we wanted for the world. 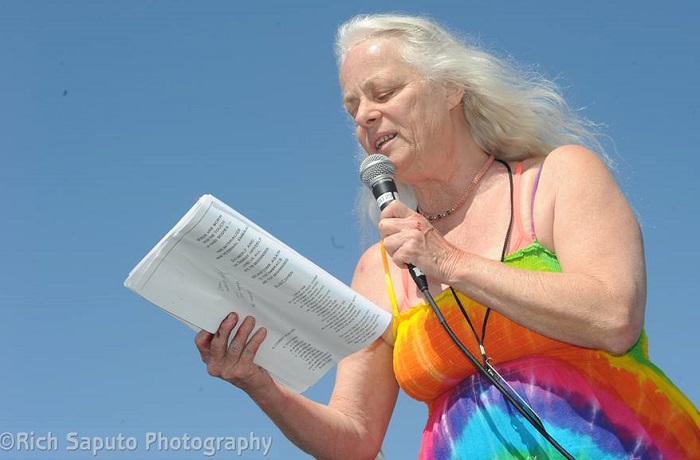