Pastor/author/songwriter & guitarist Rev. Jimmie Bratcher talks about his journey in the Blues world

"The Gospel is about love and struggle to make that love possible. Isn’t that what the blues is about too?"

The Blues are all about the soul of a man. Who better to play the blues than a man who lost it all only to regain it again? Thats what The Reverend Jimmie Bratcher is about! A man who gave up his love of the blues for a higher calling, only to have the blues come back to him as his higher calling 20 years later. A boy who went to Memphis to follow a dream that over 25 years later is realized every time he steps on the stage in blues clubs like Club Isaac Hayes in Memphis or The Ground Zero in Clarksdale Mississippi. 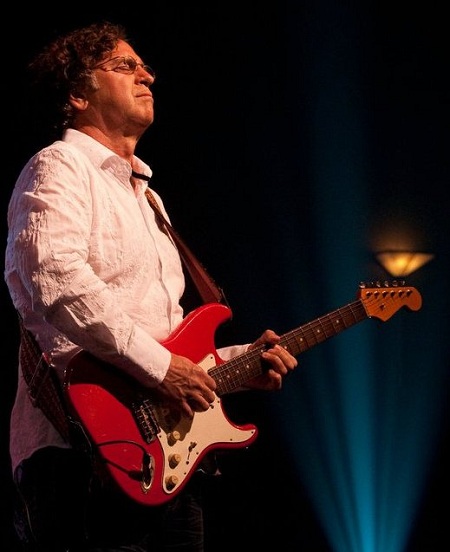 Pastor, author, singer, songwriter and guitarist, “The Rev” preaches in churches every Sunday, but on Saturday nights you’ll find him sharing his amazing testimony and blistering guitar licks onstage in blues clubs and at music festivals, prisons and biker rallies throughout US & UK. Jimmie’s unique style of taking ministry to the people has resulted in millions being influenced by the gospel. Bratcher’s brand of ministry has been embraced by blues festivals and biker rallies such as The Legendary Buffalo Chip, Bikes, Blues & BBQ, Blues on the Hill, Simply the Blues Festival and Boxcar Full of Blues. He has appeared at venues with blues/rock greats including Leon Russell, ZZ Top, Bob Dylan, David “Honeyboy” Edwards, Otis Taylor, and Hubert Sumlin.

When was your first desire to become involved in the blues music and what does offer you?
Age 13 a janitor in my school lived on the “wrong side of the tracks” invited my to come over and jam. He drug out this old guitar and amp on his front porch and started to play. I was shocked at the sound coming from his fingers. Ever since that day I have been taken by that tone. I can’t make a guitar sound like he did because everyone has their own tone and I’m just trying to be true to my tone.

I learned to feel music not just hear it.
The blues to me is about living. Life is tough sometimes and so is the blues. 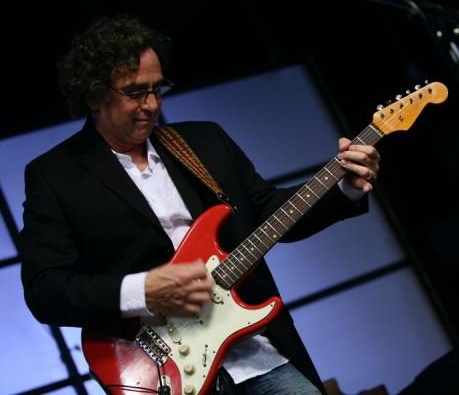 Songwriter,
Larry Howard from the southern rock band Grinderswitch produced my first two albums. In pre-production of my first album he asked me “who are you singing these songs to?” From that moment I understood that my songs were not about notes, lips and runs they were about/for people. That one conversation help to make me focus on writing things that I am passionate about that I hope touch people.
As musician, I had all but stopped playing until my son Jason (who also co-wrote Jupiter & Mars) raised the money to buy me a guitar. Once I got his gift I knew I had to start playing again. I am not sure I would have ever returned to it without Jason’s motivation. Once I got the guitar I started writing songs, the first song I wrote is on my first CD Honey in the Rock titled “Can’t Get Over It”. You can download that album free from my web site.

How/where do you get inspiration for your songs & who were your mentors in songwriting?
Songs/inspiration comes from everywhere! Songs are not about writing they are about listening. If you are a good listener and quickly write things you hear down inspiration is everywhere.
Which was the best moment of your career and which was the worst?
Every May & December for the past several years we play a prison event in central Kansas. The men there love the music and the message. One year we were doing a December Christmas event and during the breaks between songs the inmates began to shout out some of my song titles. So I finally gave in a started up one of the songs but I had forgotten my own lyrics. To my shock the men stood and began to sing back to me my own song, needless to say I was shocked. It was the song “Change Me” from my “Something Better” CD. Several days later as I relearned the lyrics it hit exactly what they were singing. “Who I am is not at all, who I wanted to be come and where I am in not the place I wanted to arrive. Change Me, Change Me”. I will never forget that moment.

What are some of the most memorable tales from the road with the Blues? 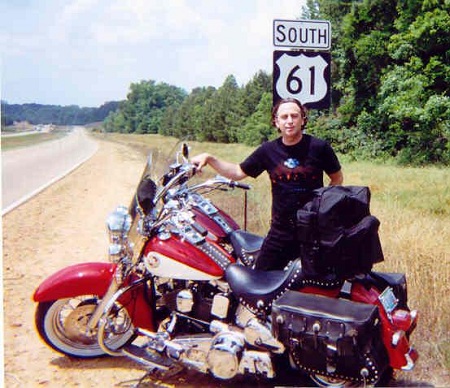 One of the tales that got me started is the story of The Crossroads. In 2003 I was on a motorcycle trip through the delta. We didn’t have a plan just wanting to see some blues sites and maybe hears some music. Our first stop was Clarksdale, MS. When we pulled into town we stopped at a stop light and noticed the monument marking the Crossroads. We were talking about where we should go, when a man named “Doc” in pickup truck appeared and asked “are you boys here to look at my town?” Well “yeah what should we see and where can we get some BBQ”? “Well, Abe’s BBQ right here at The Crossroads”. So we chatted and Doc when found out I was a blues guitar player he said, “I know some folks who are into the blues around here do you know Morgan Freeman? Come on lets go downtown to his place, Ground Zero Blues Club”. From that meeting I was invited to play at The Crossroads Bikes & Blues Rally and Ground Zero Blues Club! All because I meet a man at The Crossroads.

Are there any memories from recording time with Jim Gaines, which you’d like to share with us?
This is the second time I’ve worked with Jim as he produced my 2006 release “RED”. During the sessions for Secretly Famous we were mixing guitars and WOW it was loud! I said to Jim “Man those guitars are loud.” His repsonse “GOOD” and he went right on mixing. Jim is a class act in every way I am proud to call him my friend.

Some music styles can be fads but the blues is always with us. Why do think that is? Give one wish for the BLUES
The blues if done right are emotional.

Gigs, March 8, 2013 was a first for me, two sold out shows at The World Famous Knuckleheads Saloon.

That “feel” you speak of I think is always there. That’s what makes the blues, the blues. Do you believe that there is “misuse”, that there is a trend to misappropriate the name of blues?
Not that I am aware of.
I do know that some folks only want the blues to be tied to the past.
I do think that we should/must give honor those great men & women who blazed the trail for us. I do think that the influence of the blues in music is everywhere.

How important was the role of the Gospel in the case of Blues music?
The Gospel is the root of the blues and many early blues men bare this out. Guys like Son House and even BB King all had roots in the Gospel. To me it is a shame that the church rejected these great men and women who influenced so many.

What's the legacy of Gospel and Blues culture to modern civilization?
The Gospel is about love and struggle to make that love possible. Isn’t that what the blues is about too?

You are also known of your gigs in prisons and biker rallies. Would you tell a little bit about that? How is the feeling on stage and back?
Prison is one of those places where you must sing the blues. The crowds in prison are the most thankful that I have ever seen. Prison is a hard place and those men & women are thankful that we are there to play the blues and share some “Good News” with them. I would love to do a live DVD behind the walls sometime.

What is your music DREAM? What turns you on? Happiness is……
Being able to play music for as long as I can. Today I am living that dream.