"A beat motto and what I've learned from the Beats would be: When the going gets weird, procrastinate."

Yale playwright Paavo Hall was born in Bamberg, Germany. His mother was Finnish and he was named after his grandfather. He received B.A. in history from the University of Nevada, Las Vegas. After serving three years in the army, one year in Viet-Nam, he went on to get his Masters in History from the University of Nevada, Las Vegas and then worked for two years as a croupier. After leaving that job, Paavo received his M.F.A. in Playwrighting from the Yale University School of Drama. Subsequently he taught English at Mosul University in Iraq, drove a cab, and taught English at King Saud University in Riyadh, Saudi Arabia. Now he lives with his wife in Great Falls, Montana. 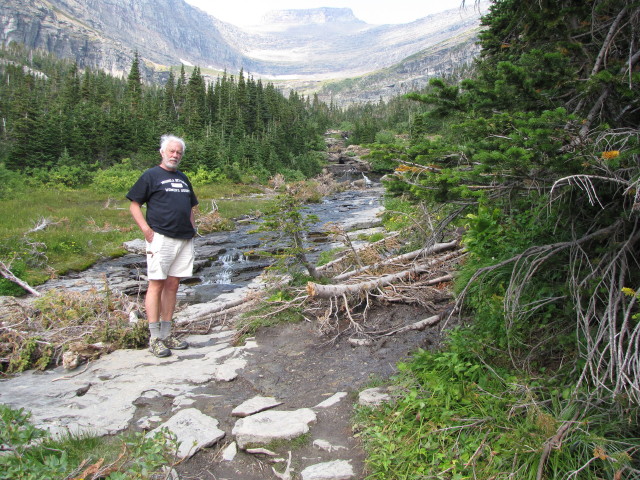 Paavo Hall is the principle playwright of BEAT

Paavo wrote plays that have been performed at the Yale Cabaret, the Yale Repertory Sunday Series, the Kozo Theater Development (now defunct) on Off-Off Broadway, and the Utah Shakespearean Festival. Most recently he wrote with Walt Klappert and Jon Howard “BEAT” - exsplores the conspiratorial lore and poetry from the Beat Generation of the 1950's - which has received readings at the Beat Museum in San Francisco, Bedlam Magazine and the Cafe Metropol in Los Angeles. Paavo have one published play, "D-Day" anthologized in LUCKY 13, edited by Red Shuttleworth. He's a part-time instructor teaching college courses in English and history to embarked sailors of the U.S. Navy.

When was your first desire to become involved in the Beat literary? How did the idea of the “Beat” come about?

The decision to write a play about the Beats was made at a party after a reading of my play MARDUK that Walt Klappert had produced. At the party we met Jon Howard who suggested that we might work together on a play about the Beats. Walt had already made a short video of "Howl" and Jon had attended the Naropa Institute where he'd met Ginsberg and later got to know Abby Hoffman and others who traced a major part of their cultural heritage to the Beats; as for myself, I had hardly any acquaintance with Beat literature, except for Kerouac's MEXICO CITY BLUES. My cultural heritage had found its best expression in your countryman, Nikos Kazantzakis, and I could see the link, the quest for spiritual freedom, between the two.

About secrets: Governments keep secrets; I don't believe the Beats did. 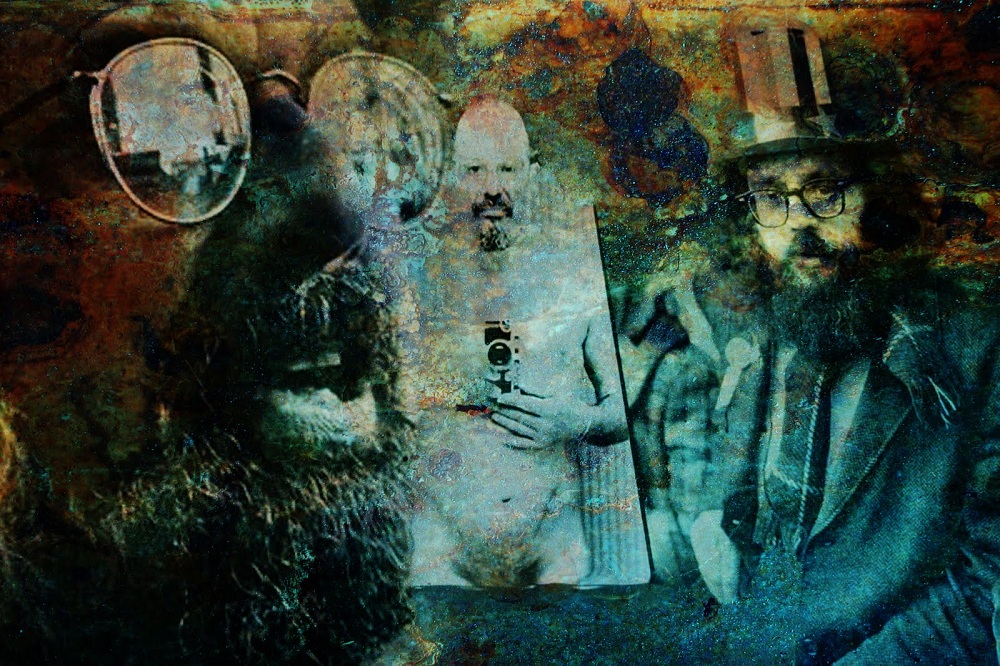 Which is the most interesting period of Beat generation and why?

The most interesting period of the Beat movement was, I believe, from the meeting of Ginsberg, Kerouac, and Burroughs in 1944 until 1955 and the first reading of "Howl." I believe that the Beat aesthetic was well established before Neal Cassady, Gregory Corso, and Gary Snyder came along.

"Howl" is my favorite Ginsberg poem; MEXICO CITY BLUES, my favorite Kerouac poetry; I like much of Corso's poetry, "God is a Masturbator" is a good example. I don't think Gary Snyder was a very good poet; he's unimaginative, but I admire his Buddhism.

The Kerouac novels that are most memorable for me at the moment are TRISTESSA, and BIG SUR and parts of the SUBTERRANEANS; they describe psychic difficulties that weren't overcome by Beat positivity, yet Kerouac the Sufferer was able to stare at them honestly and describe them with scientific accuracy and poetic genius. I love most of Kerouac's work though I was puzzled by SATORI IN PARIS. I'm going to read it again; I didn't like VISIONS OF CODY, a work that proves that spontaneous prose needs tuning up and adjustments. I also like JUNKIE by Burroughs; his style and attitude, spare and aloof in JUNKIE, plus the fascination of listening to an expert talk about drugs, made this for me a non-stop read. I don't much care for NAKED LUNCH and his other stuff.

I like Ginsberg's poetry when he's not worrying about or praising homosexuality. When he's describing the disgraceful conditions created by America's lust for world domination, he's at his best. I believe that "Howl" and MEXICO CITY BLUES offer the essence of Beat poetry.

Make an account of the case Beats and music. Who from THE BEATS had the most passion for the Blues & Jazz?

Kerouac had the most passion for jazz and blues; he also listened to a lot of classical music. In fact, listening to Beethoven's 5th Symphony inspired him to quit the Columbia football team. It was Brahms' 1st Piano Trio that led to the meeting of Ginsberg and Lucien Carr in 1944 that led to Ginsberg's meeting Burroughs and Kerouac. It's not too far out to suggest that Burroughs was the father of the Beats back in 1944. 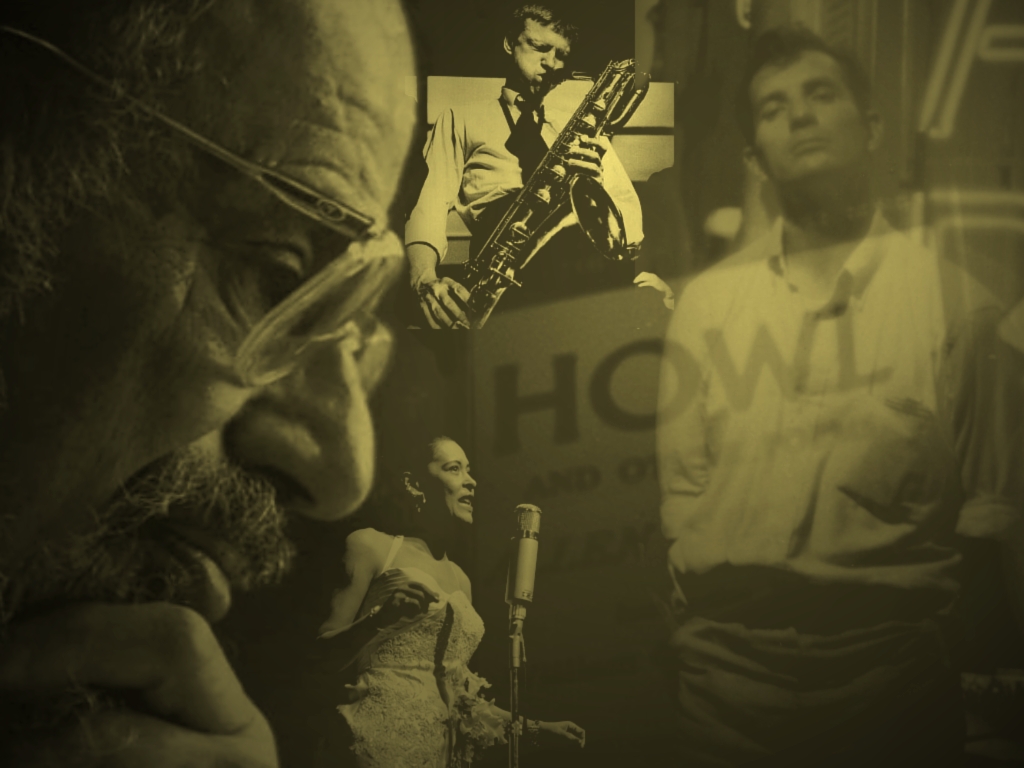 "I believe that 'Howl' and 'Mexico City Blues' offer the essence of Beat poetry."

What was the relation between Beats, music, Buddhism and psychedelic experiences?

Your question about the relations between the Beats, music, Buddhism, and psychedelics deserves a scientific treatise, but I have an easy answer; they all have something in common: they live by, enhance, and magnify awareness of the moment; Buddhism does it philosophically, psychedelics do it chemically, and music gives it wings. Unfortunately, chemical dependence and lack of spiritual discipline can deprive music of its elevating powers, and the expectations from previous momentary highs can lead to severe disappointments, a condition that Buddhism warns about.

If Jack, Neal, Allen and William were between us nowadays, what do you think would tell us?

If Jack, Neal, Allen, and William were around today, I'd like to think that they would be too busy experiencing the condition of the world as it is now to do much talking, and the talking they did would be guided by Kerouac's maxim of "first thought, best thought", which is very much in the spirit of Zen. Wouldn't you agree?

What would you like to ask Ginsberg? How you would spend a day with Kerouac and what advice would you give to Burroughs?

I would like to ask Ginsberg if he'd been reincarnated; I would advise Burroughs to go back to the writing style of JUNKIE and QUEER; and I'd probably spend the day with Kerouac drinking beer while he drank scotch and/or bourbon and he'd do all the talking till I passed out, better and wiser for the experience. 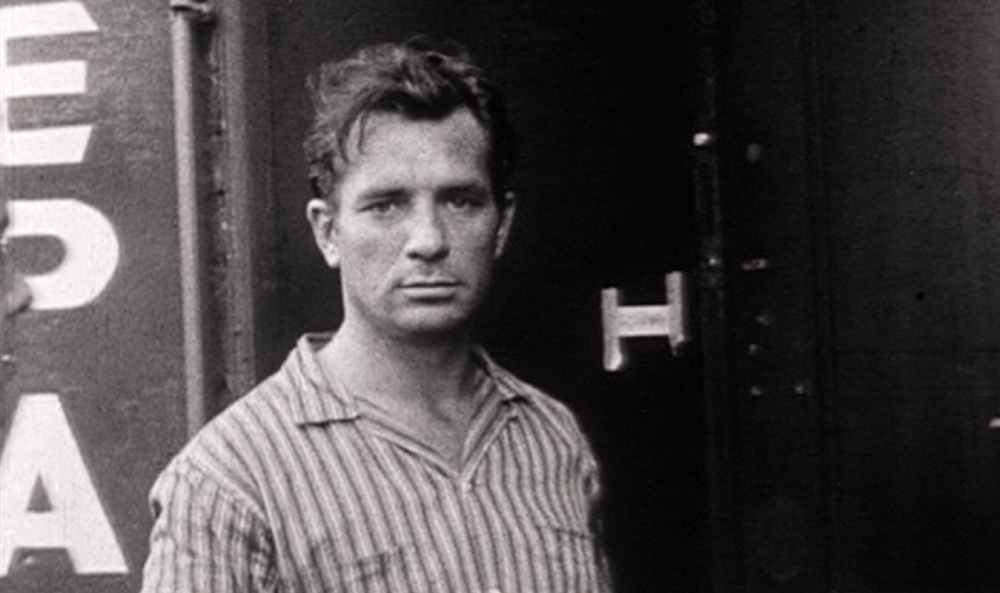 "Kerouac was as close to being a saint as our post-modern world can take."

What would you say to John Clellon Holmes?

I'm glad you're asking about Clellan-Holmes; he was around for the best days of the Beats and had a genuine appreciation of them though he resisted being part of the "gang."

John Clellan Holmes never claimed to be a Beat, but he was a saintly character nevertheless. He was one of the first to recognize and appreciate Kerouac's genius. He chose to stay in the mainstream not because he feared the uncertainties surrounding the Beats, but because he was not temperamentally Beat. An admirable character.

A beat motto and what I've learned from the Beats would be: "When the going gets weird, procrastinate."

How you would spend a day with Gregory Corso and what advice would you give to Neal Cassady?

I would have advised Neal Cassady to slow down and spend more time reading, and writing. If I could spend a day with Corso, we'd probably smoke some grass, I'd turn down the heroin, drink a case of beer and listen to some good music; he liked opera.

What's the legacy of all these legendary Beat adventures? Mostly spiritually. The Beat was more ghosts or humans?

I believe that the original Beats, Burroughs, Ginsberg, and Kerouac didn't want or like the idea of a Beat movement but would have appreciated the creation of Beat individuals. I'm sure there are many of them out there now, but not among celebrities like Johnny Depp, but maybe the late Hunter Thompson; but like Neal Cassady, he tried too hard.

So how do you define a "beat" individual? Kerouac wrote: "Beat means down and out but full of intense conviction."  For much of my life I have fit this description as have most of my friends.

Another word about Burroughs: he introduced Kerouac and later Cassady to the work of the historian Spengler. Spengler is mentioned in several of Kerouac's novels. He was the historian of vital change and its inevitability. The Beats were inevitable and left a great legacy: Even more than Einstein, they made being thoughtful heroic. For me, Kerouac was as close to being a saint as our post-modern world can take. 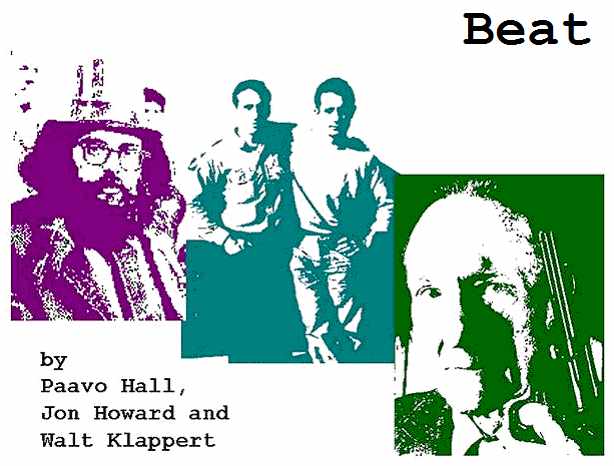