"Coltrane spoke to God. All the aspirations of humanity are in that opening riff of A Love Supreme."

Steven Taylor is a poet, musician, song writer and ethnomusicologist. He has published two books of poems and a musical ethnography, False Prophet: Field Notes from the Punk Underground. He has composed music for the theater, film, radio drama, and installations and made more than a dozen records with various artists. He has toured and recorded with Allen Ginsberg, Anne Waldman, Kenward Elmslie, the Fugs and the New York hardcore band False Prophets. He teaches poetry workshops and literary theory classes in the MFA and BA programs and the history of the avant-garde in the lower division. His articles, reviews, essays, and poems have appeared in various anthologies and zines. From 1976-1996 he collaborated on music and poetry works with Allen Ginsberg, and has been a member of the seminal underground rock band The Fugs since 1984. From 1990-2008 he was on the faculty at the Jack Kerouac School of Disembodied Poetics at Naropa University. He is senior editor at Reality Sandwich.

Since 60s – what has changed towards the best – for our civilization and culture…and what has gone wrong?

There seems to have been a broadening of consciousness about human rights, particularly in the US. Gay rights, Civil Rights, women’s rights to some extent, though not enough – we need more progress on that front. On the negative side is an increase in police-state, erosion of personal liberty, increase of surveillance, and horrendous economic inequality. 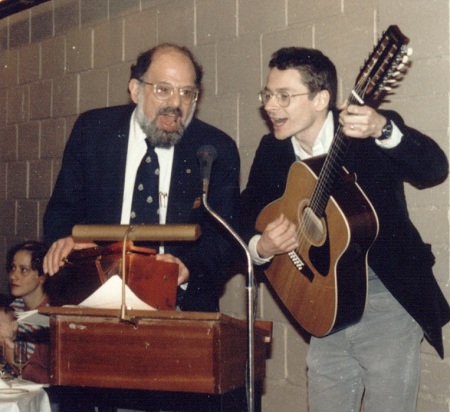 Poetry and music…can these two arts confront the organized government “prison” of the spirit and mind?

Yes. Art has always had that function I think. The prison of the spirit and mind isn’t just the government. It’s us. Art works against that at the level of individual perception. And I don’t just mean “protest” art. All art, if it’s good enough, troubles established categories. I believe this.

(Photo: Allen Ginsberg with Steven Taylor at the launch party for the UK Harper & Row edition of his "Collected Poems 1947-1980" at the Barbican, London,1985.)

Change is constant, and is constantly needed. People are enslaved and abused all over the world. Change that.

What do you believe that it is the turning point of our civilization?

Yes, in the sense that civilization can’t continue as it has in the past. We need to clean up our act.

Now. Because I have the memories and lessons of past experience and also have the unknown future. Also, I’m getting older now, and can see the breakdown of the body to some extent, so now may be as good as it gets. What experiences in your life make you a good songwriter & poetry?

Reading and singing from an early age, then writing poems and songs as a child, then hanging out with Allen Ginsberg and the Fugs for three decades. Also experiencing art as a living thing and constant presence.And learning to listen to the mind, to observe the mind without pushing some insane ego agenda all the time. That's an important skill for any artist.

Tough question. All of the best moments were performances. Meeting Ginsberg was a high point for sure. That changed everything. Worse point? Working as a dish washer in a doughnut shop.

Why did you think that the Beats continued to generate such a devoted following?

They represent a celebratory spirit that America constantly struggles over. The Beats got their “new spirit” from European poets and artists and African American culture. It’s a powerful combination, like blues,  jazz and rock and roll. People like the Beats because they like that part of the American spirit that is best – the celebration, the idea of freedom, the joy or hopefulness the Beats put forward. What characterizes the philosophy of Beats & 60s NYC's generation?

In the 1940s, Ginsberg, Kerouac, and Burroughs spoke of a new spirit. They got it in part from the European avant-garde of the late nineteenth-early 20th century. Humor, experimentation, a spiritual turn, radical freedom of expression, new visions, hallucinations. And they reacted against the hyper-industrialized, hyper-control-and-conform impulse of the post-World-War period. It was partly a nostalgia thing, an old romance, in some ways. The sixties was, in this sense, the end of the Romantic period, I would say. The sense coming out of the Romantic era and its revolutions that the individual is important, that the individual, one’s own sensations and experience are important. There is also an element of anarchism or at least a socialist politics in the sense of community organization, self-organization, small scale as important or more important than large scale. And a sense of compassion, which manifested for some of the Beats as Buddhism, and for the sixties in general in an interest in eastern religion and old pre-Christian European magic. Also it manifests in the idea that art can make a difference.

I came to NY in the 1970s, but of course my older friends were all in NY during the 60s. Life was less expensive then, slower moving, and not so dominated by technology. People had time to think and experiment.  I was talking to Ed Sanders recently about this. Now you are expected to do email all the time, to tweet, and have a cell phone, and be responding to a thousand messages all day. Ed was saying there’s no time to trip anymore, no time to just hang out and think. We were joking that now, with all the pressure and demands, you would have to hire someone to trip for you. 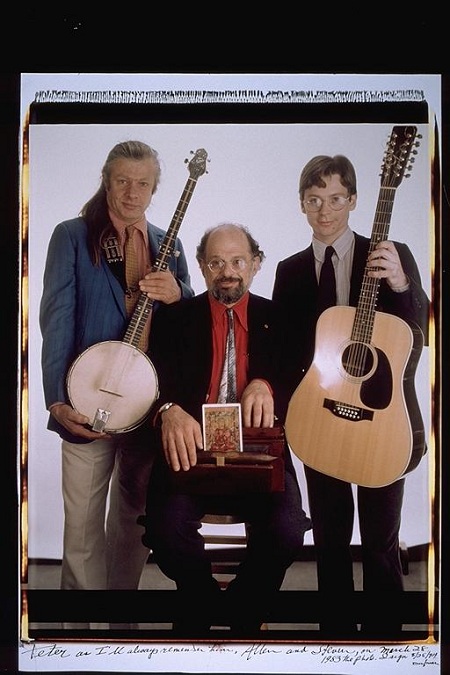 What MOTTO of yours you would like to stay forever?

To keep making music, to reach more people with it. The nightmare is the loss of loved ones through sickness.

How you would spend a day with Naropa and Tilopa?

I’d rather spend the day with the Johns. 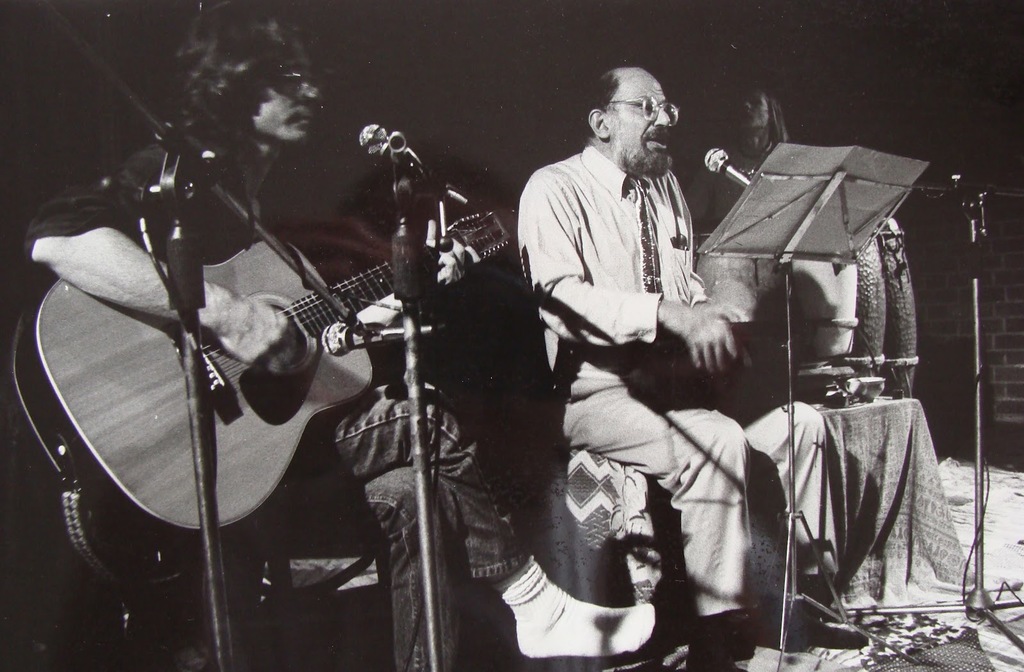 Which memory from Allen makes you smile?

All my memoires of Allen make me smile, because even difficult ones at this pinpoint are treasures.

Tell me a few things about the web magazine "Reality Sandwich". Where did you get that idea?

It wasn’t my idea. My friend Ken Jordan started the thing with Daniel Pinchbeck. Ken has a long history of working in new media. He’s a genius at it. He asked me to get involved.

What would be your first decisions as minister of education…and culture?

More money for education and the arts. 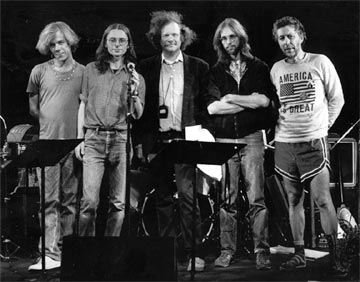 Would you mind telling me your most vivid memory from the Beat and NY avant-garde family?

Going with Allen to see a Fugs rehearsal and singing with those guys and realizing it sounded very good and afterward being invited to join the band.

Singing with Ed and Coby and Tuli is one of the greatest experiences of my life.

Some music styles can be fads but the blues and jazz is always with us.  Why do think that is?

Because it has ancient roots that are apparent in the music. It goes very, very deep into the world of the ancestral spirits of humankind, all the way back to Africa, which is our Mother. And because it is a combination of African and European influences, it reminds us that even us honkies owe life to Africa. That's an important message. The first time I heard the blues, it came on the car radio when I was about 12 years old, and it went through me like electricity. My hair lit up and I fell on my knees in the back of my father's Chevrolet. Coltrane can still make me weep for joy. Coltrane spoke to God. All the aspirations of humanity are in that opening riff of A Love Supreme. 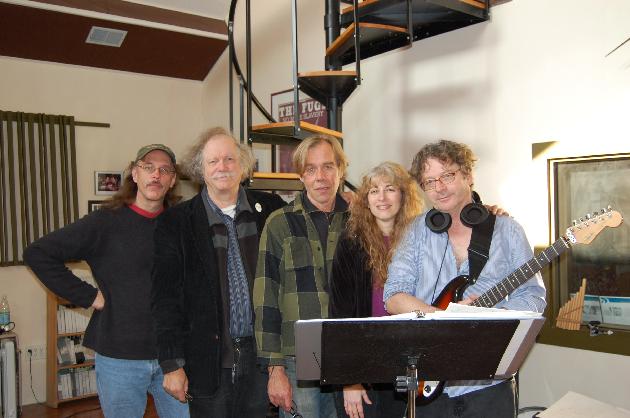