"I believe music to be the same everywhere, as long as it comes from your heart. The only difference is the language we sing in."

Jan Gałach: Fiddler On The Rock

Jan Galach was born in Katowice, Upper Silesia the Polish capital of Rock & Blues. He was soaked with this kind of music that's why after twelve years of learning in the classical music collage, he decided to study the contemporary music. The biggest influence in his style comes from: Don "Sugarcane" Harris, Jerry Goodman, Duane Allman. 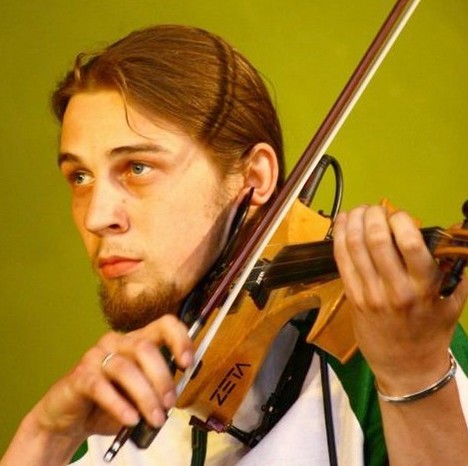 Jan, when was your first desire to become involved in the music and who were your first idols?

Since I was a little boy I’ve always wanted to play drums or the violin. My older brother Wojtek played the guitar and listened to rock, blues and it was him who was my first idol. He taught me how to listen to music and how to hold my first guitar chords. I wanted to be just like him. At the age of 7 my parents sent me to a music school and they wanted me to play the violin. Initially, I would refuse to play it since it’s a very difficult instrument and I was playing what I was told to play.

In 1998 or 99 Wojtek took me to a music club called “Lesniczowka”, where the top musicians from Poland and Silesia would play. I remember my first time actually not getting inside the pub, because my brother knew everybody and I was too ashamed to introduce myself. At the time, a Silesian bluesman Jan “Kyks” Skrzek was playing at the venue - a man I had known only from the records and cassettes that my brother had. A while later, Wojtek offered me to go to the workshops at Lesniczowka where I didn’t quite rush cause I had always been told about the violin being a classical instrument. It was then; when my brother played me a CD entitled “Krzak’i” with Krzesimir Debski playing the violin. I grew really fond of this music, so Wojtek took me to Lesniczowka again - this time to listen to Jan Skrzek and his band Krzak. 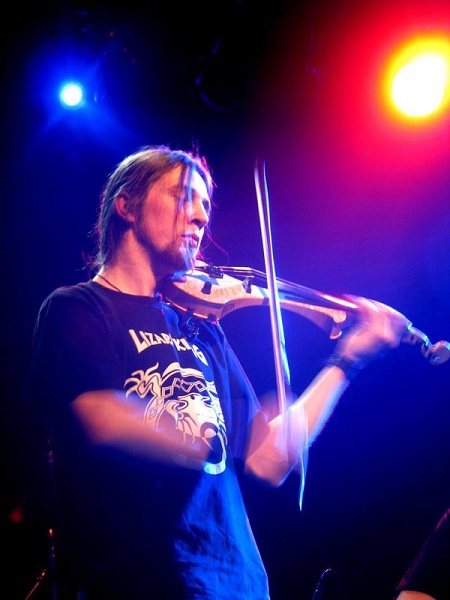 In the beginning I didn’t know how to behave while listening to the music (it was my first blues-rock concert I’ve ever been to), but Wojtek said to me: “Pay no attention to others - just close your eyes and let the music carry you”. And I let these very words carry me until today, every time I play my music. Ever since that concert I’d started visitng Lesniczowka regularly. After the said concert Wojtek continued to take me to workshops run by a fantastic musician Miroslaw Rzepa. Meanwhile, Wojtek kept showing me all kinds of new music, until he introduced me to a CD of The Allman Brothers Band.

I immediately fell in love with the sound of Duane Allman and Dickey Betts. With me being a violinist that had always wanted to play the guitar, I started to listen and copy their licks and phrases. And it is thus, that my first idol, Wojtek, showed me the music of musicians I listen to until today. In 2002, I decided to organize my first fully-fledged concert, which led me into thinking about playing music professionally. I began my own musical exploration, which made me discover the recordings of Don Sugarcane Harris and Mahavishnu Orchestra with Jerry Goodman. This was the sound that I adored the most.

I was invited to play with a flamenco band where they taught me how to play Triplet (a technique used solely by guitarists), thanks to which I started to combine the violin and guitar techniques. Finally, Wojtek showed me Derek Trucks, who quickly became my idol and remained such ever since. I could continue my story for quite some time, but I will not until my book gets published ... LOL. Honestly speaking, if it hadn’t been for my first idol Wojtek, who made me contract the musical virus while showing nothing but support until now, I wouldn’t be where I am now.

As I mentioned earlier, my first concert I have ever been to was Jan Skrzek and his group Krzak. I think the first piece was entitled “whisky” by a Polish band Dżem. I had learnt this piece on guitar from my brother. When it comes to violin, I can’t really remember because ever since I started going to Lesniczowka, it was always to play at a jam session. 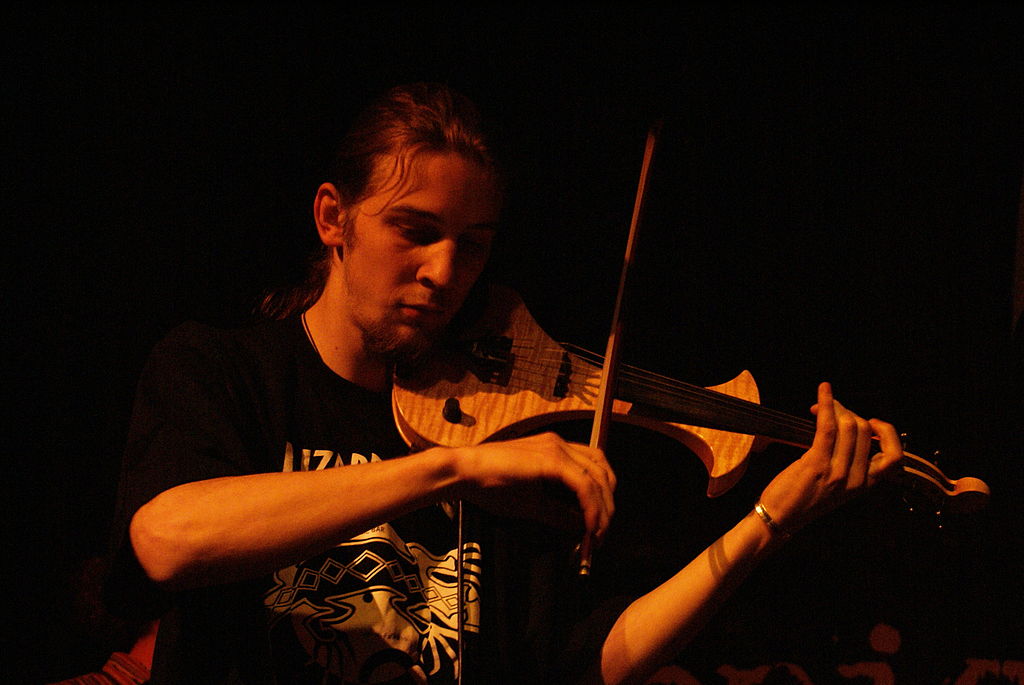 I’ve had quite a few best and worst moments in my career.

I think one of the worst things to me was when I failed my violin exams for playing popular music. Another one was when I couldn’t get through my older friends to the stage, which forced me to leave my city and start everything anew in a different one. The greatest problem I am currently tackling, however, is not having a publishing company and enough money to release my first authorial album.

As far as the best moments are concerned, I think one of the best decisions I have ever made was to leave the city, which resulted in the co-operation with Martyna Jakubowicz. That is what caused me to make my name in Poland. This co-operation resulted in my first award in the category of “instrumentalist of the year” according to “TWOJ BLUES” magazine and the first prize in the same category in a Polish blues forum voting. In this forum, I have been winning the first since 2007.

Another important point in my career was the participation in the competition organized by Derek Trucks Band and Indaba Music portal. I was then in the top five list of the competition. A few weeks later, I had a chance to meet the band after their concert, where my violin got signed by Derek and Butch Trucks.

In 2010 I was chosen the best instrumentalist of the year again, according to “TWOJ BLUES” magazine. Generally speaking, I can say that playing with the musicians I met during my career can be perceived as its best moments. I have learnt a great deal. Now I have a band of my own and I hope to have even more of such best moments. Butch Trucks of Allman Brothers and Jan in London

How do you characterize Jan Galach's progress, style and sound?

It is difficult to clearly define my sound. Most important to me is a very dark mid sound. It is as if we could combine Henryk Wieniawski, Duane Allman, Don “Sugarcane” Harris, Derek Trucks or Vicente Amigo. Then you’ll have a classical sound, the ability to tell a story with sounds Allman style, with a dry sound of Harris interspersed with a warm slide of Trucks, and a hint of a fast Amigo triplet.

Blues teaches you how to listen. These are my musical roots.

If we study the history of well-known bands of music genres they play, it will turn out that everybody began with blues, and later moved on to make their own music. Personally, this is the basics.

May the blues have its fans in young musicians who would study this genre closely and everything will be ok. 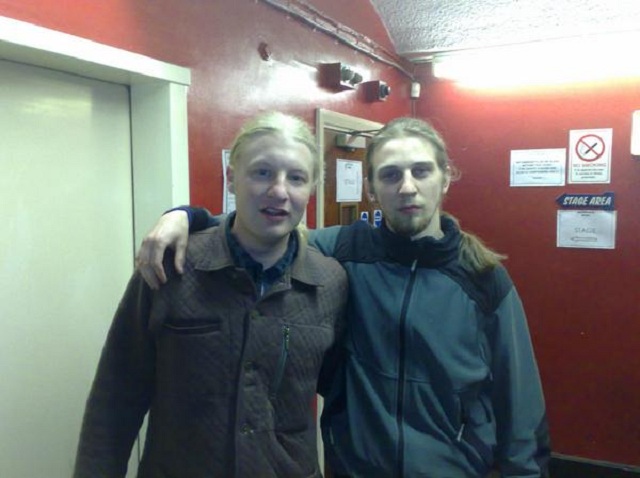 Which of historical blues personalities would you like to meet? What is your music DREAM?

I would like to meet Duane Allman. And my hidden dream is ...well ...to be a recognized musician and play a gig with Derek Trucks Band, The Allman Brothers or Gov’t Mule.

When it all began for the blues in Poland, who is considered the local "godfather" of the blues?

As far as I know from the history of blues in Poland, everything started in 1965 with the emergence of the Blackout group and Tadeusz Nalepa who is considered to be the godfather of Polish blues.

Do you believes it has the possibility of someone musician to live only with the blues rock in your country?

I have been living off music for 10 years. It is getting more and more difficult, since people have no money for culture, and music clubs go bankrupt and shut down.

From the musical point of view is there any difference and similarities between an US blues rock band and Polish Band?

I believe music to be the same everywhere, as long as it comes from your heart. The only difference is the language we sing in. 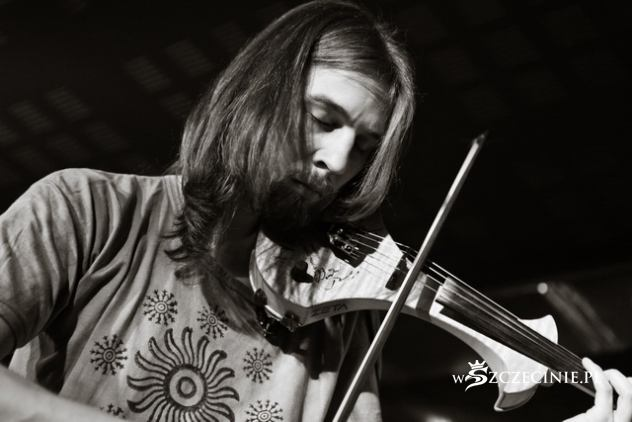 From whom have you have learned secrets about the blues music?

I learnt a little from every musician I encountered on my path.

What are the secrets of blues rock fiddle? What would you say to Duane Allman?

What are the secrets? If I told you, everybody would be playing like this.

How do you describe Jan's music philosophy?

My musical philosophy is very simple - Rock and Roll the best, fuck the rest!