"Music can heal the world. The over used phrase, music is universal is so very true and has made the best friends I have. It can raise a culture, it can take away loneliness, It can cure disease , it has power that used in the right hands is like a message from GOD."

Jamie Glaser: The Universe Of Music

Jamie Glaser is an American guitarist best known for his guitar work on popular television shows like Seinfeld, Saved By The Bell, and Married... with Children. He has recorded and toured with Bryan Adams, Jean-Luc Ponty, Chick Corea, The Manhattan Transfer, Jon Anderson, Lenny White, and Gloria Trevi. The album The Dream was his European solo release in 1989. Gander Guitars has released a Jamie Glaser signature model. Gelvin Guitars had released a Jamie Glaser signature model called the JG 2.0, it had been replaced with the JG 3.0. Glaser was a guest artist on the Isaiah Stewart albums Thrill Ride (2015), and Summer Beat (2018), which featured Randy Brecker, Eumir Deodato, and Tom Scott, with additional engineering and production by Jason Miles. Currently living in Utah, Jamie composes music for network Television worldwide and is also in his 7th year teaching at the prestigious Snow College, Horne School of Music. 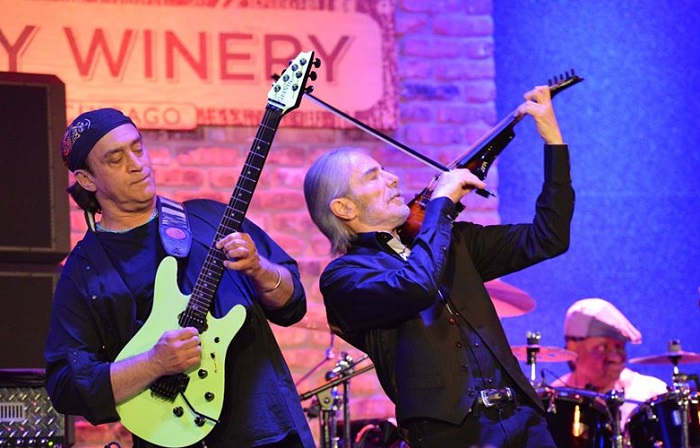 Jamie says: "I played in the school orchestra, and had a goal to go to Julliard. Soon I found that I could really impress the girls with guitar, and slowly but surely guitar became my first love. I had a number of great teachers. Tommy Lucas and Don Arnone, who you've heard on Bette Midler's “Boogie Woogie Bugle Boy.” I was very lucky that all of my teachers basically had the same style of picking, and all felt that reading music was the key to success. To this day my reading of both bass and treble clef is one of the things that I am known for. In the 1970's, guitar was popular, but most of the great music schools only recognized guitar as a classical instrument, or not at all. Soon I heard about Berklee College Of Music. Before I knew it, I was in Boston and four years later, in 1977, I graduated with a composition Bachelors Degree. William Leavitt, the chairman of guitar, was by far my greatest teacher. He was the guardian angel that was sent to me to fulfill my dreams. He suggested that I switch to composition, so that I would have more influence than a traditional guitar student. He also knew that I already was a composer with published works. There were amazing teachers at Berklee. I was inspired by all of them, but only a few really changed my life."

I don’t think of myself as a jazz musician, just someone who can play different styles of music, one style is different components of jazz. I think the most important definition that comes with jazz is about the importance of improvisation. The music can have infinite possibilities, yet you can always put your fingerprint on how you speak on your instrument and in composing. In this way I feel this has influenced my life to always know I can try another way, tell a new story, have a fresh perspective each day that I live on this planet. Having traveled the world many times because of my instrument has enhanced the appreciation I have for other cultures, other ways of looking at things and this to me has been very important to my journey.

My father was a well known lyricist for people like Frank Sinatra, Sarah Vaughn, Nat King Cole and because of his use of words, and telling stories I look at improvising, composition, and even just the way I play in terms of words, paragraphs, and stories. My musical philosophy is to always “say something” that will move a person to feel and think. I want to tell my listeners I know they are there and respect them for listening. My creative drive is from a higher power and my life would not be right if I couldn’t create every day. I always find the feeling of bringing something new to the world each day is so very important. I can’t go a day without creating. 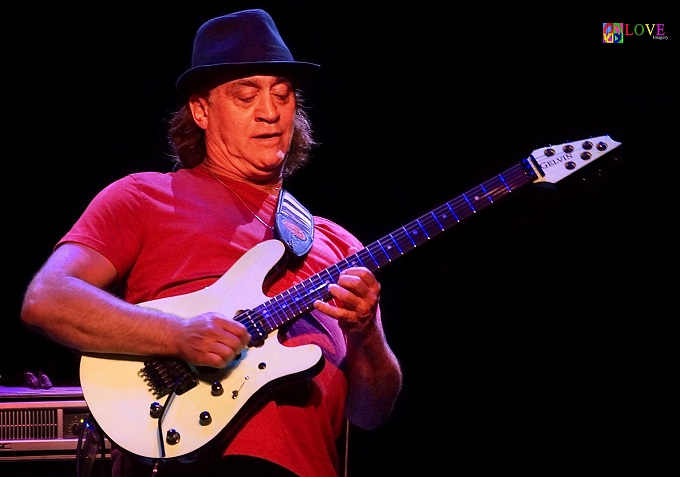 "I have learned that communication is the most beautiful thing on earth. I have learned from music to listen to the space between the notes, the silence is as important as the notes you hear." (Jamie Glaser, Newton Theater, NJ  2018 / Photo by Love Imagery)

This is a great question and I can say that talking to Carlos Santana was maybe the most memorable in my music journey. I asked him one day “Carlos...who is your favorite guitarist?” His answer not only blew my mind but also changed my life in all things. His response was “Jamie the world is round so EVERYONE can take center stage” This conversation made it so no matter who it is, and what they’re doing I always know that they are special.

Wow I am a session musician so there are 100’s. Probably the first day with Jean-Luc Ponty. I had auditioned in New York for his band and it was a very challenging audition. I had to sight read an album that had songs not released to the public till later. We did music from his Enigmatic Ocean album and Imaginary Voyage. A week later it was Jean Luc Ponty himself who called me on the phone to ask if I could join the tour. I arrived in Ohio and he hadn’t told his band I was joining them that night. They all hugged me and asked “who are you playing with here?”
I told them “I’m playing with YOU!” They were blown away, actually shocked. The greatest memory was when I walked onto the stage and heard "Please welcome Atlantic Records recording artist Jean-Luc Ponty and his band". This was the first day of my amazing career and a memory that is as fresh today as when it happened. 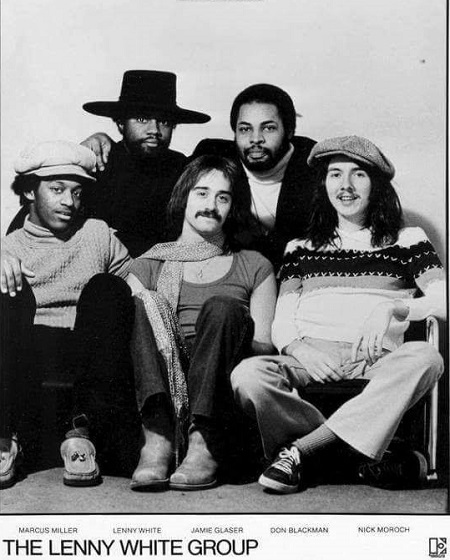 I miss the experimentation in compositions, songs that I grew up with being a 60’s kid. Nowadays the radio is all formula for sales, from pop to country music. I also miss making music with other musicians and going to amazing recording studios in NY, and Los Angeles and other major cities worldwide. These days I make music by myself playing keys, guitar and bass and hire drummers who send me parts. I record in my home studio, do my own mixes and also master. I miss the wonder and majesty of the great studios with full time producers, and the best musical engineers on the planet.

I would get rid of SPOTIFY and other streaming services that have been ripping off hard working musicians and composers and making it so hard for the young musicians to make a living as I did and still do.

Do you consider the "Jazz" a specific music genre and artistic movement or do you think it’s a state of mind?

I think Jazz is a word better left to the critics and journalists to use, I just make music.

I have learned that communication is the most beautiful thing on earth. I have learned from music to listen to the space between the notes, the silence is as important as the notes you hear.

Music can heal the world. The over used phrase, music is universal is so very true and has made the best friends I have. It can raise a culture, it can take away loneliness, It can cure disease, it has power that used in the right hands is like a message from GOD.

I would like to go to back to the first day I was born. I love my life; I love creating everyday and I’m 65 years old. I would love to have another lifetime to make music, to help heal the world and to share love, peace, kindness, understanding and joy. 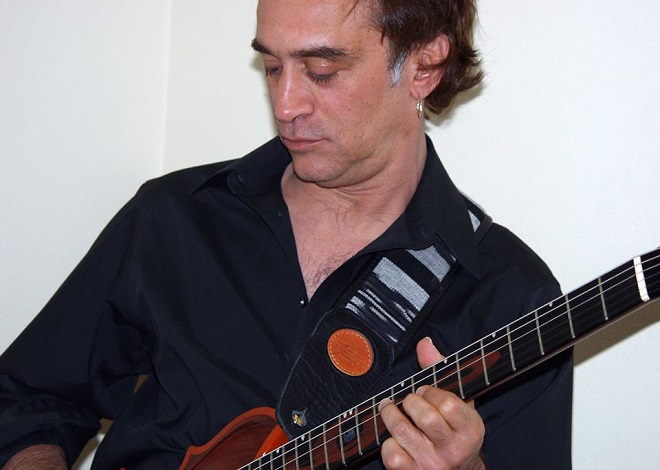