"I think good writing helps make people feel there are other people in the universe with the same worries, loves or concerns."

Mike James is the author of twelve poetry collections. His most recent books include: First-Hand Accounts from Made-Up Places (Stubborn Mule, 2018), Crows in the Jukebox (Bottom Dog, 2017), My Favorite Houseguest (FutureCycle, 2017), and Peddler’s Blues (Main Street Rag, 2016.) His work has appeared in over 100 magazines throughout the country in such places as Birmingham Poetry Review, Soundings East, and Laurel Review. He has also been active as an editor for the Kentucky Review, Autumn House Press, and his own Yellow Pepper Press. After years spent in South Carolina, Missouri, Pennsylvania, Georgia, and North Carolina he now makes his home just outside of Nashville, Tennessee with his large family and a large assortment of cats.

How has the outlaw and underground literature influenced your views of the world and the journeys you’ve taken?

The whole notion of underground literature is important because it speaks to people outside of what used to be considered the "main tradition" or the western canon, that large assemblage of mostly straight white men with a few women, a few queers, and a few persons of color thrown in to add an appearance of diversity. Underground literature exists because of all the people who don't feel they belong within any school or tradition. Maybe they didn't go the right college. Maybe they didn't go to college. Maybe the writers they like are a little off the beaten path. As someone who lives and works outside of the academy, most of the support I've received has been from poets who are operating either outside of the tradition or are operating in some parallel tradition. That’s probably the most important thing to me: the awareness that there are many traditions.

How do you describe your poetry? Where does your creative drive come from? How do you want to affect people?

I’m probably not the best person to describe what I do. I can tell you what I strive to do. I strive to be varied in my writing an in my approach. I like variety in life and I try to bring that to my writing. I enjoy working in a wide variety of forms: prose poems, free verse, ghazals, syllabics, erasures, etc. That desire to explore those forms drives me as much as anything. I love reading and I love writing and I love finding out what I think about things as I am writing them. And I love setting tasks for myself to see if I can accomplish them. 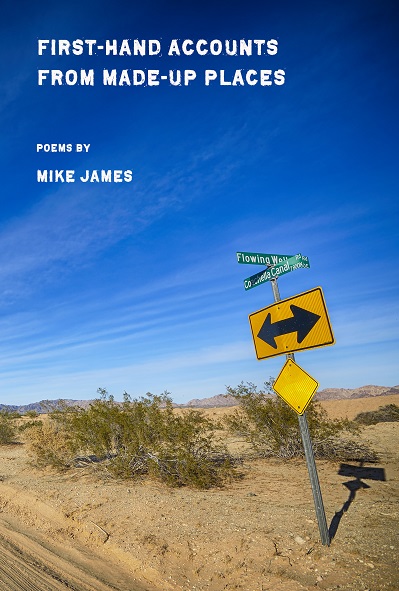 The three people I’ve known who have had the most impact on my writing are Susan Ludvigson, Michael Wurster, and John Dorsey. Susan is a wonderful poet who taught me in college and emphasized the idea that we have to follow our obsessions. Michael Wurster was the first poet I met when I moved to Pittsburgh in 2000 and he and I have stayed friends through all my moves since. He really taught me the importance of writing through all the bad stuff and not really settling on a “house style.” John Dorsey is the one closest in age to me. I’ve learned two big things from John. First, don’t put a limit on the amount of good work you can do. John is very prolific and consistently good, so he serves as an example in that regard. Second, John taught me that you can write plenty of good poems, but you will never write great poems unless you are willing to make yourself uncomfortable with the subject matter you choose.

What has been the relationship: music and poetry in your life and writing? How does music affect your inspiration?

I often listen to music while I write. Mainly old jazz (Mingus, Davis, Monk) or classical. Musicians provide great inspiration because the work of the best musicians ranges wildly over time. There’s a different Bob Dylan for every decade of his career. Mile Davis had so many different phases. The great thing about Davis is never thought of music that he should or should not like. He had no concerns about whether any of it was cool. For him, who he listened to was only determined by how his ear responded.

What do you miss most nowadays from the poetry of the past? What are your hopes and fears for the future of?

The one thing I miss is the larger audience poetry used to enjoy. People seem to read less every year and as someone who has always been a voracious reader and who benchmarks against voracious readers of the past the decline in readership bothers me.

I wish Trump and people like him did not hold positions of power anywhere in the world.

I think of it as a specific group and time frame. I think the influence of the Beat Generation continues, but the influences on Ginsberg are not my influences.

What touched (emotionally) you from Allen Ginsberg? How does the underlying philosophy of On the Road impact you? You are actually the second person to ask me about how Ginsberg has influenced me. I even have a poem in my collection, Crows in the Jukebox, about a dream I had about Ginsberg. I love Ginsberg’s skillful use of the long line, as well as his endless courage and bravery. Also, he is a wonderful example of how to support other poets and writers.

In regards to On the Road, I think Kerouac’s idea of writing from the back of your consciousness has been deeply influential to me.

"I often listen to music while I write. Mainly old jazz (Mingus, Davis, Monk) or classical. Musicians provide great inspiration because the work of the best musicians ranges wildly over time."

What is the impact of poetry and literature to the racial, political, spiritual, and socio-cultural implications?

I think good writing helps make people feel there are other people in the universe with the same worries, loves or concerns.

There are so many places. I’d love to travel back and see my late best friend Jack. I’d love to see my grandparents again. I even have a cat I’d love to see again. Those are the sentimental answers. If I wanted to list the famous people I would travel back in time to meet, the list would be legion.  A quick list for the twentieth century would include: Delmore Schwartz, Jim Brodey, Robert Lowell, Stephen Jonas, Elizabeth Bishop, Robert Duncan, Kenneth Rexroth, Dorothy Parker, and Langston Hughes. Going back farther I’d love to meet Coleridge, Samuel Johnson, Roger Bacon, Albertus Magnus, Ptolemy, Archimedes, and Sappho.