"Its known that Blues as an African American expression transcended the colors and us, white, Latin, Asian, and all kinds started loving it just as much. If anything, like before, art transcends everything else. And we are all one again, fighting the same fight, sharing the same pain, needing the same love."

Gonzalo Bergara has emerged a virtuoso composer and one of the most talented and well-respected gypsy jazz guitarists in the world. Mixing a cascade of arpeggios with the sounds of Paris and his native Argentina, he has forged his own style of progressive Gypsy Jazz. His music exists in a way that very little music does. He has lavished such care on every phrase, built each arrangement with such lapidary precision and pared away anything extraneous, the music becomes sculpture. It has weight, density, gravity. This is serious and deeply moving. Bergara began playing professionally at age 16 in Buenos Aires. By 17 he was already fronting his own blues trio on national TV. In 2000, at age 19, he arrived in USA and toured worldwide with John Jorgensen Quintet, as well as performing and recording with hundreds of artists including Tim Hausser (Manhattan Transfer), Sylvie Vartan, Dan Hicks, and Howard Alden. Gonzalo’s touring resume covers Europe, Canada, Latin America and the USA.                              Photo by Silvana Yaques 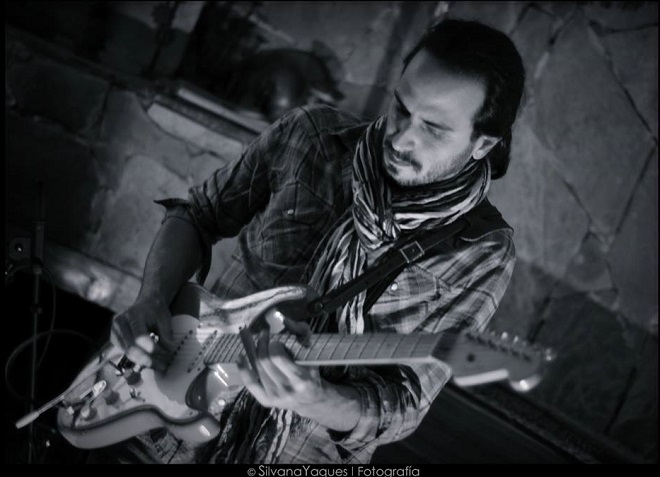 The Gonzalo Bergana Quartet explores a modern variant of the 1930s Django Reinhardt-inspired sound, tangled with the music of Buenos Aires. Their debut, Porteña Soledad (2007), earned Editor’s Pick in Guitar Player magazine, while Vintage Guitar magazine called it a “masterpiece.” In 2016, the Quartet releases, Claroscuro, their 5th independent release to date. One of Gonzalo’s projects, The New Hot Club Of America, features a triple-violin ensemble comprised the top gypsy jazz artists performing today. Modeled on the original instrumentation of the Hot Club of France, the band pays particular attention to capturing the sound, style and spirit of this music, performing music composed and performed by Django & Grappelli. Based in Buenos Aires, Gonzalo and his highly-acclaimed trio with bassist Mariano D’Andrea and Maximiliano Bergara on drums, have just released “Zalo’s Blues” (2016), which serves as not only Bergara’s first electric, as well as blues, album, but also his first foray behind the vocal mic.

What do you learn about yourself from the Gypsy jazz culture and what does the blues mean to you?

Gypsy Jazz, just like Jazz has taught me about freedom in music, there are some restrains in the form of Blues music that do not exist in Jazz. The improve level is higher, is wider. When you are faced with such possibilities everything in your music can change. In a way life is the same way, we play the way we are, our personalities show in everything we do, even more so in music. To me the Blues has always been a way of expressing something I play, I do not want to put any limitations into anything I do, I do not concern myself with what is Blues or what is Rock or what is Jazz. To me it’s all music, and for me to like it the “Blue” expression has to be in it. Call it soul, god, feeling, anything you might call it. That’s the Blues to me. The right way to do anything you do.

How do you describe Gonzalo Bergara sound and songbook? What characterize your music philosophy? 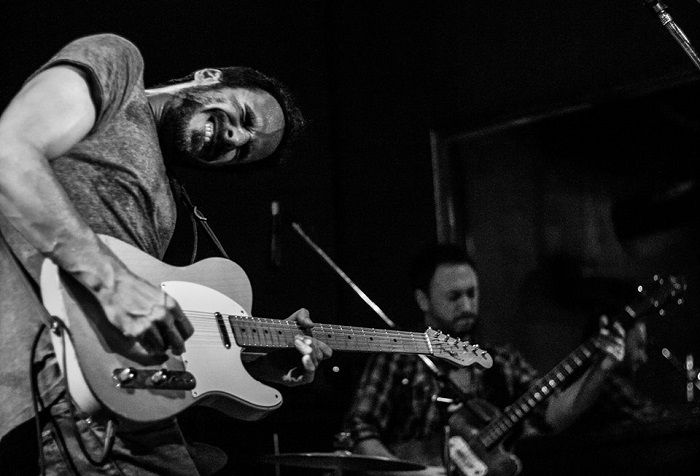 "Gypsy Jazz, just like Jazz has taught me about freedom in music, there are some restrains in the form of Blues music that do not exist in Jazz. The improve level is higher, is wider."

Touring with John Jorgensen was by far my biggest school, three years with him, I learned not only about music, but touring, managing, putting a show together, arranging all details for the tours, dealing with people, being a band leader and all things of that sort. An unknown person gave me the best advice I kept with me forever, we finished a song somewhere in South Florida in the early 2000’s. It was a smoky bar, it was a smelly place, and we played at 3 am. I finished a solo and as he walked away y he said never give up. I never knew at that time what he meant, we were really sounding good, and people were loving it, and the future was bright. I came to learn later in life that the music road is hard, and quitting sometimes looks like the easy way out. I don't know if I can get to where I want to get, You can only get to where you want to get, but I know that I’m never gonna get there if I quit.

I was playing a show in Hollywood, CA once, and I was staring at a couple of very cool looking cowboy boots, I looked up to see who it was and I said, man that guy really looks like Bruce Willis. He came to me after my song and he introduced himself, he said, Hi, I’m Bruce Willis and really dig what you guys do. He eventually contacted our manager at the time and wanted us to come to one of his places and play, but our guy at that time apparently took advantage of the situation and try to cover charge him so he got mad at us. A little bit after that I felt like I was the villain in a move with Bruce, the bad guy in a move with Bruce Willis. That was pretty special.

What do you miss most nowadays from the music of past? What are your hopes and fears for the  future of?

I’m pretty open to music, lots of things are happening that I don't like, but lots that I do. And back into he day the music that we still know today is the good music that survived, there has been bad and good music, and still there is bad and good music today as well. I love the sound of acoustic music, acoustic instruments, real instruments. I hope the younger generation continues to choose a real instrument over a computer. 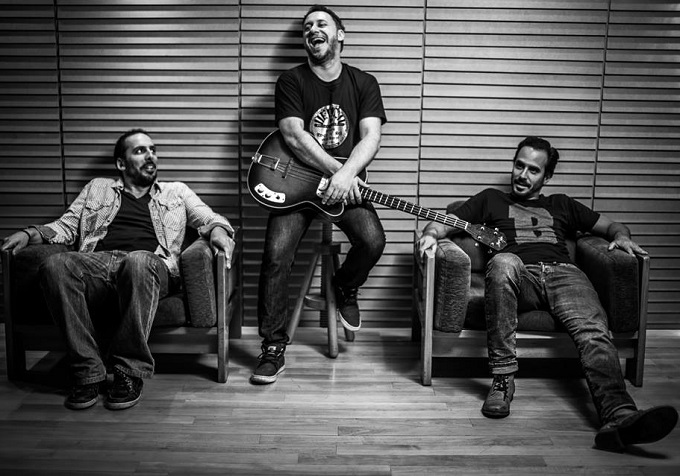 Based in Buenos Aires, Gonzalo and his highly-acclaimed trio with Mariano D’Andrea on bass and Maximiliano Bergara on drums, released “Zalo’s Blues” (2016), which serves as not only Bergara’s first electric, as well as blues, album, but also his first foray behind the vocal mic.

Make an account of the case of Jazz and Blues in Argentina. Which is the most interesting period in local scene?

The love for blues an American music in general is big all over the world. The music that is not categorized as popular such as blues or jazz and others often has societies or groups around the world. Such is the case in Argentina, us, the people that play and love the blues pretty much all know each other, specially today with social media websites. We have big big fans that have the economical possibility to produce shows and bring people from the US to play the blues in Argentina. Recurring artists are now Lurrie Bell, Chris Cain, recently we had Rick Estrin & The Nightcats, Anson Funderburgh is coming this October. It’s good to see people like this, they are not as popular as Buddy Guy, or BB King, or people like that, and that really shows the love for Blues in our place. Recognizing people that are not necessarily popular.

What are the lines that connect the legacy of Gypsy Jazz with the Blues and continue to Tango and Rock music?

I’d have to say the feeling, it’s like saying love or god. It’s the need to express something bigger than words. Music of course is my favorite art form, but its magical powers have been recognized all throughout history. In the end it doesn't matter the style, the way, the instrumentation, its humanity’s natural expression, it’s a need we have, it’s a survival thing, it’s away of persevering.

What is the impact of Blues and Gypsy Jazz to the racial, political and socio-cultural implications? Its known that Django was left alone due to his music and celebrity status but he Nazi’s in a time where no Gypsy would get a pardon. Its known that Blues as an African American expression transcended the colors and us, white, Latin, Asian, and all kinds started loving it just as much. If anything, like before, art transcends everything else. And we are all one again, fighting the same fight, sharing the same pain, needing the same love.

That’s a tough question, and I’d bet every year in my life the answer might be different. I would love to go back and see Beethoven direct and play one of his own Piano Concertos, follow him around that one day, for rehearsals, preparation etc.