Q&A with Blues & Rock guitarist from Chicago, Joel DaSilva - soul and blues running through his veins

"It's (Blues) one of the last true American Art forms still going today."

Joel DaSilva has soul and blues running through his veins. Born in Rockford and raised in Chicago, DaSilva, who now resides in Florida, hails from a musical family. His mother and father traveled throughout Brazil, the Ukraine, and the US - mom a singer, dad on vocals and accompanying her on guitar. His father passed away when he was only 3, but Joel continues to channel that soulful energy in his live performances to this day. As soon as he was old enough to work, Joel took a job as a bar back at various blues and rock clubs. The goal was to get closer to the feel and emotion of the music, immersing in it and the scene. Eventually, he was setting up equipment for touring bands and getting to know them - lessons from the masters and lessons in Music Business 101.                             Joel DaSilva / Photo by Jo Lopez 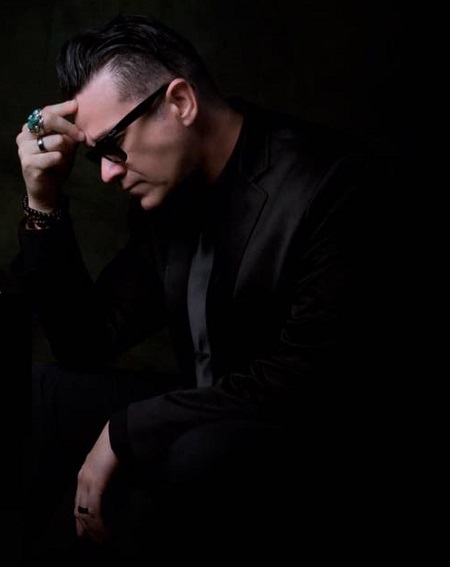 By the age of 18, Joel joined his first band, Jr. Drinkwater & The Thirstquenchers. He went on to play guitar and sing in jump blues with The Regulators, psychobilly surf band The Underbelly’s, and was the front-man for  The Hep Cat Boo Daddies for thirteen Years before breaking out on his own as a solo artist. DaSilva's resume includes acting in independent movies and performances with heavy hitters like B.B. King, AC Reed, Fabulous Thunderbirds, Reverend Horton Heat, JJ Grey, Mofro, Nick Curran, The Smithereens, and Ray Charles, among many others. The onetime International Blues Challenge finalist has played festivals worldwide - International  Jazz Festival in Canada, Tremblant Blues Fest, and Soul Live Fest in California, to name a few. Joel DaSilva and the Midnight Howl have become one of the busiest touring bands around, playing close to three-hundred live shows each year. Joel's brand new album EVERYWHERE FROM HERE (2017), produced at internationally renowned TrunNoyz Studios in Fort Lauderdale, and captures the essence of Joel's combustible new blues sound which combines elements of lo fi garage blues with a driving roots beat.

Meeting all of the different people at the shows and seeing how happy they are when I perform for them. Takes their cares away. For example ... on the last night of my most recent tour I met a young lady who came up to me and said she's been wanting to see me play for a long time and that my music has helped her go thru some hard times in her life and she wanted to say thank you for helping her cope. That was just the most humbling and amazing thing anyone has ever said to me. I gave her a huge hug and told her that SHE inspires me.

What were the reasons that a Brazilian (Soul) you started the Blues/Rock researches and experiments?

My family came from humble beginnings in Brazil. My mother and father were traveling musicians. It's in my blood. I try and carry their light with me everywhere I go and everything that I do and write.

That its honest hardworking music played by hard working musicians. It's real and raw. You can't hide in it. It's one of the last true American Art forms still going today. I adore it and get lost in its heart and soul. 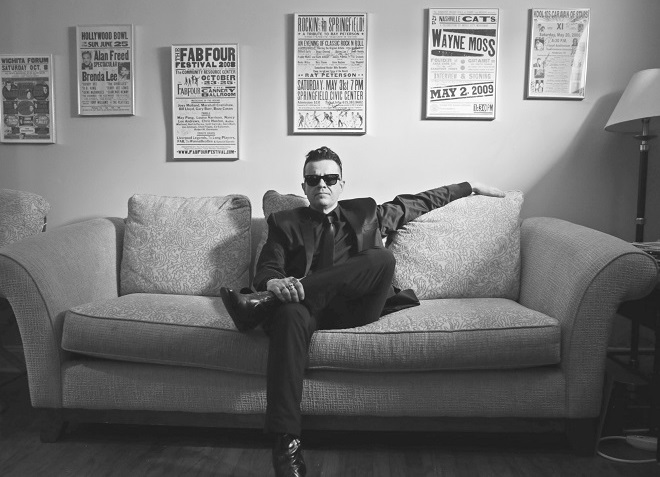 "My family came from humble beginnings in Brazil. My mother and father were traveling musicians. It's in my blood. I try and carry their light with me everywhere I go and everything that I do and write." (Jooel DaSilva / Photo by Jo Lopez)

How do you describe Joel DaSilva sound and songbook? What characterize your music philosophy?

If Johnny Cash were to meet up with Buddy Guy while having a few drinks with Bruce Springsteen at a Brian Setzer concert!

How do you describe EVERYWHERE FROM HERE sound and songbook?

I feel as though this album is my best work so far and I'm very very proud of it. It's a modern tale and take on the genre, coming from my heart and soul, exposed, meaningful, and raw. It's full of stories that the listener can take with them on this journey with me. Light vs Dark - Dark vs the Light.

To Never give up - Carpe Diem - Love - Heart - Truth - Outlaws and Westerns Light Dark Soul and Rock n’ roll till you can't no more… whew...there are a ton.

Are there any memories from EVERYWHERE FROM HERE studio sessions which you’d like to share with us?

Yes !!! To go from idea to finished product Seeing your baby (the songs) become an adult and also Working with the producer (Eddie Perez), he captured the essence and soul of what is in me ...on the album. Also Working also with the various musicians...I'm very very proud of this work. 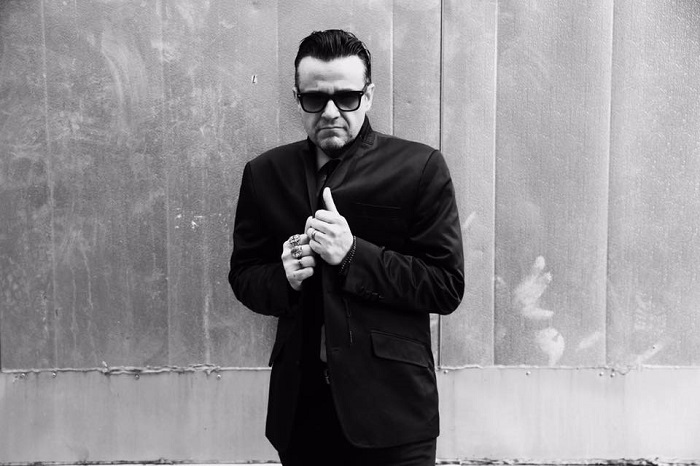 "That its honest hardworking music played by hard working musicians. It's real and raw. You can't hide in it. It's one of the last true American Art forms still going today. I adore it and get lost in its heart and soul." (Joel DaSilva / Photo by Jo Lopez)

What moment changed your life the most?

Every day can be a life changing event my friend...Life is full of moments and also life is short. Live it the best way you can, hurt no one, help forever.

Playing a few shows with BB King a few years back, playing with Buddy Guy in Chicago on last year's tour was huge too. Playing to 3000 plus fans in Canada at two festivals (Mont Tremblant and InternationalJazz Festival) was mind blowing.

There are a ton actually...My previous band toured with BB King for select dates in Florida...that was AMAZING. Such a sweetheart of a guy he was. Playing for thousands of people in my current band at two festivals in Canada and most recently performed at Buddy Guy's club in Chicago and he was in the audience, saw me perform and gave me a handshake and said I was great. That was amazing as well. Very grateful...

Writing with Pat Dinizio when I was a part of a band called "The Underbelly's" when we were signed to a major record label when I was only about 23 and we recorded in New Jersey and New York with some top cats. That was amazing as well... 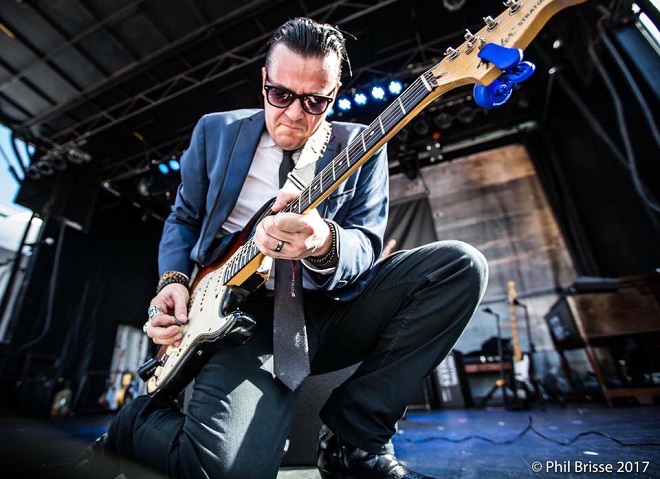 "Let's just live life that the best that we can. Blues music (like all art forms) will always be there but it's up to YOU to discover it and support it or else it will wither and die." (Photo by Phil Brisse)

The industry is so different now a days you know...I just hope that the new generation keeps the magic going and keeps the faith.

What touched (emotionally) you from B.B. King and AC Reed? What´s been the highlights in your career?

BB King was a sweetheart and so many stories he shared. AC Reed was funny as hell.

To keep my head above water in today's business. Payin' the bills and food. It's a tough biz but I love it.

What are the lines that connect the legacy of Blues with Americana, and continue to Rock 'n' Roll and Soul?

To me there are no lines...it's an open world where you can roam free.

What is the impact of Blues music and culture to the racial, political and socio-cultural implications?          (Photo by Michael Key) 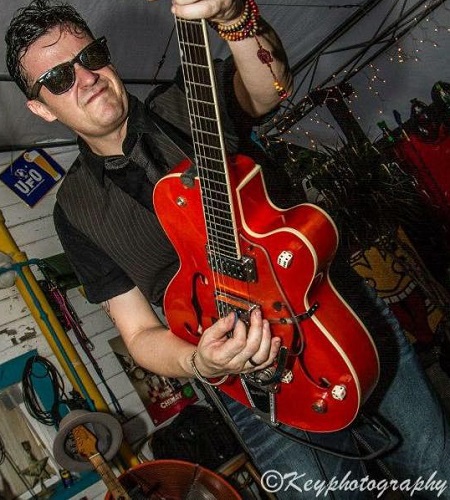 Wow that's a pretty broad question and a good one...I don't like to voice my opinions about politics any more like I used to. It just gets people riled up...But we do have to come together as One Voice in times of struggle and hardship and that's a difficult thing to do in all aspects. Let's just live life that the best that we can. Blues music (like all art forms) will always be there but it's up to YOU to discover it and support it or else it will wither and die.

Oh boy (laughs) let’s see...probably to spend time with my father who passed away when I was only three. I'd love to talk with him and have a beer or two...see what he was like.