"Women blues artist are now band leader and in control with their music choice and writing their own music. So, it is no longer a man world in the blues world."

Shirley King: Daughter of the Blues

Being the blues-singing daughter of B.B. King has earned Shirley King the title “Daughter of the Blues,” but she is an outstanding singer and performer in her own right and capable of singing any kind of music that comes her way. Just witness her newest full-length album, Blues For A King, which crosses musical genres from blues to rock to soul and back again. Even next to such high wattage guests as Joe Louis Walker, Steve Cropper, Harvey Mandel, Robben Ford, Junior Wells, Pat Travers & Elvin Bishop. Blues For A King will be available on both CD and vinyl starting June 19 from Cleopatra Blues, a subsidiary of Cleopatra Records, Inc. Born and raised in Memphis, Shirley began singing in the church choir at age nine. When she was thirteen, she met another music legend – Etta James. Young Shirley was so impressed by Etta’s performance that she made Etta her musical role model. Ruth Brown and the late Mahalia Jackson also greatly influenced the fledgling singer. Shirley says, “I grew up around the stage watching my dad become famous, but I never imagined I’d become a blues singer too.” Ms. King came late to the blues, first trying it on in 1990. Within six months, she was a regular performer at famed Chicago blues club Kingston Mines. Two years later she saw the release of her first CD, “Jump Through My Keyhole.” In 1999, Shirley released her highly acclaimed blues album, “Daughter of the Blues,” which featured her soulful, bluesy versions of classics like “Wang Dang Doodle,” “Sweet Home Chicago,” “Every Day I Have the Blues” and, fittingly, “The Thrill is Gone.” Once her father caught her act he lent his full support to Shirley’s efforts at carrying on the blues. She admits that having a legendary father helped open some doors for her, but it was her talent, charisma and high-energy stage presence, along with her big, beautiful singing voice, that put her on the musical map. From traditional blues to gospel to funky R&B to smooth soul, Shirley defies genre and her singing and stage antics never fails to excite her growing number of fans worldwide.  Shirley also believes in giving back. She has worked with kids as an artist-in-residence with the highly acclaimed Urban Gateways Arts in the Schools Program at Chicago Public Schools and continues to expose school children to the history blues has played in American culture. All in all, Shirley King continues to be the quintessential ambassador for the blues - and that’s something that would certainly make her daddy proud.

How has the Blues influenced your views of the world and the journeys you’ve taken in your life?

Being the blues singing daughter of B.B. King has earned Shirley King the title ... and the late Etta James, Mahalia Jackson, KOKO TAYLOR also greatly influenced the fledgling singer. AND TO BE ABLE TO DO MUSIC BY MY IDOL AND OTHER I'M SUPER HAPPY.

How do you describe your music philosophy? Are there any memories from Blues For A King sessions which you’d like to shares?

Daughter of the famous blues legend B.B. King, sings with passion, energy and power throughout this dynamic album! “High energy, get down, get funky, jump up and jiggle your business Chicago blues.” And to sing At Last by Etta I'm so happy and duet with Jr Wells I would say God has smile down on me.

Why do you think that B.B. King music continues to generate such a devoted following? 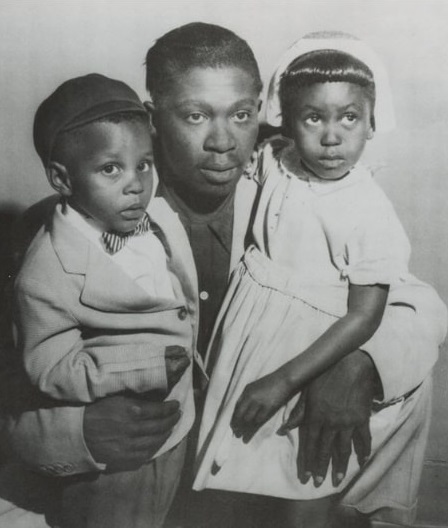 My father started to healing people with his blues in the early 50's along with helping people to accept the BLUES when it was looked at as devil music and dressing to give the blues classy and creating a note on his guitar that the world would always remember and a smile that let the world know how much he loved the blues and his fans and that is the love I want to carry on.

I hope this album will do what my father always told me to do. Don't just sing one kind of music try to venture in other music which is what Cleopatra got me doing. I miss the shows of the past and the entertainer stage presence and their clothes. And after my father and other LEGENDS that we can find ours way back by keeping the blues alive.

What touched (emotionally) you worked with kids at public schools? What are the lines that connected the Blues in American culture?

My future goal is to continue educating kids about the blues. I go into the schools and teach kids who B.B. King is and what he stands for. And other legacy blues artists like my father and how hard they work to keep the blues alive.

Women blues artist are now band leader and in control with their music choice and writing their own music. So, it is no longer a man world in the blues world.

Learning to live on what I do in the music and how I will be remember my father always told me not to coattail on his name and have my own style of blues.

What is the impact of the Blues on the socio-cultural implications? How do you want it to affect people?

With what's going on in the world I want people to use the blues for comfort. And to learn to respect the blues. I want to make people feel happy and good about life. 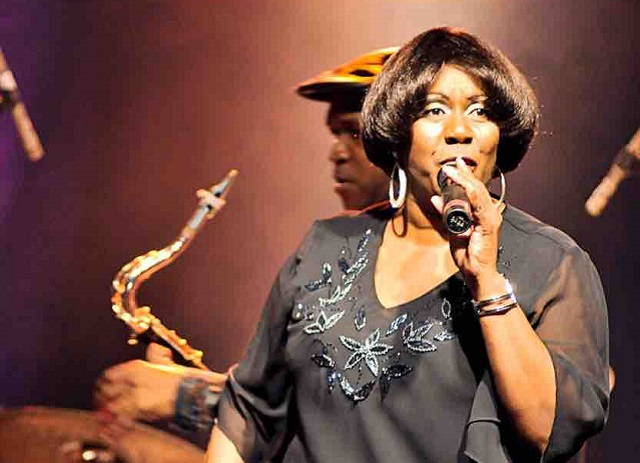