"Blues came straight from the slaves from a community that suffered a lot and this same community changed that pain into joy and brought this amazing music and this amazing culture to this world. Both the African Americans with Blues, Soul, Funk, etc. and Afro-Brazilians with Samba, Choro, Bossa Nova, etc..."

Igor Prado is a self-taught, home-grown guitarist who hails from Brazil. After backing other Brazilian blues acts for years and recording several album under the name The Prado Blues Band, Prado gives us an new album with Austrian Raphael Wressnig titled "Groove & Good Times" (2021). Old School meets New School! Their symbiosis makes you enjoy a perfect composition of authentic blues feeling with a good take on contemporary funkiness! Prado and Wressnig combine soul, blues and funk rhythms, thus provoking the production of happy hormones in the listener's brain. "Thanks to his virtuoso playing on the Hammond B-3, Raphael Wressnig has become the epitome of a modern Hammond organist".                           (Igor Prado / Photo by Marcelo Pretto) 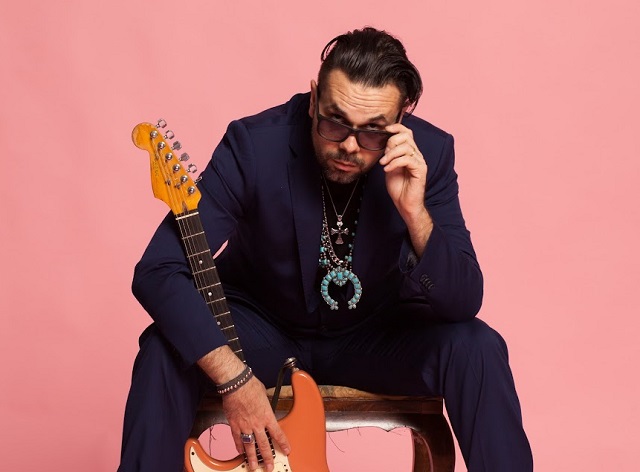 Already five times this unique musician has been nominated for "Best Organ Player of the Year" in the Critics Poll of "DownBeat", a magazine being considered as kind of Holy Scripture in matters of Jazz. In cooperation with the Brazilian blues guitarist Igor Prado he has now produced the album "Groove & Good Times" released on September 17, 2021 on Pepper Cake Records on vinyl LP, CD and all digital platforms. Lineup: Raphael Wressnig - Hammond B-3 organ & Hohner D-6 clavinet, Igor Prado - guitars, Yuri Prado - drums & percussion.

How has the Afro-American Roots music influenced your views of the world and the journeys you’ve taken?

I was fortunate to have been born around musicians in the family. My Uncle and my Father used to play a lot of “Choro Music” (kind of old school type of Samba) at the family reunions as far back as I can remember and also my father used to spin Vinyls for me, stuff like Little Richard and Chuck Berry. I don't know why but that music impacted me since the first time I heard it. My Mom used to tell this funny story about me entering in the middle one of the jam sessions with all the old school guys playing “Choro & Samba” and suddenly I was grabbing the microphone and screaming stuff like “Lucilleeeee!” Hahahaha…

Since then, I totally fell in love with afro-american roots music and was always studying, learning and trying to understand this form of art, and well, I still am…. Now my next goal will be to do my kind of blend w/ Afro-American & Afro-Brazilian styles.

My whole career was pretty much based on Blues, Soul & old school funk music but over the last five years I've been trying to develop my own voice. I just released a brand-new album (Groove & Good Times) in collaboration with my friend Raphael Wressnig, a super talented organist from Austria. We recorded a lot of grooves and we are trying to start this new approach and start to blend Afro-Brazilian culture into Funk, Soul & R&B.

About my creative drive, I don't know but I really like so much different stuff and I just don't like to do/play the same thing over and over.  That's probably the reason I've been able to work with so many different artists/styles these past years. I'm super excited about introducing this new approach/style. 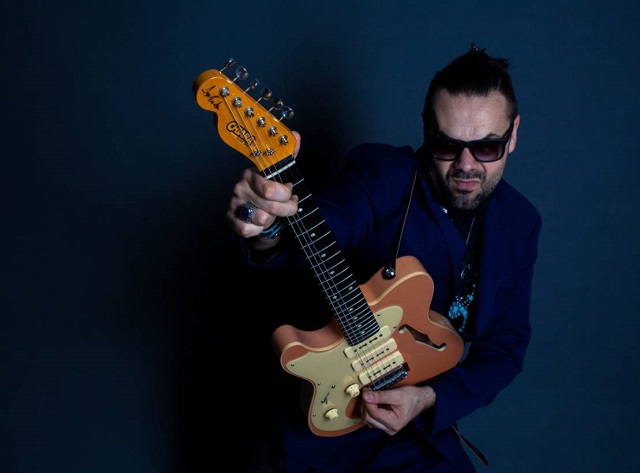 "I will take all the media/press money from big companies/artists and split w/ the underground circuit of music and see what's gonna happen..." (Brazilian unique musician Igor Prado / Photo by Marcelo Pretto)

I think you need to learn with good and bad experiences, and I think in music I learned the most with the bad experiences. Every artist that I worked with, it was important to build my knowledge in the music business. About the advice, the one I will never forget was from Curtis Salgado. He told one time “I really know what I'm good at and what I'm really NOT good at” I'm still learning from that hehehe...

Man, it's so many memories especially with the ones who are not with us anymore like Lynwood Slim, J.J Jackson & Willie Walker. I remember one with J.J, we had this complex recording session in a big room with the whole band, horns all recorded live, and I was insisting to record a couple more takes just to have it, (probably I didn't like my solo or something) and he told me “Igor a Jararaca (very dangerous snake from Brazil) never bites two times, she can bite soft or strong but you gonna die the same”. I learned so much with the old guys and I really miss them.

I miss the guys from the past hahaha... I really hope young people keep the real approach of this music, to keep it real to reach others straight in the chest/heart, the passion of those guys has been something that always moved me.

I will take all the media/press money from big companies/artists and split with the underground circuit of music and see what's gonna happen... 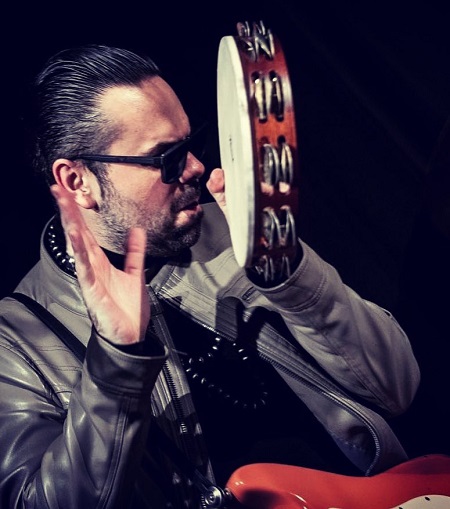 First thing to be yourself, support your music scene and don't see other artists from your niche as enemies.

"I miss the guys from the past hahaha... I really hope young people keep the real approach of this music, to keep it real to reach others straight in the chest/heart, the passion of those guys has been something that always moved me." (Photo: Igor Prado plays pandeiro)

What is the impact of Blues/Soul music on the socio-cultural implications? How do you want to affect people?

Blues came straight from the slaves from a community that suffered a lot and this same community changed that pain into joy and brought this amazing music and this amazing culture to this world. Both the African Americans with Blues, Soul, Funk, etc. and Afro-Brazilians with Samba, Choro, Bossa Nova, etc...