Q&A with UK guitarist Danny Willson of Martin Turner ex Wishbone Ash, made a huge stamp on the band's sound

"Music affects everyone, whether they realize it or not. You can overhear a song as you walk down the street, and it instantly changes your mood. Magic!"

Danny Willson: The Rock King is Back

Throw down the sword, proggers- Martin Turner‘s back in town!! Following on from shows that have seen the legendary ex-Wishbone Ash bassist/vocalist perform such classic albums, he’s now back to celebrate the 50th anniversary of the superb "Argus" - and what a show it’s going to be! Armed as ever with a tighter-than-a-gnats-gnads band (featuring the not-inconsiderable guitar-playing talents of ex-Showaddywaddy man Danny Willson) Martin’s shows are always mind-altering journeys through the best of the legendary band. Scintillating dual guitars, perfect harmony vocals, rustic English rock at its very best. And on May 21, it’s coming back in town, the one and only Gagarin 205 (Athens, Greece) with a double deal show by Simos Pavlidis' Rockin' The Blues Events, with the original members of Gary Moore Band ft Billy Merziotis. Danny Willson began playing guitar at the age of seven when he and his younger brother Rick were given presents of plastic nylon string Beatles guitars. The Leicester-based Willson brothers taught themselves to play by taping Pick of the Pops every Sunday and playing along with Cliff Richard and the Shadows Summer Holiday album. Danny's early influences were the pop acts of the sixties and early seventies, before moving onto the classic rock bands of the seventies - Black Sabbath, Led Zeppelin, Deep Purple, Jeff Beck, Budgie, Genesis, Free, Yes and...Wishbone Ash. 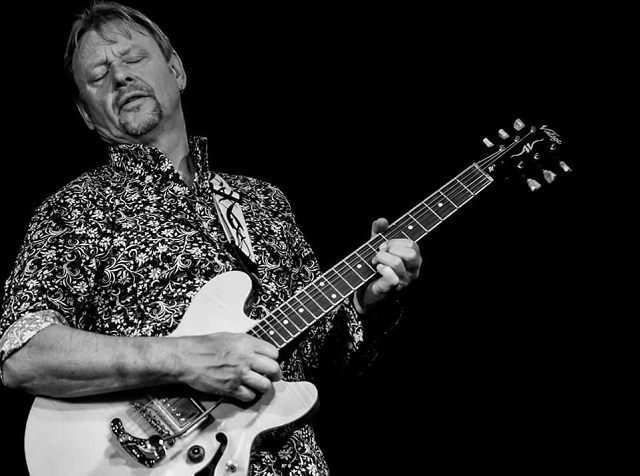 Later he would also enjoy Steely Dan, 10cc, Crosby Stills and Nash, It Bites and XTC. Danny cites his biggest playing influences as being Page, Beck, and the various Wishbone Ash and Steely Dan guitarists. After acquiring their first proper guitars, Danny and Rick Willson formed their first band The Mycrons. With its line-up aged between 12-14, the band played countless gigs in their local area. The band eventually changed its name to Mirage and won the first prize on a local talent contest. Upon leaving school, Danny took an office job, but eighteen months later decided to turn pro, joining established Leicester band Kipper. This band performed a mix of covers and originals and even released an album and two singles in 1980. Meanwhile Danny's brother Rick formed Diesel Park West. Danny spent the next few years playing with local act The Chase, before in 1995 he was offered the opportunity to join Leicester's successful pop-rock band Showaddywaddy. Several years of world touring and recording have followed including, most recently, the release of The Sun Album, recorded at the world famous Sun Studios in Memphis and featuring a collection of songs from the studio's early days. March 2008 saw the departure of Keith Buck from Martin Turner's touring band. Keith's parting gift to the band was to introduce them to his longtime friend Danny Willson, who joined at short notice and amazed both fans and band with the ease at which he stepped into this most coveted position. Danny has since made a huge stamp on the band's sound, not only with his guitar playing, but also with his considerable vocal range.

How has the Rock culture influenced your views of the world? How do you describe your music philosophy? What do you think is key to a music life well lived?

It hasn't influenced me at all. I don't really do philosophy...I just do what I feel is right.

How did you hook up with Martin Turner ex Wishbone Ash? How did that relationship come about?

The previous guitarist was an old friend. When he decided to leave the band, he gave Martin Turner my number.

Why do you think that Martin Turner/Wishbone Ash music continues to generate such a devoted following? Are there any memories which you’d like to share with us?

Great songs full of heart and soul. So many...I need to write a book! 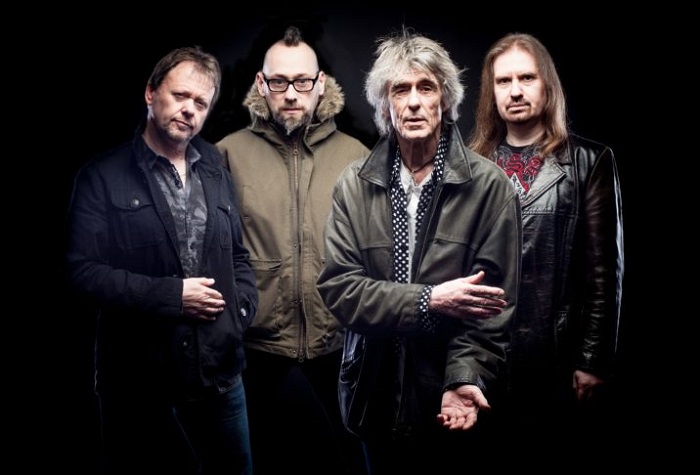 Real instruments played by real people. Singers with real soul, who all sounded different to each other. Hopes... musicians are able to once again earn a good living using their skills. Fears...It doesn't look promising!

Music affects everyone, whether they realize it or not. You can overhear a song as you walk down the street, and it instantly changes your mood. Magic!

Just enjoy what you do & let it show. The audience will pick up on that and enjoy themselves too.

What touched you from Greek promoter Simos Pavlidis of Rockin' The Blues Events?

Simos is one of the good guys in this business. There are many bad guys out there and sometimes you can't avoid them. Simos is great! He has always taken good care of us even when we had tough times such as cancelled flights! One day we had to take a 7 hour train journey instead of a quick flight, but with Simos in control it was no problem! It was fun!

Anything you'd like to say about your show in Athens (May 21st) before you go?

We will do our very best to put on a great show in Gagarin 205, playing the fabulous music of Wishbone Ash! It doesn't get any better than that! 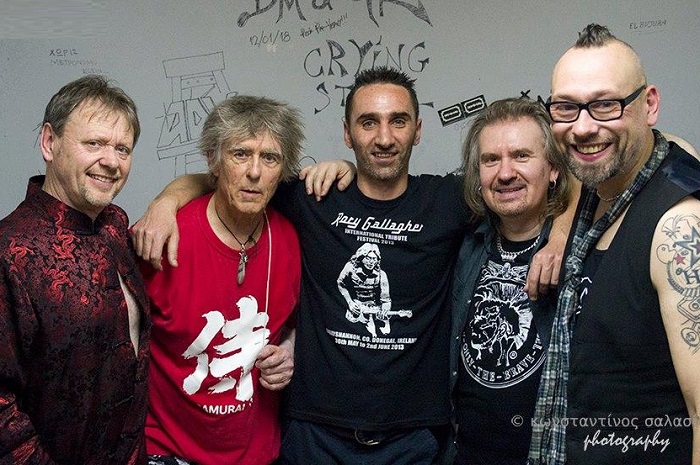