"I think Blues Rock as a whole has become a multi-cultural community."

British powerful blues rock trio, Trident Waters formed in 2014 after meeting at Blues jams in the capital. Soon after starting their own jam, that lasted for several months, came the formation of the band. They began playing blues and rock covers to appreciative audiences across the region and have since evolved into a dynamic, power trio. The summer of 2014 saw the band tour the UK and France. In 2015 the band have played over 50 shows and are now releasing their debut E.P and playing shows in and around the UK. Band’s E.P 'Tales Of Conflict & Devotion' (2016, available digitally on 20th May/physical release, 1st July) The E.P was recorded in the Black Country with magnum producer & sound engineer, Mark Stuart. 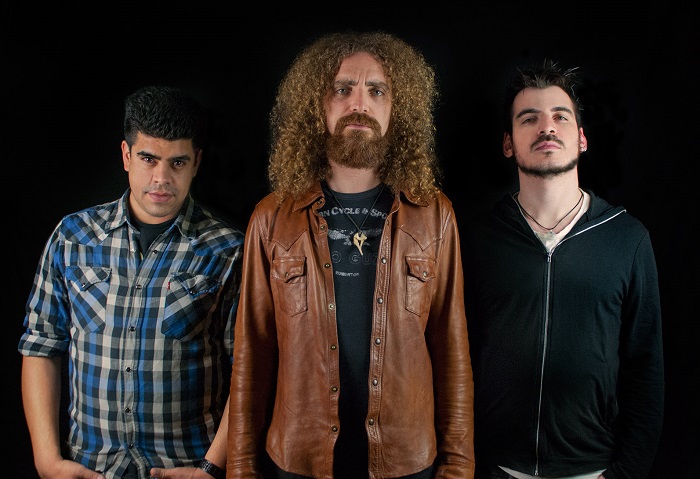 Andrew: I'm learning new stuff all the time. That’s the beauty of music, it gets you in touch with your inner self. Drawing from the well of inspiration is a very powerful and creative thing. I can consider Rock n roll to be an art form, it’s an attitude and means of self-expression. The blues is an honesty where a performer bears their soul without shame. It’s a form of confession I believe.

David: I learn through rock and roll culture how to break the rules and the tasks of an ordinary and many times boring life. Rock and roll is the best way to do that, the best for me to communicate this feeling, and share with other people. Be straight and think with your mind (use your brain).

Reno: Rock n’ Roll and Blues (and Funk too) always gave me the chance to express myself the way I am and the way I feel: passionate, energetic, dreamer. To be honest, I come from a Heavy Metal background, bands like Pantera, Sepultura, Dio, Black Sabbath, and others. This made me who I am today, but I always played blues and rock music.

How do you describe Trident Waters sound and songbook? What characterize band’s philosophy and the story behind the name?

Andrew: I think we have a powerful sound. We work hard at that, trying to bridge the gap between vintage and contemporary Rock and Blues. It’s important to not be a relic but at the same time we work to produce an energetic and soulful vibe in what we do. We try and write about stuff that’s honest and real. Variety and diversity is something we try to bring into our sound at all times. The name is a reflection of the nature of the band. It's left to the imagination of the listener to figure that out!

David: I've got a lot of experience, good and bad as well, I can say, but the last gig was a bit funny... After a really busy week... we had the EP launch on that day. For me was hard to get on the stage.. But after a long and stressed week I did it and I played with all my energy left... after that instead of celebrate I was at home with fever for 3 days!!

Reno: It’s always good to be on the road, going to festivals and gigs all over England, thanks to the band we started travelling a lot and knowing places. In addition, it's amazing getting to know people, there are so many stories to be heard and shared, sometimes we see familiar faces in some of the gigs and I really enjoy to be among artists in general. 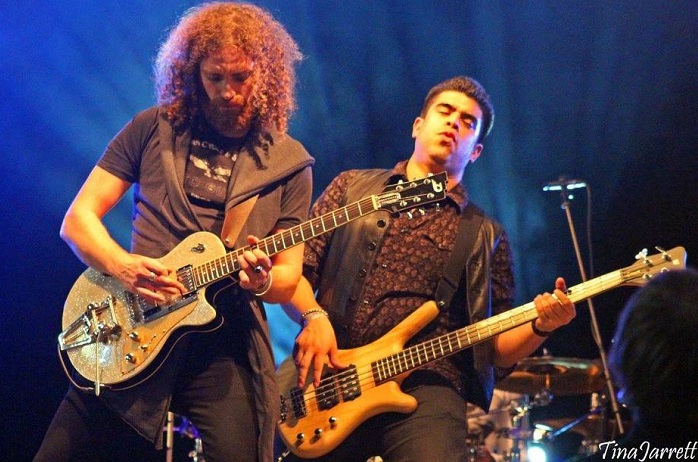 "Rock n’ Roll and Blues (and Funk too) always gave me the chance to express myself the way I am and the way I feel: passionate, energetic, dreamer. To be honest, I come from a Heavy Metal background, bands like Pantera, Sepultura, Dio, Black Sabbath, and others. This made me who I am today, but I always played blues and rock music." (Andrew & Reno / Photo by Tina Jarrett)

Andrew: I mostly miss the fact that 90% of people these days don't really get 'real' music. They're consuming X-factor inspired dross because that’s what’s forced upon them. I really wish that whole talent show thing would disappear back under a rock, I suspect this is only wishful thinking. My big concern is, when the golden age of artists all disappear who will take their place? I think that real live music has to turn a corner and artists need to be paid properly for the work they put it. If the current trend of artists not getting paid royalties and generally getting shafted then no one will want to take up music as a profession. The current state of the music business is at least partly attributable to this.

David: I miss the amount of great artists in the past and their longer music career. I think nowadays career life of artists or bands are so much shorter, limited in just few albums or songs and after they just disappear and give place to another band.

Reno: Music in the past has seen the most extraordinary and creative moments, not just in composing music but impacting on people as well. Today I think we lost that, don’t get me wrong, nowadays there are still lots of amazing artists growing, but the scene is different, in general. Because music “has to sell” today, the game changed. There is good music, it's just that you will rarely hear it on the radio or on TV. I hope that in future we will evaluate again what we are doing with all this consumism that it’s literally destroying everything, and not just music.

David: I'd like to remove talent shows. The musician must not have these kind of goals and ambitions. These TV shows are ruining the new generations' music perception. We must make music in garages, in studios, on stage...

Reno: Because I’m South American (Argentina) and I'm from the 80s, I used to watch MTV or other TV programs at that time and they were showing amazing bands playing, and very interesting interviews. I don’t know what was happening here (England) back in the day (I’m sure that it was similar, but not sure), and from my perspective nowadays the music industry focuses more on selling and making a rentable product than supporting the music scene. So the perfect world would be going back to the 70s, 80s, when music was more free and not just made to sell.

Make an account of the case of Rock n’ Blues in UK todays. Which is the most interesting period in local scene?

Andrew: There are a lot of good bands at the moment in the UK. Not many who are getting the exposure they need but the scene is healthy. The support from the public at grassroots level is not as good as it needs to be. Due to established artists charging so much for tickets it means people are only going to a handful a big gigs in a year. The result, all the smaller bands miss out on their support. That said, there are many great smaller festivals happening, Rambling Man is great as are Margate Vintage Rock and Blues and many others.

David: UK is always a great rock and blues' stage. There are a lot of great artists nowadays.

Reno: I think the Rock n’ Blues scene is growing, bands are playing again, and people is starting to appreciate more the live music. But is true that people are only paying to see big bands, or festivals, so being a small band we don’t get that much support. Hopefully this will change, not only for us, but for all the bands in the worlds. "I can consider Rock n roll to be an art form, it’s an attitude and means of self-expression. The blues is an honesty where a performer bears their soul without shame. It’s a form of confession I believe."

What are the lines that connect the legacy of Blues from Alexis Korner, the Cream and John Mayall to Trident Waters?

Andrew: That period in the 60s was very important for guitar music period. I'm just one of many millions of guitar players who have been inspired by the Bluesbreakers etc. It’s kind of the underlying inspiration in our music and many others. Cream are band I still listen to regularly. The Clapton tones on those records are kinda a benchmark for all players of this style of music.

David: "The only good music is when good musicians play for each other" with this sentence I want to describe the legacy I feel more from those great artist in the band.

Reno: I think Trident Waters has a lot of influences, included some of the artists you mentioned and some others too. We try to be open to different styles and combining them with our music.

Andrew: I think Blues Rock as a whole has become a multi-cultural community. It’s a fun place to be and a great scene to play your music on.

Reno: I think today the environment of the rock and blues is quite friendly. There is no trouble and no discrimination.

Andrew: Maybe to Led Zeppelin live at the Royal Albert Hall circa 1970. That would be a great day.

Reno: Definitely, Woodstock back in the 69. What a great moment for music! 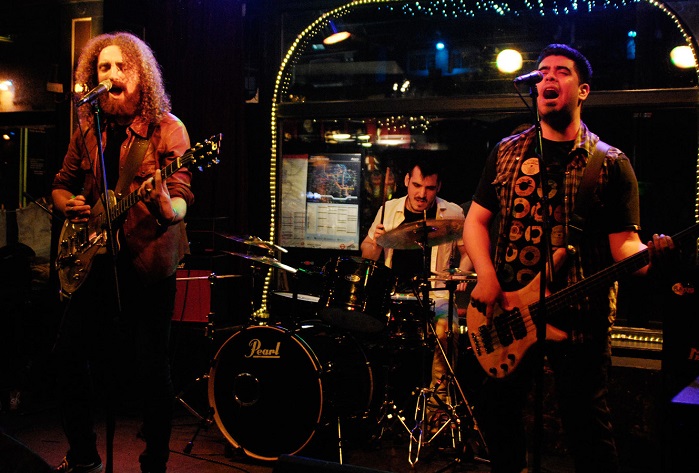 "I learn through rock and roll culture how to break the rules and the tasks of an ordinary and many times boring life. Rock and roll is the best way to do that, the best for me to communicate this feeling, and share with other people. Be straight and think with your mind (use your brain)."