"In the current divisive political and social environment, I think blues and soul music has the ability to unify people around something that just speaks to the heart, but the music also provides a vessel to highlight important issues in a subtle and non-aggressive way."

Born out of a love for southern soul, blues and roots music and a passion to create a powerful and moving experience for listeners, Toronto band Bywater Call was formed by singer Meghan Parnell and guitar player Dave Barnes in 2017 along with Bruce McCarthy on drums, Mike Meusel on Bass and Alan Zemaitis on Keys. In 2018, a 2-piece horn section was added in the form of Stephen Dyte on Trumpet and Julian Nalli on Tenor Sax. In the short time since, the band has made waves in the Toronto Blues scene and the Festival Circuit, playing Main Stages at the Tremblant International Blues Festival, Donnacona Blues Festival, The TD Toronto Jazz Festival, the Toronto Beaches Jazz Festival and the Markham Jazz Festival, to name a few. In July 2018, Bywater was named the Toronto Blues Society Talent Search Winner at the TD Toronto Jazz Festival and following that placed runner-up in the Road to Memphis competition to represent Toronto at the International Blues Challenge. 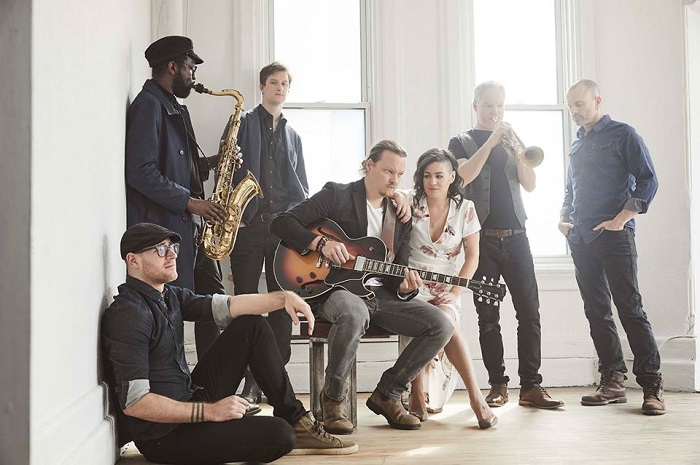 Harnessing the sounds of southern soul, gospel and blues, by the raw, powerful vocals of Meghan Parnell. With elements of jam bands, traditional blues, soul and rock and roll, with touches of New Orleans, Alabama and small town Ontario, with influences from The Band to Duane Allman to Aretha Franklin to Otis Redding to Elmore James, with solid musicianship based in jazz, and with gritty, raw and emotional vocals, Bywater Call seeks to strike to the core of all who listen. In early 2020 Bywater Call will tour Europe through 9 countries in 45 days. A true testament to the band’s strong, stirring and inspiring live performance is that this has all come about before the recording and release of their self-titled album “BYWATER CALL” (Nov, 2019).

Meghan: It’s always been in the background for both of us growing up, BB King, The Beatles, The Band, playing in the house. And a lot of soul music too – Sam Cooke is among one of Dave’s father’s favourites. My mom used to sing Janis Joplin and Jimi Hendrix to me as a kid. But we both really started digging deep into Blues and Roots music about 7 years ago and it changed everything for us in terms of where we wanted to go musically. It really spoke to us, the raw emotion of the vocal and instrumental melodies. We do our best to find live music no matter where we travel, but it’s the music specifically that drew us to cities like Chicago, New Orleans and New York. And of course, we hope to make our way to Tennessee sooner rather than later.

How do you describe band's songbook and sound? Where does your creative drive come from?

Meghan: We play music constantly at home and that acts as our driving force, our inspiration. Our songs come from a variety of influences including roots rock, soul, r&b, gospel and of course the blues. At the core, it’s guitar and vocal driven rock ‘n’ soul.

Dave: This was our first big year on the festival circuit and we played some pretty amazing shows. Mount Tremblant and Donaconna in Quebec were big stages with big clear sound and large engaged audiences. Every festival this summer was a unique and wonderful experience. At Markham Jazz Festival it was a smaller more intimate set up, where we were a little nervous about blowing everyone away with our 7-piece band … and instead, the feedback afterwards was very positive and we gained a bunch of new fans. I think I’ve met someone at almost every gig we’ve done in and around Toronto since who was at that show. 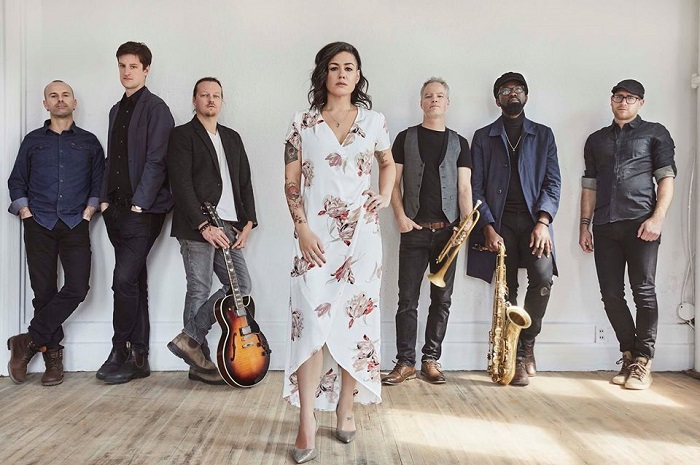 "The Canadian blues/soul sound is so influenced by the great southern artists (Chess, Motown, Stax etc), but our chilly North gives its own unique character. We feel really lucky to be surrounded by such a wealth of talent." (Photo: Meghan Parnell, Dave Barnes, Bruce McCarthy, Mike Meusel, Alan Zemaitis, Stephen Dyte and Julian Nalli)

Meghan: Mainly we miss the raw emotion and energy that comes from a bunch of people with live instruments slugging it out on stage and in the studio. I think there’s risk there in the performance that doesn’t exist in the world of tracks and DJ’s. There are still a bunch of us out there trying to hang onto that raw-ness. We have hope that there is still and will continue to be an audience for what we’re trying to do.  We just had an amazing, virtually sold out show at Hugh’s Room Live for our CD release, and it was so encouraging to see the variety of people who were interested and enthusiastic about our band.

What touched (emotionally) you from the local Canadian blues/soul scene? What characterize the sound of?

Dave: I think there is a lot of support within the scene, which is so important. There is some incredible talent out there and we have so much to learn and gain from those who came into the scene before us. The Canadian blues/soul sound is so influenced by the great southern artists (Chess, Motown, Stax etc), but our chilly North gives its own unique character. We feel really lucky to be surrounded by such a wealth of talent. We're coloured in by the deep words of Joni Mitchell and Leonard Cohen, the grit and honesty of Neil Young, Geordie Johnson, Gord Downie, plus we have current blues heavyweights like Sean Pinchin, Sue Foley, Jack DeKeyser, Joey Landreth...and easily hundreds of others. You can hear Canada in these sounds, it’s like a harmonica played with mittens on, or hot bourbon in a big coffee mug.

What does to be a female artist in a “Man’s World” as James Brown says? What is the status of woman in music?

Meghan: You definitely feel it and I do believe it’s harder for us to break in and be taken seriously … But, every time I meet a woman in this scene I am met with such warmth and inclusiveness. I think we understand that by helping each other, we’re making each other stronger. And in Toronto, there are some great things happening, for example, the Women’s Blues Review, Etta James tribute, and this year, the Toronto Blues Society Talent Search was exclusively female artists; That’s pretty awesome. There’s work to do, but if we support each other, together we can be unstoppable. 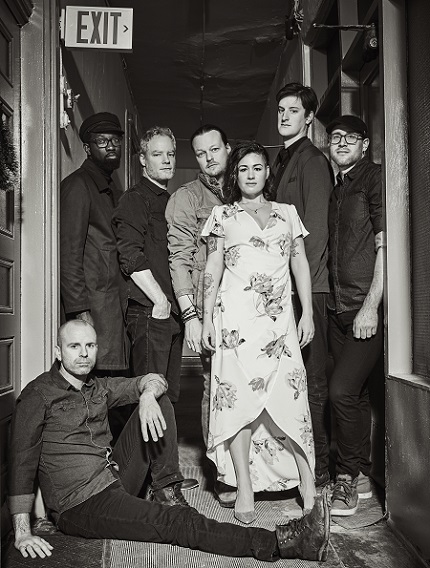 Meghan: In the current divisive political and social environment, I think blues and soul music has the ability to unify people around something that just speaks to the heart, but the music also provides a vessel to highlight important issues in a subtle and non-aggressive way.

"We play music constantly at home and that acts as our driving force, our inspiration. Our songs come from a variety of influences including roots rock, soul, r&b, gospel and of course the blues. At the core, it’s guitar and vocal driven rock ‘n’ soul."

Meghan: I think I’d like to spend a day with the Rolling Stones in Nellcôte in France during the writing and recording of Exile on Main Street. I just finished reading the Keith Richards biography and the making of that album was a pretty crazy time … and it’s so good.

Dave: I would love to have been in the room with Berry Gordy at Hitsville and/or Rick Hall at Muscle Shoals while they produced legendary tracks daily from Stevie Wonder, Marvin Gaye, Aretha, Wilson Pickett, The Stones...Hard to believe so much happened in such a short time.