Q&A with Canadian multi-talented instrumentalist, Steve Hill - one man band from Rock, Country, Folk, and beyond

"The music was new then. I find that these days, it's mostly just imitators. Not everyone of course but I wish there was more originals on the Blues scene. Then again, when the Blues gets too original or different, people usually stop calling it Blues!"

Widely considered one of Canada’s most prolific guitarists, Steve Hill has never stopped delivering wildly ambitious performances and satisfying original albums. Heralded wherever he goes, the guitarist, singer, drummer, harmonica player, songwriter and accomplished producer is a musical force to be reckoned with. Forget the fact that he has won a Juno award, played concertos with Kent Nagano and the Montreal Symphonic Orchestra, won enough Blues awards to fill a bathtub and walked the boards of too many stages to count throughout his 27-year career, when you stop to hear his music, you know you’re listening to the real deal. A guitar stylist with a wide musical vocabulary, he has performed over 2,500 concerts in many configurations. For the past 8 years he has toured extensively throughout Canada and Europe in support of his critically acclaimed Solo Recordings albums trilogy and one-man band show.                       (Photo: Steve Hill) 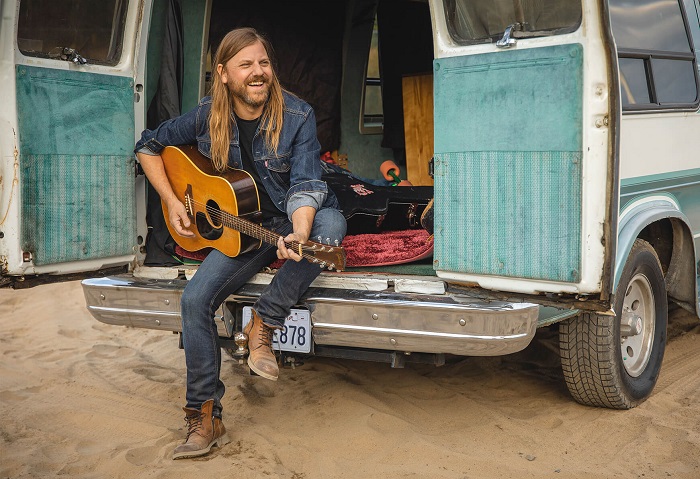 Steve got his start as an 18-year-old sideman in 1993 and released his first album in 1997. Since then, he has shared the stage with many of his heroes, like Ray Charles, B.B. King and ZZ Top, to name a few, and has played at some of Canada’s biggest music festivals. With 11 albums of original songs to his name, he has explored everything from Rock, Country, Folk, and all kinds of music, while continuing to fuse it all with his first love, the Blues. His latest album “Desert Trip” (2021) inspired by a trip in 2016 to the Desert Trip Festival in Coachella these songs are evocative and cinematic, as if they belong in a Clint Eastwood film.

Well, I like to think that if someone is into Blues and Roots music, that person probably has some knowledge of history or at least is used to hearing stories from another era. That's always good as history has a way to repeat itself.

My sound is a mix of Blues, Rock and Roll, Country, Folk and whatever I heard so far that has influenced me. It's a melting pot. I listen to music all the time. From Robert Johnson to Black Sabbath to Waylon Jennings, Miles Davis, The Bee Gees, Grateful Dead...in my mind, it's all connected. There are 3 basic chords in any style and they're the same. Harmony is harmony, no matter what genre or where you come from. I've always had this urge to create something. Even before I played music, I used to draw. a lot. I just need to express myself and some things are easier said through art.

What were the reasons that you started the one-man-band (and acoustic sound) researches and experiments?

It just happened. 10 years ago, I released an album called Whiplash Love. It bombed. The record label just didn't promote it. Gigs were rare and I needed to find a way to keep going as I couldn't keep paying the band and still make a living. I decided to have a side project and do solo gigs in smaller venues. I own a recording studio, so I recorded solo stuff, live off the floor and released Solo Recordings Volume 1 on my own label. It outsold the 6 albums I had done before and gave quite a kick to my career! I've done over 1000 shows with this formula since then. 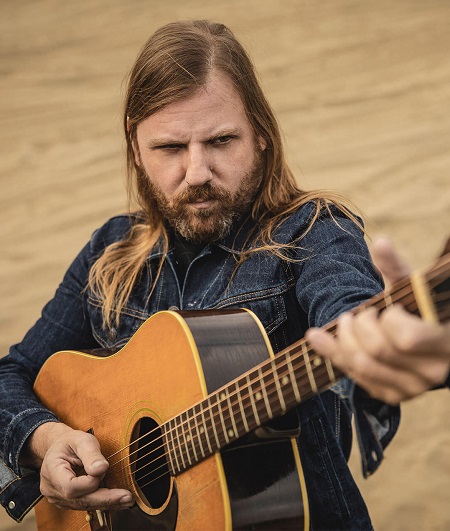 "Well, I like to think that if someone is into Blues and Roots music, that person probably has some knowledge of history or at least is used to hearing stories from another era. That's always good as history has a way to repeat itself." (Photo: Steve Hill)

Canada is a big country and I've crisscrossed it many times. We once drove from Chicoutimi to Saskatoon and only stopped for gas and take-out. 40 hours. one driver. 3194 km.!

The music was new then. I find that these days, it's mostly just imitators. Not everyone of course but I wish there was more originals on the Blues scene. Then again, when the Blues gets too original or different, people usually stop calling it Blues!

I would put an end to Spotify and all streaming services and make a new business model, one where artists and not billionaires and corporations get the fair share of the money.

Trust yourself. No matter what they say.

I have no idea, Personally, I just want people to feel things and be touched on an emotional level when they listen to what I do.

I would have loved to see the 60s! Monterey Pop? Woodstock? First electric Dylan show with The Band? That time when Hendrix was still unknown and jammed with Cream? Trip to the Grateful Dead at an Acid Test in 66? Or go back to the 30s and witness Robert Johnson playing on a street corner? 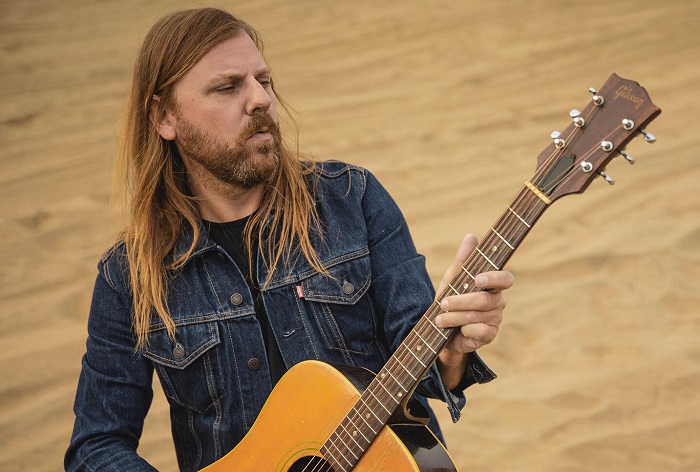