"Blues has informed and influenced jazz, rock and roll, soul and pop music. It is in the fabric of almost all musical culture in one way or another."

Canadian, Juno award-winning singer-songwriter and renowned blues guitarist Colin James will release his 19th album, Miles to Go, releasing September 21 (Stony Plain Records in USA; True North Records for the rest of the world), acclaimed guitarist Colin James remain to the "blues miles". Miles to Go is Colin James’ ambitious sequel to his critically-acclaimed 2016 CD, Blue Highways, and it continues James’ story with a collection of carefully curated songs handpicked from some of the greatest blues artists. In the months leading up to the recording, as James was reflecting on songs for the album he decided to reacquaint himself with a beautiful red Gibson ES-335.  It was just like the guitar he played as a teenager, but regretfully had to sell for rent money. While James reconnected with this guitar, Miles to Go seemed to just flow onto the studio floor. This album blends songs old and new, some of them completely reimagined and some almost perfect homages. But all are unified by a theme of undying love for the blues and the highest respect for the creators that led the way. 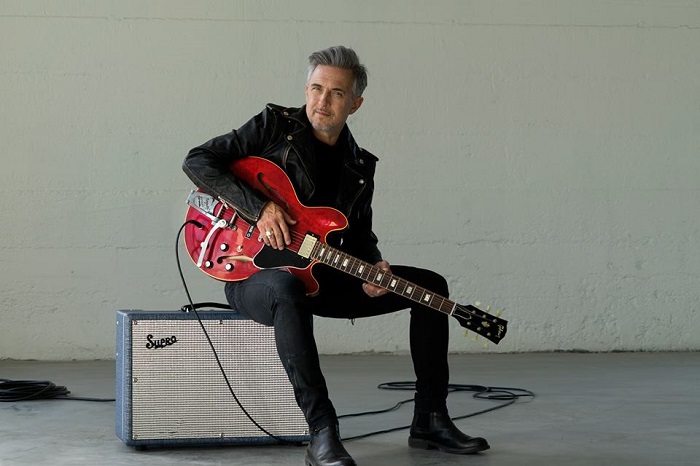 Colin James has worn many hats during his long and storied career. When Colin first hit the scene a quarter century ago, he became an instant rock guitar hero, mentored by Stevie Ray Vaughan. Since then, this iconic Canadian has topped the charts as a pop vocalist, recorded an acclaimed blues album and led the swing revival with his Little Big Band. He has performed for the Queen, sold multi-platinum many times over and continues to sell out shows coast to coast. Along the way, he's written memorable hit songs and given us distinctive covers of timeless classics. His 1988 self-titled debut, was the fastest-selling album in Canadian history. It won him his first Juno and an opening spot on tour with Keith Richards. He has performed with the likes of Bonnie Raitt, Lenny Kravitz, Albert King, Mavis Staples, Carlos Santana, Buddy Guy, Mick Fleetwood and The Chieftains; had his songs recorded by Lucinda Williams, Johnny Halliday and Maria Muldaur, and won a staggering 17 Maple Blues Awards. Even after many acclaimed albums, Colin remains at the top of his game, always challenging himself musically. In many ways Colin has been Canada's quiet superstar - going about the business of making consistently excellent music, all the while etching out his own unique and important place in the country's musical history. A consummate professional and a superb guitarist, Colin is a musician’s, musician. The confidence that comes with maturity can be heard in his voice and seen in his electrifying stage performance. He does what comes naturally – he always has – he knows no other way and no other life.

How has the Blues influenced your views of the world and the journeys you’ve taken? What do you learn about yourself from the blues music and culture?

Well, in a way, it's influenced my whole life. My love for the music ultimately led me down this road and has introduced to me to so many like minded people. Not just musicians like Albert Collins or Yank Rachell but other fans and lovers of blues, R&B, gospel, etc.

Well playing with Stevie Ray Vaughan was a huge thing for me of course and Bonnie Raitt and I have stayed close for years and I just love her. She was on my second record years back. The best advice I got was to buy a house early on in my career and someone else once told me to never start a show late as the audience is important and, when they have a sitter or whatever, puts you behind the 8 ball before you even start the show. I took that to heart. 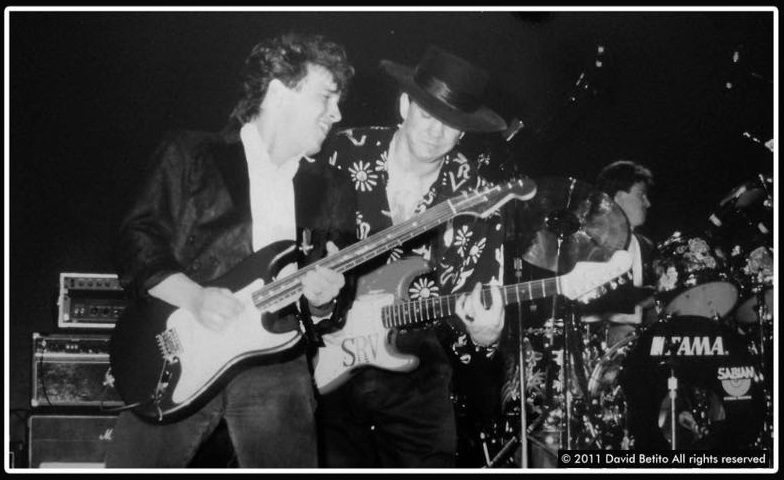 "I have always had a bit of stage fright but that always keys me up and gives me energy as well." (James Colin & Stevie Ray Vaughan, 1989 / Photo © by David Betito, All rights reserved)

Lot's of great memories, but getting a chance to sing with Pops Staples years ago was amazing. I also really enjoyed the times Albert Collins and Stevie Ray got me up to play with them.

I guess I miss the large variety of singers from the early days that had such character in their voices. Jimmy Reed, Otis Rush, Bobby Bland, Junior Parker, Charles Brown, Lazy Lester and Roy Brown all had such distinctive styles.

What does the blues mean to you? What are some of the most important lessons you have learned from your blues paths?

I have always identified with blues music since I was a kid. As a singer, I love the fact that every time you sing a song, it is different depending on how you feel, so it’s constantly changing even if it might be the same song. I have met so many fantastic people in the blues and music world and I think we all share that love for the great artists of the past and want the music to stay alive and vital.

How do you describe "Miles To Go" songbook and sound? Are there any memories from the album's sessions which you’d like to share?

Not unlike my last record Blue Highways, these songs are ones I have known for a long time and have had a lifelong connection with. We tried to keep the record mostly live off the floor, and I record way more songs than we need. That gives me a chance to keep some and throw away others as you find out what you can bring to them. All of these great musicians have such an individual voice and style. Blues singing and playing can be so different player to player and singer to singer. That what makes it so rich.

How do you describe Colin James sound and songbook? What characterize your previous album ‘Blue Highways’ philosophy?

Well throughout my life I have played rock, rockin' blues, country blues, jump blues and swing but on this record I wanted to have all blues. Some of the songs on this recording I have been playing since I was 16 but never recorded. We tried to keep it as live as possible and really tried to stay pretty natural with the guitars sounds.

There are some really dedicated blues players in Canada and a lot of talented people. The Blues is universal no matter where you are.

I have always had a bit of stage fright but that always keys me up and gives me energy as well.

Blues has informed and influenced jazz, rock and roll, soul and pop music. It is in the fabric of almost all musical culture in one way or another.

Where does your creative drive come from? What characterizes Colin James' music and songs?

I have always loved to listen to and play music. Even after all this time, I can’t wait to start on whatever is next and start to gather material and write material. It’s a moving, changing thing and there is always something new you should be doing!

I am still so grateful to be able to play guitar and sing for a living …. that never gets old for me. A childhood ambition that I have been able to keep working at.

If you could change one thing in the musical world, and it would become a reality, what would that be? 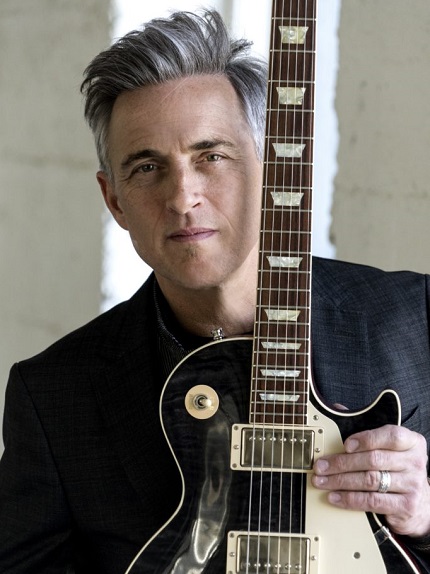 It’s really hard to put the genie back in the bottle, and I suppose that I wish the industry had treated the artists more fairly from the start and that young people coming up now had a better career model to work with. This singing game show mentality isn’t doing the career musicians any favours either... On the bright side…music will always be awesome and needed.

"My love for the music ultimately led me down this road and has introduced to me to so many like minded people."

What touched (emotionally) you from Albert King and SRV? What are the lines that connect the legacy of Robert Johnson, Wolf, Jimmy Reed, Junior Wells, and Peter Green with your generation?

When I first heard Stevie I thought he was Albert. Stevie could really channel Albert like crazy. I guess all of these people affected me when I was young and some of the songs like Hoodoo Man blues I have been playing since? I guess it's important to keep the names alive. Younger people now didn't get a chance to see Stevie or Albert so it's important to keep their memories alive.

I guess I would love to go back in time to the Checkerboard Lounge in Chicago and catch Howlin Wolf or Muddy in their prime and get a feel for what that would have been like.