Q&A with Canadian singer Barbara Diab - brings a unique honesty to each song, without guile, and from the heart

Women were among the first to be recorded in Blues: Mamie Smith and Ida Cox recorded in the 1920s. The Blues had and still has a lot of sex-appeal, sexual references and innuendo. It appeals to strong women who aren’t afraid to express their sultry side. The presence of women in Blues allows them to express just that: the flirty, playful and sensual side.

Blues singer Barbara Diab has such a joy in expressing herself, her energy radiates to all those who are in her presence. With her immense vocal range, she brings a unique honesty to each song, without guile, and from the heart. Her ability to take you on a journey with each breath is equal to that of any fine musician. Born in Australia, her family moved to Canada when she was a young child. Her musical background encompasses gospel, American roots, blues, and naturally Motown, since she grew up near the border of Detroit. Barbara began to sing at the tender age of 8, when she performed alongside Canadian trumpeter, Bobby Gimby. Barbara and her bass-playing husband, Pierre Lamontagne, founded The Smoked Meat Band in 2011, now firmly established on the Québec blues circuit. Most uniquely, Barbara is also the cofounder and Director of the children’s blues choir, Les Jeunes en Blues, who have performed four years consecutively at Festiblues International de Montréal. 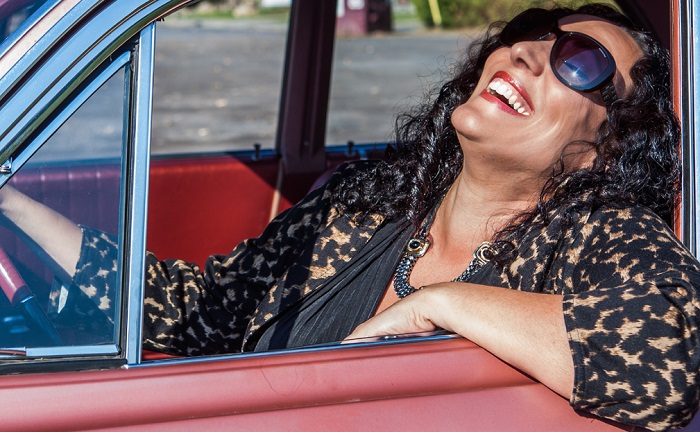 This initiative is Barbara’s brainchild, to teach English to French-speaking children through blues music. A regular performer at major Blues venues with The Smoked Meat Band, Barbara has also shared the stage with jazz and blues greats JD Slim, Bob Walsh, Guy Bélanger, Jim Zeller, Steve Rowe, and saxman Johnny Beaudine of Chicago, Illinois. Released in the summer of 2015, Barbara’s debut album To Blues with Love was produced by renowned guitarist JD Slim. Special guests include veteran bassist, Stephen Barry and worldclass drummer, Tony Coleman [B.B. King, Bobby Blue Band, Otis Clay]. The album is already receiving worldwide recognition and airplay. Their playground of original compositions have a natural romping playfulness turning each and every audience into a family... all begging for more. Barbara’s second album, MOJO WOMAN, is due in the spring of 2018 and she’ll travel in Europe for a summer tour.

Everything! The first song I ever wrote was called ‘Everything Blues’. I realised that the Blues was everywhere and that we are capable of having all kinds of Blues. For me, the Blues is also a human history lesson. You have to be aware of southern American history to really understand it. The more I learn about and perform the Blues, the more I realise how universal it really is; everyone has suffered and many can relate to this music. Ironically, out of the greatest suffering came the most beautiful gift that the United States has given to the world. The Blues appeals to me because it allows me to be truly myself: looks, age, style—they don’t matter. All that matters is that the music and the emotions are real. The Blues reminds me that I am still alive and lucky to be able to sing my emotions and uplift others in the process.

What do you learn about yourself from the Blues & Jazz music and culture?

I learn to accept myself.  I don’t need a persona—I am the same person on stage as off stage. It is something I do for myself and it is very therapeutic…There’s room for everybody in the Blues; it’s an inclusive type of music. I am extremely fortunate to play with some of Montréal’s finest bluesmen on the Québec Blues circuit.

She who sings prays twice. Singing the Blues is an expression of life itself. On stage, I am communicating with others and with the divine within myself. I try to use my voice for the greater good and my original songs are very personal and tongue-in-cheek. People must be careful what they say to me because their comments could end up in a song! (Laughs) 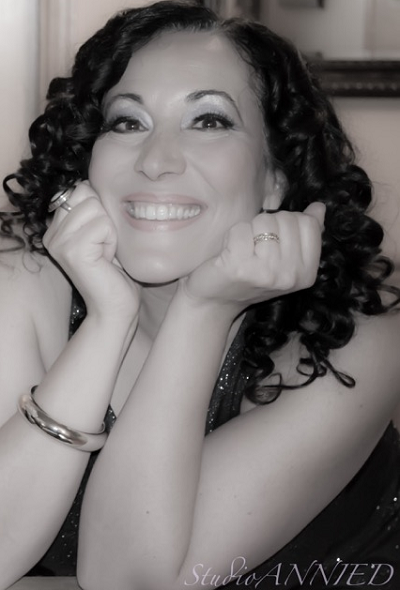 There have been 4 important people on my musical path. First, I owe everything in music to J.D. Slim (Jean-Denis Bélanger), a reknown Montréal  guitarist, composer & producer. J.D. was the first to recognize my vocal talent, comparing me to Maria Muldauer. He offered to collaborate on my début album and my Blues career was born. We have become more like a family and his valuable advice and guidance have been instrumental to my success. His meticulousness and “less is more” attitude have helped me to become a more confident singer, finding my true voice and accepting myself as an artist.

A wonderfully-talented and passionate Italian acoustic guitarist, Massimo Bevilacqua, is a brother from another mother to me. He was the first to invite me on tour in Italy and we became fast friends and family, too! Four Italian tours later, he has dubbed me the “International Blues Diva!” (Laughs) He is like a machine when it comes to managing tours and organising shows. I am grateful for his vision and determination.

I am also grateful for my bass-playing husband, Pierre Lamontagne. He has also been a great influence in my musical career. Pierre believes in me and supports me on and off stage. His optimism is relentless and it is a real gift to share music and life. He is the pillar of my band (and my life). Last, but not least is B.B. King’s longtime drummer, Tony Coleman. I met Mr. Coleman in 2013 and he felt and understood my passion for the Blues and offered to collaborate on my début album, TO BLUES WITH LOVE. Mr. Coleman is the real deal and his encouragement of my talent has been the greatest joy for me. I am very glad that he is keeping the Blues alive and sharing his talent with artists of all kinds of music.

Are there any memorable gigs, jams or studio sessions?

On my first trip to Clarksdale, Mississippi, I met an extraordinary man who is passionate about the Blues, Theo Dasbach, owner of the Rock & Blues Museum.  I had so much fun jamming with him in front of his museum. At closing time, he took out his personal collection of 78’s and we listened to them late into the night. The next day, he took me to meet T-Model Ford in Greenville, MS.  It was there that I had the honor of singing for Mr. Ford at his 93rd birthday party. I got my taste of Southern Hospitality: a huge yard party with catfish, corn and ribs. T-Model Ford’s wife, Stella, welcomed us with many shots of vodka!

I was privileged to play with his grandson on drums, Carl White (Stud Ford) and Mississippi guitarist Lightnin’ Malcolm. I had entered the world of Delta Blues and I ended up writing the hit song, “Blues For T-Model Ford”, in his honor. I remember another show in Tuscany...there was a group of Chinese tourists in the audience. Imagine their surprise and delight when I sang for them in Chinese! Music, and Blues in particular, has the power to bring people together. It was unforgettable!

How would you describe the Barbara Diab sound?

Blues that has travelled. I am a travellin’ woman with a travellin’ mind. My music reflects my eclectic taste and my Blues is infused with different languages, as I am a polyglot and have travelled extensively. My début album, TO BLUES WITH LOVE, was released in 2015. It has folksy, bluesy, country, jazzy, and roots sounds.

Some call it “old timey”. I appreciate the older traditions in blues and jazz and am drawn to the older styles; probably because I am a history buff. I love discovering the forgotten songs of the past. My second album, MOJO WOMAN, is due for release in 2018. It has a very ‘20s and ‘30s feel to it, not rock-blues at all. People often tell me that I made them fall in love with the Blues...there are so many types of Blues music; there’s something for everyone to discover; it’s all about selecting the right songs. If it moves me, it will move the audience. 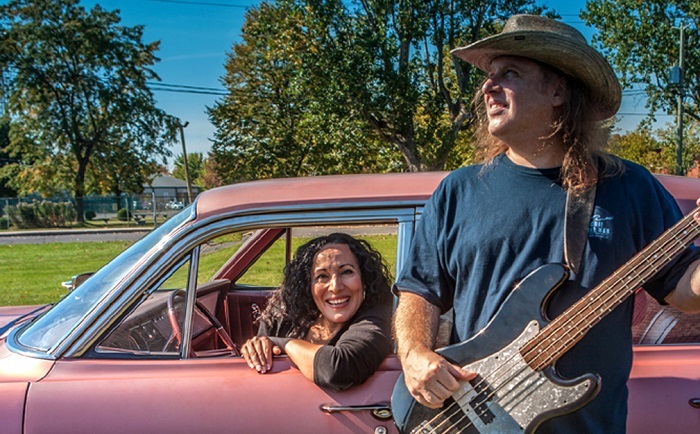 "The Blues appeals to me because it allows me to be truly myself: looks, age, style—they don’t matter. All that matters is that the music and the emotions are real. The Blues reminds me that I am still alive and lucky to be able to sing my emotions and uplift others in the process." (Photo: Barbara and her bass-playing husband, Pierre Lamontagne)

What does it mean to be a female artist in a ‘Man’s World’ as James Brown says? What is the status of women in music?

Women were among the first to be recorded in Blues: Mamie Smith and Ida Cox recorded in the 1920s. The Blues had and still has a lot of sex-appeal, sexual references and innuendo. It appeals to strong women who aren’t afraid to express their sultry side. The presence of women in Blues allows them to express just that: the flirty, playful and sensual side. We need more women in Blues and more women in the festivals. This must be encouraged. Women are natural communicators and tend to express their feelings easily, so Blues is a style of music well-suited to that.

My own dear mother often used to say, “Build a house in every town!”  She encouraged me to travel fearlessly and learn about others and build friendships with everyone I met. Since then, I have done humanitarian work in Poland & China, toured Italy three times (with a fourth tour scheduled for August 2018) and I have sung in the Mississippi Delta and in Memphis, Tennessee,  a huge honor.

What are your hopes and fears for the future of the Blues?

I hope that new generations will find the Blues appealing enough to keep it alive.  That’s why when I am not performing, I am teaching. It is important to teach the traditional music to the young people.  I also teach English as a second language through Blues in the classroom and students are immediately drawn to it. As Willie Dixon said, Blues is the root and all other music is the fruit. It just gets better with age, like a fine wine. Exposure is the key; children just need to learn that the Blues exists and that it is important to remember and learn from the past; the rest is in their hands. 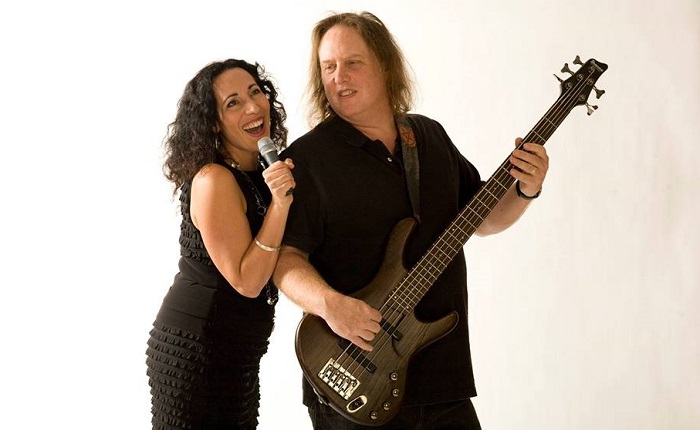