"I feel that not just Blues, but all music is among the greatest gifts the human race can give to the world, we are all equal and deserve to live a life on this planet!"

The first thing Canada appointee Big Dave McLean will tell you about Pocket Full of Nothin’ (2019), his newest release on Black Hen Music, is that it isn’t a straight-ahead blues album. For, even though Dave has been playing the blues since he first heard John Hammond perform at the Mariposa Folk Festival fifty years ago, he’s always been open to a variety of musical styles and approaches to presenting a song. Hailing from Winnipeg, a city that has produced more than its share of great musicians, Big Dave’s Pocket Full of Nothin’ is his most ambitious album yet. Until now, Big Dave’s recordings have largely comprised of songs written by musical heroes such as Robert Johnson, Muddy Waters, and Elmore James. But for his seventh album and third record in a row with the award-winning guitarist Steve Dawson producing, he decided to try something a little different. Big Dave’s newest songs joyously communicate several musical flavours while keeping the integrity and continuity of the recording intact. Pocket Full of Nothin’ was never envisioned as a simple blues album. 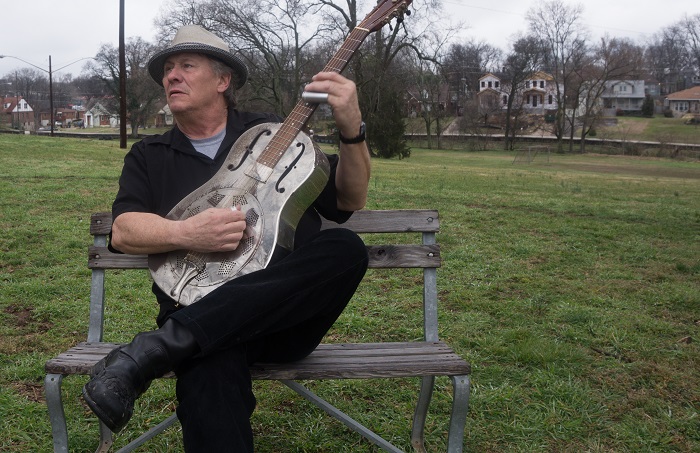 On every track, Big Dave’s bellowing, prairie storm of a voice conjures smoke and fire as he delivers the most impassioned performances of his career. A few well-chosen cover songs are included to complement Big Dave’s original compositions on Pocket Full of Nothin’. A gritty take of the Allman Brothers’ ‘Midnight Rider’ and J.B. Lenoir’s ‘Voodoo Music’ showcase McLean’s interpretive skills, and no record from the prairie native would be complete without at least one song associated with Muddy Waters. This time, he treats his listeners to an impassioned take on the old Chess Records’ gem, ‘Just to Be with You’. The release of Pocket Full of Nothin’ coincides with the thrilling announcement that Big Dave will receive an appointment to the Order of Canada for his contributions to the nation’s cultural life. He’ll be in good company when he receives his medal alongside Garth Hudson of The Band to join past recipients that include such iconic musicians as Stompin’ Tom Connors, Gord Downie and Gordon Lightfoot. And, when that day comes, there’ll be no better way to celebrate this long overdue recognition than to listen to Pocket Full of Nothin’.

I’ve had the opportunity to travel through several countries over the course of my career, it has always amazed me how every diverse culture and group of people have responded to the Blues, it truly is a music form that has affected the world. I am very proud to be part of that!

How do you describe your songbook and sound? What touched (emotionally) you from the slide and resophonic guitar?

I would have to say the song book and sound that I play would be mostly connected to Mississippi Delta and early Chicago Blues. My biggest Hero’s and inspiration were these men and women who wrote the original play book. As for my emotional connection to the sound of the resonator guitar and slide, I was heavily inspired by so many of the greats like Muddy Waters, Bukka white and John Hammond. However, the list of slide players goes on and on and on .... Hearing someone play with pure passion and emotional conviction still gives me goose bumps. 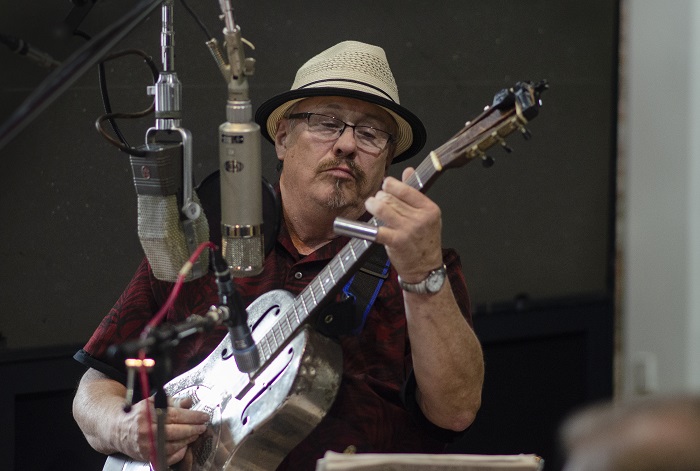 "I’ve had the opportunity to travel through several countries over the course of my career, it has always amazed me how every diverse culture and group of people have responded to the Blues, it truly is a music form that has affected the world. I am very proud to be part of that!"

Aside from my friends and some local favorites I would say that John Hammond and Muddy Waters have been the two acquaintances (friends) that have had the biggest impact on my playing style, as for the best advice I’ve received  (other than that of my mother), it came from Muddy Waters: “always play like it could be your last performance, put your heart and soul into all of it, and stand behind every lick”.

Back in 1980 I wrote a song about Muddy Waters entitled “Muddy Waters for President”, that night I performed it solo in my opening act for a Muddy concert, Muddy liked the song and wanted to record it. We talked on the phone about doing that. Everything takes time, well Muddy passed before we could make this happen. I ended up recording it myself in 1989. Being the first song, I ever wrote, it made my life that Muddy Waters would even consider it, I named my album “Muddy Waters for president”.

What I miss mostly from the blues of the past, is the times I could meet and talk with so many of my Blues Hero’s, to be able to hear them perform and tell stories of their life experiences. As for hope and fears, I’m hoping that future generations will honor and respect the men and women who created this music form and the times they had to endure to create such heart felt music. Now as for fears, I don’t really focus on future fears for the blues, I think the blues is the cornerstone of just about all music styles except for maybe classical (?). You can probably trace any style back to ground zero in Mississippi. The Blues will always stay strong in whatever Style it is being expressed in! 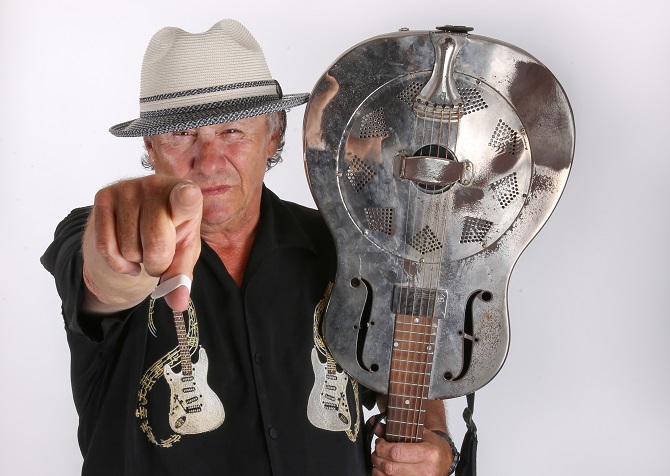 "Personally, I think that the Blues is a pure expression of true heartfelt passion and emotion, it is not a paint by numbers kind of a music, it HAS to be felt!!"

If you could change one thing in the Canadian blues scene and it would become a reality, what would that be?

If I could change one thing on the Canadian Blues scene and make it a reality, I would have to say “more venues and better pay!”

Personally, I think that the Blues is a pure expression of true heartfelt passion and emotion, it is not a paint by numbers kind of a music, it HAS to be felt!!

I think one of the biggest lessons I’ve learned in the past 45 press years that I’ve been playing is: not everyone is going to appreciate your music, your songs, your sound, your appearance or even you. BUT ... if you strongly believe in yourself and the musical message you are trying to communicate, STAY STRONG, do what you feel you are meant to do

I feel that not just Blues, but all music is among the greatest gifts the human race can give to the world, we are all equal and deserve to live a life on this planet!

My WEDDING DAY!!! (THE BEST), and since we have a time machine I would also go back to when all three of my children were born!!! 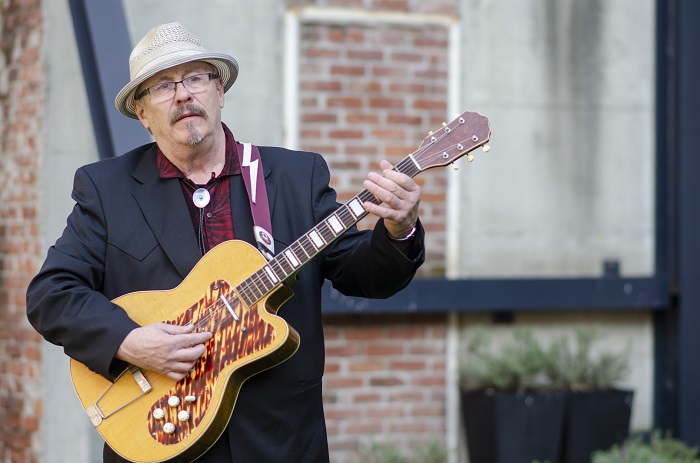