"Blues is the story of life, humble beginnings. It also forms the basis for a lot of popular music played by so many artists."

Roman Sobus is a Chicago based photographer specializing in live performance and event photography. His interest in the theme dates back to the 1970’s when he was privileged to photograph some of the greatest musical acts of the time. With about 15 thousand images that he pulled out of storage he became overwhelmed with how much work he had ahead of him. 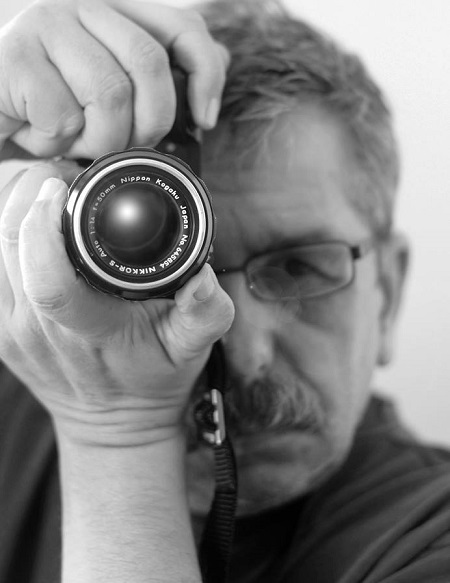 Roman knew how expensive it was to develop film and so learned how to do it himself. His background allowed for such interest, considering his great-grandfather and Sobus’ mother were both photographers. So he wasn’t shy of the device, he wasn’t shy of approaching his subject and taking that photograph for that matter. Polish origin photographer was able to collect a pretty impressive portfolio that he doesn’t like exposing to just anyone. Sobus collection has photos from legendary musicians like Richie Havens, Carlos Santana, Peter Frampton, James Cotton, Johnny Winter, Eric Clapton, Sly Stone, Buddy Guy, Ron Wood, Eagles, Uriah Heep, Kansas, Dr. John, Queen, Randy Bachman, Kinsey Report, Eddie Shaw, Rory Gallagher, Eddie Clearwater, Otis Clay, Joe Cocker, Lou Reed, Leon Russell, Robin Trower, Bettye LaVetteand many others.

What were the reasons that you started the photo art searches and experiments?

I consider myself a visual person. Photography permits me to try and capture what I see. Additionally, both my mother and maternal grandfather were photographers in my native Poland, so I guess it's in my blood.

Music is very important to me, but on a very basic level. I do not try to analyze it, figure out form and technique. I either like it or I don't. Most of my evenings are spent photographing at musical performances, my days editing images with music playing all the time. It never is the focus but rather it forms the background in my life, a comfort zone.

How do you describe and what characterize Roman Sobus philosophy of image/photo?

I consider myself a journalist as opposed to being an artist like so many of my peers like to call themselves. Realism highlighting things that the viewer might normally miss is what I hope to show in my images. 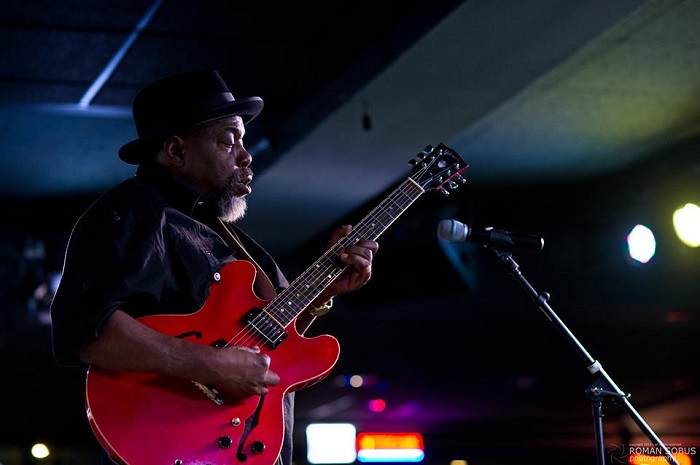 "I consider myself a visual person. Photography permits me to try and capture what I see. Additionally, both my mother and maternal grandfather were photographers in my native Poland, so I guess it's in my blood." (Photo: Lurrie Bell at Buddy Guy's Legends, © Roman Sobus)

Which collaborations, festivals and concerts have been the most important experiences for you?

That is a very difficult question. I do not believe I could assign such a high level of importance to any single event. The experience of being at an Eric Clapton performance in a huge arena or Lurrie Bell at a small night club are very different experiences, but they are all important as they make me who I am.

From a photographer's perspective -smoke. The hazy clouds of smoke that filled clubs and added atmosphere. I do not miss the negative aspects of that but it added a dimension to the environment. Access has become a bit more restrictive, especially at larger events, but overall, in my opinion not much has changed.

Several decades ago, I became disenchanted with the direction the creative process had taken and withdrew from the scene. That has reversed and once again I believe it is on the right path. There is some really good material being created by new generations of artists. Happy to be here observing as that happens.

If you could change one thing in the music industry and it would become a reality, what would that be?

I do not believe I am qualified to answer that since I do not have a profound understanding of the current industry structure. You could say that I am wading along the shore not swimming in the deep. What do you learned from your experiences in Rock n’ Blues culture? What does the blues mean to you?

I learned that the really good artists are very passionate about what they do. They work very hard, spend long stretches of time away from loved ones, sometimes for little reward. Most are warm and friendly individuals that are more than willing to share their time and experiences with me. I respect the privacy of those that are not so open.

Blues is the story of life, humble beginnings. It also forms the basis for a lot of popular music played by so many artists. Few in the listening public seem to make the connection. On the other hand, Blues is alive and well, mainly through the initiatives of performers like Billy Branch and Buddy Guy among others.

What has made you laugh and what touched (emotionally) you from backstage meetings?

The personal glimpses into the lives of the artists are the most touching. Most people seldom get to see that side, hear the stories about life back home and experiences on the road.

What is the strangest desire that have requested?

I don't believe I have had any that I would consider strange, since I try to work with my client to bring their vision into a finished image. I do my best to make that happen.

Who was the most photogenic and difficult artist?

I do not like to use the term "photogenic". Each subject is unique and beautiful/handsome in their own way. Individuals appear unattractive because they are uncomfortable. There needs to be trust on both sides of the camera and very seldom release unapproved photos, and when I do, I make certain the performer looks great! The only subjects are difficult are those that do not value the professional photographers work. They often complain or cancel scheduled sessions. The images on their social media pages and websites consist of camera phone photos.

Where would you really wanna go with a time machine and what memorabilia (records, photos) would you put in?

About 1955 anywhere in the US or UK. I was born about 15 years too late to experience the full impact of what drives me today. I would like to have my camera and media player. I like to travel light.