"I think that Blues, like all music, continues to evolve growing from its’ roots. But you got to have the Blues in your mind and soul to do it justice."

“She’s good. She’s damn good.” Sting’s summation of his duet with singer songwriter producer Diane Durrett speaks for anyone who’s ever heard her perform. “One of those rare female singers that you’ll always remember as soon as you hear her for the first time,” writes the Nashville Blues Society Review. In 2017 she was a Global Peace Song Award winner for ‘The River Sings’ co-written with Melissa Junebug. Winner of the 2015 ‘Peoples Choice Award’ by the Atlanta Blues Society, as a well as awarded the ‘Best Self-Produced Album’ representing Atlanta in the International Blues Challenge. “Soul Suga’ & Diane Durrett” received national & international attention charting in the Top 10 of the Roots Music Report Contemporary Blues chart. In 2018 Diane was re-elected to the Atlanta Board of the Recording Academy best known for the Grammys. With a blend of raw soulful vocals, sultry tones and strong original songs Durrett has sung with Sting, Gregg Allman and Chuck Leavell (Rolling Stones). Durrett has opened shows for Tina Turner, KoKo Taylor, Tinsley Ellis, Delbert McClinton, and Derek Trucks. As well as lending her vocals to recording sessions for Grammy award winning producer Brendan O’Brien.                                        Diane Durrett / Photo by Bill Thames 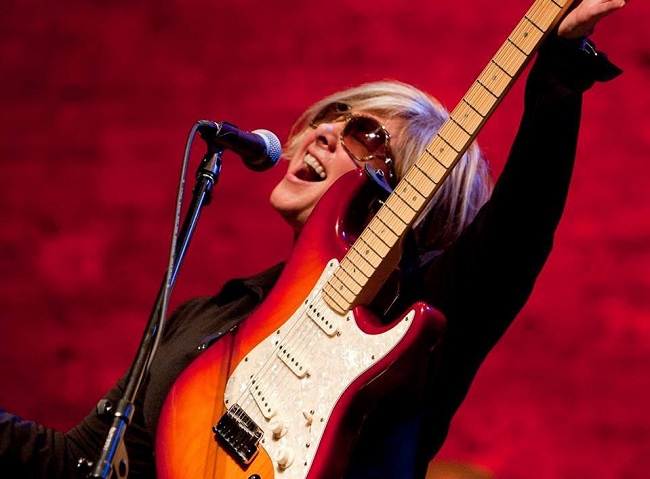 Durrett has long reflected the musical passions that inspired her while growing up in Atlanta, GA. From her energy-driven breakthrough debut 50,000 Volts of Soul (1993) to her superbly executed Rhythm of Life (1998) to her acoustic soul CHILL (2004), to the LIVE, Georgia On the Groove (2007), the groovy Blame It On My DNA (2009) produced by Ike Stubblefield to her holiday album Georgia Christmas (2012) to her release where she joined forces with drummers Yonrico Scott and Melissa Junebug on Soul Suga’ (2015) to her soulful single of Grammy award winning song The Rose (2017) co-produced with Thom TK Kidd to her latest electrifying LIVE album recorded at Eddie’s Attic Diane Durrett & Soul Suga (2018). Her eighth album and second with backing band Soul Suga’ titled “Diane Durrett & Soul Suga LIVE” captures Durrett in her element; on stage with songs and stories of life, love, redemption and celebration. Diane’s song catalogue includes co-writes with William Bell (Born Under A Bad Sign), Jerry Ragovoy (Piece of My Heart), Oliver Wood (The Muse), and Bonnie Bramlett (Superstar). In true writer’s spirit, Diane also, authored a book entitled “Driving Music City” published by Amazon in 2009. Durrett is a down-to-earth-diva. She sings from her soul, writes with heart & humor. Diane brings her southern wit and charm to every event. She’s pure entertainment!

What first turned me on to the blues were the Women of the Blues. Voices like Mavis Staples, Etta James & Koko Taylor. I heard those ladies sang... yes... not sing but ‘sang’ and I said those are my kind of people. Blues, soul and raspy tones.

Good songs are so important… Say something that tugs or tickles. Soul Suga’s sound starts at Soul Blues but sometimes we go down a funky path or find ourselves drenched in a gospel keys. My drive comes from a God given knowing that flows through me. My songs are inspired by living this “earth-school-life” we are all living; overcoming pain, falling in love and shouting a little woohooo!

Singing with Sting was a one shot deal. But it helped me have a little hope along the way. I had been struggling in Nashville being a Blues Soul singer in a Country music town…back when Country music was more traditional. After singing with me he made it a point to come over and put his hands on my shoulders and say for all to hear, “She’s good she’s damn good”. 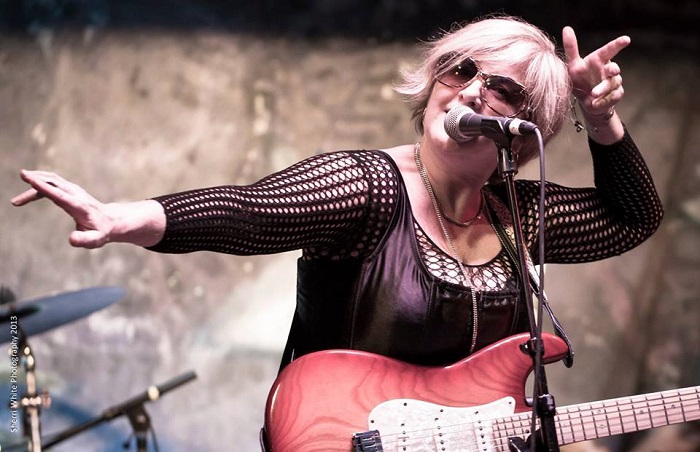 "What first turned me on to the blues were the Women of the Blues. Voices like Mavis Staples, Etta James & Koko Taylor. I heard those ladies sang..yes..not sing but ‘sang’ and I said those are my kind of people. Blues, soul and raspy tones." (Photo by Sherri White)

In my early 20s my vocal mentor shouted, “Quit while you can, go get a 9 to 5, save yourself!!” When I came back the next day and she said...”well damn, you’re one of us,” then she showed me vocal chops I still use today.

Opening for Koko Taylor in the early 90s and watching her from the backstage (which was a kitchen) was a night I will never forget! She whipped that crowd into a blues frenzy!! Co-writing and recording with William Bell was amazing. Recently, opening for Tinsley Ellis at his sold out show in Atlanta where he came out and joined us on my song ‘Woohoo’… It was a glimpse of Blues heaven!

I miss the LIVE feel of musicians recording together... that seems to be missing in Pop music today. Thankfully many Blues and Americana players are keeping that tradition alive.

I hope that the Music Modernization Act that was recently passed by Congress will begin a trend of making laws that protect our music creators.

That music creators are paid fairly for our music that is being sold, streamed and used. That we receive a larger piece of the pie so that we earn a respectable living from our hard earned investment and talents. "My drive comes from a God given knowing that flows through me. My songs are inspired by living this “earth-school-life” we are all living; overcoming pain, falling in love and shouting a little woohooo!" (Diane Durrett on stage / Photo by Drew Stawn)

Do you consider the Blues a specific music genre and artistic movement or do you think it's a state of mind?

I think that Blues, like all music, continues to evolve growing from its’ roots. But you got to have the Blues in your mind and soul to do it justice.

What does to be a female artist in a "Man's World" as James Brown says? What is the status of women in music?

I think that women should have more opportunities and be treated more equally. The numbers tell it best… Take a look at the next Music Festival line up you see... count the number of women verses the number of men.

We know that the original Blues was created through African American culture. It was so strong that it seeped into the fiber of our music so much that you can hardly hear any music that it has not influenced. That impact has caused it to become a universal art form. It influenced me and in my heart I always honor these roots.

I’d love to have been in the recording session in Muscle Shoals when Aretha sat down at the piano to lead the soulful Muscle Shoals Rhythm Section on all those iconic songs.