"Absolutely nothing matters except the love of the music and a pure heart. I can continue to hope I can reach at least one person per listen with love and hope and acceptance."

There are a lot of good singers around today and a lot of talented musicians. There are performers who draw large crowds wherever they play. But there are few true artists. An artist  leaves a lasting impression because what they express is unique. Dianne Davidson is such an artist. A singer, songwriter, guitarist, performer, and producer, Dianne’s style and range escape categorization. Be it blues, rock, folk, or even reggae, Dianne Davidson performs with a robust intensity, taking her listeners on a musical journey that few are likely to forget. Born in West Tennessee, Dianne Davidson was a gifted and precocious child singing and writing songs at an early age. Her grandmother was an opera singer and her mother claims Davidson came out of the womb singing. She formed her first band at age eleven. At seventeen Davidson opted for an album in lieu of a diploma and fine-tuned her school of rock education in settings as diverse as rowdy West Tennessee bars, California nightclubs, Greenwich Village listening rooms, major festivals, and, in time, Carnegie Hall. Davidson's recording career began at age 17 when she recorded her debut album, 1971's Baby for Janus Records. Two more LPs for Janus followed, Backwoods Woman (1972) and Mountain Mama (1973) before the label went out of business in 1974. She recorded the album 1974 in 1974, but the album wasn't released until earlier this year. 1988's Breaking All the Rules was released on Olivia/Second Wave Records. Dianne Davidson has toured as a member of Linda Ronstadt’s band, and has provided backing vocals and/or performed with a host of major league performers such as B.B. King, Jimmy Buffet, Tammy Wynette, Barry Manilow and Leon Russell. She's featured in the new documentary "Invisible" (Outhaus Films). Her sixth release, and her first new recording in more than 3 decades DIANNE DAVIDSON'S PERIGON: FULL CIRCLE will be released on August 28, 2020. The 12 tracks on Perigon: Full Circle include 10 Dianne Davidson originals plus Davidson's powerful re-imaginings of Gretchen Peters' "Over Africa" and Bob Dylan's "To Make You Feel My Love.” Davidson's song "Sounds of The City" was originally recorded by Tracy Nelson in 1978 on Nelson's Homemade Songs album.

I was raised very upper middle class. But during my formative years, I heard folk music and started to understand more of the world. Later, blues helped me see and better understand the culture of Black oppression. Because I came of age in the midst of the Civil Rights movement, I was much better informed and touched by the music that came from that experience.

My music has always been a smorgasbord of styles. Because I was raised in a musical household, I came to love and embrace lots of styles. I didn’t really hear much country music until I moved to Nashville at 17. I make an effort to always be genuine. I am not a fan of mystique or public personae. What you see is what you get. I am inspired by anything that touches me deeply.

In the moments when I was alone and sad and lost, this album was brought forth from my soul. In all the years I was away, this dream never left me. From its first baby steps, it had its own soul. What started as two songs for inclusion in the documentary, 'Invisible,’ became a being of its own. A labor of love, created by the joining of loving and incredibly insightful musicians and engineers...The addition of the genius of Larry Chaney... It had to be. I've always self-produced my records; this one had to be shared. The collaboration was not new; the musical pairing goes back to 1977. But in this moment in time, it was a perfect marriage of creative forces. Every note, every sound, every choice of players, every recording technique. It wasn't always right the first time, but it was the second time….30 years from the last album. I'm sure most thought I was finished. I wasn't. And I'm not now. 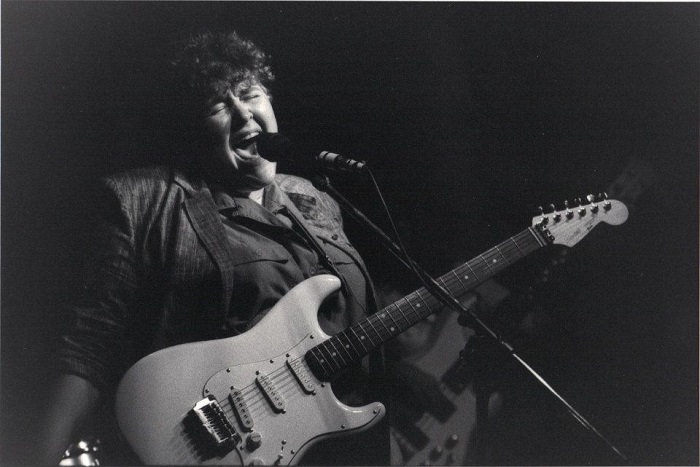 "I would go back and visit with the African American woman who virtually raised me as a domestic. I want to tell her so much about how she influenced me with her love and patience. She was hired to take care of me, she didn’t have to love me the way she did. I would take the whole day and still not be finished."

The best advice I ever received was not in words. I spent five nights in a row watching Muddy Waters perform. We were with the same company, so I got to hang out with him and the band. What I learned was to play what I loved and never take myself too seriously.

What were the reasons that made the 1960s to be the center of Folk, Blues & Roots researches and experiments?

I truly believe post-war America was ripe for huge social change. As ever, art both reflects and creates change. Baby boomers were ready to be that new voice.

I once opened for BB King and an audience of mainly African Americans. I’m sure they were skeptical about this chubby blonde white kid, but by the end I had them on their feet.

I miss the days of playing music with friends who had little interest in fame and fortune. I find today’s music scene to be a bit money-driven for my taste.

What characterized and what touched (emotionally) you from the local (TN) music scene and circuits?

I was welcomed with open arms as a 16 year old kid in Nashville as well as Greenwich Village in NY. I assume it was my openness that made that possible. I learned from every encounter The live players, the writers, the studio musicians, all gave it all to me whenever I asked. 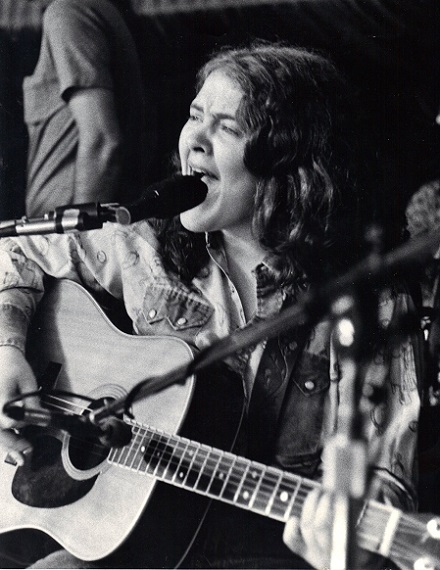 "I truly believe post-war America was ripe for huge social change. As ever, art both reflects and creates change. Baby boomers were ready to be that new voice."

What is the impact of music on the racial, political and socio-cultural implications? How do you want it to affect people?

If I had my way, the world would be like my circle of musical friends and acquaintances. Absolutely nothing matters except the love of the music and a pure heart. I can continue to hope I can reach at least one person per listen with love and hope and acceptance.

I would go back and visit with the African American woman who virtually raised me as a domestic. I want to tell her so much about how she influenced me with her love and patience. She was hired to take care of me, she didn’t have to love me the way she did. I would take the whole day and still not be finished.