Q&A with DJ/producer Elektro Horse, from the south side of Chicago who has created a new sound: Country Dance Music

"No one is perfect and any day it can all be over so appreciating the gift."

Elektro Horse is an artist, DJ, and producer from the south side of Chicago who has created a new sound: CDM (Country Dance Music). He was one of the few to depart from such a harsh city after he gained the opportunity to perfect his craft in Atlanta, Los Angeles & Internationally. Elektro Horse has worked alongside super producers Will.i.Am, Timbaland, Scott Storch & is respected by top Country Music Royalty. Elektro Horse integrates elements from every genre of music into a new sound for country fans & seeks to diversify industry standards, drawing interest from all ethnicities to one common love: Music! Influences range from Deadmau5, James Brown, Big & Rich, Thomas Rhett & Nelly. Music aside, Elektro Horse is known as a personality first, with a large social media & country western fanbase, who are drawn to his lighted horse mask. 'Walk on Water' (Feat: Francesca Capasso) is a "heavy, faith-driven song that rings true for many," highlighting how not to give into the hard times each and every day," asserts musical artist Elektrohorse, who also produced the song.           (Elektro Horse / Photo by Sydney) 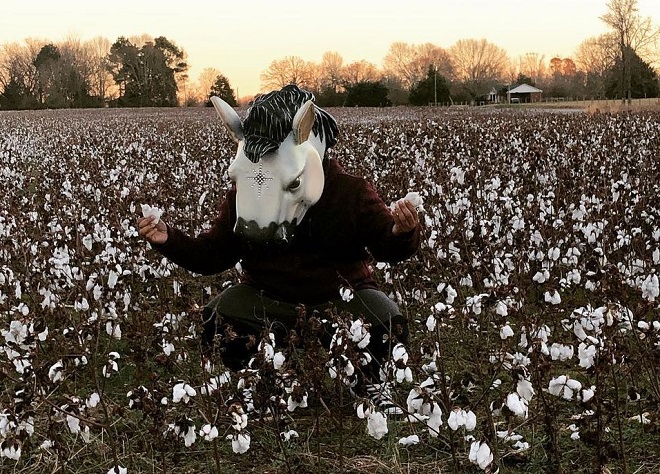 "Everywhere you look, you can see and feel the struggles that we all go through. Rich or poor, we are all in this together and you must remember to "Walk on Water". Francesca Capasso, originally from Houston, Texas, is the powerhouse vocalist that was determined to not let the devil stop her shine with the lyrics, "Made up my mind, can't stop my shine, no need to be unhappy" walk it out now. This Gospel/Blues/Country hybrid anthem is a clever reminder that for people that are struggling, the magic of faith is a shield to protect you from those challenging moments. This collaboration will go down in the books as one of the most unusual -- a horse and a blues singer! If the devil starts to make you feel defeated, don't forget to "Walk on Water."

How has the Country and Gospel/Blues music influenced your views of the world and the journeys you’ve taken?

ELEKTROHORSE: I feel in some ways that it's going in the right direction. In other ways it's not, due to the simple fact that we need more diversity and also a little less traditional sound such as including other genres into one record. What I do personally love is the songwriting and pouring out our hearts and into a song about a good or bad day.

ELEKTROHORSE: My sound is called CDM - Country Dance Music - and my movement and label is called "The Party Don't Care". That basically means no matter what your religion, race or political views are, we can all relate to each other on one thing and that's music. So again, the party don't care. I always start my records with a baseline and then the concept of most of my records includes featuring another artist, I either wrote the entire record or half of it. I'm not the best singer so that's when the talents of one of the dopest blues singers I know a/k/a Francesca Capasso comes into place. My sound is basically a pot of gumbo with country blues, funk, and pop.  Most people call my sound the country version of the producer named Timbaland. I like to add stuff to my sound by what feels good to me but being a deejay does help the influence. I’ve also had great mentors like my boy J. Mason who literally tries to find a way to push me to greatness.

What do you hope is the message of your music? What are the lines that connect: CDM, Gospel, and Blues music?

ELEKTROHORSE: Well I have so many different records with even more added genres and sounds that will be dropping soon and I want to keep this movement going by bringing artists together who would've never met each other because of their different worlds. I travel alot to make each record come to life and unite people with two different beliefs. 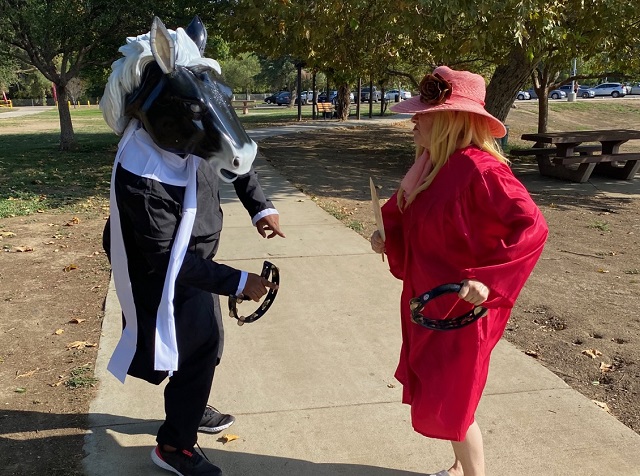 "I feel in some ways that it's going in the right direction. In other ways it's not, due to the simple fact that we need more diversity and also a little less traditional sound such as including other genres into one record. What I do personally love is the songwriting and pouring out our hearts and into a song about a good or bad day." (Elektro Horse & Francesca Capasso / Photo by Sydney)

Do you have any more interesting stories about the making of the new single/video 'Walk on Water'?

ELEKTROHORSE: 'Walk on Water' has literally existed for years but we never put it out because I knew we needed to put some extra gumbo on that plate aka music. Francesca came back in and nailed while dealing with her family situation, which I always keep her in my prayers for. Well I do remember traveling around the country at first trying to create this sound for it and I wrote the last part of the first verse in the bathroom but saying it out loud and the person next to me said yo dog that may be a jam and then he flushed the toilet. Sorry if it's too much information! (laughs again).

How you started the thought of a lighted horse mask? What is the hardest part of being an African American Country Music DJ?

ELEKTROHORSE: Well the mask started maybe six years ago but it was just the brown latex horse mask that you see artists wearing today. I started making that cool a while back when I was in artist mode aka rap and the horse was just a mascot. I was blowing up in Korea and the next thing you see is "Gangnam Style" come out and everyone was saying hey that's you on another level. After that I had to get me a lighted horse head (laughs). As far as a deejay, I would consider myself a producer/artist then after that, a deejay. But from a deejay perspective I realized that was my way in (to the music business) and created my sound and that was an easy way to play it. You don't see that many African Americans doing that from my angle, especially wearing an animal on my head. It has its ups and downs, but good music and healing the world helps it from a mental standpoint.

ELEKTROHORSE: The one thing is to get the underdogs going and bring two racist artists together in one room and jam out together, and they leave (the room) loving one another. 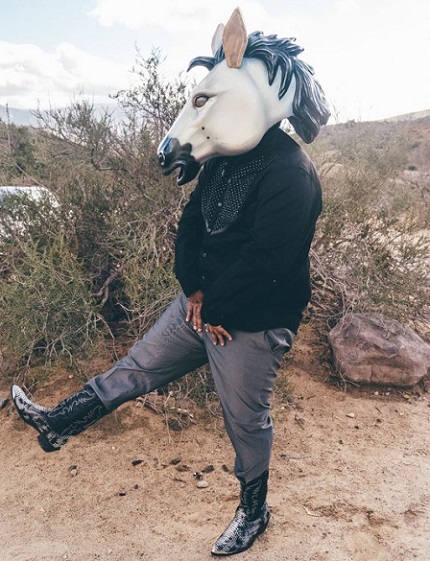 ELEKTROHORSE: No one is perfect and any day it can all be over so appreciating the gift.

"My sound is called CDM - Country Dance Music - and my movement and label is called "The Party Don't Care". That basically means no matter what your religion, race or political views are, we can all relate to each other on one thing and that's music. So again, the party don't care." (Elektro Horse / Photo by Sydney)

ELEKTROHORSE: I have a record out called 'Stomp' so please Google that when you get a chance. I feel one day that song will truly help this world and the racial tensions that are building, especially after this past US Presidential election. We need to love one another. I brought a black gospel singer from Chicago, a hood rapper from South Carolina and a country singer from Nashville all together on one song, "Elektrohorse Stomp."

ELEKTROHORSE: Mars, because everyone always highlights this place as a reference to a journey.