"Music is the international language of planet earth. It is the color in our world. Without music we are all living in a black and white movie. It's value cannot be overstated."

Drummer and percussionist Karma Auger plays/played in eclectic jazz trio Cast!, his father Brian Auger's band Oblivion Express, and Rudy Band Rotta among others. CAST has recently completed their first full length CD and will tour extensively in '08. Karma Auger's musical education began close to the beginning of his life. His earliest memories are of his father, legendary jazz keyboardist Brian Auger playing electric piano at the house in London. At age 2 Karma was already threading the tape on his father's reel to reel and plugging in headphones to listen to dad's new masters. At age 3 he began playing piano which he still plays today but it wasn't until age 20 that he found his true passion; Drums.                    (Karma Auger / Photo by © Alexandra Rangger, All rights reserved) 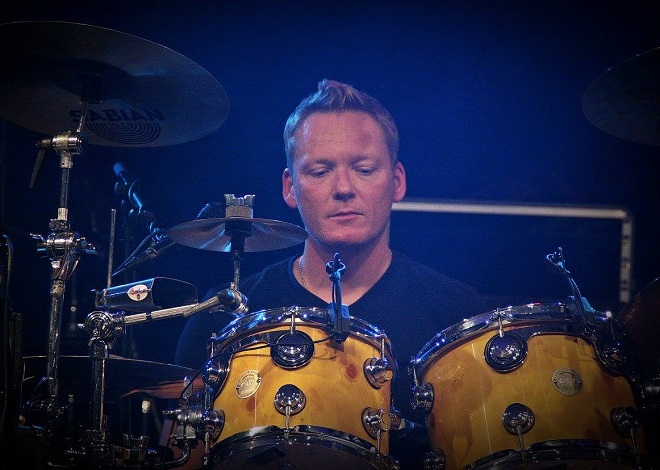 Since age 21 Karma has been touring and/or engineering and producing tracks for his father and a huge list of world class artists including Eric Burdon (The Animals), Robby Krieger (The Doors) and Billy Cobham to name a few. His understanding of the business rounds out his musical education which Karma owes greatly to his father. "My father has given me a priceless education and I am lucky enough to work with him today."

How has the Soul/Jazz, Rock and Reggae music influenced your views of the world and the journeys you’ve taken?

It has improved my life greatly by bringing me endless happiness as a listener and admirer of these styles, but also as a player it has given me a deep sense of fulfilment.

How do you describe your sound and music philosophy? What touched you from the sound of Drums (and started to play)?

I think of myself as a Rock, Funk & Jazz drummer all mixed up into one. I love all these styles and mostly I just love making the groove in a song go. No matter what the style, if you are a grooving drummer, it will be great. What drew me to the instrument was the Groove and the physicality of the instrument. Hearing great drummers play and the feeling I got inside.

I miss the spontaneity of bands just playing music. My hope is that young generations pick up real instruments and find the passion for playing and making real music.

Why do you think that the Brian Auger music continues to generate such a devoted following?

I think people are drawn to energy, honesty and integrity and Brian is such an energetic honest artist. He cannot be anything other than what he is. He has made such a high standard of playing/soloing/music for 60 plus years. When fans come to a show, they may not know what songs will be played but they do know the level at which everything will be performed. The songs often touch people in a way that speaks to their life, and they can relate to it. The songs are uplifting, reflective, inspirational and inclusive. I believe most of us wish to live in a world like this. 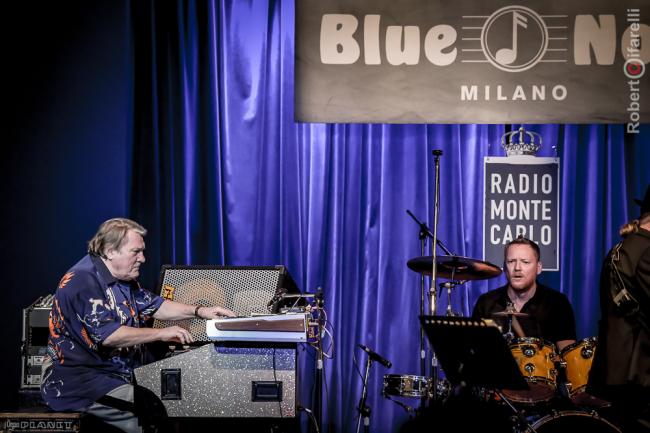 "I think of myself as a Rock, Funk & Jazz drummer all mixed up into one. I love all these styles and mostly I just love making the groove in a song go. No matter what the style, if you are a grooving drummer, it will be great. What drew me to the instrument was the Groove and the physicality of the instrument. Hearing great drummers play and the feeling I got inside." (Karma  & Brian Auger with Brian Auger’s Oblivion Express, 2018 Blue Note, Milano Italy / Photo by © Roberto Cifarelli, All rights reserved)

I think one of the best meetings was with one of my heroes, Bernard Purdie. He was so kind and generous, just a wonderful human being. Another would be when I met Herbie Hancock, another incredible human being. I am always struck by the big stars who are great humans.

The best advice I ever got was from my father who told me to work hard and always give 100% in everything I do, even when taking out the garbage. It builds good habits.

We once played a festival in Luzern, Switzerland for 3 nights in a hall starting at midnight until 4:30am. The headline acts who played the 8pm show outside in the seated arena would come and hang out at the "party" late show. One of the nights, Maceo Parker was playing the festival. He came and sat in with us for an entire set with an amazing trombone player from his band and it was one of the musical highlights of my life. It was the funkiest night of music!

Better paying gigs, more revenue from streaming, I worry that people have no interest in music as there is almost no way to make any money doing it anymore...

Music is the international language of planet earth. It is the color in our world. Without music we are all living in a black and white movie. It's value cannot be overstated. 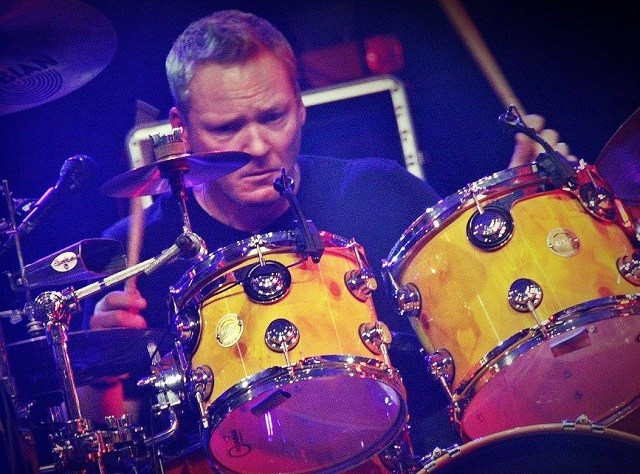