"My wish is of course that a new generation of music lovers will learn to appreciate blues and attend live shows, but also that the music remain soulful and genuine." Threads of those genres can also be heard in her previous albums, including 2008’s Hey Sugar, 2011’s Can’t Control Myself, and 2013's It Wasn't Real. Gina Sicilia got her first true taste of performing in front of an audience at age 19 during the weekly jams held at Philadelphia blues and jazz club, Warmdaddy’s, beginning in 2005. She’d already acquired her eclectic musical taste from her parents, who played all kinds of music on their home stereo, including pop tunes from her father’s native Italy. But after she ordered a packaged-for-TV compilation album called Solid Gold Soul that featured Bobby Bland, Etta James, Otis Redding, Aretha Franklin and others, she become hooked on old-school soul, blues and R&B. She had planned a career in journalism despite the encouragement of her musical mentor, Russell Faith, an important local composer and musician who’d written songs for Frank Sinatra. His death in 2004 galvanized Sicilia into action. “I started taking the subway by myself to the jams at Warmdaddy’s,” she says. “From the first time I got the courage to go onstage, the musicians there encouraged me.”

Gina, when was your first desire to become involved in the blues and who were your first idols?

I've had a passion for music and singing my whole life, but first developed a passion for blues and soul music when I was around 14 years old. I discovered the music through a compilation CD that had BB King, Bobby Bland, Etta James, Aretha Franklin, James Carr, Irma Thomas, and many others. From there I began to dig deeper, write my own blues songs and attend blues jams.

What was the first show you ever went to?

The first blues show I ever attended was when I was 15 years old. It was at the Trump Taj Mahal in Atlantic City, where I saw a lot of concerts over the years. It was BB King, Buddy Guy, and Susan Tedeschi. It was pretty amazing to see those artists up close and personal at a time when I was so enthusiastic about becoming a blues singer myself and it was all very new to me.

The older I get, the more I experience, and the more disappointments I face in life, the more I can relate to many of the lyrics in blue standards, more so than when I was younger. "My Love Will Never Die" by Otis Rush absolutely kills me and the intensity of it draws more emotion out of me than the average song.

The heart and soul. I try not to use my brain too much when I'm writing songs. I find if I think too much about lyrics or a melody when I'm writing them, the whole process feels forced. It's best to let the songs flow out of me through pure inspiration. I prefer not to overthink it. This is also true when I'm on stage singing. I tried to get into a zone where I'm not thinking too hard about what I'm doing. If I do, I'll get overly conscious about what I'm doing and won't feel connected to the music. What does the BLUES mean to you and what has Blues offered you?

It feels like home to me. When I first started listening to it as a young teenager, it was new to me, but just felt so familiar, as if I have been listening to it and loving it my entire life. It just feels so natural for me to sing. It has brought so much passion, creativity and adventure to my life. It has introduced me to amazing artists and brought some incredible people into my life. I'm so thankful that I fell in love with it.

I've learned how vulnerable it can make me. I've learned that even when I'm feeling closed down and guarded, music still has the power to break through that wall and make me incredibly emotional.

The bad experiences, the disappointments, and the heartbreak have made me a more emotional singer. The hard times in my life have lead me to express myself differently through my lyrics and through my voice. I have lead me to evolve. Even though they are no fun at the time, certain obstacles I've faced are ultimately things for which I'm truly grateful, because they've given me wisdom and have inspired my art.

How/where do you get inspiration for your songs and who were your mentors in songwriting?

I get my inspiration for songs through my own personal experiences and also through observing other people, hearing their stories and trying to empathize with their feelings and experiences. In the past I have written songs that were fiction, not about anyone or anything in particular, but with each album the songs have become more personal. Sam Cooke is a big songwriting inspiration for me and so is Dolly Parton. There are really too many to list. Anyone who tells a great story.

What do you think is the main characteristic of you personality that made you a songwriter? 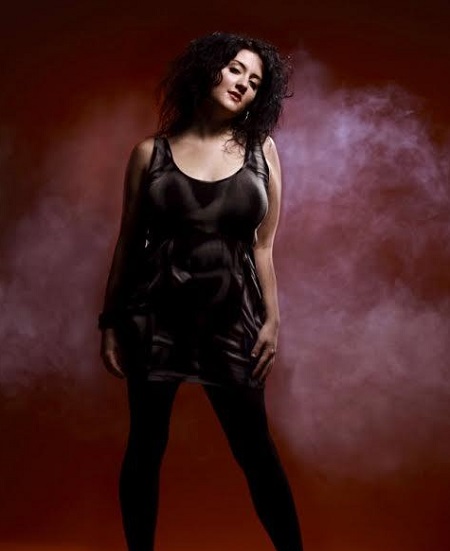 One of the best moments was early on in my career when I got nominated for a 2008 Blues Music Award for Best New Artist. I was very new to the scene and it was such an exciting time for me. Another great moment was when I got the tour Italy for the first time. My father was born there, and I still have a lot of family living in Italy. Though I had visited many times over the years, it was a very special experience for me to perform there. One bad moment I can think of is when I split from a manager I had been working with for less than a year. It did not end well. She was critical of my appearance and encouraged me to do certain things to get ahead in the business that I was not comfortable doing. Good riddance.

Which of the historical blues personalities would you like to meet?

I'd love to meet Bonnie Raitt, sing with her, or open some shows for her. That would be so great.

From whom have you learned the most secrets about blues music?

From all the great vocalists and songwriters. I've listened to. They've been my greatest teachers.

Of all the BLUES people you’ve met, who do you admire the most?

I greatly admire Janiva Magness. She's not only an amazing artist, but a smart businesswoman and a true fighter. She's a strong person and she perseveres.  That's something I continually aspire to.

Maybe because it hasn't really changed that much over the years and it is an artform that will always speak to people. My wish is of course that a new generation of music lovers will learn to appreciate blues and attend live shows, but also that the music remain soulful and genuine.

From a musical point of view is there any difference and similarities between: bluesman & blueswoman? As for similarities, men and women both love the music and have that passion for expressing themselves through Blues music. That part is the same. But women do have to fight a bit harder to be taken seriously, to be seen as more than just novelty acts, to get on those festival bills, and also to win over female Blues fans, who I believe tend to favor the men.

What is your “secret” music DREAM? What turns you on? Happiness is…

I'd love to perform on national television. Maybe Conan or Jimmy Fallon. That would be pretty cool. I'd love to be nominated for a Grammy. I'd love to sing with someone like Bonnie Raitt or Susan Tedeschi. Soulful voices turn me on. Happiness is being able to appreciate the good things in life. It's being grateful and having meaningful relationships.

Hopefully the most interesting period has yet to arrive.

Where did you pick up your style, how would you describe your contact to people when you are on stage?

I picked up my style from listening to so many great singers and songwriters of all different genres. I've always opened myself up to being influenced by whatever I was hearing. When I am on stage, I love to tell stories and explain the meaning behind my songs and why I wrote them. I love to joke with the audience and really connect with them.

How you would spend a day with Tina Turner?

Getting a dance lesson!!

Are there any memories from 2011 Legendary Rhythm and Blues Cruise that you’d like to share with us?

Would you mind telling me your most vivid memory from acts with Johnny Winter, Joe Bonamassa, Shemekia Copeland, Beth Hart, and James Cotton?

I opened several times for Johnny Winter early in my career. At the time, the experience was like no other and performing in those gigantic theaters was such a thrill. I would do it every day! 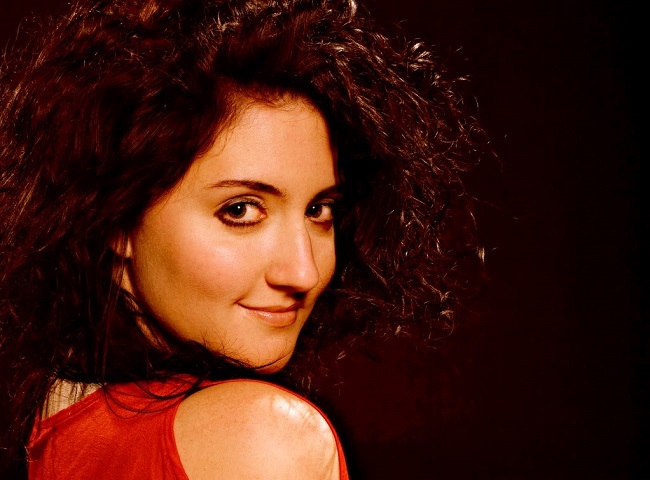