"My feelings lean towards calling Blues a destination, a Mecca if you will, for healing, rejuvenating and discovering. After all, the roots of Blues comes to me through field hollers. It is what gets me through my work day and leads to praise the release of burden."

Steve Vasquez: A Journey With The Blues

Central Iowa Blues Society education chair, Steve Vasquez is an administer programs funded through the Carol Thomas Memorial Endowment Fund, including Blues in the Schools and the Webster-Wagner Scholarship. The Central Iowa Blues Society (CIBS) is a volunteer non-profit arts organization dedicated to the education, preservation and celebration of blues and roots music throughout Iowa. CIBS was incorporated as a 501(c)3 non-profit organization in 1992 by 200 blues lovers who wanted to help to improve the blues scene in central Iowa. We endeavor to increase awareness of and appreciation for blues music by providing a network of association for blues enthusiasts. We recognize and honor our Iowa blues heritage through the Iowa Blues Hall of Fame program. We celebrate blues performance by promoting numerous concerts throughout the year including the Winter Blues Fest and the Iowa Blues Challenge. We strive to educate and ensure the future of the blues through the Blues in the Schools program. 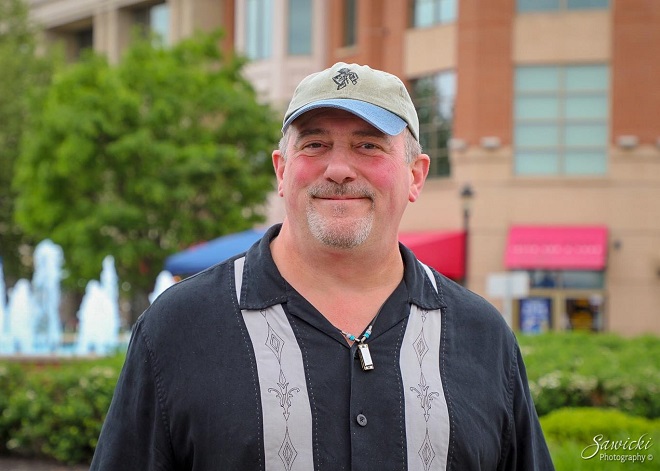 The Blues has enlightened me to understand that everyone has struggles in life and we all have our ways of getting through that to a better day. Everyone has their own flavor of Blues, their own call and response. Just yesterday, I witnessed the lead worker in a retail store giving encouragement to one of the staff members. I gave kudos to the lead person and in turn he looked at me and said that it has been a tough day and my kind words made it better. This has lead me to be more passionate about sharing the healing powers of the Blues with everyone.

You run very interesting projects and programs. How started the thoughts and how do you want it to affect people?

When I joined the Central Iowa Blues Society's BOD, I was handed the Education program. This had been dormant for over 9 years and needed to be built from the ground up. The school system here was actually very welcoming and supportive. We tried a pilot program and the next year we realized that the scope of work was too big and something smaller was what was needed. The new, smaller scale program was implemented with our Resident Educator, Kevin Burt, and it was a huge success with reaching nearly 1300 students from elementary up to college level.

Next came a small inner-city library that CIBS had some involvement many years ago. The staff there was wanting to revive what once was. After some collaboration, we came up with a name, "Crossroads: A Journey With The Blues". I came up with a 4-part series called a "Blues Bundle". This consisted of a performance with storytelling for all ages, a performance with participation, elementary/family with auxiliary percussion provided, History of The Blues, and a student harmonica giveaway with lesson. A fifth session was going to be added where we would zoom in an international Blues artist to present with a local artist/educator. This became very successful and was in 7 different libraries in 5 different cities.  We were looking at doubling that this year. At this point, restless brain syndrome set in, it was as if I had been to the Crossroads. Ideas came out on how to reach the people that needed the healing power of Blues. As the education program expanded, we had to have an umbrella for them. While meeting with Scott Allen and Jen Taylor, I kept saying "Blues Music Education". 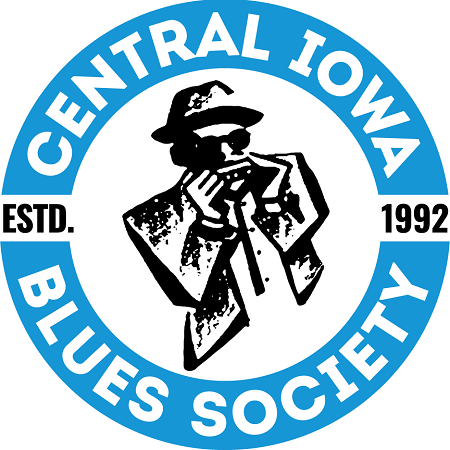 I noticed Jen Taylor sketching the word "BluesME", "THAT'S IT!" I said. I have been known to start a general membership meeting with, "Whatcha gonna say when the Blues comes callin'" to which there is a resounding response of, "BluesME!"

"Where In The World: A Blues Ambassador's Travels", featuring an international Blues artist that is Keeping The Blues Alive from across the globe. To date we have been to Nepal with Prakash Slim, Australia with Erica Graf of Adelaide Roots and Blues Society and The Lazy Eye Band, Italy with Fabrizio Poggi, Austria with Katharina Albers, Romania with Alin Dumbrava, Brazil with Igor Prado, Croatia with Marija Gasparic of the Be Sharp Band, Canada/Morocco with Othman Wahabi, India/USA with Aki Kumar. These also include info on their favorite cuisine and refreshment.

"Out Of The Blues Kitchen" focuses on what else are better ties that bind, food, drink and Blues! This comes to you fb live once a month and has been averaging 2k views. And, the answer is yes, there is a cookbook in the making. This will be available for a free will donation which all proceeds go to our education programs "Blues With A Healing" - This is a take on the Little Walter tune, Blues With A Feeling. Recognizing the need to help people having struggles with life gave birth to this. We are reaching out to immigrant organizations, homeless shelters, first responders, the LGBTQ community, Addiction programs, Children's hospitals, VA Hospitals, Guitars For Vets - The CIBS BluesME program has donated 40 guitars to the local chapter enabling them to reach further than ever before

Then come the "Back Burner" projects. - CIBS BluesME program will have a local Blues band open for the Des Moines Symphony. We will embed local Blues musicians in the Drake University Jazz band with a tribute to Count Basie. The one that will have the biggest impact is my vision of a Midwest Blues Alliance. Inspired by Paul Nelson, Coyote Bill and Frank Hicks, I am working towards networking at least eleven Midwest Blues societies. Kansas City will be the hub. I hope to have a Blues summit next year. A future summit/fest would bring one band from each society to perform at knuckleheads. As of now, seven of them have responded in favor. More details coming!

I believe it started as a state of mind and became a genre and artistic movement. Blues has an ebb and flow as it evolves. As the torch is passed, another form evolves. I enjoy hearing the many interpretations coming from today's artists as much as the ones upholding traditional Blues.                                 (Steve Vasquez / Photo by Leslie Allen) 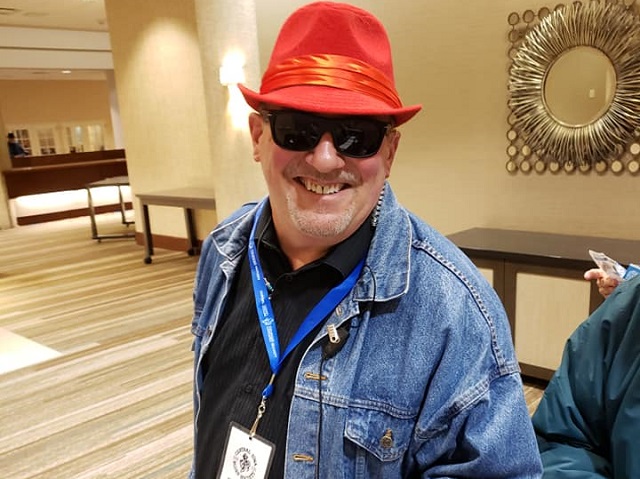 "Hope is what we all need. The future of the Blues has hope. Look at the definition of hope - a feeling of expectation and desire for a certain thing to happen. Blues will survive. I don't fear for the future of the Blues. What I am concerned about is the loss of live music venues which started prior to the pandemic. Today the concern to keep live music venues afloat is tantamount to the survival of the genre."

What would you say characterizes (Central) Iowa blues scene (and society) in comparison to other local scenes?

I feel Des Moines is as strong a Blues scene as anywhere. The level of talent here is of high caliber. Just the artists that help in the BuesME programs are unrivaled. There were many years that I spent in local live music venues looking for the best fit for the BluesME programs. I did ask them to be patient as this was being built.  That being said, I am not putting anyone down. CIBS Winter Blues Fest brings the surrounding state's Blues Challenge winners. They are all great! I have even had the honor to judge some Blues challenge finals outside of Iowa. Midwest music scene, it is deep with talent.

As these ages, so does the message. The message of the past was a grittier first hand feel of their time. As this becomes Blues today, the voice of the past turns down a bit. Do we accept this transformation? We need to accept the diversity and interpretation of this and embrace it to keep it moving forward. We all need to bring up a new generation to appreciate this "state of mind". Hope is what we all need. The future of the Blues has hope. Look at the definition of hope - a feeling of expectation and desire for a certain thing to happen. Blues will survive. I don't fear for the future of the Blues. What I am concerned about is the loss of live music venues which started prior to the pandemic. Today the concern to keep live music venues afloat is tantamount to the survival of the genre.

If you could change one thing in the music world and it would become a reality, what would that be?

Funding for performing arts needs to be brought back, and at an earlier age the better. I know of some that have 0 for a budget. That leaves the teachers to be the grant writers or raise funds through other means. As for Blues societies we need to be more aware of each other and network together. Ok, that's two things. 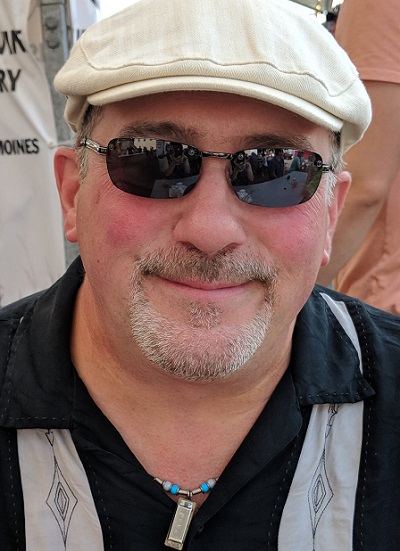 "I believe it started as a state of mind and became a genre and artistic movement. Blues has an ebb and flow as it evolves. As the torch is passed, another form evolves. I enjoy hearing the many interpretations coming from today's artists as much as the ones upholding traditional Blues."

What is the impact of Blues music and culture on the racial and socio-cultural implications?

My feelings lean towards calling Blues a destination, a Mecca if you will, for healing, rejuvenating and discovering. After all, the roots of Blues comes to me through field hollers. It is what gets me through my work day and leads to praise the release of burden. My passion for Blues music education is bringing all of this to people from all ages and walks of life. What about adding food and drink into this? What is a better tie that binds than food, drink and music. Amen.