"Blues is one of the warmest musical genres – it just feels so friendly, even if the subjects it touches happen to be heavy."

Ringhold is an avant garde blues duo from Raplamaa, Estonia. Kalle Tikas on electric guitar, eleOnora on vocals. Kalle started with a prog rock band BF and is involved in the experimental improvisation scenario of Estonia. eleOnora started out as an experimental vocalist and then began to sing the blues... both are time travelers ... On self titled album you will find stories from the wild wild blues...        Kalle Tikas & eleOnora / Photo by Reimo Võsa-Tangsoo 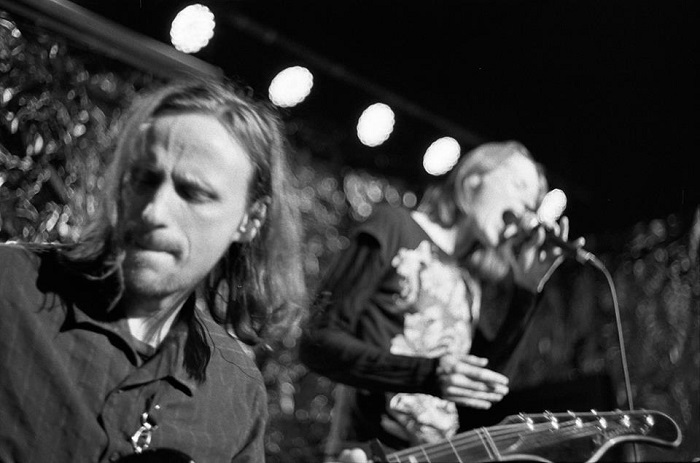 “We were most inspired by Fred McDowell and RL. Burnside from The Northers Mississippi area. Leadbelly gave us Black Betty and Laura Dukes introduced us to Stagger Lee Blues. At the very end they did actually find Blind Arthur Blake. Our aim was not to master any blues styles, rather we tried to capture the feel of some legendary musicians. Most of the songs on this album have traveled far from the original source.” Ringhold is an adventure for the sender and the receiver...

What do you learn about yourself from the Blues & Rock n’ Roll culture?

eleOnora: I understand that I am a stranger to the original blues culture. I am also a stranger to the world of music that was formed immediately after the blues and rock'n'roll. I am a white girl from Northern Europe – I have listened to a lot of music but I did not invent anything. I learn this of course from all genres of music – I use in my creation what has been done before, mix the influences through my filter – hopefully there is some originality born. Blues for me is a great musical vehicle. I have found possibilities in it to conduct a lyrical subject to new intriguing places. Blues has shown me some unexpected outcomes to anticipated moments. Blues is one of the warmest musical genres – it just feels so friendly, even if the subjects it touches happen to be heavy.

Kalle: Rock'n'Roll and then Blues guided me out of the 80's hard rock ja heavy metal world – I jumped back 30-40 years and got new starting point to explore music. Later came British blues, psychedelic rock, jazz-rock, fusion and so on…

What were the reasons that the duo started the Avant-garde and Blues Roots researches? What characterize Ringhold?

eleOnora: Ringhold started two years ago in June 2014. Before that we were both more involved with experimental improvisational music. While recording an album of improvisations we got into a discussion about where we were musically going. Somehow out of that discussion came the decision to do something interesting with blues music. So far the results are inspiring to us and we have found some great audiences.

Kalle: After years of work with experimental music and improvisation it felt that there was a dead end for me. Then the idea of mixing minimalistic blues guitar with eleOnora's vocal art seemed like something worth to explore.

eleOnora: It was great to play this June at the Midsummer Day celebration in a barn in the middle of Estonian woods – some really nice musical vibes were born there. We plaid until the sun came up again. 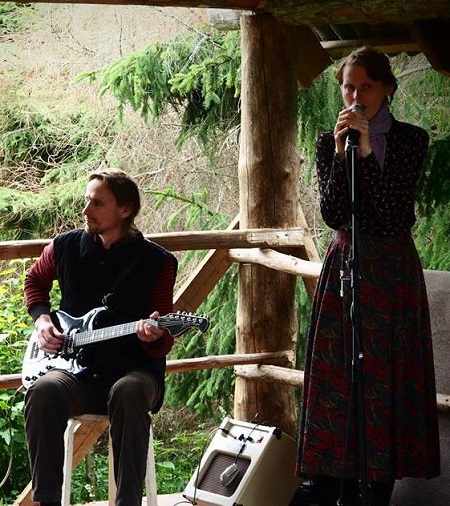 eleOnora: Music in general for me is an ongoing project. I don't exactly miss anything, but I do feel nostalgia for some things. Music used to be a more rare thing – more difficult to come across, to obtain. Finding lots of music really fast on the internet has many benefits, unfortunately also makes music a more casual thing.

Kalle: I often miss the feeling that music is something special. Nowadays you can listen to all the music in the world with a single mouse click. And with the next click you can make your own music.

Make an account of the case of the blues in Estonia. Which is the most interesting period in local blues scene?

eleOnora: My view of local music is more knowledgeable in experimental styles. I'm not so well in touch about Estonian blues scene. But I would mention Andres Roots and Cathouse Radio – I have heard both in concert and got good vibes. I have never heard Seto (an indigenous ethnic minority in Southern Estonia) actress Merca live, but would like – I've heard rumors that she sings some crazy blues.

Kalle: Most interesting period in Estonian blues scene for me was the very beginning of the 90's when there was only few blues bands playing around – Compromise Blue, Sats Blues Band, Kolumbus Kris. I was very curious in this field and it gave me lot of inspiration. In the beginning of the 90's the iron curtain was still lingering and there was not much information about the blues around the world. The singer of Kolumbus Kris, Urmas Vare (who was my father's friend) brought me Robert Johnson's cassette tapes from The United States. He also passed me other recordings – Howlin' Wolf, Muddy Waters – and his old blues harp which was bit out of tune already.

Kalle: Being both traditional there are some similarities – repetitiveness mainly. Every culture has their own works songs, religious songs etc. The difference nowadays is that the folk scene in Estonia is very big and outstanding, blues is really underrated.        (Ringhold / Photo by Riho Vahtras) "Blues for me is a great musical vehicle. I have found possibilities in it to conduct a lyrical subject to new intriguing places. Blues has shown me some unexpected outcomes to anticipated moments."

What are the lines that connect the Blues from Leadbelly, Robert Johnson, to Diamanda Galas and Capt. Beefheart?

eleOnora: These four musicians have really different expressions. Leadbelly and Johnson stand for blues (much more too), but basically they are blues men no doubt. Galas and Beefheart are two things out of all the music that blues has strongly influenced. All four have definitely influenced Ringhold's music.

Kalle: Robert Johnson being first traditional blues artist I ever heard is like a milestone for me and Beefheart was the first one who broke it to parts with his anarchy.

eleOnora: Music wise – there are many options, but I will try to go to the 1970 New Year's Eve celebrations that happened in New York City at the Fillmore East. Jimi Hendrix plaid there, before and after mid-night. I have had a recording of that particular live from since pre-youtube times. It was a great concert, I would definitely go there.

Kalle: I really would like to go to 1930's Estonia, meet my grandparents when they were young. Once in the 1990s when my grandmother was still alive I played to her a tape of Robert Johnson's music – "Listen to this, it's music from your youth!" – She replied “No-no, this is not our music, we had nice songs, not like this at all she said.” 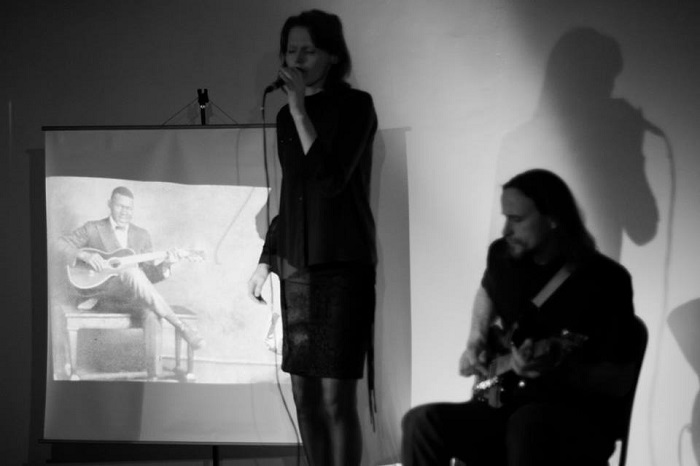