Q&A with fine artist and musician Todd Westover, the founder of Toothpick Elbow, based in Los Angeles

"Art and music can help people grow. My hope is that they can grow in a positive way and love life and each other more."

Fine artist and musician Todd Westover, the founder of Toothpick Elbow (Los Angeles, CA) is one of those incategorizable masterpieces that comes along only once in a while to trance us out in such a beautifully primitive style. Kinks-influenced in a neo-gothic-meets-new-wave type of way. Todd has been closely associated with Spiritone since it's inception, designing many of the Spiritone CD covers and appearing on all of the Wisconsin Collection CDs. Demo Universe says: "Something of an underground LA supergroup led by ex-BellRays drummer Todd Westover (he produced and wrote the bulk of the tunes and plays several instruments), Toothpick Elbow throws down a heady blend of glam, punk, blues-rock and psychedelia that invites comparison to artists as disparate as Bowie, the Kinks, Jon Spencer and The Fall but ultimately sounds like nothing else. At once primitive and crafty, Westover and company turn the neat trick of making body music for the mind, kicking your ass as they mess with your head." 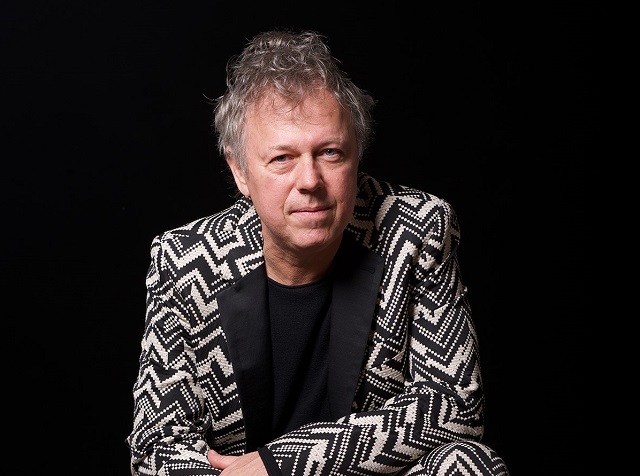 If you could transcribe Todd’s paintings into music, they’d be symphonies. It’s as though they reach beyond the purely visual toward the musical, as though you could hear them if you only had the ears for it. So musical, you could practically dance to them, spontaneous yet perfectly composed. Todd started painting with his two young children. At first trying to use up the paint they left behind, he painted flower forms that reflected his love of 1950’s and 60’s pop culture imagery. The flowers can be traced back to a doodle as a child on school notebooks, then during meetings as an adult. Also a graphic designer and photographer living in The Brewery Arts Complex in Los Angeles, he has art directed several national newsstand magazines, designed websites, books, posters, music packaging, and lots of other stuff. Todd’s paintings book, ‘TODD WESTOVER 2013 – 2020’ features over 100 full-color images of his flowers, faces, houses and murals.

How has the Art and Counterculture influenced your views of the world and the journeys you’ve taken?

I see art in everything. Beautiful light, color, composition, is all around us. Music and rhythm too. The act of appreciating it, noticing it and loving it brings it into our lives. We attract what we put energy into.

I think art exists to make us feel something. That’s why we’re all here. To experience stuff. Feel things. Express ourselves. Art acts as a springboard for that. I must create. I have done this my entire life. That is my mission on the planet. Make beauty. And thank goodness for the counterculture. As we’ve seen in the US in the past few years the regular culture is pretty darn misguided.

What were the reasons that you started the artwork experiments? Where does your creative drive come from?

When I was a kid, I was strongly influenced by the pop art of the 60’s and especially the ‘Flower-Power’ graphics that were everywhere. I especially loved the brightly colored daisy stickers that were super popular at the time. I remember drawing them as a doodle at a very young age. This doodle continued into adulthood. I would fill note pads with it while sitting in staff meetings when I art directed magazines. I was also really into Peter Max and advertising that used that style. The movie Yellow Submarine was huge for me. Also, The Point. Also, anything Andy Warhol did. I remember thinking he was the coolest, though I wasn’t completely sure what he did. It’s wasn’t really a drawing or a painting. But I knew it was cool.

In 2013 I quit the publishing world to become a stay at home dad and would often paint with my two young daughters. They would mix these amazingly rich colors, paint for 20 minutes and be done. Instead of pouring the paint they mixed down the drain, I would pull out a new piece of butcher paper and start to do my thing. The flower doodle. Most of that ended up as wrapping paper for various birthday presents and soon people started asking if I had done anything like it on canvas. Seven years and more than 150 paintings later (most of them have sold), my life has changed considerably. I’m divorced, living in the Brewery Arts complex and sometimes still share an easel with my 13-year-old. I feel very fortunate to be able to say that I make art every day and have done this my entire adult life. I’ve never had a non-art related job. "I think art exists to make us feel something. That’s why we’re all here. To experience stuff. Feel things. Express ourselves. Art acts as a springboard for that. I must create. I have done this my entire life. That is my mission on the planet. Make beauty. And thank goodness for the counterculture. As we’ve seen in the US in the past few years the regular culture is pretty darn misguided."

How does music affect your mood and inspiration? How do you describe Toothpick Elbow music philosophy?

Music is made of vibrations. We are vibration as well. As is the entire universe. This is why it effects us so strongly. A melody can bring tears to my eyes. It could just be a chord change, or a movement and it will stop me in my tracks. It happens in Miles Davis ’s tune ‘So What’ when the drums kick in and the band follows. It blows me away every time. It happens in Smokey Robinson’s ‘Tears of a Clown' after the little flute intro (and repeats later in the song). I’ve heard that song a million times, but it continues to rock my world with every listen. I can’t paint without music. Usually jazz or J.S. Bach. I’ve painted large murals almost exclusively listing to Caption Beefheart. And countless other records and musicians.

I miss musical Instruments being played by people in a room together. I know it still happens, it’s just not so easy to hear any more. I think after this Covid thing people are going to really appreciate live music again. All the venues that closed will come back in a big way. People will want to dance and sing and see plays and movies and music being performed. 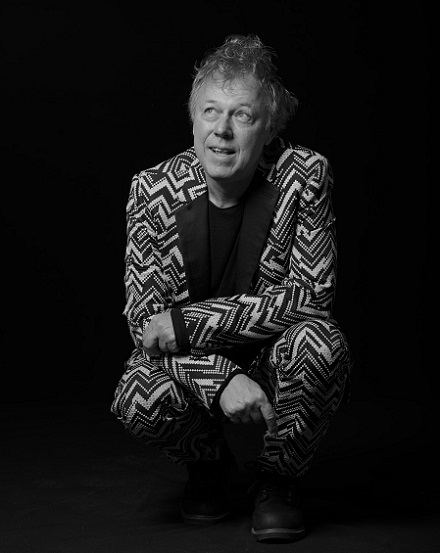 John Lennon would still be on the planet.

"My songwriting is influenced by it all. I hear John Coltrane in Jimi Hendrix. Bach is in everything. I love it when you can hear the African influence in early blues. If it comes from the heart you can hear it instantly. When I play or write music it comes from that place." (Todd Westover / Photo by Jeffrey Sklan)

Keep playing. Keep creating. It would be easy to just stop because it is hard work at times. But the joy I get from playing music far outweighs the struggle.

What is the impact of Art & Music on the socio-cultural implications? How do you want it to affect people?

Art and music can help people grow. My hope is that they can grow in a positive way and love life and each other more.

London, early to mid-60s. Seeing all those great bands in small clubs any night of the week must have been amazing.