Q&A with founding member of the Yardbirds, Jim McCarty - his innovative drumming style which he introduced into music in the ’60s

"It’s been a great journey, travelling around the World and playing music I’ve been involved in creating. It never seems to get boring, in fact better now, as new doors are opening. It’s incredible how people all over are so honorable and well versed in the music."

Jim McCarty is the renowned drummer from THE YARDBIRDS who is respected worldwide for his innovative drumming style which he introduced into music in the ’60s on hits such as “For Your Love”, “Heart Full Of Soul”, “Evil Heated You”, “Shapes of Things” and “Over Under Sideways Down” – all of which were UK Top 10 hits. When The Yardbirds broke up in the late ’60s Jim formed a number of successful bands over the next 25 years including RENAISSANCE, SHOOT, BOX OF FROGS, STAIRWAY and ILLUSION before reforming THE YARDBIRDS in the ’90s, whom he still tours with today. As a founding member of the Yardbirds, drummer Jim McCarty had an ear for talent, bringing in young guitarists Eric Clapton, Jeff Beck and Jimmy Page to play for the band. Born July 25, 1943 in London, McCarty grew up in Tottington, England, and began playing in the Metropolis Blues Quartet, which changed its name to the Yardbirds in 1963. At the time, McCarty was working at a stockbroker’s office by day and playing music at night. He used to see the Rolling Stones play their regular gig at the Crawdaddy club in nearby Richmond, and when the Stones moved on, McCarty and the Yardbirds took their spot. By their 1964 live album, Five Live Yardbirds, guitarist Anthony “Top” Topham’s parents had forced him to leave the group over concerns that he was missing too much school, and lead singer Keith Relf’s schoolmate, Eric Clapton, had taken over the lead guitar duties. 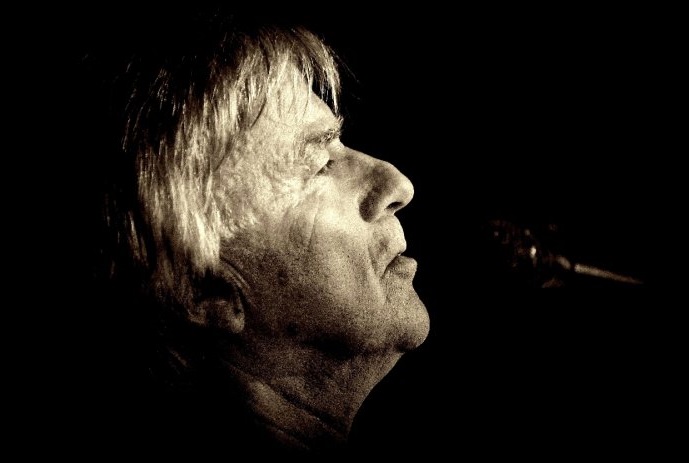 The revamped lineup developed their own sound, playing traditional blues and R&B tunes with a heavier, amplified style, emphasizing the lead guitar and solo improvisations. In 1965 they had their first hit, “For Your Love.” After For Your Love, Clapton left the Yardbirds to join John Mayall & the Bluesbreakers, and McCarty welcomed his future co-comedian, Jeff Beck to the group. Beck only stayed in the band for a year and a half, but would have a disproportionately large influence on rock guitar, lending his off-the-cuff playing style to hit songs like “The Train Kept A-Rollin’” and “Heart Full of Soul.” Before Beck succumbed to stress-related exhaustion he was joined, and later replaced, by a local session guitarist named Jimmy Page. The Yardbirds began to dissolve shortly after Page joined, with McCarty leaving in 1968. After leaving the band, McCarty and Relf formed the band Renaissance, which produced two albums, Renaissance, in 1969, and Illusion, in 1971, before McCarty left. McCarty continued to write songs for Renaissance after leaving, even reforming the band at one point under the name Illusion. In 1995, he joined a new version of the Yardbirds and recorded the album Birdland in 2003. The former Yardbirds drummer and founding member of the original incarnation of Renaissance releases his 3rd solo album “Walking In The Wild Land” in 2018.

It’s been a great journey, travelling around the World and playing music I’ve been involved in creating. It never seems to get boring, in fact better now, as new doors are opening. It’s incredible how people all over are so honorable and well versed in the music.

How do you describe your music philosophy? How do you think that you have grown as an artist since you first started?

Music Philosophy is about trying to keep it fresh and flexible, playing as a band, playing off one another etc. I’m sure this is the big issue in Jazz. 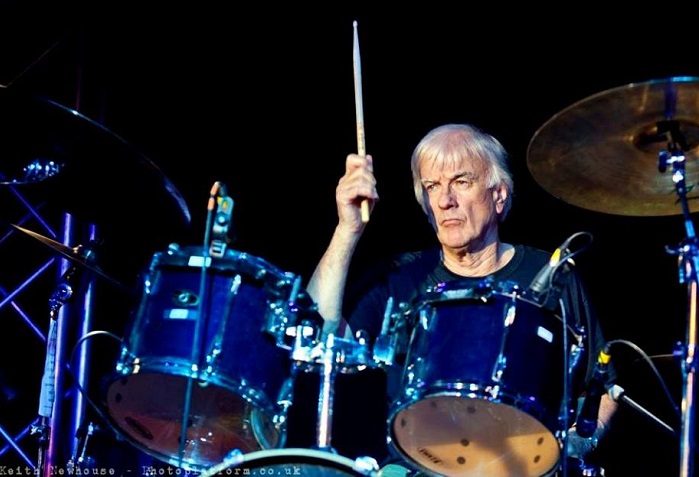 "It’s been a great journey, travelling around the World and playing music I’ve been involved in creating. It never seems to get boring, in fact better now, as new doors are opening. It’s incredible how people all over are so honorable and well versed in the music." (Jim McCarty / Photo © by Keith Newhouse)

Quite some time ago I was going through a low period, not doing much playing or recording and I was doing an evening French class.

After the class I met up with the teacher in the local pub. I didn’t know him very well, and told him I was going to give up music. His advice was “You can’t do that- you have a talent!”

Two memories- playing with the Beatles in Paris, 1965 we shared the same backline.

The drums were not miked, so consequently had to hit them very hard. Coming up to the last song, I realized I’d broken Ringo’s snare drum!

The other one was recording “Over, Under Sideways Down” which was a pretty straight boogie song with a couple of breaks. When we had the backing track down, we asked Jeff Beck to play an intro riff. What he came up with sounded completely out of place at first, but then we got used to it, and it became a classic guitar riff%!

I suppose modern music is quite manufactured compared to the “old” stuff which was played live. I don’t like auto- tune- it has become very corny now.

When we formed Renaissance, we set up and played every day together until we had a live hour set played without a stop. I would like to see some good live bands in the future, and perhaps on these music talent shows. 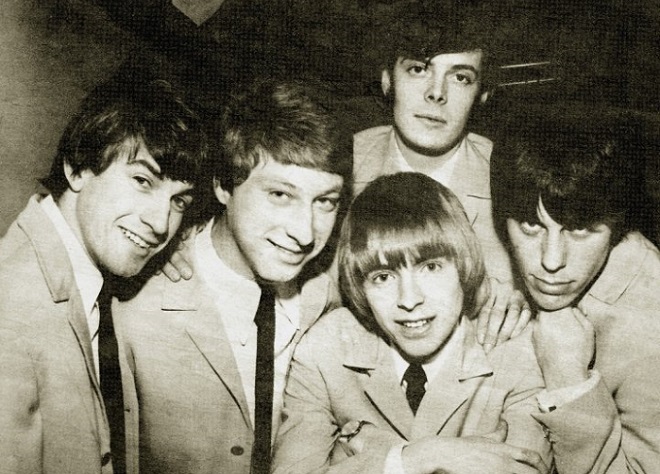 "It was (the UK) a great center for innovation in all arts in the 60’s. As for music, we were playing songs we’d heard from black musicians who probably didn’t get heard in the US, as there were separate circuits." (Photo: Jim McCarty with the 'classic' Yardbirds line up, Spring 1965)

Why do you think that The Yardbirds music continues to generate such a devoted following?

Yardbirds music seems to go on and on! Don’t really know why, as a lot of old bands don’t get much interest now. We always tried to be original and “futuristic”. Playing the repertoire now is always fun, as long as it’s not every night of the year.

What were the reasons that made the UK in 60s to be the center of Blues/Folk/Rock researches and experiments?

It was (the UK) a great center for innovation in all arts in the 60’s. As for music, we were playing songs we’d heard from black musicians who probably didn’t get heard in the US, as there were separate circuits.

Some of the lessons are to remain very patient, and realize there’s an awful lot of time preparing and travelling etc. in order to play a relatively short time. The preparation is very important, as it’s imperative to do as best a performance as possible. The latest lesson was to employ one’s own soundman, so that you can really make sure to have the best possible sound each night.

When we play, I can feel the energy of the audience lifting during the show. At the end of the night the atmosphere is palpably lighter. I can appreciate music has this power to raise the energy in a co-operative way, so we all feel part of something quite magical together. 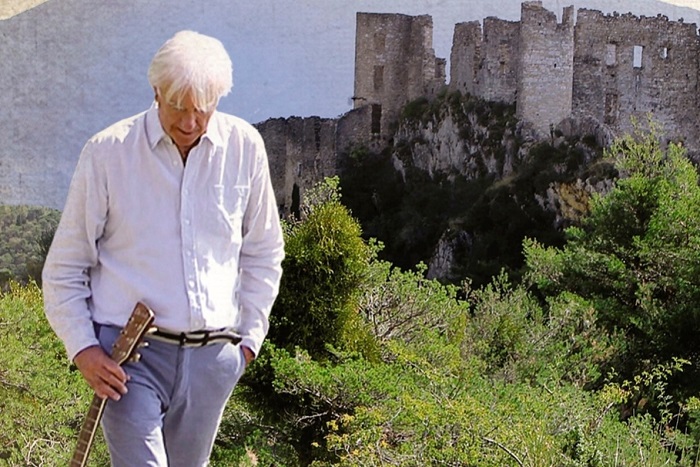