"I believe that every art form is a political statement. Rock music must have this alternate view. And I have to admit that I hate every right-wing guy out there."

Greek band Dustbowl founded in May 2006. In Sept. 2008 their 1st album “Troublebound & Lonesome” has been released and in May 2009 the band recorded 14 new songs for their legacy’s cross section album "Goin' Down" which features notable special guests such as Jeremy Gluck (The Barracudas), Alex Kalofolias (The Last Drive, Thee Holy Strangers, The Earthbound) & Phil Shoenfelt (Fatal Shore, Southern Cross). Dustbowl became the first local underground band to play at Megaro Mousikis Athinon - March 2014 - "Dustbowl: Johnny Cash / The Tribute Show"). Nick & John along with Alex Kalofolias and other friends established Thee Holy Strangers (a local super-group). With “The Great Fandango” (May 2016) the band tried and managed to made the watertight case for their music as an art form in itself. At a time when all local underground music was stringently manufactured, these Americana guitar-driven melodies and those “Mother Earth Rock”- produced whorls of sound proved that untried ground was not only the most fertile stuff, but also the most viable. It defined the past and - for good and ill - gave Dustbowl all its airs and graces.             Dustbowl, 2019 / Photo by Takis Kyriakoylakos “The Great Fandango” (like it’s “long time a-comin’” predecessor “Goin’ Down”) got raving reviews in local press and combined with the band's energetic live shows gained them a cult status and a strong following in the local underground scene. The album’s soulful music resides not just in its compositional forms and instrumental invention, but in the elaborate vocal harmonies and lyrics that imbue these “earthy” songs with an almost heartbreaking grandeur… their “Mother Earth Rock” elegy. In Nov. 2017 Dustbowl shared the stage with The Dream Syndicate. “The Story of Mr. Dandy Gasoline” is Dustbowl’s new album (October 2019). Dustbowl made the choice to direct their music head on, employing realism rather than subtext or symbolism to purge its makers’ own anger, discontent, and frustration with societal disintegration, alienation and the urban divide but in a somekinda “fancier” than ever psychedelic alt. country – rock direction. Mr. Dandy Gasoline’s considerable force can in part be credited to the sheer musical strength of the current Dustbowl’s line-up. The album features Chris Cacavas (now Dream Syndicate, ex- Green On Red) among other friends. Dustbowl are: Panos Birbas - Vocals, Guitar; Nick Fysakis – Guitar; John “Hardy” Houstoulakis - Pedal Steel; Mike Dremetsikas - Guitar, Backing Vocals; Lydia Grammatikou - Bass, Backing Vocals; and Dionissis Stefanopoulos - Drums.

Nick: My whole view of the cosmos changed when I first heard the sound of somekinda electric guitar chord coming out of a warned-out vinyl record. I wasn’t the only one who get struck by this sound…

Panos: Rock 'n' roll is an attitude towards life anyway. Though nowadays it does not have the hypostasis of the past, yet it always remains an important constant. Your take on must be clear bearing it’s cost. It is a political act and a social position. We have chosen our side. With these thoughts in our mind we roll and we sing, this is our journey.

What were the reasons that started the "Dustbowl" band? How do you describe band's songbook and sound? What is the story behind "Dustbowl" name?

Nick: I can’t recall what happened at day one. We love to play that’s what I know. Our sound is what we call “mother earth rock”.  It’s simple guitar rock music. You will find some Americana, alt. country – rock and psychedelic rock influences there.

Panos: This name seems more relevant than ever. The blending of nature’s imbalance along with of a deep economic crisis back in the dirty 30’s in America. If you consider the current situation in Greece and the rest of the world it’s a name we would choose again for sure. 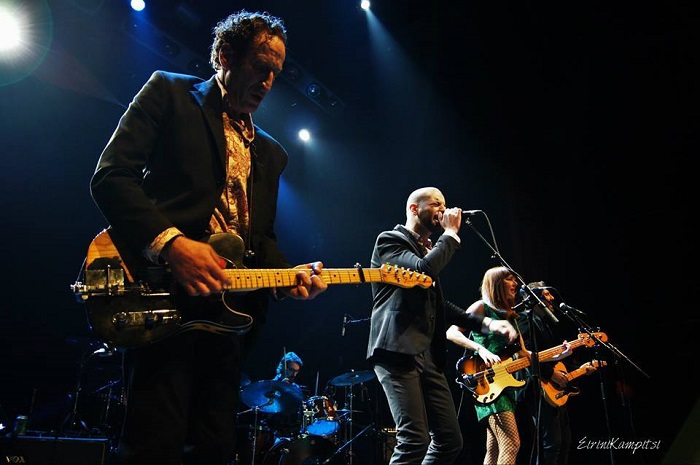 "What I miss more these days is the lack of people’s need to express themselves through music and it’s true sense of the previous decades.  My fear is that people do not express their needs through music and don’t seem to fight for the same values they fought in the past." (Dustbowl / Photo by Eirini Kampitsi)

Nick: There are a lot…but you will find no drugs, no extreme sex and stuff. I remember one time in Thessaloniki we had a terrible argue at a luxury hotel lobby. It was between us and it was about the set list. We were slamming doors and yelling to each other. The girl at the reception stared at us and asked with admiration; “What time are you playing tonight? I want to come to the show!”

Panos: I am very happy that we managed to record our last album “The Story of Mr Dandy Gasoline” with great sincerity. It’s first presentation as an opening act along with Dream Syndicate before a few days was one of the best concert experiences in my life.

Nick: I don’t miss nothing because at the past the music business was as bad as now. Maybe some guys who lived at 60’s or early 70’s experienced some great stuff. It’s great to turn up the radio and hear “God Knows” from The Beach Boys.

Panos: What I miss more these days is the lack of people’s need to express themselves through music and it’s true sense of the previous decades. My fear is that people do not express their needs through music and don’t seem to fight for the same values they fought in the past. In the old days’ music expressed ideas that had to do with equality and solidarity. Unfortunately, if you listen to the “new” music you’ll understand that inequality and mastery of the powerful over the weak is fostered.

Nick: I want to create music, to write songs and play the guitar. I don’t care about music in general. It’s ok as it is.

Panos: I would change my previous answer. I would create again a decade of the 60’s, when music’s meaning was essential and deeply radical. 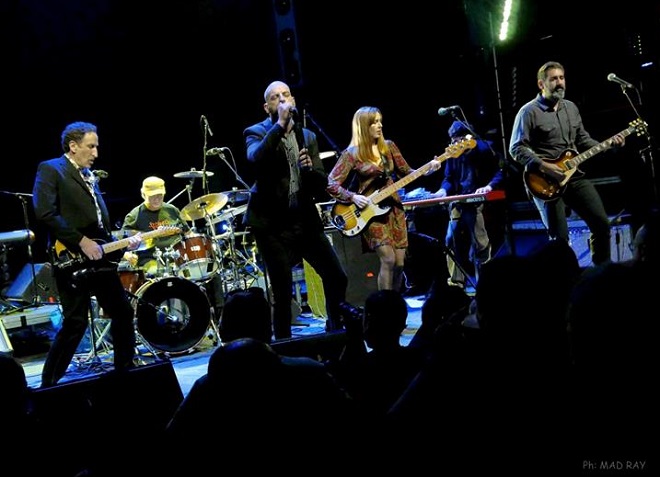 "Rock 'n' roll is an attitude towards life anyway. Though nowadays it does not have the hypostasis of the past, yet it always remains an important constant. Your take on must be clear bearing it’s cost. It is a political act and a social position. We have chosen our side. With these thoughts in our mind we roll and we sing, this is our journey." (Dustbowl on stage/ Photo by Takis Kyriakoulakos)

What are some of the most important lessons you have learned from your paths in local music circuits?

Nick: That I have to believe in my team, in our band. We have to work and stick together. That only matters.

Panos: The Greek rock ‘n roll stage has many great examples. There are many bands making music with humility, commitment, social sensitivity, friendship and team work. Of course, not all bands behave like this because it is difficult to survive this way into the Greek musical reality. So, they choose a different way to stay alive. There is great material in the Greek rock ‘n roll stage and it can turn out to be really special if the way to establish it and the people to do so is found.

What is the impact of 'Rock' music and culture to the racial, political, and socio-cultural implications?

Nick: I believe that every art form is a political statement. Rock music must have this alternate view. And I have to admit that I hate every right-wing guy out there.

Panos: Rock music since the 60’s has been adjoined with the culture of the revolution and a wider anti-war movement. This carries on ‘till our days. Our problems today are as significant as the problems of that era. The deep crisis of the values, economy, politics, the environmental crisis, racism and the refugee issue are a major fount of inspiration and give art and music great food for thought.

Nick: Believe me… nowhere. I want to stay here… I am fine.

Panos: One day at Altamont speedway in Livermore California or one day at Monterey pop back in the 60’s. 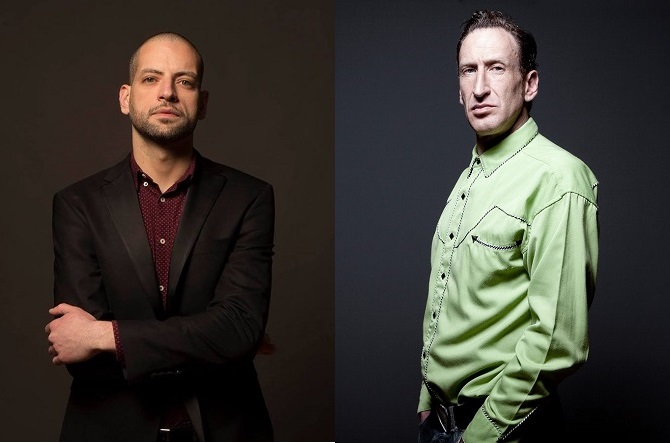