Q&A with guitarist Chris “Kid” Andersen - a blues fan since childhood, one of the best blues guitarist todays

"Blues is a musical language. It’s one that I fell in love with as a young man, and it has defined my life ever since then. Almost every human being in my life is there because of the path my love for blues music led me down."

Chris “Kid” Andersen was born in Telemark, Norway in 1980. A blues fan since childhood, Andersen fell in love with the music of Otis Rush, Buddy Guy, Junior Watson, and the Kings (B.B., Albert and Freddie). By the time he was 18, he was backing all the American blues stars who came through Norway, including Homesick James, Nappy Brown and Willie “Big Eyes” Smith. Andersen released four solo albums before joining blues harmonica legend Charlie Musselwhite’s band in 2004, a gig that lasted until he joined Rick Estrin & The Nightcats. 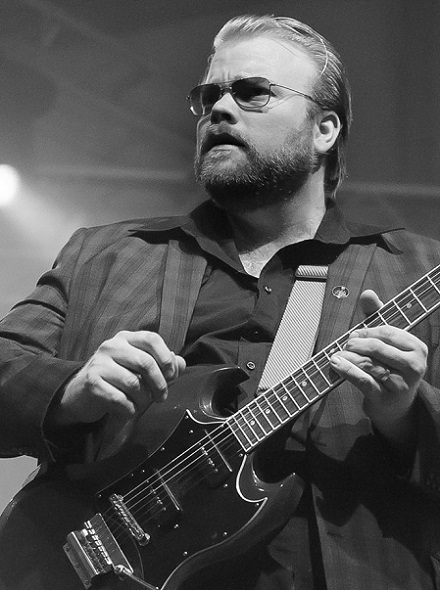 Andersen had gained the attention of Norwegian blues guitar teacher, Morten Omlid, who steered him towards traditional blues music. In 2001, at age 21, Andersen moved to the United States, joined blues frontman Terry Hanck's band, and quickly became a figure on the West Coast blues scene. Andersen later played in Charlie Musselwhite's band and got a Blues Music Award (formerly W.C. Handy Award) for best contemporary blues album for Charlie Musselwhite's Delta Hardware. Then, when Little Charlie Baty retired from touring, Andersen took his place as guitarist in the Nightcats, and the new name of Rick Estrin & the Nightcats was formed. Andersen has also done extensive touring with Elvin Bishop on the Red Dog Speaks Tour. He is married to American Idol finalist Lisa Leuschner. They currently reside in San Jose, California where Andersen is CEO of Greaseland Studios. In 2013, Andersen was nominated for a Blues Music Award in the 'Gibson Guitar' category. In 2014, 2015, and 2016 he was nominated for a Blues Music Award in the 'Best Instrumentalist - Guitar' category.

What do you learn about yourself from the blues music and people? What does the blues mean to you?

Blues is a musical language. It’s one that I fell in love with as a young man, and it has defined my life ever since then. Almost every human being in my life is there because of the path my love for blues music led me down. I don’t separate music, work and life. So therefore, the answer is everything I know and have is because of music, and because of Blues music.

How do you describe Kid Andersen sound and songbook? What characterize your music philosophy?

I take everything I like, that moves me, and I put it together in my own way. Sort of like deconstruction and reconstruction. I learn and absorb as much as I can of what I like of my musical surroundings, and it comes back out of me. After a while, I believe that is what becomes your original, own sound.

Everyone I have met and played with has been an important acquaintance. Some more than other, as it turns out, but you never know which ones are going to be most meaningful and lasting relationships, so I try and think of them all as important. The best advice I ever heard was “Be really really good at what you do, and don’t be an ass hole. After that, most things tend to work out.” 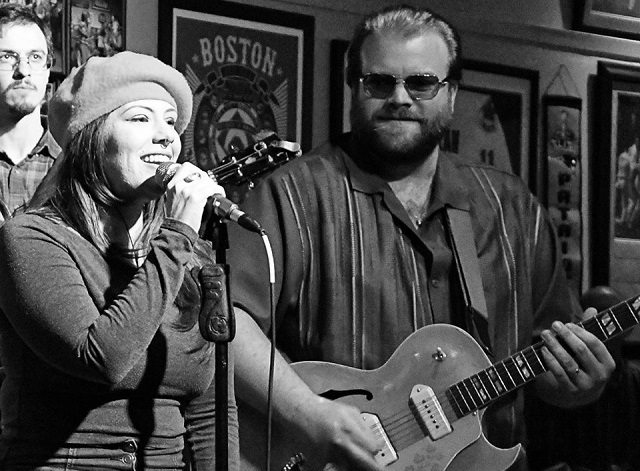 "I take everything I like, that moves me, and I put it together in my own way. Sort of like deconstruction and reconstruction. I learn and absorb as much as I can of what I like of my musical surroundings, and it comes back out of me. After a while, I believe that is what becomes your original, own sound." (Photo: Kid with Robby Yamilov and Lisa Leuschner Andersen)

Are there any memories from Charlie Musselwhite, Rick Estrin and Elvin Bishop which you’d like to share with us?

Too many to mention... (Laughs)... They are all really good friends of mine, and I love hanging with every one of them.

Blues has been pretty much ruined. If I heard “blues radio” today, I would NEVER be interested in Blues. Blues was pretty much hacked by mostly well intentioned white people in the 60s. It gave Blues a popularity boost, but as white people became the new blues musicians, so many of the most important things about the music disappeared. The church sound, the deep spiritual and dramatic sound disappeared. it was not part of white culture. The mystery and aura of the great classic blues recordings disappeared. The DANGER disappeared, and the element of the unknown that turned me on when I first heard it, it’s not there for me in most newer blues recordings. The VOICE as the lead instrument disappeared, and now there’s too much focus on the guitar heroes and all that bullshit.

Nowadays it is even worse. The whole genre has been overrun by artists who don’t even have a relationship with where the music came from. They are posers. they call what they do “Blues” but it is not. They just couldn’t make it in any other music “scene”. And the audience is letting it happen. they think it is “keeping the blues alive” or “evolving”. It is not, it is killing the music, and it is devolving.  Selling a ‘Big Mc’ and calling it “fine Italian food” is NOT saving Italian food, no matter how popular it is. I don’t know whose fault it is, the artists or the audiences, or just the fact that the whole music business is going down the toilet. It is not good. I don’t fault anyone for liking what they like. if you like something I think is shit, that doesn’t mean I think you’re a bad person.  But what has happened to music, and yo the name “blues” in general is very saddening and infuriating to me.  But there are some great new talent coming out. People will ALWAYS find and fall in love with the real blues. That’s what will keep it alive forever. I would make Talent Equal Success.

"With the representation “Blues music” currently has, I would say it has little to no impact. The few that are saying something, they are not being heard." (Photo by Bob Sekinger)

There was a lot happening in Norwegian blues in the late 90s, early 2000's many bands, popularity was good, people came out to support music. And there are some really great talented and creative musicians in that scene. But, with VERY few exceptions, blues from Norway is not the real thing. it’s an assimilation. And some of it is cool, but blues came from the US, born out of the experience of black people over here. I will never have the same experience. But it was important to me to live here and become part of the culture, and to see and feel the culture, not as a tourist. But for my life. You are not going to develop the same understanding of the blues if you just study it from afar.

With the representation “Blues music” currently has, I would say it has little to no impact. The few that are saying something, they are not being heard.

You shouldn’t use time machines. I might mess something up so that I’m never born. 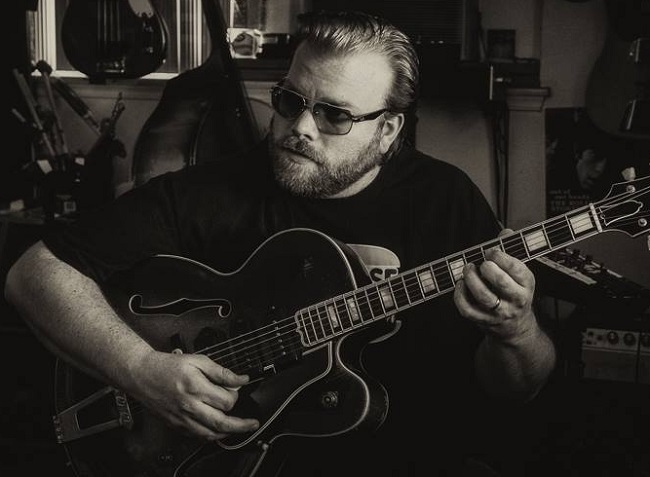