"I think music is still hopefully a space where people can see their similarities rather than their differences. It might be a cliché, but music quite often literally brings people together and gives them an experience of oneness with each other and with the universe. I strive to do that with loud guitar noises."

Guitarist, singer, and Louisiana native Eric Johanson makes music with authentic roots in the dynamic tapestry of New Orleans. Putting the vivid personality of the guitar at its center, his work is inspired by the blues, Americana, and straight-up rock n roll. He transforms improvisational riffs, harmonies and rhythms and his up-front vocal style into a sound that evokes the mysterious hidden wonders of the Louisiana bayou, the vibrant heat of the city and all the lively spaces in between. Performances showcase Eric on slide guitar and bluesy lead guitar, backed by his energetic rhythm section; together, the power trio reimagines tunes each night, creating a communal experience for audiences. Lyrics unfold as shared conversations about relationships and the challenges of the human journey that are both universal and personal to his own life experiences and embody his belief that music has the power to forge meaningful and enduring relationships between people. Eric’s spark for music was ignited by the contagious energy of emotionally driven blues and rock music with big, soulful guitar sounds that surrounded him as a young boy in the south. The moment he got his first instrument, he was fascinated by its ability to become a part of his body and mind and experimented with it as a vehicle for deep expression. By the time he was ten, he was writing his own melodies, harmonies, lyrics and transforming them into sophisticated songs, already familiarizing himself with big stages throughout Louisiana before he graduated from high school. His talent caught the attention of well-known blues artist Tab Benoit, who signed him as the first guitarist/singer to his label, Whiskey Bayou Records. Benoit produced, engineered, and played drums on Eric’s 2017 debut album, “Burn It Down,” and invited him along as the opening act on a two-year-long nation-wide tour. 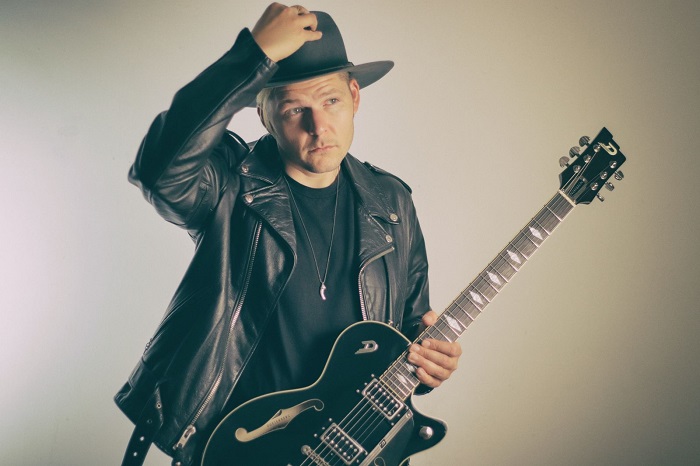 A growing force in the blues and southern rock scene, Eric has also toured worldwide as the lead guitarist for the renowned Cyril Neville, Grammy-winner Terrance Simien and has also been a featured special guest with JJ Grey and Mofro, Eric Lindell, Mike Zito, Anders Osborne, the Neville Brothers and many others. “Burn It Down” was followed in early 2019 by the duet “Blues In My Blood” with New Orleans blues and jazz vocalist Tiffany Pollack. The track stayed at the top of Roots Music Report’s Blues Rock chart for many months after its release and won an Independent Music Award for Best Blues Song as well as a Blues Blast Magazine award for Best New Artist Debut Album. Eric brings a fascination with the puzzle of existence and an appreciation of the beauty that lies within the simple details to his work as he continues to evolve as a musician and songwriter. His latest opus, “Below Sea Level” (NOLA Records / Release date: September 18, 2020) produced by Luther Dickinson (North Mississippi Allstars), pulls Eric into the high-energy darker world of delta blues.

How has the Blues and Rn'R counterculture influenced your views of the world and the journeys you’ve taken?

Being from the south, Louisiana specifically, I think the blues roots of rock music were a part of my life before I was even aware of it. Even when I was a kid and looking up to artists on MTV, my mom would take me to the local bar & grill and watch local blues guys playing live. Eventually when I started learning how to play guitar, I figured out if you could play a little blues you could sit in with real musicians and jam, rather than just playing with other kids who knew the same songs as you.

As I’ve travelled around the world more, I came to realize that the musical traditions that originated from blues in the American south were not only important to my own vocabulary, they were roots of most popular modern music all around the world. That gave me a new appreciation of where I grew up.

I tend to describe my sound blues-based alternative rock or something like that. I try to do what feels natural to me, so I’m not sticking to traditional blues patterns, but I’m also not trying to avoid elements of familiarity when they come out. I did spend a while earlier in my career making more cerebral music where I tried to subvert expectations at every turn, and that can be fun too, but now I enjoy operating from a place of feeling and intuition more. Grooves and chord progressions evolve as they’re passed on from generation to generation, and that’s part of a natural musical conversation.

I’ve always felt driven to create and I don’t really know why. I am sort of obsessed with making sounds. It’s a bit of a synesthetic thing. I want to make the sound of a vision in my head, and it’s not always a goal I could put into words. It just feels like it needs to be captured for some reason. 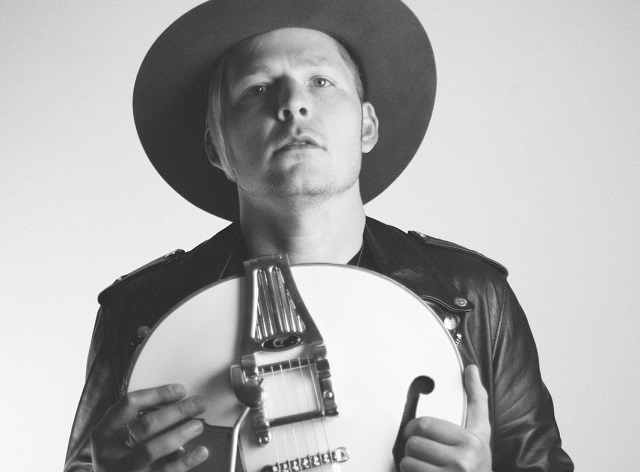 "I think when you grow up playing music in Louisiana, improvisation is a big part of it. Whether it’s blues, or funk, or rock, or zydeco - people know how to jam. They know how to come together and make something good happen even if they’ve never played together before." (Photo: Eric Johanson)

I played a festival in Florida that Dr. John was headlining, and he was having some trouble with his guitar, which he only played on a couple songs, and borrowed mine. As a result, we ended up talking afterward, just the two of us, about music and New Orleans. This was in the last few years of his touring and he wasn’t doing a whole lot of meeting people at that point, so that was pretty special to me.

Some of the best advice about performing I got from Tab Benoit, and he gave me a lot of it as I was touring with him for over 2 years opening his shows. One thing he taught me is you ought to be able to go up there with (or without) pretty much anything, and entertain the crowd. Don’t get reliant on gear of course, but don’t even get reliant on a song. You should have the mentality that if you went up there with nothing you could still find a way to connect with the audience.

The session for this new record, Below Sea Level, was at Luther & Cody Dickinson’s place called Zebra Ranch in Coldwater, MS. It’s pretty isolated out there and we were able to just shut off the world and really focus in on the vibe and groove with each other. We cut the record as a trio with Cody on drums, Terrence Grayson on bass (Victor Wainwright’s band) and myself on guitar and vocals, and Luther producing. I sent them demos of the songs and we just went in and knocked it out in 3 days, which is a testament to how badass those guys are.

So, there’s definitely increased breadth at the risk of decreased depth, at least in my experience. That’s one thing I really like about the comeback of vinyl, even if it’s a small niche market, because it gets you back to investing in a record and spending time with it.

As far as hopes and fears for the future, clearly the pandemic is a big concern for music. There are more ways than ever to get your music to people, which is awesome, but where most of the economic rubber hits the road is the live show and merch. That was the one thing left and now it’s in jeopardy. So my hope is that we can keep independent music venues from going under, keep musicians from going under, and come out of the other side of this able to see brighter days.                (Photo: Eric Johanson) 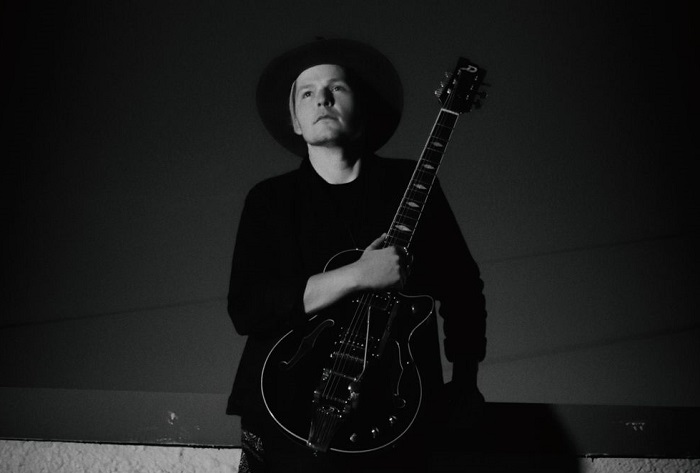 "As I’ve travelled around the world more, I came to realize that the musical traditions that originated from blues in the American south were not only important to my own vocabulary, they were roots of most popular modern music all around the world. That gave me a new appreciation of where I grew up."

No more robotic Auto-Tune vocal effects. Seriously - when that first Cher song came out - in 1998 (!) - with that effect I thought “What a horrible sounding choice to make” and now it’s been over TWENTY years of hearing that effect. Why won’t it die?

What would you say characterizes Louisiana's music scene in comparison to other US local scenes?

I think when you grow up playing music in Louisiana, improvisation is a big part of it. Whether it’s blues, or funk, or rock, or zydeco - people know how to jam. They know how to come together and make something good happen even if they’ve never played together before.

What is the impact of Rock n' Blues music on the socio-cultural implications? How do you want it to affect people?

I think music is still hopefully a space where people can see their similarities rather than their differences. It might be a cliché, but music quite often literally brings people together and gives them an experience of oneness with each other and with the universe. I strive to do that with loud guitar noises.

I guess seeing the first animals coming out of the water about 350 million years ago would be cool, as long as it was just a day trip.