Q&A with guitarist/singer Jeremy Lyons of Vapors of Morphine, Boston-based alternative band with a unique sound and unusual instrumentation

"Unfortunately, most of them are lessons learned too late. Things like having clear objectives for a musical act, organized booking and business practices... The hardest part of this job is the non-musical part -- promotion, social media, fan outreach, and so on. Even if you spend a lot of time on those things you can still get poor results if you neglect the music as a result. Mainly I wish I had listened to other people's advice more."

Jeremy Lyons: All Imagination to the Music

Vapors of Morphine is a Boston-based alternative band with a unique sound and unusual instrumentation, touring the US, South America, and Europe. They were formed by former members of the Low Rock band Morphine. Morphine veterans Dana Colley (baritone sax) and Jerome Deupree (drums) recruited New Orleans blues guitarist/singer Jeremy Lyons to pick up their late-leader Mark Sandman’s 2string slide bass in 2009. This was for a concert tribute to Mark, who invented the instrument in 1989, and died of a heartache onstage in 1999. That tribute concert turned out to be just the beginning of more than a decade of music. Alongside Morphine songs Vapors of Morphine play their own dreamy originals and interpret American and African blues traditions. In addition to the 2string bass, Lyons plays guitar, electric bouzouki and the traditional 4-string bass guitar. Dana Colley has in a sense invented an instrument of his own: he plays an electric baritone saxophone processed through guitar effects pedals into Fender Twin amp. The sound is otherworldly.                               (Vapors of Morphine / Photo Zach Lanoue) 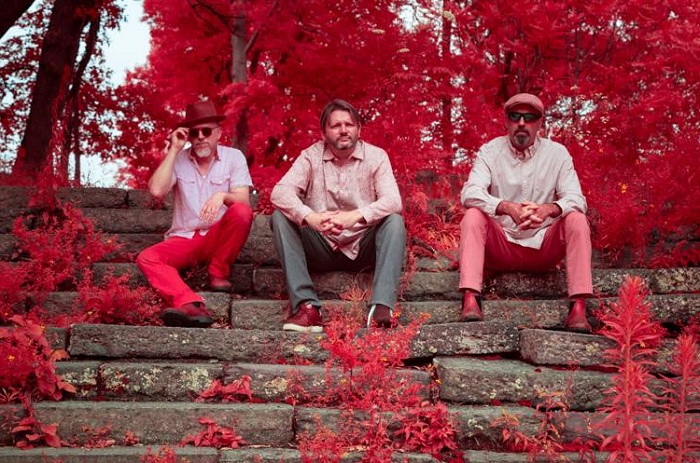 The band has released two albums, “Ever Expanding Elastic Waste Band” in 2010 and “A New Low” in 2015, with a third album “Fear and Fantasy” coming out on the UK’s Schnitzel Records in 2021. Boston area drummer Tom Arey (Peter Wolf, J. Geils Band, Ghosts of Jupiter) took the rhythm reins in 2019 following Jerome Deupree’s departure. Tom brings a fresh approach that is featured on the upcoming album, alongside Deupree’s. Their new album “Fear And Fantasy” drops September 24th.  2021. Original songs, covers by Treat Her Right, Skip James, Ali Farka Toure and more! Round Magazine called it “an album existing in its own time and place.”

What musicians would you absolutely love to work with in the future?

JL: I'd like to get back to New Orleans for an extended period of time and work with some of the traditional jazz players down there. I could see myself picking up tenor banjo someday and playing in a traditional New Orleans jazz band.

JL: Well, hopefully I manage to sing on pitch most of the time. I think my voice has taken a long time to develop, primarily because I am a profoundly lazy person. I took my first voice lesson shortly before the pandemic began; I needed some warm-up exercises. I also have learned more about the guitar and other instruments, enough to know I'm not nearly as special as I used to think.

JL: I basically only ever play music I like. That has cost me a lot of money, but oh well. 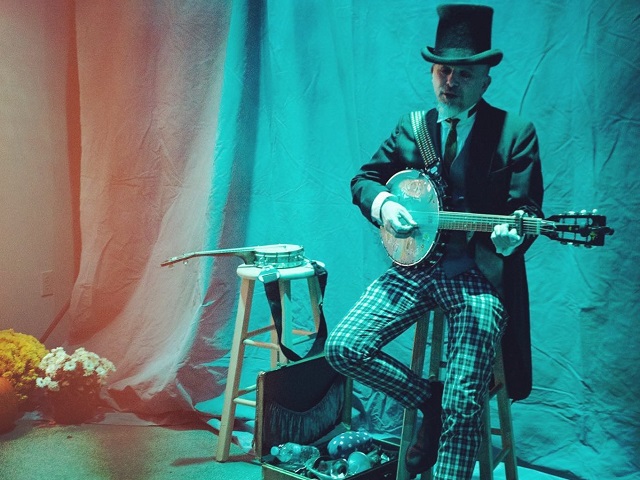 "I'd like to get back to New Orleans for an extended period of time and work with some of the traditional jazz players down there. I could see myself picking up tenor banjo someday and playing in a traditional New Orleans jazz band."  (Photo: Jeremy Lyons)

How do you describe Vapors of Morphine's music philosophy? Where does band's creative drive come from?

JL: We aspire to honor the legacy of Morphine (and Mark Sandman, RIP) in two ways: by playing their songs better than anyone else, and by continuing to explore unusual instrumentation in a rock trio format based around the baritone sax.

What do you hope people to take away from "Fear & Fantasy" album?

JL: That Vapors of Morphine are producing some interesting rock, and that we more than just the best Morphine cover band in the world. I also sincerely hope people like listening to it.

Why do you think Treat Her Right, Skip James, and Ali Farka Toure music continues to generate such a devoted following?

JL: Each presented a new twist on an established form: THR had a pared-down kind of blues band lineup in an era of overproduction, with the cocktail drum and so on; Skip James was a Delta bluesman who played around with minor keys; Ali Farka Toure created a new genre of African guitar music that seemed eerily similar to American blues.

JL: The studio sessions for Fear & Fantasy were pretty intense. For the first half (with Jerome Deupree on drums), we went away to our friend Pete Weiss' old studio in the Vermont countryside. We stayed there a few days and got a lot done. Then we went up again later to work on it some more. It was very productive but pretty stressful. We all are older guys and have our own lives and other projects, so we don't get a lot of time to work, other than on stage. So, when we do, we tend to do a lot in a short time. And we don't always all agree about arrangements, etc. This album seemed to take a lot longer than it did, partly because we switched drummers in the middle; we did a lot in short spurts, but there was a lot of time when it seemed like we did know where we were going with it. 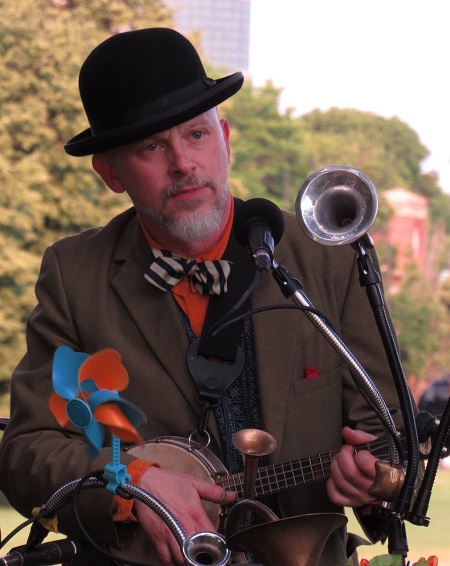 "I basically only ever play music I like. That has cost me a lot of money, but oh well." (Jeremy Lyons / Photo by Donna Poitras)

JL: Unfortunately, most of them are lessons learned too late. Things like having clear objectives for a musical act, organized booking and business practices... The hardest part of this job is the non-musical part -- promotion, social media, fan outreach, and so on. Even if you spend a lot of time on those things you can still get poor results if you neglect the music as a result. Mainly I wish I had listened to other people's advice more.

JL: I have no idea about socio-cultural implications. I just want to entertain some people enough so that they will want to pay for my music. And pay to see me play. And shower me with applause. I'm serious: I was a performer long before I was a musician, and there's something about an audience applauding for you... there's nothing else like it for a fragile ego like mine. If I can't connect with an audience, there really isn't much point for me. I don't entertain myself much sitting at home playing anymore. I've heard everything I know how to do already, and I'm not buying it anymore.

What would you say characterizes Massachusetts music scene in comparison to other local US scenes and circuits?

JL: It's not a fair question to Boston, because the only other music scene I know is in New Orleans, which is where I moved here from. I said it when I moved here (and it applies more today than it did then): there was a more vibrant music scene in New Orleans a few weeks after Hurricane Katrina than there is in Boston on any day. That's a really harsh thing to say and of course an exaggeration, but it speaks more to how incredible the New Orleans scene is than anything else. Music bubbles out of every neighborhood, with multi-generational music families that go back to before the inception of jazz, and continue to produce geniuses. There is just a huge cultural value to music in New Orleans. Kind of like sports is the center if life in Boston. Boston has a lot of good musicians, especially in rock and what they call "Americana;" and there are some decent jazz and blues players, and so on, but there are very few places left to play. The venues and the musicians are all priced out of the city. Rent is too high. Real estate rules Boston. What we have are a bunch of very small music scenes that center around a few small venues, mostly bars.

The pandemic has forced people to approach everything differently, and I see live music, at least in this area, going through a profound transformation in the next few years. The 10:30pm live bar show on a Wednesday night might NOT be the best way to bring music to a wider audience. 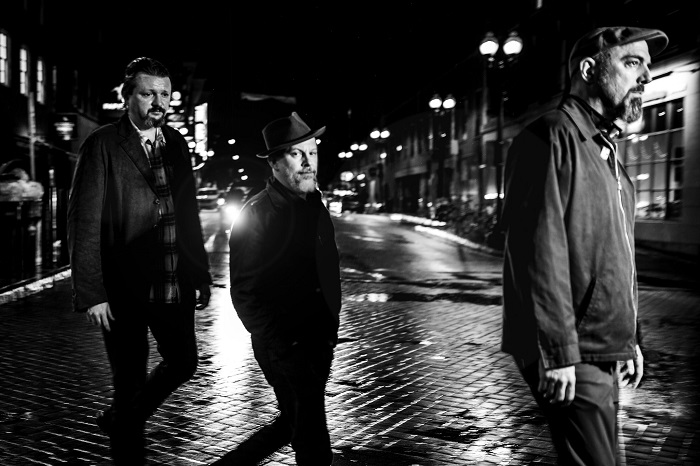