"Americans are proud of being American. Blues music originated in America. Blues music is the mother of nearly all the “popular” music we have today. So, let’s recognize this and hold the blues up to its’ rightful place as one of the greatest American creations."

Tim Gartland: Nothing But The Truth

Harmonica player/songwriter/singer Tim Gartland will be released his fifth solo album, TRUTH by Taste Good Music on March 18, 2022. TRUTH was recorded at The Rock House in Franklin, TN and produced by Grammy Award winner Kevin McKendree. The twelve songs on the album, blending blues/soul/roots rock and country, were all written or co-written by Tim Gartland, and were recorded in just two days to capture the intimate, immediate and natural sound of a group of great musicians creating music in a terrific sounding live room. The music on TRUTH is a culmination of a lifetime dedicated to the craft of writing and playing roots/blues music that began when Gartland entered his teens. Seeing Muddy Waters in concert in his home state of Ohio at age 13 proved to be a life changing experience that would inspire Gartland to learn the blues on the harmonica and begin his musical journey. Upon moving to Chicago after graduating college, Gartland immersed himself in the Chicago roots/blues scene. He studied with famed harmonica player, Jerry Portnoy and played with such greats as Bo Diddley, Carey Bell, Big Jack Johnson and Pinetop Perkins. Gartland has been deeply influenced by the “greats” –Little Walter for his harp playing, Ray Charles for his interpretation of a song, Willie Dixon for his songwriting.                                          (Photo: Tim Gartland) 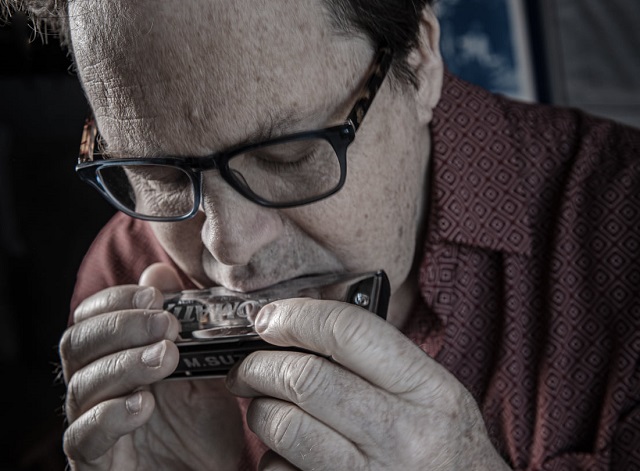 After moving to Boston in 1989, Gartland became a key player in the Boston blues circuit. He made frequent appearances at regional and national blues festivals as well as guest artist appearances with the top tier musicians in this talent rich area. Tim Gartland embarked on his solo recording career with the release of his debut album, Looking Into the Sun, in 2011. Gartland became a published author, writing an instructional book for the harmonica entitled “The Talking Harmonica” (2011). Gartland released his second album Million Stars (2014) to critical acclaim. Tim Gartland relocated to Nashville, TN in 2015.  He became an active member of the Nashville Songwriters Association and was honored to be named to their "ones to watch list". He is now actively playing, recording and writing in "Music City". His album If You Want A Good Woman (2017) reached #1 on the blues charts on Air Play Direct. Gartland released his fourth solo album, Satisfied in 2019. In 2021, Tim Gartland published a songbook entitled “50 Best Songs” with lyrics and music to his songs.

I was born and raised in Ohio. But the music I loved originated in the south and later in part moved to Chicago. I moved to Chicago after graduating from college at Kent State to Chicago to listen, learn and play, Later as I have had the opportunity, I have visited all the sacred musical places in the south. I even moved south, and live in Nashville now.

How do you describe your music philosophy and songbook? What touched you from the sound of harmonica?

I am deeply rooted in blues, but have branched out and embraced other genres such as soul, funk, rock and roll and country. The sound of the harmonica grabbed when I was around 12 years old, a neighbor was wailing away on one on his porch.

Meeting and talking with the blues greats like Robert Jr. Lockwood, Pinetop Perkins, James Cotton and Jerry Portnoy to name a few. If you listen to them, you can learn. To look within yourself play music and write about things that you are passionate about. That way you will be unique. 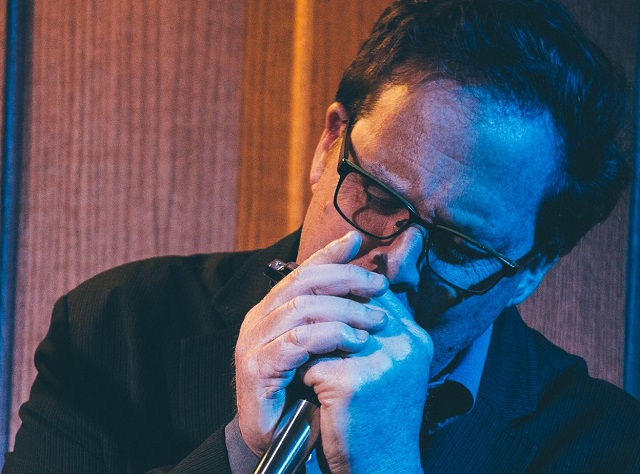 "I am deeply rooted in blues, but have branched out and embraced other genres such as soul, funk, rock and roll and country. The sound of the harmonica grabbed when I was around 12 years old, a neighbor was wailing away on one on his porch." (Photo: Tim Gartland)

As a teenager, hearing other horn players, saxophones etc and wanting to make my harmonica to sound as musical as the tone they were getting.

You know I have always loved live music in a night club setting (versus big venue shows). Many have closed, I hope there will a trend in the future where we begin seeing more of this type of club opening again.

What would you say characterizes Music City blues scene in comparison to other local US scenes and circuits?

I was say it is underrated and poised to emerge as a great place to hear blues music and artists.

That playing in a band is a team sport. You must hear and listen to what your band mates are doing and complement each other with the common goal of making good music. That includes keeping your ears open and your head up and eyes open to facilitate that connection. Don’t play for yourself!

Americans are proud of being American. Blues music originated in America. Blues music is the mother of nearly all the “popular” music we have today. So, let’s recognize this and hold the blues up to its’ rightful place as one of the greatest American creations.

I would go to 1956, Chicago a Saturday night in July where I could catch sets by Little Walter and Muddy Waters. 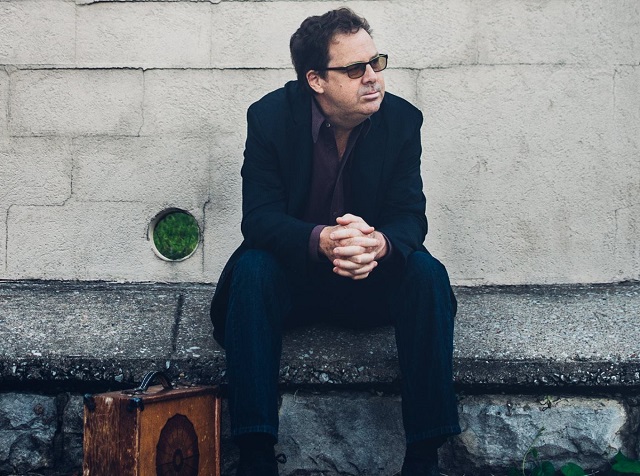