"I would stop free online music streaming. These corporations came up with a way so they don`t have to pay the artists. It is a total rip off."

Little G Weevil is a Hungary born guitarist, singer, songwriter, producer living in the United States. He is known for his authentic style heavily influenced by vintage blues, funk and soul music. Little G Weevil was born with a soul for adventure. He always had such a drive and passion to perform that after seeing him jamming on three different stages on a single night, a fellow musician dubbed him "Little G Weevil. He formed his first band in 1998 and began touring mostly in European countries before moving to the South of the United States in 2004. He spent time in Birmingham, AL and Memphis, TN doing any jobs he could to get by as he absorbed the music. He washed dishes, cleaned rooms, and did construction work as he tried to establish himself on the local scene. Finally, he got his break with a steady gig on Beale Street in Memphis and his reputation started to grow. Today Weevil is a highly esteemed member of the worldwide blues community. He won the Blues Foundation`s International Blues Challenge in 2013, and has been nominated for a Blues Music Award and a Blues Blast Music Award. 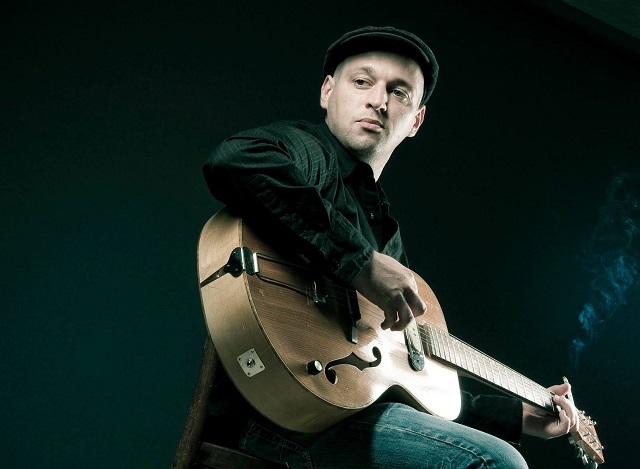 Due to family reasons Little G Weevil returned to Budapest in December 2018. He spent most of 2019 on the road touring his home country Hungary and also Spain, Belgium and the Netherlands. During the first year of the covid pandemic he wrote a novel - based on real life - titled "Játssz Tovább" (meaning Play On, the adventures of a Hungarian blues man around the world), which is now distributed nationwide in Hungary. The Play On album featuring singers from the United Kingdom and Hungary. In February 2021, Little G recorded a 100% acoustic, 100% live solo set for Hunnia Records. The 17 songs set was released digitally in April as "Live Acoustic Session". The album was nominated for Blues Blast Music Award in the "Live Blues Recording of the Year" category.

Well, I spent the first 10 years studying the music and and learning about the culture behind the music. I started gigging in 1996 but I did not write any original songs until my time in Memphis. It was in Memphis where I started developing a Little G Weevil sort of sound around 2005, mixing electric blues with acoustic, North Mississippi and Alabama blues sounds. I mean, I wrote my first songs in Memphis. I wasn't sure where I'm heading musically but performing on Beale Street several nights a week and meeting all those genius local musicians set the bar super high. I felt honored walking those streets and playing those joints. Although I relocated to Atlanta in 2009 there is not one day when I don't think of Memphis. I can honestly say that. It's some sort of love and hate relationship, I guess. As far as the music-making process... basically it remains the same since day 1. I come up with a riff or melody on the guitar and follow up with some vocal lines. Once I know what I want to sing about, the lyrics come fairly easy for me. It's like having a conversation really.

Playing acoustic blues it's just as pure and authentic as it gets. I was never really into Delta blues or Piedmont style because it had some country, folky flavours here and there and I can't stand country music. Lol. No offense. But I always loved the beat. My first instrument was drums, I was 11 when I had my first kit. Hearing John Lee Hooker, Fred McDowell, R.L. Burnside made me fall in love with acoustic blues because they had that hypnotic sound that reminds me of African music. Man, I love it so much. One chord, one groove, one message. Bang!

The Live Acoustic Session is basically the most spontaneous recording I have done in my life. There was zero preparation to be honest. In the middle of the covid19 curfew I received a call from Hunnia Records CEO Robert Hunka. He wants me to come in and do an acoustic set, 100% live, no editing. We have been under total lock down for months at that time. It was early February or something like that. I haven't had a gig in 4 months... My acoustic guitar was not even in recording shape, so I had to borrow one on the recording day. So, I went in, popped a beer. What now? Robert was like, just go ahead and play, we won't stop the tape. And please introduce the songs like you do at live gigs. I'm like, really? And I started playing and it just felt so good. I just felt so happy playing again.

Who are some of your very favorite artists or rather, what musicians have continued to inspire you and your music? What musicians would you absolutely love to work with in the future?

I listen to so much African music these days, it's crazy. Going way back. The history of black music and culture truly fascinates me, I can't seem to get enough of it. Very inspiring and eye opening. I have spent 14 years down South in the US. Somehow, I have a feeling a trip to Africa is next for me.

Are there any memories from Neville Brothers, Johnny Winter, and Sam Myers which you’d like to share with us?

I opened up for the Neville Brothers in Memphis. I think it was the Voodoo Music Festival. They used my amp. Man, that amp never sounded so good, so when they were done, I ran up there to see how they did the settings. I use the same settings ever since. I opened up for Johnny Winter in Budapest in 2008. He was in real good shape that evening and played fantastically. After the show he let me pick up his legendary 1968 Gibson Firebird guitar. I still have a photo of that. Johnny was way cool. Didn't say much but he was just cool. I had the honor to jam a good 30 minutes with Anson Funderburgh and the Rockets with Sam Myers when they toured Europe and touched on Hungary for a few gigs. It's 2003. That 30 minutes and the day we spent traveling played a big role in why I moved to the USA in 2004. I was blown away by the band and the entire feeling. To me, they were the best blues band out there those days. Every note they hit was right on the money. Absolutely amazing.

What are some of the most important lessons you've learned from your experience in the music paths?

I just do me, trying to stay true and credible as a Europe born blues musician. I have the highest respect for the original ancestors, and I do believe that's the right way to approach this music. I just want to create my own music that I hope people will love enough so at the end of the day I can buy groceries. Lol. 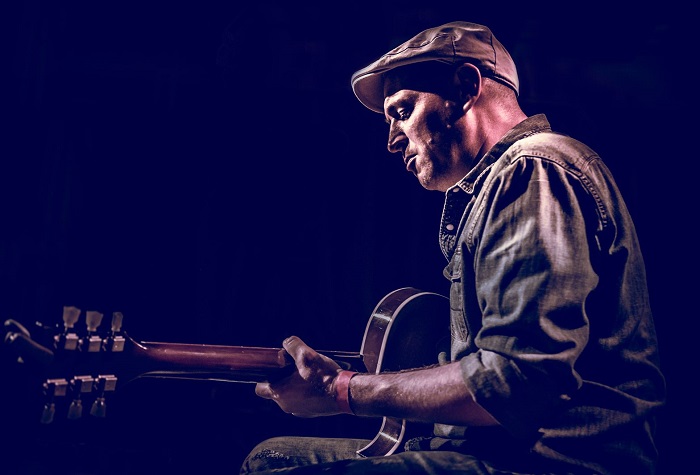