The blues and R&B tinged rock band KALO formed in 2012 after Israeli-born guitarist, singer, and songwriter, Bat-Or Kalo took a long road to Oklahoma. For Bat-Or, everything started with a Jimi Hendrix cassette tape and a gift of an electric guitar that put her on a musical course. Her artistic family encouraged her to follow an artist’s path. So she did. After completing her service in Israeli Defense Forces, Bat-Or enrolled in college to study music. She moved to the U.S. in 2004 to study guitar at Oklahoma City University. After graduation, Bat-Or returned to Israel and, in 2009, released her debut, “Flesh and Bones,” recorded at Bardo Recording Studios near Tel Aviv. With the finished copy of the album in hand, an inspired Bat-Or followed her dream and moved to New York City, where she honed her skills as a musician. She started writing ‘Goodbye,’ a song for her second album, while walking the Williamsburg Bridge, a suspension bridge spanning the East River and connecting the Lower East Side of Manhattan with Brooklyn. 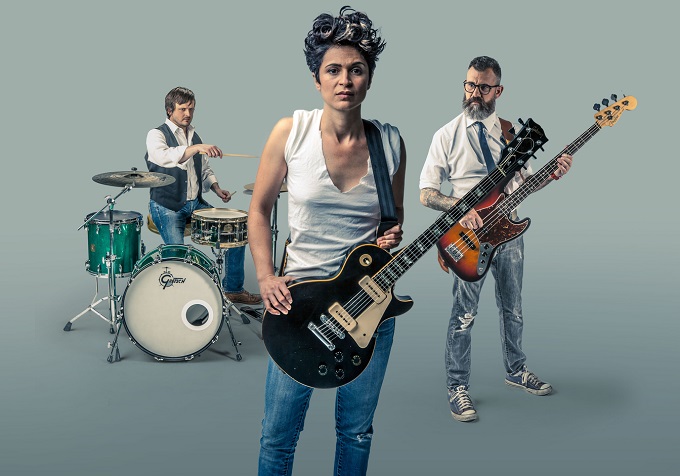 As the seeds of what would become her sophomore album began taking root, Bat-Or traveled to Mississippi in 2012 to write and create in a part of the country that had always inspired her music. There, she immersed herself if the sounds and styles of Dixie and the Delta. Synchronicity worked its magic and connected Bat-Or with bassist Mack McKinney for a southern states tour. The two had first met while Bat-Or was at Oklahoma City University as a student. Bat-Or and McKinney then began working on the album “Dear John,” which was released in 2013. KALO plays frequently throughout the Heartland and is working on a third studio album.

What do you learn about yourself from the Rock n’ Roll and Blues culture? What does the blues mean to you?

When you write a song, you’re usually writing about yourself. I’ve learned that I’m not alone in my feelings - About the need for love. About pain. About the need for freedom. The blues, like music, is a tool to express myself. And understand myself and the world around me.

How do you describe KALO sound and songbook? What characterize your music philosophy?

This is a deep and complicated answer, especially for the artist to answer herself. But the simple answer is, whatever is around that inspires me at the time is reflected in my music. Places, time, artists, life events and music that I’m attracted to show up in different places. At the time of writing Dear John, I was inspired by the place and culture and music of the Mississippi Delta. I’ve had my music and approach to it described like the Mighty Mississippi herself, carrying with her so many pieces as she flows. Those pieces are what I pick up along the way and are deposited in my music. 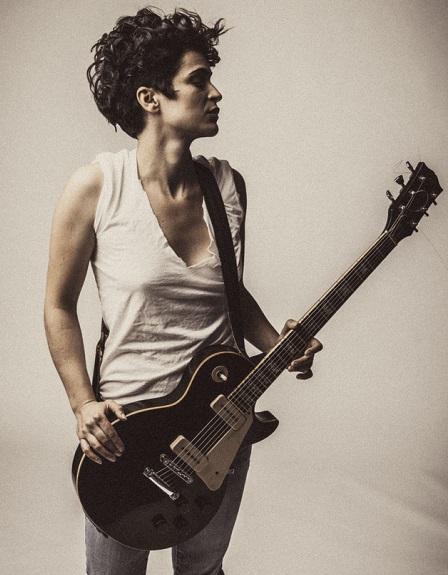 The best advice I’ve even been given is just keep creating!

"The blues, like music, is a tool to express myself. And understand myself and the world around me."

I’m happy and grateful every time I set foot on a stage with my band. Or in the studio. What a gift.

I don’t miss anything about the blues of the past. I don’t live there. I strive and love to move forward and live in the moment, in the now. I’m too young to know any better. I always hope for a brighter and bigger and more beautiful future. I’m not afraid of the future, even though I don’t know what it will bring. Time is my very good friend.

I don’t know what I’d change. I roll with what I have. I’ve mentioned to others before that I think many blues people live in the past and I wish the blues world would be more forward looking and inclusive of new “Indie” blues and “nu” blues artists. But there is a time and a place for gatekeepers. And a time and a place for the new to come into the old and vice versa. So, like I said, I roll with what I have.

Make an account of the case of the blues in Israel. What are the lines that connect the Blues from US to Israel?

There’s a blues society in Israel affiliated with the Blues Foundation, but I never had any association with them while I was there. My journey with blues music started in the U.S., but I had introductions to the blues through rock and roll music while I was in Israel. Jimi Hendrix, Led Zeppelin. The lines that connect the blues from the U.S. to Israel, in my experience, are through popular music and the greats we celebrate in the U.S., BB King, Muddy Waters, etc. 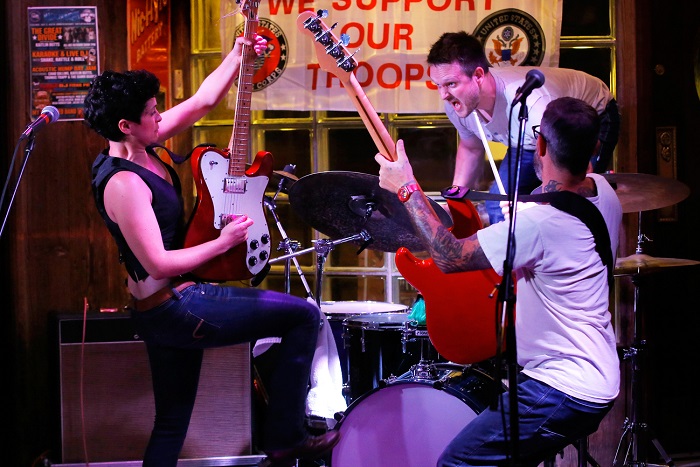 "I always hope for a brighter and bigger and more beautiful future. I’m not afraid of the future, even though I don’t know what it will bring. Time is my very good friend."

First of all, it isn’t a man’s world any longer. It becomes more and more equal in my eyes. Everywhere I go, I am surrounded by phenomenal and groundbreaking female artists all the time. It’s not rare to see a front woman take a crowd by storm. To me, souls, like music, are gender-free.

Music is a great equalizer. Art reflects the freedom of the soul. Art reflects the truth of its time, and is pure. It speaks the truth in a way all of us can understand and access. So, it has the ability to bridge social, political and socio-cultural gaps and help us all understand one another. Music is art, and artists are called to bring joy and truth to the world.

Ha! I think without question I’d take a trip to see Jimi Hendrix perform at Woodstock. What a trip!