"We might speak different languages, have different cultures or have different colors of the skin but we are all brothers and sisters and the magical power of the music can connect people regardless where they come from."

Dany Franchi: Blues Made In Italy

Dany Franchi was born in 1990 in Genoa, Italy and he is widely considered one of the best young Blues musicians on the scene today. In 2014 he recorded his album “I Believe” in Ohio along with the “International Blues Challenge” winner Sean Carney. Between 2016 and 2017 Dany promoted his music performing at prestigious Blues Festivals all over the world such as the Blues From The Top in Colorado (USA), Dallas International Guitar Festival in Texas (USA), Blues’n Jazz Rallye in Rapperswill (CH), Olsztyn Blues Festival (PL), Augustibluus Festival (ES) and many others. In February 2017 the Texas Blues Legend Anson Funderburgh and Don Ritter of Category5 Amps based in Dallas TX, decided to produced Dany’s third album “Problem Child” recording at the world famous Stuart Sullivan’s Wire Recording Studio in Austin, TX with some of the best Blues musicians in USA like Jim Pugh (R. Cray), Wes Starr (J.Vaughan, A. Funderburgh) and the legendary Texas Horns.                               Photo by Ferdinando Bassi 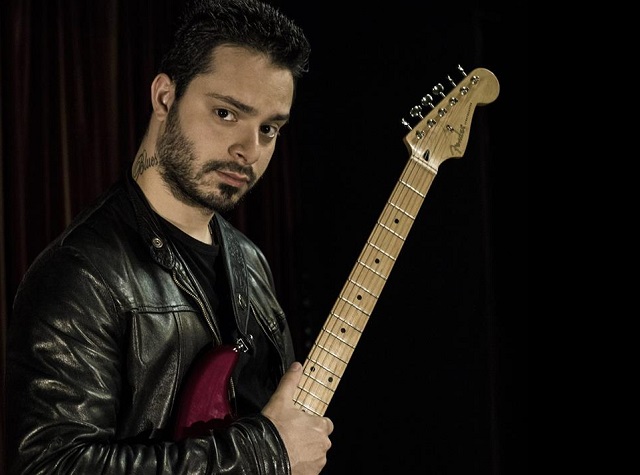 The album will be released in May 18th 2018 by Station House Records. Dany Franchi is one of the biggest and most promising Blues musicians of his generation – his Fender Stratocaster and his talent will make him stand out in the Blues scene, respecting tradition while incessantly finding his original and unique sound. Anson Funderburgh says: “Dany is one of my favorite young Blues artists. He has an exciting fresh approach to the music while keeping it honest.”

I always met really kind people all over the world in the Blues community, treat people right and help each other is definitely an important thing that I learnt. The Blues to me is one of the deepest thing I ever felt in my life, it’s not just about the genre, I love several kinds of music, to me the Blues is an attitude. You can play a guitar solo over a Country Ballad and put some Blues vibe in it.

How do you describe your songbook and sound? What characterize the music philosophy of "Problem Child" album?

I just wrote songs in my own way mixing all my influences and, in the meantime, paying tribute to some of my favorite artists. I love 60’s Soul music, Chicago and Texas Blues, Roots Rock and Folk singer songwriters. I’m working everyday to find my own sound, it’s also about working on yourself as a human being.

I had the chance to work with several artists through the years, I feel so blessed to have met people who been so kind to me. My family always supported me a lot and I am very grateful to them. The best advice I think is “Be Yourself, Always!"

I really enjoyed to share the stage with some of my idols like Kim Wilson and Anson Funderburgh, being produced by Anson it’s a real dream came true for me and he is one of the nicest guy I ever met. I also had the chance to spend a whole day at Jimmie Vaughan’s house and he was very kind to me, we played together on the sofa and talked about music and career. 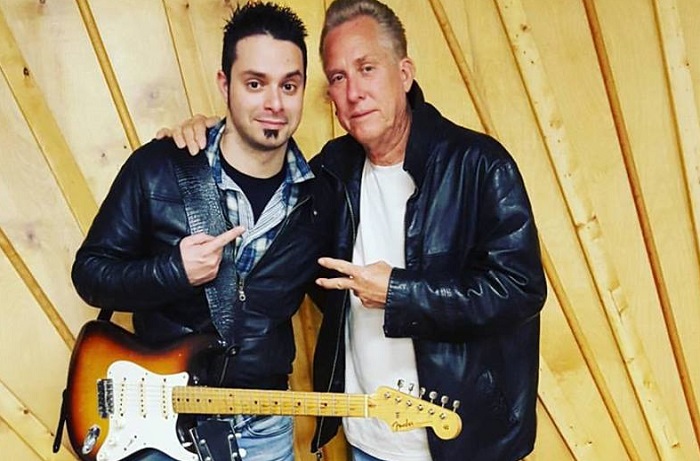 "I come from Italy, it’s a beautiful country but a very tough place for a musician, now I am considered more in USA and Europe than in my country, I’d love that the people in the business cares more of young talents and support them more." (Photo: Dany Franchi & Anson Funderburgh, Texas 2017)

I love the Blues, and music in general, that comes from the past but I think we have to move forward together with keeping the roots alive. The music that I need to hear has to be deep and soulful. There are so many great young artists in the world, I think the future of this music is in good hands.

I come from Italy, it’s a beautiful country but a very tough place for a musician, now I am considered more in USA and Europe than in my country, I’d love that the people in the business cares more of young talents and support them more.

What are the differences and similarities between: European (Italian) and American blues musician?

Blues musicians in Italy. In my opinion if you want to be a high-level artist in this kind of music you got to spend as much time as you can in the USA, it’s like a university for a European guy. That’s what it is for me. I am here to grow as an artist of American music.

I decided to be a professional musician when I was 18, I always traveled a lot and invested all my life in music. It’s not just an influence, it’s my whole life. I sacrificed several things to follow my dreams.

What is the impact of Blues music and culture to the racial, political, and socio-cultural implications?                  Dany Franchi / Photo by Ferdinando Bassi 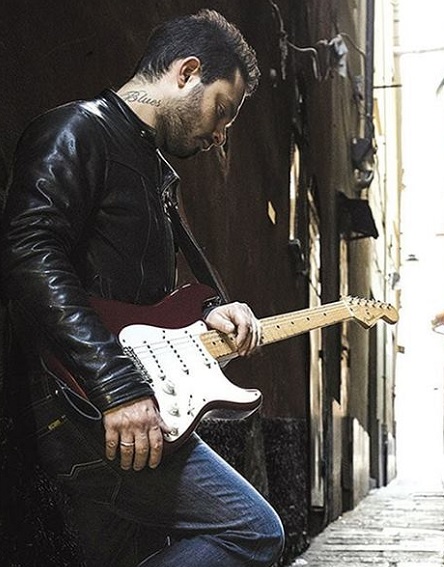 I am not sure what kind of impact this music has nowadays but I know it could be a very important point to think about. We might speak different languages, have different cultures or have different colors of the skin but we are all brothers and sisters and the magical power of the music can connect people regardless where they come from. That’s the reason why I try to write the most honest music that I can. People can feel if you are sincere.

"The Blues to me is one of the deepest thing I ever felt in my life, it’s not just about the genre, I love several kinds of music, to me the Blues is an attitude."

Maybe back to my childhood when I used to close my eyes and listen to the music with so much goodness and grace, at that time I wasn’t a musician. I was just a young child completely in love with the music. It was all about dreams and emotions, I look for that kind of feeling everyday.