"No more boundaries. Nothing like the blues, the soul and the jazz crashed the thick wall of discrimination and racial prejudice."

Italian Luca Sapio mostly known as a singer he is also a producer and an engineer. He owns a studio full of sweet vintage gear. His goal is to find the missing link between the italian sound libraries from the 70’s and the southern soul from the 60’s. Luca knows that “You can’t sing the blues unless you have lived the blues” cause he is no stranger to hard times. He spent his childhood fighting against an aggressive spinal desease that he beat. He became an architect and travelled and worked all around the world. Two parallel paths: Music and Architecture. Thanks to his talent he has collaborated with many famous artists of different genres, from jazz to rhythm and blues as the legendary Tony Scott, Eumir Deodato, David Bianco, Andrea Morricone, Don Moye, Juliette Lewis, Baba Sissoko, Martha High. His two solo awarded records were produced and arranged by Thomas Brenneck in New York, both reached the Italian, the French and German Charts. He shared the stage with artists as Paul Weller, Trombone Shorty, Sharon Jones & The Dap-Kings, Lady and appeared as “special guest star” in TV shows as the “Die Harald Schmidt”. Luca is also a radio host and has his own daily show “Latitudine Soul” broadcasted live on the italian national radio 1. Luca Sapio is a true and real lover of soul music, especially the one that is felt from the heart. Tons of classic soul records heard from his father's turntable helped him to overcome hardships such as having no visa and a safe job. Once back in Italy, in 2011 he started to collaborate with the italian super soul jazz duo Capiozzo & Mecco, backed band for the legendary jazz trumpeter Jimmy Owens and composers of “small club” for the Tv series “Sex And The City”. Veteran producer and multi-instrumentalist Tommy “TNT” Brenneck invited Luca and the guys to record in his Dunham studios based in Williamsburgh, Brooklyn, NΥ. The whole work was done in a week. Members of the soul Brooklyn family from Menhan Street Band, The Budos, The Extraordinaries, added their recognizable sound to Luca' s debut. The record's nine original tracks evoke the classic  soul blues sound from the 60's with horns, tight grooves and shaggy organ meshed with a psychedelic sound: the impact is tremendous. Two obscure covers complete the album: Marion Black's “Who Knows” and Jim Sullivan's “Rosey”. On these tracks, Luca gives his own stylized, powerhouse interpretation of what soul means to him. The record is not nostalgic, Luca brings fresh style to a timeless sound that as someone said “makes America”.

What do you learn about yourself from the Blues and Soul people and culture? What does the blues mean to you?

The most important lesson I learned is the authenticity. In the soul blues field you can't fake anything. Memphis slim said: “You can't sing the blues unless you've lived the blues”. Of course, this doesn't necessarily mean that you need to pick cotton in a field or had experienced the shame of the Jim Crow laws. It means basically be able to translate in “sonic waves” the darkness you experienced.

The blues giving to all of us a great chance: reroute the power from the bad in something that can really touch the soul and heart of the people. That's the blues for me.

What were the reasons that you started the label of Blind Faith? How do you describe label's mission and sound?

Mostly I was tired to making records for others or as somebody said “fattening frogs for snakes”. So, after been misleader for the umpteenth time by publishers and label owners I simply decided to open my own one. The goal is pursuing the highest standards of recorded music following in the path of the analog masters of the past. No virtual instruments involved just real musicians, steel, wood, tapes, tubes, heart and soul.

I had the chance to work with different masters. From each one I learned some. Definitively the one who impressed me the most was the engineer Federico Savina, who worked side by side with the italian soundtracks fab four (Morricone, Piccioni, Bacalov, Trovajoli). “Make the most from the very little” is the precious lesson I learned from him. 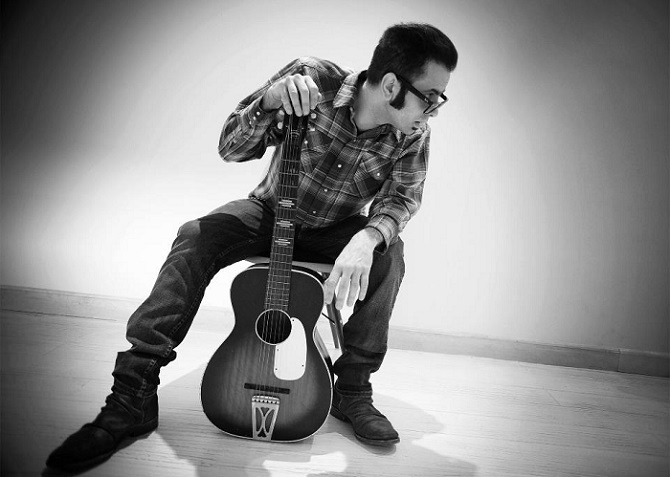 "The blues giving to all of us a great chance: reroute the power from the bad in something that can really touch the soul and heart of the people. That's the blues for me." (Photo by Stefano Caporilli)

Sure! Let's let's talk about a gig. I was touring with Paul Weller, basically I was the opening act scheduled for 9 PM in a crazy big arena. The stage was amazing, we were overwhelmed by vintage gear included a Hammond b3 with two Leslie, two original Mellotron, a wall of crazy amps and dozen of fantastic guitars unloaded by four 18 wheelers. Definitively Paul was here not to delude his fans. With our surprise when we get the stage, the arena was almost empty. I mean something like 300 persons with a “Jam” t shirt and stuff like that. In a so huge space (Talking about a capacity of 30k people) the effect was like a club with just the stuff cleaning up the place. In my mind I said “Of course...who cares about us...people will come later...just in time to see Paul”. Anyway we played our set and in the audience I spotted an old guy without a t-shirt crazy dancing so sweaty and nasty that set everyone off from him.

The situation didn't change for the whole show. Just the same 300 people with this old freak included who disappeared just before our last song. He was waiting for us on the backstage. The old freak was Paul Weller himself, cool as hell wearing a pinstriped suit and telling us that really enjoyed the show. Few minutes later, was his turn. He and his stellar band get the stage and played in front of the same poor audience. They killed like it was Woodstock '69. Another precious lesson: Always give to the audience the best you can. Leaving aside if they are 5 or 10k.

I miss the attitude. Think about people like Berry Gordy, Jim Stewart, Rick Hall, Chips Moman, Jerry Wexler, Norman Petty, Rudy Van Gelder...they had a dream and aside from how impossible it was, they dedicated their entire lives to follow that one. Building studio from the scratch without any knowledge and went into the wild to found the next big thing to produce. My hope is that the new generation will miss the message that once the music was capable to carry. Music is an incredible weapon to protest, to change things, to elevate your spirit. The ones who were in power till the 90's were scared about the power of a song. I personally experienced the fury of the earlier stage of the hip hop, when crew like the Public Enemy or the NWA were the CCN of the ghettos. They were so meaningful and powerful and blew away in a snapshot all the silly of the glittered 80's. I am pretty convinced that nowadays kids are starving for something real and deep. I am optimistic. No fear.

Definitively that December the 10th  1967. I would like to say to Otis Redding “Man don't fly home tonight. Is too cold outside and this world still needs you.” "Without Blues and Jazz, I won't be who I am. I am completely devoted to that music. Obsessed. Give me a turntable with a decent stack of old records from Impulse, Blue Note, Duke, Chess and I am the happiest guy on the planet." (Photo: Luca Sapio of Blind Faith Records, Italy)

What touched (emotionally) you from the Italian Soul Blues scene? What characterize the sound of?

Blues scene in Italy is very small. Many people flirting with the blues, but we have very few remarkable pure ones. Part of them are in the same path of British blues enthusiasm from the 70's, rediscovering the acoustic blues from people like Robert Johnson or Skip James but in a boring academic way, while others are into the bummer Texas shuffle trying to emulate something well worn. There's only a guy to me who took the blues as a mission, his name is Luca Giordano check him out, he is for real.

Without Blues and Jazz, I won't be who I am. I am completely devoted to that music. Obsessed. Give me a turntable with a decent stack of old records from Impulse, Blue Note, Duke, Chess and I am the happiest guy on the planet. Simply looking at the cover, mostly with a portrait of the artist upfront, you can spot a golden rule:  be patience and stick to your dreams. No matter how much talented you are, where are you from or how old you are...there's always room at the top. The only thing that you have to do is keep the faith, think big and work hard as you can.

What is the impact of Blues, Jazz and Soul music and culture to the racial and socio-cultural implications?

Deep. At the beginning “race music” was just an intuition of some smart white business man who during the great migration from the south to Chicago, figured how a huge number of African Americans will miss their roots. So, African Americans became potential customers and “race music” just a product targeted for them. The thing became explosive when black and white people melted as musicians in studio. Black singers and white musicians, white composers and black musicians, black composers and white arrangers. The result was amazing. No more boundaries. Nothing like the blues, the soul and the jazz crashed the thick wall of discrimination and racial prejudice.

February 4, 1973! Wattstax known also as The black Woodstock. A crazy show with a stellar lineup included Isaac Hayes at his best. 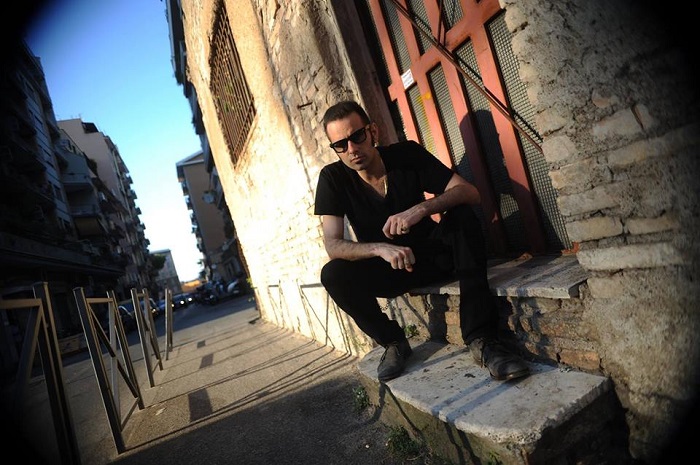