"I think music is a great way of helping people be a part of their group’s place in the world, and also understand the place of other groups as well. Creating bonds between nations is a wonderful ability of music and I wish it were more widespread."

The Beauty of Music

Jazz musicians John McLean and Charles Barkatz got together and dove into the musical world of the blues. Not your typical contemporary blues album, the result focused on wonderful new poetical lyrics, and songs that created moods ranging from raw deep blues to jazzy, almost impressionistic, grooves. John McLean and Charles Barkatz join forces to release new "Shadow Man" album December 4th on Leaky Shoes Records. Their new CD which teams them up with producer Mark “Kaz” Kazanoff and a host of Austin all-star musicians for a sound that treads nicely in blues, jazz and roots music territories with an international flair. Derek O'Brien on guitar, Chris Maresh on bass, Nick Connolly on keys, and John Chipman on drums, The Texas Horns and a couple other special guests. The album was recorded at Wire Recording in Austin with Stuart Sullivan engineering, and is being released on Leaky Shoes Records. Author and composer John McLean has developed into an eclectic, multi-talented artist who has always followed his passions in theater, cinema and music wherever they might lead: New York, Paris, and most recently Austin, Texas. As a jazzman, John has been a leader of several groups in Paris such as the Fairweather Quintet, where he performed at the Petite Journal de Montparnasse and with his duo partner Charles Barkatz at the Duc de Lombards. Now a dynamic 80 years of age, John starts a promising new career as singer and songwriter with the release of "Shadow Man".                      (Photo: John McLean & Charles Barkatz) 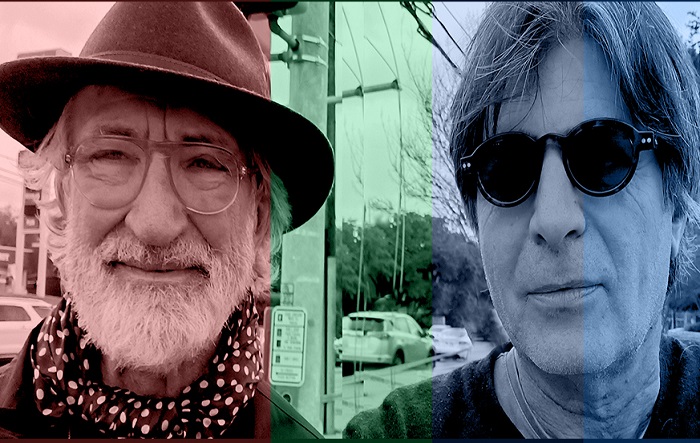 Charles Barkatz was born in Paris in 1959 and began playing the classical guitar at the age of 12 at a conservatory. Very quickly influenced by Muddy Waters, B.B. King, John Lee Hooker and especially Jimi Hendrix, he started learning to play the blues by himself. Soon afterwards, having the good fortune to see the legendary West Montgomery and Kenny Burrell playing in Paris, he concentrated on learning jazz technique and joined the CIM school, playing as solo guitarist in the student big band. Barkatz played regularly in duos, trios and in a quartet with the pianist Patt Burter, with whom he discovered the repertory of Brazilian composer Antonio Carlos Jobim. He met bassist Vincent Naturel and accompanied Cathy Renoir among many other woman vocalists. He started doing studio work with singer Ken Allen and continued his studies of jazz guitar with guitarists Jean-Philippe Bordier and Serge Merlaud and singing with Isabelle Carpentier. He records and plays regularly in the U.S at the Blue Rooster and at the Five O’clock Club in Sarasota with guitarist/singer Al Fuller and in Tampa with the singer Peter D’Straw. He is the author and composer of several titles of jazz, blues, and folk songs, is preparing an album of Latin music with the pianist Eric Viara and appears regularly in Paris. His CD, So Nice to Come Home to, in collaboration with John McLean was released in 2019.

How has the art and music influenced your views of the world and the journeys you’ve taken?

John: In all my voyages to different countries, I have found that their music, ancient or modern, has been the key to understanding and appreciating their people’s soul in a touching and true way.

Charles: My music has been influenced by my voyages in France, in Europe, and most of all in the United States where I was able to hear a great variety of musicians.

John: I love expressing the beauty in music, whatever the epoch or style or subject. My current songbook is the American Standards, and of course the songs I have created with guitarist friend Charles Barkatz. I think my creative drive was a gift I inherited from my mother Agnes. A truly beautiful woman on the outside and inside, she loved and celebrated life. Although she never played a musical instrument or sang songs, her love of life and ability to share her feelings with everyone she met was like a heartwarming song.

Charles: By listening to musicians, guitarists and all the others whose music I loved, I think I have found now found my sound through them. Now I think my sound comes from my heart to touch the hearts of others. I try to be myself while listening to the others. My songbook is varied: Jobim, the great standards of jazz, the singers, the bluesmen, I love them all. My creative passion comes from my meetings with the others, especially John Mclean who motivated me to create for him, and because of that to create for myself.                       (Charles Barkatz, John McLean & Kaz Kazanoff / Photo by David McLean) 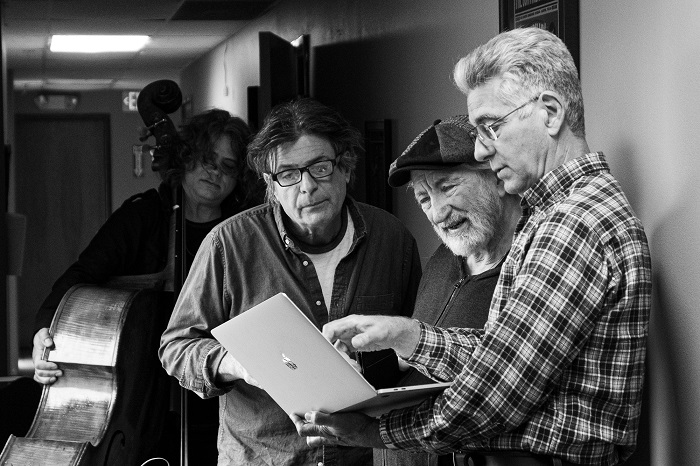 "I think that French and European music is in any case influenced by American music. There are things that are traditional, some that are more modern, but finally I think that the American scene is in constant evolution.  And that suits me very well."

John: I have been so lucky in finding at every moment of my life wonderful teachers to show me the way to being who I am and knowing how to be what I want to be. These mentors have all been important for my life in every stage and artistic work I have done. They taught, I learned. Now I also teach others as well as learning each day something new myself.

Charles: It was when I met my two grandchildren just after they were born. The children of my daughter. The most beautiful experience. The best advice I ever got was to play with others and listen to them so we could be together.

John: I’ve loved learning and playing ancient music; playing wind instruments of the Middle Ages, Renaissance and Baroque. I don’t really miss any of this because I feel it inside me as part of my musical heritage. But comparing the saxophone to a baroque flute, there is such a feeling of peace and intimacy in the latter.

If you could change one thing in the world of Art and it would become a reality, what would that be?

John: All the musicians and teachers would be rich, and the oilmen and presidents of big companies would have normal wages.

What would you say characterizes European (especial French) music scene in comparison to US scene and circuits?

Charles: I think that French and European music is in any case influenced by American music. There are things that are traditional, some that are more modern, but finally I think that the American scene is in constant evolution.  And that suits me very well. 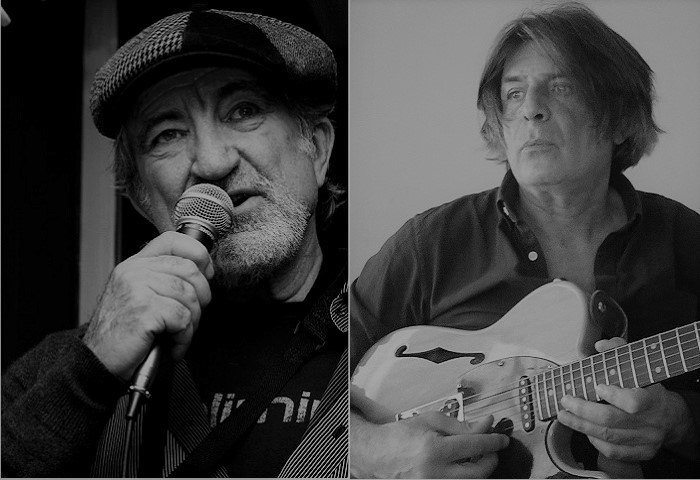 "In all my voyages to different countries, I have found that their music, ancient or modern, has been the key to understanding and appreciating their people’s soul in a touching and true way." (Photo: Jazz musicians John McLean and Charles Barkatz got together and dove into the musical world of the blues.)

What are some of the most important lessons you have learned from your experience in the art and music paths?

John: How to become united with the other artists I’m working with. How to join in and contribute my part in harmony with those of the others.

John: I think music is a great way of helping people be a part of their group’s place in the world, and also understand the place of other groups as well. Creating bonds between nations is a wonderful ability of music and I wish it were more widespread.

Charles: In the end, the music of each country is interesting in a very important way. Each one has roots in their joy and their sadness, and I think that is what touches everyone and that is how I would like to affect people in my own playing.

John: Sorry, I’m a night person. I’d like to go back to nighttime Manhattan, New York, in the thirties, forties and fifties and sit it on the jazz scene until dawn. I’d especially like to hang out with Lester Young and Billie Holliday, listen to one of their gigs, and then invite them for a late dinner to hear the stories of their lives. I’d tell them how important they both have been to the history of music, how much I’ve loved listening to them, and, of course, share a bottle of champagne with them.  Cheers.

Charles: I would like to return to a day in Clarksville, Mississippi to hear again the great bluesman Robert Bilbo Walker Jr, who unfortunately passed away a few years ago. I had the wonderful good fortune of hearing him play and he drew tears out of me.