"Music is forever. If you feel that some beloved element is underemphasized in subsequent eras, surely you can always bring it with you. A bygone musical moment was always ephemeral, and...if you can remember it, it isn't really bygone. No real hopes or fears. I hope some special person always has a song in their heart."

Hushdrops are a three-piece rock band from Chicago featuring John San Juan, Joe Camarillo, and Jim Shapiro. The band's 2004 debut album Volume One was followed in 2014 by the double album Tomorrow. The Static (2021) is the latest and potentially last final release from Chicago indie rock supergroup, Hushdrops. It’ll be released by venerable hometown label Pravda Records on 12” vinyl LP in gatefold sleeve, CD, digital download and via streaming services. Few things seem more inevitable than the convergence of these two Chicago institutions. Pravda Records has been documenting an impressive and varied roster of the city’s greatest talents for more than 3.5 decades, while veteran supergroup Hushdrops have been loudly banging out their own brand of power trio melodicism for nearly as long.                             (Photo: John San Juan) 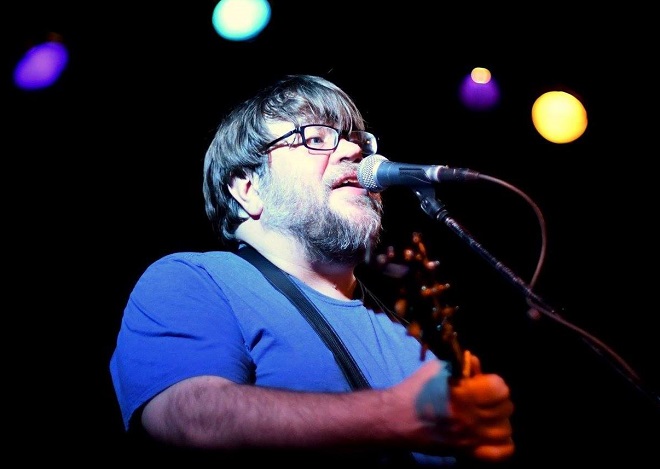 Friends and collaborators of the band have both worked and recorded for the label, and members of the group have contributed to several of the label’s releases. That Pravda should deliver Hushdrops’ third, and possibly final, full length feels like nothing so much as the closing of a circle. Work on The Static was completed just after the tragic, sudden, and untimely death of Hushdrops drummer Joe Camarillo (at 52), and now exists - in part - as a final tribute to Camarillo’s inimitable musical gifts. Bandmates John San Juan and Jim Shapiro have always regarded Camarillo as the soul of the band – not only for his unparalleled feel and creativity as a drummer, but also his ability to crucially drive the musical direction of each project, performance, and song –typically as a modest, unseen hand (“The Soft Alpha”).

I was lucky enough to be born (Dec. 1969) just after the reign of Zager and Evans. Anyhow, being a small child throughout the 1970s, music was everywhere, and it really gave me a voice and a purpose.

How do you describe Hushdrops sound and songbook? Where does band's creative drive come from?

I think there's some balance of lofty goals (an intended musical generosity and nobility) and altogether more earthbound quirks (scrappiness, looseness, a playful swing). It's pizza, ultimately. I love it loud, but... our work will always be fundamentally more melancholy than AC/DC or Motorhead. We've ultimately tried to stay in the garage, no matter how much we might have learned and developed along the way. My own creative drive springs entirely from a desire to play with these two people. It's all I've ever needed.

Music is forever. If you feel that some beloved element is underemphasized in subsequent eras, surely you can always bring it with you. A bygone musical moment was always ephemeral, and...if you can remember it, it isn't really bygone.  No real hopes or fears. I hope some special person always has a song in their heart. 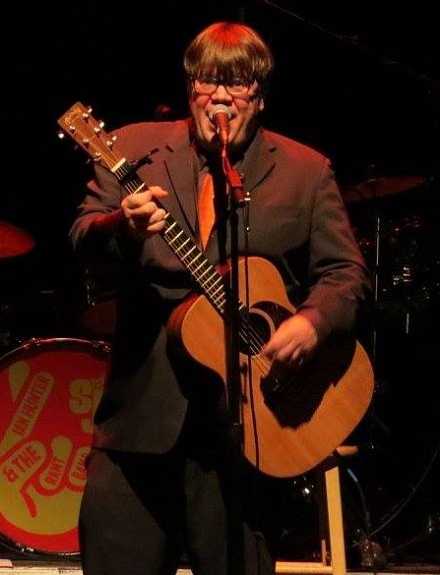 "My own creative drive springs entirely from a desire to play with these two people. It's all I've ever needed." (Photo: John San Juan)

For better or worse, I'm a serial non-learner. A recidivist, even. That said - "Find your people" is a pretty crucial musical bullet point.

If people are to be affected, my wildest dreams have been fulfilled. I'm always moved by things that speak to me - that could be escapism, or it could be something far more profound. If we can push that same feeling forward to any extent, my cup runneth over.

I am headed straight to the year 2525 to do some crucial fact checking.