Q & A with Kenny Lavitz, an artist and rhythmic explorer who blurs the lines between jazz/rock & blues

"I believe the Blues evolves with us!"

Kenny Lavitz: Flip side of the Blues

Kenny is a gifted artist and rhythmic explorer who blurs the lines between jazz, rock and blues. Along with his compelling original songwriting and sublime vocals, he produces a distinctive sound entirely his own. Kenny has been playing and teaching guitar in the Portland area for almost 20 years. 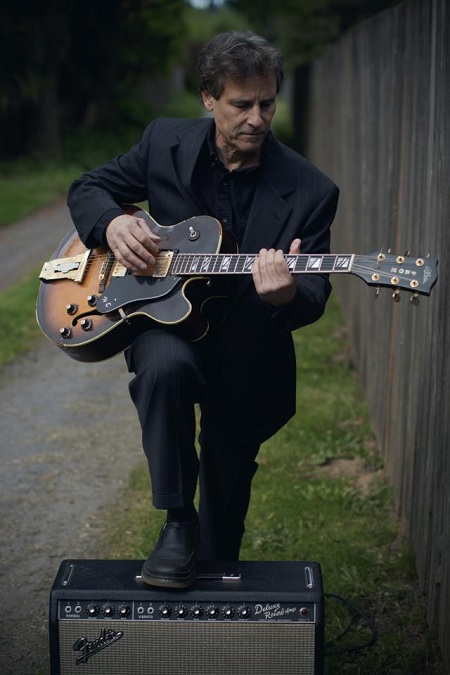 Kenny Lavitz grew up in the musical melting pot of New Jersey and New York, and it was there that he learned the rudiments of music. In his early 20's, wanting to further his musical knowledge, Kenny moved to Miami where he became involved in intense and advanced musical studies and where the fertile mix of Latin rhythms, Jazz, and Blues guided him further along his musical journey. After his studies in Miami, Kenny attended G.I.T. in Los Angeles where he worked with and learned from some of the greatest musicians and teachers in the world. Upon completing his studies, Kenny spent several years touring with a variety of bands as both a lead guitarist and a vocalist. With that apprenticeship completed, Kenny formed his own band, toured successfully for five years before he decided to settle in Portland, Oregon. Kenny is an accomplished, in-demand guitar instructor and performs solo, duo, and with a full band. He is also a featured local artist on KINK radio and currently plays clubs, private parties, festivals and special events throughout the Northwest. Kenny is very excited about his original Blues Jam / Funk Jazz project called the Kenny Lavitz Kombo , featuring Rudy Battjes on Drums, Jon Hughes on Bass and Tim Bly on Sax. His latest release was "FlipSide" with 23 original songs.

My Father was a horn player and my earliest memories are musical. My Mother says that when I was in the womb I used to kick her in time to the music!

What do you learn about yourself from the blues, what does “Blues” means to you?

I’ve learned so much! It’s a way of life. It’s a discipline and also being able to «cut loose»

How do you describe Kenny Lavitz’s sound and what characterize your music philosophy?

I believe in playing what comes from inside of me no matter what the genre. 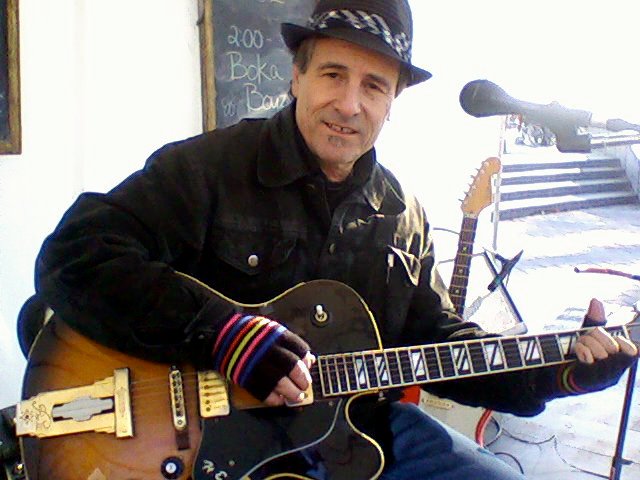 From whom have you have learned the secrets about the blues and what is the best advice ever gave you?

I learn every day from other players, from recordings, even from my students!

I think the trick is to try and channel all your experiences into every song or solo.

To soon to say!

I guess now, just because I seem to be more motivated but the music everyday.

Are there any memories from the road touring with your band, which you’d like to share with us?

All the musical memories have just become a part of me. The funny stuff come from miscommunications. Like when in Montana I asked a barwoman keep for quarters a payphone and she gave me two cans of beer. I said “What?” and she answered “you asked for Coors” 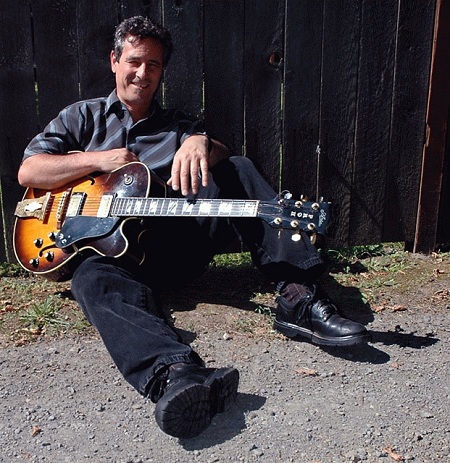 Pure emotion. It comes from within.

Why did you think that the Blues continues to generate such a devoted following in new generation?

Yes I believe the Blues evolves with us!

What's the legacy of Blues in world culture and civilization? Give one wish for the BLUES

I know my wish is already true, that the blues will continue to evolve and help people be in touch with their own emotions. BLUES make me happy everyday!

To be able to keep playing music from within and able to share it.

From New York/ New Jersey to Oregon from the musical point of you what are the deference between the local scenes? – I’ve been based in Oregon now for a long time, so I’m a little prejudiced, but I have played all over the world and Portland OR has a vibrant musical scene going on!