"Music brings people together, politics gets people away…this is a universal language. It’s not exclusive to the Rock or the Blues, music comin’ from the heart helps people."

Demian Band is the most powerful live show you can ever see on stage presents new album Goin’ Ahead! Along of his large career Barcelona, Spain-based Demian Dominguez has been on tour around South America, Europe, US and he has shared stage with artists like Jimmie Vaughan, Roy Rogers, Los Lobos, Eric Sardinas, Paul Shortino, Javier Vargas, Raimundo Amador amongst many others. In 2009 Matamp Amps (UK), launches the “Matamp Demian” model. His debut Devil By My Side features the Chicago Bluesman Bernard Allison and the second one Tattoo’d Fish both reaching the top of the American Blues Charts, getting an amazing feedback. 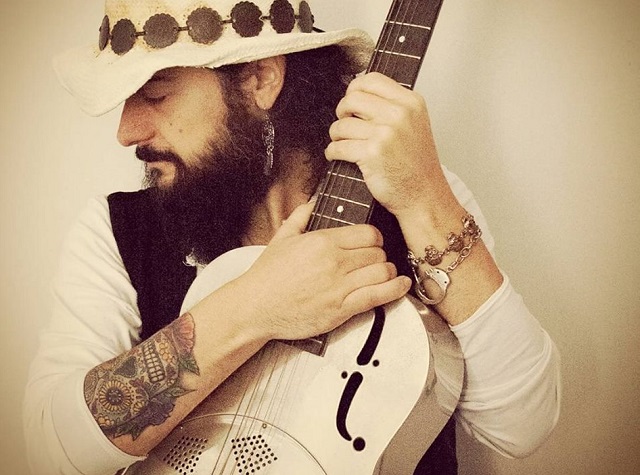 Argentinian Demian Dominguez is the most promising Blues/Rock artist ever to emerge from the Latin American, and Spanish cultures. In 2013 the album LIVE sees the light and his first movie DEMIAN BAND THE MOVIE. The cd and dvd show enterely the tour the band has done over 6 months in Europe (Italy, Germany, Spain) and the US (Arkansas, Memphis, Mississippi, Illinois, Kansas, Missouri, Alabama and Florida). In 2013/2014 this album has been rollin’ on along Europe and the U.S.A. During 2015 his latest album Goin’ Ahead has been introduced to the audiences all along Europe and USA.

I listen to the Blues & Rock n’ Roll from the early age of 10 and I’ve been playin’ live since I was 12. I’m 37 now, my entire education has its roots on the music, its important enough to teach you how to understand people and struggles in life, how to overcome yourself and makes you understand what goin’ on its only in your hand. I try to learn more and more about the fathers of the Blues, you must know where it comes from to be able to play it and get it very well.

How do you describe Demian Dominguez sound and songbook? What characterize your music philosophy?

I don’t know if I’d be the right person to describe my own sound…Music represents me and I always try to make it the best I can with all my respect. My musical philosophy, from long time ago, has been bein’ honest, playin’ the music I love, with the people I choose straight from my heart and for the people. Music is just a 50% the other half is the audience. 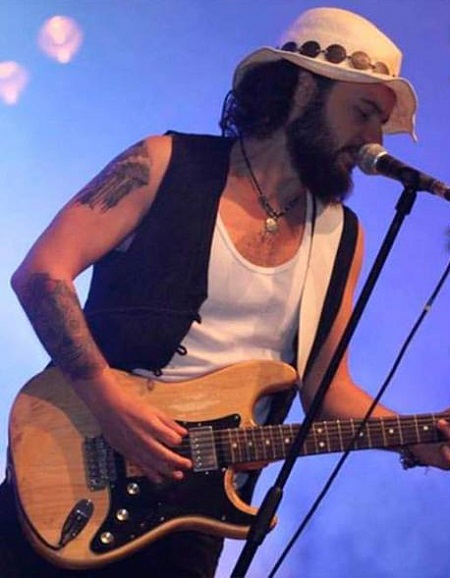 I’ve been lucky enough to have the chance to play with some of my musical heroes like Jimmie Vaughan, Bernard Allison, Eric Sardinas amongst many others or having the chance to be on stage with Johnny Winter’s band…For me, its not what they said to me what really made an impression on me but the simple fact of being by their side and to learn as much as possible from them.

"American Blues can’t be mentioned without including Africa in it."

I’ve been on tour around Europe and the USA along the last 10 years. Doin’ all these things with no need of supporting from record labels or TV or radio promotion is very fulfilling to me. Being able to ride on the United States along 12,000 kms. 28 shows in 30 days, or recording with Bernard Allison were all incredible experiences…But what I’m really focused on now is the future and I’m about to start an European tour through Spain, Germany, Belgium, Switzerland, Holland, Czech Rep., Slovakia, Slovenia, Italy & Poland…I’m sure all of them will leave amazing experiences on me.

Nothing can be ever changed…you have to play the game with the cards you got in every moment.

What are the lines that connect the legacy of Blues from United States to Europe and Latin America? 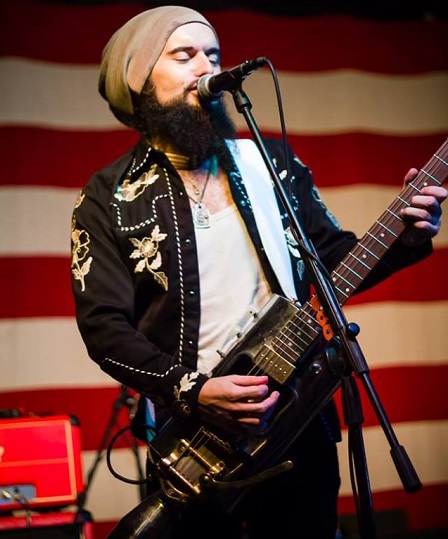 American Blues can’t be mentioned without including Africa in it. Blues tells about feelings, sorrow, experiences, dreams and these are common paths all over the world. Music connects people no matter where you were born. All of us aren’t so different like it seems to be, we all are alive and we’re going through.

"My musical philosophy, from long time ago, has been bein’ honest, playin’ the music I love, with the people I choose straight from my heart and for the people."

What were the reasons that a Latin American musician started the Blues/Rock researches and slide experiments?

I’ve been listening to the Blues since I was 10 and I started playin’ at 12…I don’t really have memories from earlier times. It’s an organic thing to me, being born in one specific country don’t necessarily links me to its culture, food or flag. I love the Blues and all the music made from the heart and to the people.

What touched (emotionally) you from the sound of slide guitar? What are the secrets of resophonic guitar?

I found out the way slide guitar sounds by listening to Robert Johnson and I knew I wanted to play that thing by listening to Johnny Winter. This is an unique and outstanding sound no matter if being made on an acoustic, electric or resonator guitar or even on a cigar box, whatever… its deeply expressive and sensitive .

Music brings people together, politics gets people away…this is a universal language. It’s not exclusive to the Rock or the Blues, music comin’ from the heart helps people.