"I miss the honesty, I think. Technology has rather dominated the scene these days. It's easy to manipulate sound and illusion that doesn't exist."

Andrew Latimer: The Mirage of Music

Andrew Latimer is a founding member of the progressive rock band Camel and the only member who has been with them since their formation in 1971. Best known as a guitarist and singer, Latimer is a flautist and keyboardist as well. Along with partner Susan Hoover, Latimer relocated to America where they established a music production company named Camel Productions to release Camel's studio albums: Dust and Dreams (1991), Harbour of Tears (1996), Rajaz (1999) and A Nod and a Wink (2002) as well as a host of "Official Bootlegs" on CD. The band went on the road in 1992, 1997, 2000, 2001, and 2003. They released their first full concert DVD in 1997 titled Coming of Age which began a series of subsequent DVD releases. In mid-2006, Latimer and Hoover returned to the UK and established Camel Productions UK Ltd. 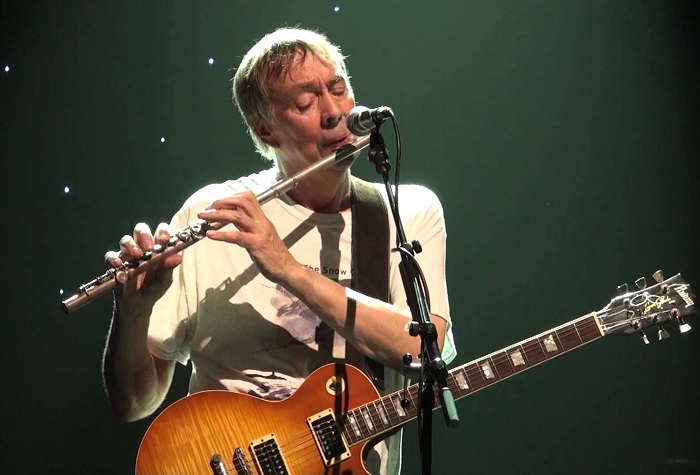 Camel formed in Guildford, Surrey, in 1971. Led by guitarist Andrew Latimer, they have released fourteen studio albums and fourteen singles, plus numerous live albums and DVDs. Without achieving mass popularity, the band gained a cult following in the 1970s with albums such as Mirage (1974) and The Snow Goose (1975). They moved into a jazzier, more commercial direction in the early 1980s, but then went on an extended hiatus. Since 1991 the band has been independent, releasing albums on their own label.

How has the Rock Counterculture influenced your views of the world? Where does your creative drive come from?

That's a complex question. I don't think it influenced me personally. Traveling did and we went to places far and wide. I learned a great deal about other cultures in general. Creative drive comes from a place deep inside. I can't explain it, but I'm driven by that force as I think most serious artists are.

What characterize your music philosophy? What's the balance in music between technique skills and soul/emotions?

This is also something that comes from within. For me personally, if I'm not emotionally involved with the material I'm writing, I don't consider it worthy of my goals.

Why do you think that Camel music and music legacy continues to generate such a devoted following?

That's a question for the fans. But I do think it's about how the emotional value of the music touches something inside the listener.

The highlights have been in the challenges I've faced and overcome. I'm especially proud of leaving a major label and starting on my own. It was a hard slog at the start, like going back to the beginning to start again but the acceptance by the Camel fan base pulled us through and we went from strength to strength. 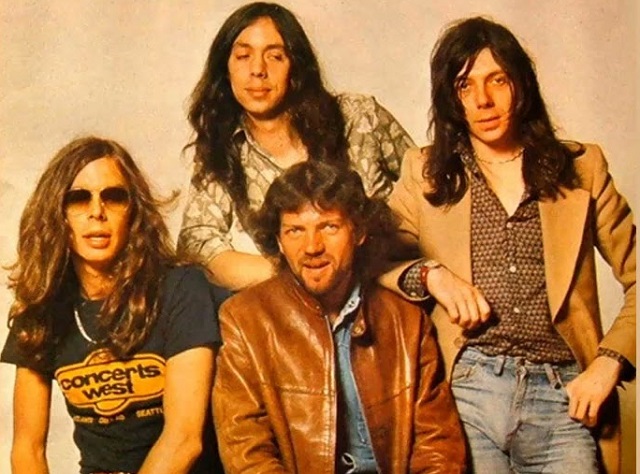 "I see music as a vehicle of expression from the heart or soul. How a listener receives it is up to their heart or soul. I would have to say I would want my music to make people feel good." (Photo: Camel, July 1975 - Andy Ward, Peter Bardens, Andy Ward & Andrew Latimer / Photo © by Michael Putland)

I miss the honesty, I think. Technology has rather dominated the scene these days. It's easy to manipulate sound and illusion that doesn't exist.

Are there any memories from the Royal Albert Hall show (17 October 1975), which you’d like to share with us?

Yes, it was an occasion. We thought that the fans deserved at least one show with an orchestra. So, doing Royal Albert Hall with an orchestra was quite an event . Everybody enjoyed it, but there were some technical problems. We didn’t have to sort of P.A’s that we have nowadays. So, the sound probably could be better, but everybody enjoyed it. It was something we all always wanted to do. We all wanted to do one show with an orchestra. Of course, it cost so much money to do. Even though we sold out Royal Albert Hall we lost money because it cost so much money to do the orchestra.

In mid ‘80s you moved to California. Did you feel that you had no future in England?

Yes, absolutely. I mean, I already got to see two or three record companies if I could get a record deal for Camel and one of them, which was run by my old manager Max Hole who is now head of Universal Music told me then that I was too old, he wasn’t interested in my music and basically, I should give up. I got bored waiting for a record deal, I was still interested in playing my own music, and as the time went on, I developed a plan with Susan to start our own company. And the only way to really afford to do that was to sell our house and move to America. I moved to America because in America Camel was very well-received, people were very enthusiastic, had a lot of energy. It was a totally different scene than the English one. That time when I was in England nobody really interested in what I am doing. So, that’s why I moved to America. It was a big gamble to sell my house and invest the money we got to the company. Then, we started to make “Dust and Dreams”. We had no idea whether or not it would sell. But luckily, older fans came back and they loved it, and that’s how the company started. 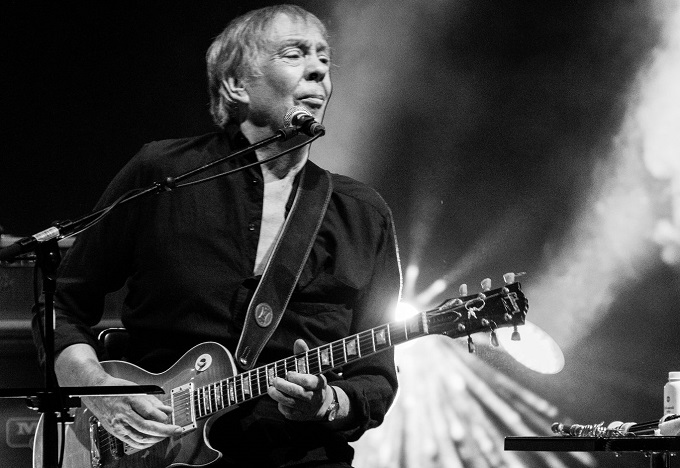 "The highlights have been in the challenges I've faced and overcome. I'm especially proud of leaving a major label and starting on my own. It was a hard slog at the start, like going back to the beginning to start again but the acceptance by the Camel fan base pulled us through and we went from strength to strength." (Andrew Latimer, 2015 / Photo © by Marc Auger)

I see music as a vehicle of expression from the heart or soul. How a listener receives it is up to their heart or soul. I would have to say I would want my music to make people feel good.

Never believe your own publicity. Always read a contact before you sign it, preferably with a solicitor's advice. Actually, I've learned hundreds of lessons and I still can make a mistake.

Many people believe that Camel belongs to the Canterbury music scene. Can you make this clear one more time?

I think what happened is: When Peter Bardens left the band, we got Dave Sinclair and Jan Schelhaas from Caravan. From that point, this thing started to confuse people. “Camel? Has something to do with the Canterbury scene?” Don’t forget that we also used Richard Sinclair, he was also with Caravan. I think that happened; people started to think that we are all from Canterbury. We are from Guildford basically, which is different area from Canterbury. And of course, we were doing the same sort of progressive material if you want to call it that, as Caravan is and not too much as Soft Machine. We supported Soft Machine quite a few times, so we were quite influenced by them, and Caravan really too. So, I can see why people get confused and think that we are a Canterbury band. We are not. I think they get confused because we used a lot of players from Caravan. 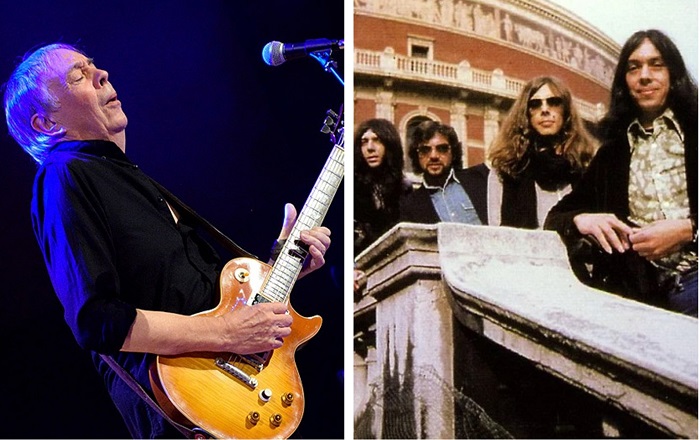