Q&A with legendary Dutch guitarist Jan Akkerman (Focus), did almost anything a musician could possibly do

"Blues has always been the most important ingredient for me, specially the passion and the drive to create something out of nothing. It’s this thing which you can’t calculate but when it falls into place and works for everyone then these are the moments ...freedom."

Jan Akkerman: The Wizard of Guitar

Dutch guitar player Jan Akkerman (1946) did almost anything a musician could possibly do. During half a century, he worked with many different musicians like BB King, Charlie Byrd, Cozy Powell, Claus Ogerman and Ice-T, besides being a member of international leading bands such as Brainbox and Focus. Also, he made more than a dozen solo records that shows his versatile playing without any boundaries or limitations. Whether it’s ‘Tabernakel’ (1973), the famous guitar-in-bed album ‘Jan Akkerman’ (1977) or his most recent studio outings ‘CU’ (2003) and ‘Minor Details’ (2011), he explores and combines elements of rock, jazz, blues, classical and dance. Throughout his career, Akkerman appeared on worldwide stages. Besides gigs at the Montreux Jazz Festival, the North Sea Jazz Festival and countless tours around theatres and various stages, the guitarist also performed far beyond Europe in countries like Japan, Russia, Syria, North & South America and Indonesia. Meanwhile, international fans come from all over the world to see Jan perform on stage in The Netherlands.      Photo by Sander Drooglever 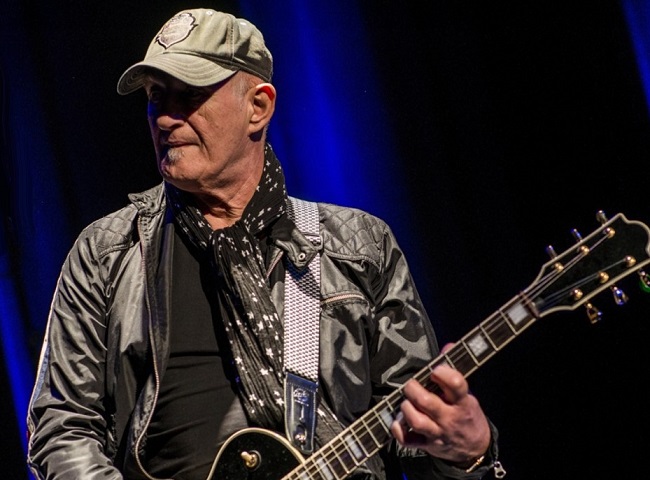 In his own country, Akkerman receives a Golden Harp in 2005 for his complete oeuvre and again gains recognition and sympathy for his distinctive role in guitar music by many people. Since early 2012, Jan lets old Brainbox times revive with the start of My Brainbox, featuring exVandenberg singer Bert Heerink. This project was in celebration of his 50 years activity on worldwide stages. At the end of 2012, Jan is knighted in the Order of Oranje Nassau in recognition of his influential contribution to Dutch music. Jan also maintains designing his own guitar. In 2013, he draws out the new J.A. Personal II for Dutch company Brandin Guitars. The instrument is largely based on the Gibson Les Paul Personal that Jan played numerous times in the seventies. The guitar is manufactured in two versions: the J.A. Personal II Signature Black and the J.A. Personal II Signature Violin Sunburst. His latest cd/dvd-set ‘North Sea Jazz Legendary Concerts’ (2013) showcases the various sides of the guitarist with his band, compiled from three performances recorded at the famous North Sea Jazz Festival between 1993 and 2011. In 2015, Jan Akkerman embarks on a new Dutch theatre tour: ‘Back to Vinyl’. For the first time, he performs the famous ‘guitar in bed’-album in its entirety, including classic tracks as ‘Streetwalker’, ‘Skydancer’ and ‘Crackers’. The seven songs from the album are supplemented by some new compositions and older favourites. Seeing Jan Akkerman live in concert is a refreshing and never-to-be-repeated fascinating experience.

Blues has always been the most important ingredient for me, specially the passion and the drive to create something out of nothing. It’s this thing which you can’t calculate but when it falls into place and works for everyone then these are the moments ...freedom.

How do you describe Jan Akkerman sound and songbook? What characterize your music philosophy?

Well...A philosopher who once said that: "It doesn’t matter how eclectic or less eclectic the arts are, be it music, painting or writing, there’s always a side where they touch". I mean if you don’t like this or that work of a certain artist and is nonsense because the person who makes it obviously likes it himself and you can’t take that away. Sometimes things can appear so ugly that it can turn into pure beauty. Look at some stuff Warhol made or Pollock or Karel Appel the Dutch avantgarde painter. Sometimes it doesn’t matter what comes out of your head or hands but were you stand for... that counts. 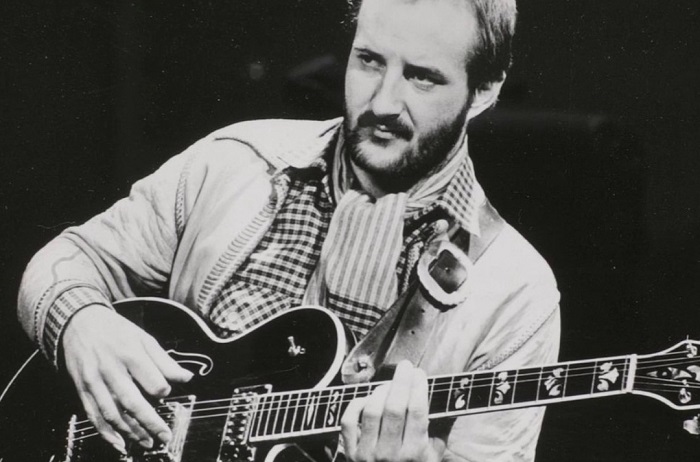 "My tribute to all the mentioned above is that I made blues out of neoclassical music and try to create a little freedom within that realm of music." (Photo: Jan Akkerman on stage)

The most important experiences-best advice?... mmm. I loved my first guitar when the tender age of 9 or 10 I forgot, because I used to play the accordion before that time, playing opera melodies and French chansons and local folklore etc., until I heard Django at the gypsy camp near Amsterdam where I had accordion lessons as well from Taplo [Rosenberg]. My old man was in the 2nd hand car trade in the old Jewish quarter in Amsterdam and got into contact with Gipsies who also where into that trade and a bit more. I can remember driving to a very chique Grand Cafe near the city of The Hague where all the riff raff lived and still do ...royalty etc. And they put me on a chair right in front of a Gypsy orchestra named Tata Mirando & his royal orchestra. Meanwhile in the back of that establishment my old man was dealing cars, guns and other goodies and God knows what else...10 years after my old man died my aunt showed me a picture where he played the guitar in a small combo, which was legal, I presume.

I remember my first gig when the tender age of 9 playing accordion for a local church and was so nervous that I couldn’t chew gum and fart at the same time but I grew over that. Later in the 70’s I played Central park 2 nights with Focus in the 70’s and during a guitar solo, all the lights went out and I looked up because I thought  something was wrong but the sound was still there so I just played on ,when suddenly in  the surrounding buildings a few lights came on and it spelled "FOCUS"!  I felt proud of myself!

The industrial age didn’t interest me that much, maybe old motorbikes & cars, I made my statement, what’s left is a rechewing of the past. The invasion in the 70’s, save a few, managed to take the beauty out American blues & R&B and made it ugly and my fear is that that it rubbed off on the rest of the world in music and not only that of course... but businesswise, some are geniuses but alas, that’s not enough for me. 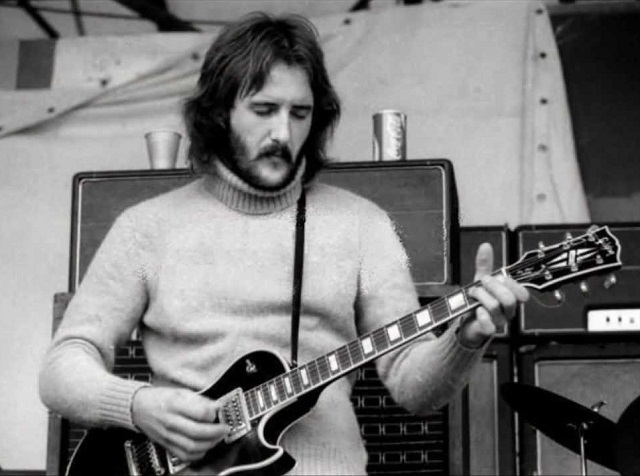 "Environment determents everything beyond any doubt and I like that ...unity in diversity!" (Photo: Jan Akkerman and his custom Gibson Les Paul)

What are the lines that connect the legacy of Jan Akkerman from Progressive Rock, rock, Blues, and Jazz Fusion?

My tribute to all the mentioned above is that I made blues out of neoclassical music and try to create a little freedom within that realm of music. Breaking down the boundaries, which was an ideal I have and still have. I hope that Its becoming viral and see the day that its becoming reality as an answer to the previous question.

What were the reasons that the 60s to be the center of music experiments? What touched (emotionally) you from the Vinyl sound and era?

What is the impact of Rock, Blues and Jazz to the racial, political and socio-cultural implications?

Environment determents everything beyond any doubt and I like that ...unity in diversity!

Hang out with Sofia Loren in Naples the 70’s.