"I want my music to affect people emotionally in a deep way, and to make them think as well. I also like to make people appreciate the full potential of the diatonic harmonica, and hopefully play well enough to be asked to come back."

Howard Levy: Notes From The Heart

Multiple Grammy- Award Winner Howard Levy is an acknowledged master of the diatonic harmonica, a superb pianist, innovative composer, recording artist, bandleader, teacher, producer, and Chicago area resident. His musical travels have taken him all over the geographical world and the musical map. Equally at home in Jazz, Classical music, Rock, Folk, Latin, and World Music, he brings a fresh lyrical approach to whatever he plays. This has made him a favorite with audiences worldwide, and a recording artist sought after by the likes of Kenny Loggins, Dolly Parton, Paquito D’Rivera, Styx, Donald Fagen, and Paul Simon. As a sideman, Howard has appeared on hundreds of CDs and played on many movie soundtracks. He is perhaps best known for the four CD’s he recorded with Bela Fleck & The Flecktones, a unique band that set the musical world on its ear back in the early 1990’s. He got back together with the band in 2010 and recorded the CD Rocket Science. 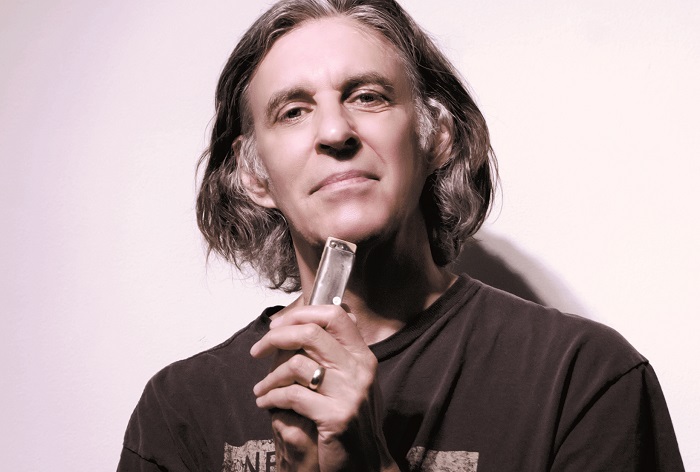 They toured extensively in 2011-2012, and Howard won a Grammy for Best Instrumental Composition for “Life in Eleven”, which he wrote with Bela Fleck. Howard’s other prominent collaborations include three CDs with Trio Globo (Glen Velez and Eugene Friesen), two with Lebanese Oud player/composer Rabih Abou Khalil, and one with the avant- garde Jazz Riessler/Levy/Matinier Trio. Howard is music director and chief composer for the Latin/Jazz group Chévere de Chicago. He produced and released the band’s CD Secret Dream, and Time Capsules with his acoustic swing group Acoustic Express, on his own label, Balkan Samba Records. His solo Jazz CD, Alone and Together on Balkan Samba, and his Jazz trio CD Tonight and Tomorrow on the Chicago Sessions label, both received 4-star reviews in DownBeat. In 2011 Howard also released a classical CD featuring his “Concerto for Diatonic Harmonica and Orchestra,” the first concerto ever composed for the diatonic harmonica. He has performed the piece more than 20 times in the US and Europe. He also has an online harmonica school. In 2018 released 3 new albums: “Art + Adrenaline”; “From the Vaults, Vol. 1: Harmonica Jazz"; and “From the Vaults, Vol. 2: The NBV Quintet (1980-1983)”.

How has the Jazz, World, and Folk music influenced your views of the world and the journeys you’ve taken?

This is a complicated question. I love all good music. I identify most strongly as a Jazz musician, but I started improvising at age 8, before I knew what Jazz was. I studied classical piano, later started playing Rock, Blues, and finally Jazz when I was 17. John Coltrane was my biggest influence and favorite musician, almost like a religion for me. His sound is something that I carry inside me. I got into folk music around the same time as Rock and Blues, and continued to play it, eventually playing with some of America's greatest folk musicians-Steve Goodman, John Prine, Bob Gibson, Tom Paxton, and many more.

Their songwriting and the way they related to audiences is a very important part of my performance style. World music- playing music from many different cultures with musicians from all over the world has been an incredibly enriching experience musically, culturally- in every way. I have learned so much, and it is an especially great joy to play harmonica in music where they have never had harmonica before. I have had many life- changing experiences playing with people like Rabih Abou Khalil, Tito Puente, a recent recording with Peruvian women singer/songwriters, Indian percussionists, and many more.

How do you describe your sound? What touched (emotionally) you from the sound of Harmonica?

I love the bluesy sound of the diatonic harmonica. It is a sound straight from the heart. When I figured out how to play it chromatically, I tried to combine this emotional feeling with my musical knowledge from playing jazz and classical piano. 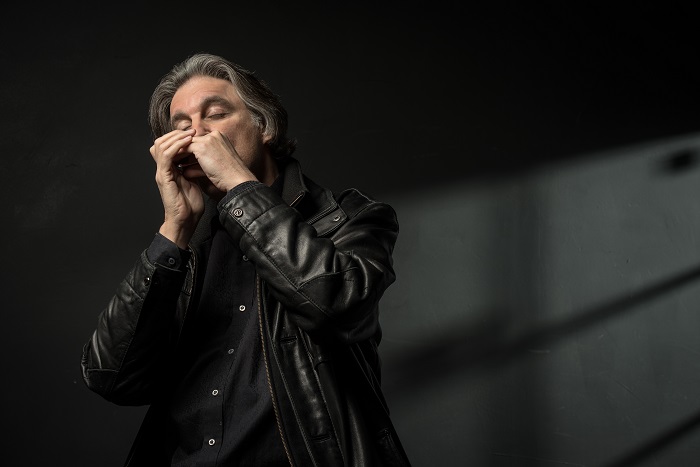 "No pitch corrected vocals… But in truth, I also think that one reason why so many singers can't sing in tune anymore is the extremely loud volume of so many bands. In general, the standards for pop singing is much lower than in the past, though there are many notable exceptions."

Playing with The Flecktones, Paquito D'Rivera, a lot of great Chicago players, great Latin percussionists like Jerry Gonzales and Giovanni Hidalgo, my partners in Trio Globo- Glen Velez and Eugene Friesen- performing my Harmonica Concerto with orchestras, hundreds of recording sessions that forced me to play in ways that I would never have done (especially on harmonica) and much more. I've had so many great musical experiences that I have learned so much from- I am very lucky.

Advice- it's funny. An older Chicago bass player, Eddie De Haas, once leaned over and told me during a Jazz gig where I was playing piano "Hey Howard, don't forget to breathe!". It was very funny and had a lot of truth in it, that you should breathe naturally when playing any instrument. It's all about phrasing and mental relaxation that allows you to truly express ideas in a coherent way.

What were the reasons that you started the Balkan Samba Records?  What is the story behind label's of name and philosophy?

I started my label to avoid dealing with record labels. I was tired of being put on hold, being told that they weren't interested because they couldn't make enough money with my music- whatever the reasons. Usually the reasons had nothing to do with the quality of the music. Since I play so many different kinds of music, after a while I realized that if I wanted to get it out into the world it was best to do it myself and not have to deal with record labels. Of course, I've recorded some very good things for labels, especially "Tonight and Tomorrow" for Chicago Sessions, but my Balkan Samba releases contain almost the full spectrum of my musical interests. And I have at least 3 more CDs planned, putting out "Duets with Friends" this year, recordings of things from 1990 and 2006 with 5 of my favorite musical duet partners.

The name- it's funny. It's the name of my BMI publishing company that I got sometime in the 1980's, and was my last choice on a list of 5 names. I never expected to get that name, but all the cool ones that I wanted were already used by other people, so they gave it to me. I love Brazilian and Balkan music, which is how I came up with the title, as a kind of joke. When I started my record label, the same thing happened- all the cool names were taken, so I thought "Why not use a name I KNOW that nobody else has?". So that's how Balkan Samba Records became the name. 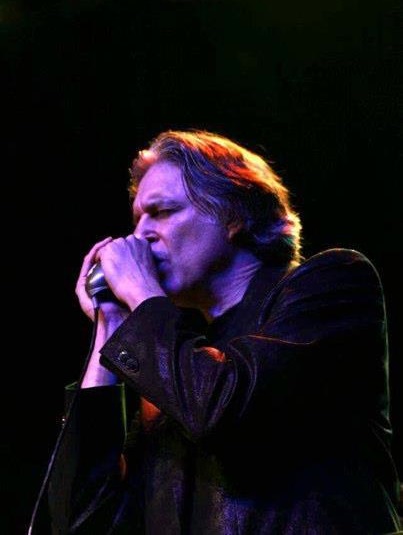 I can't say that I miss anything, except that it's hard for me to play Jazz locally in Chicago, because most of the gigs do not pay well, and I can't start being a "local musician" now after all the time and energy that I've put into gaining an international reputation. This is a common problem for musicians. Also, the commercial recording scene in Chicago is dead. I miss going into the studio a few times a week like I used to do in the 80's, 90's, and early 00's. Now the only recording in Chicago is self- contained bands. Occasionally someone will ask me to record with them, but most of my recording is done at my house with Protools- I'll overdub harmonica on tracks for people from all over the world, but I really miss the interaction with musicians in the studio. I wish I had more of that.

No pitch corrected vocals… But in truth, I also think that one reason why so many singers can't sing in tune anymore is the extremely loud volume of so many bands. In general, the standards for pop singing is much lower than in the past, though there are many notable exceptions. There are also a lot of AMAZING young musicians who are playing extremely advanced music, as opposed to a lot of the mind- numbingly stupid pop music that people listen to. It's a time of extremes in art, politics- everything.

I would say that playing music has taught me a lot of personal lessons in how to be considerate, how to work with others in a truly constructive way, when to take charge, when to step back and let others take charge, how to be a businessman- really tricky when you are "selling yourself" at the same time as you are doing something you truly love. The business side is the trickiest part of being a musician.

What is the impact of music to the socio-cultural implications? How do you want your music to affect people?

I want my music to affect people emotionally in a deep way, and to make them think as well. I also like to make people appreciate the full potential of the diatonic harmonica, and hopefully play well enough to be asked to come back. Sometimes, I like to entertain as well- I can be very funny live, or totally serious. But no matter what kind of music I am playing, I always try to play intelligently and from my heart.

I'd like to got back in time to early New Orleans and play harmonica with Jelly Roll Morton. I think he is one of the great geniuses of music, like Brahms, Mozart, Chopin... 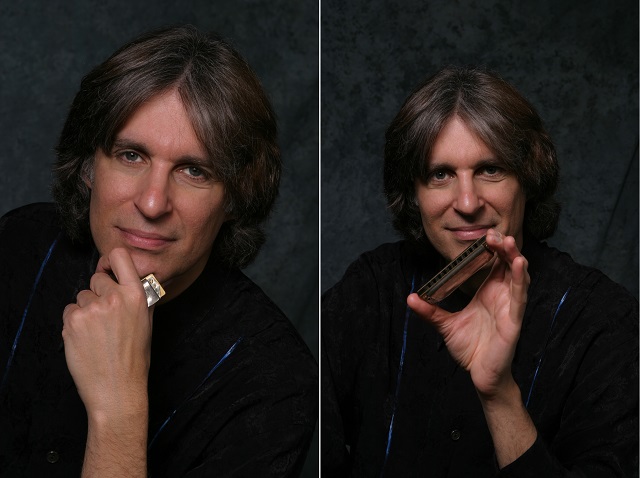