Q&A with Mike Stern - one of the great jazz guitarists of his generation, comfortably occupies both rock and jazz worlds

"To me, Jazz is music, and music is a language of the heart. And I think that helps people in so many ways."

One of the great jazz guitarists of his generation, Mike Stern has the unique ability to play with the finesse and lyricism of Jim Hall, the driving swing of Wes Montgomery and the turbulent, overdriven attack of Jimi Hendrix. Growing up in the Washington, D.C. area, Stern revered all three of those guitar immortals, along with such potent blues guitarists as Albert and B.B. King. Aspects of those seminal influences can be heard in his playing on the 18 recordings he has released as a leader or in his acclaimed sideman work for Miles Davis, Billy Cobham, the Brecker Brothers, Jaco Pastorius, Steps Ahead, David Sanborn, Blood, Sweat & Tears, Joe Henderson and the all-star Four Generations of Miles band. Stern’s latest Concord Jazz release, Eleven (2019), is an encounter with Grammy-winning keyboardist-composer-producer Jeff Lorber. Co-produced by bassist Jimmy Haslip, who had previously worked with the guitarist on the Yellowjacket’s 2008 album, Lifecycle, this lively collaboration finds Stern at the peak of his powers, following on the heels of 2017’s acclaimed Trip, his triumphant return to recording after a freak accident that threatened to end his career.                                                          Mike Stern / Photo by Sandrine Lee 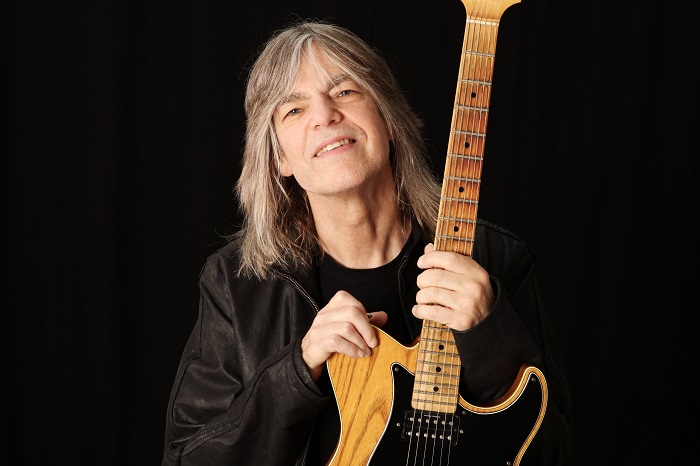 One of the top guitarists in jazz since his breakthrough days with Miles Davis' celebrated comeback band of the early 1980s, Stern has earned the respect of colleagues and critics alike while also exerting a towering influence on a generation of aspiring players. A guitarist of formidable technique, he continues to awe and inspire six-string aficionados with his seamless blend of bebop facility, scorching rock intensity and uncommon lyricism. As Jon Chappell of Guitar magazine noted, “Stern is not only a magician of the fretboard but a heartfelt and mature composer of great depth.” By combining the legato approach of jazz saxophone greats like John Coltrane, Sonny Rollins and Joe Henderson with a few touches from the rock camp (i.e., distortion and delay pedals along with some urgent string bending, courtesy of his boyhood blues heroes B.B. King and Buddy Guy), Stern has successfully fashioned a singular voice that comfortably occupies both rock and jazz worlds.

Jazz music and music in general has been so important in my life and I’ve been so grateful to play with such amazing and inspirational musicians. And been fortunate enough to go on the road and play music for people in many different countries which is really always an awesome experience. And I’m also so grateful to be married to a wonderful musician, Leni Stern, who has inspired me through the years.

I like to try to get a vocal kind of sound on the guitar and I like to play or try to play saxophone lines or trumpet lines and get that kind of Sound, with lots of air. A lot of songs that I write are inspired by other musicians that I play with or other music that I hear and sometimes I write something that might be inspired by just a feeling that I might have.

Of course, I’ll been so fortunate to play with so many amazing musicians both very famous and also musicians that are not so well known but our incredible. Of course, Miles Davis was a big influence and always will be. And both the Brecker brothers Mike and Randy have always and will always be so influential for me. And many others of course. Jaco Pastorius, he’s meant more to me than words can say. And David Sanborn who I played with for a year and a half, and the four generations of miles which had different people in the band At different times, But in that band the musicians I got to play with were Ron Carter George Coleman Jimmy Cobb Buster Williams Sonny fortune.

And Billy Cobham also and Blood Sweat & Tears. But many others that aren’t so well-known like the amazing Jerry Bergonzi, George Garzone. The list is too much to mention but I’ve had many opportunities to play with great musicians and I still have opportunities to do that. 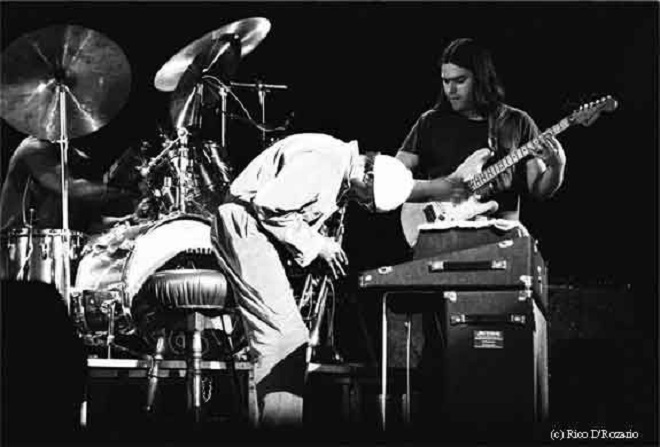 "Jazz music and music in general has been so important in my life and I’ve been so grateful to play with such amazing and inspirational musicians. And been fortunate enough to go on the road and play music for people in many different countries which is really always an awesome experience. And I’m also so grateful to be married to a wonderful musician, Leni Stern, who has inspired me through the years." (Photo: Mike Stern & Miles Davis / Photo by Rico D'Rozario)

Sorry too many to mention but all the memories or at least 99% of them are good memories and inspiring and sometimes very funny. And I hope to have a lot more in the years to come.

I think jazz usually doesn’t get old, so I don’t miss music from the old days because Sometimes I still play music from the old days and it sounds new to me. And I think it will always be that way especially with this kind of music. My hope right now is what all musicians are feeling. We hope this virus goes away as soon as possible so we can play again in front of people. Because a big part of music is communicating with other people and I love the experience of playing live gigs in front of other people. And usually jazz audiences are listening audiences, so live gigs can really be wonderful experiences.

To me, Jazz is music, and music is a language of the heart. And I think that helps people in so many ways. 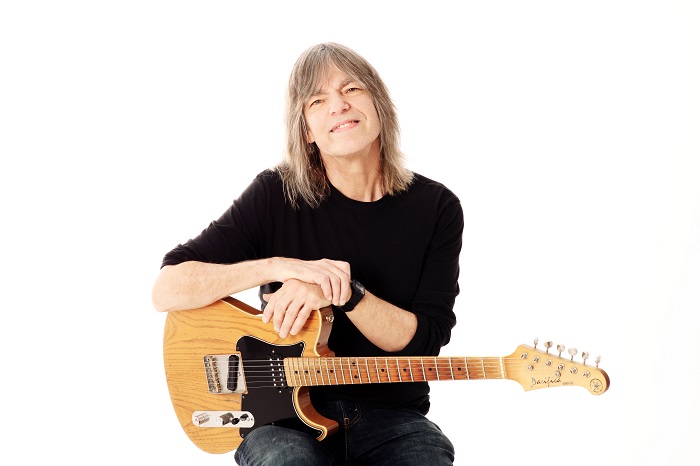