"Roots based music is a favorite genre of mine because the songwriting speaks to me. It has those wonderful elements of truth, vulnerability, and hope that I inject in my songs."

Alec Fraser, Jr: On The Wings of the Wind

Multi-award-winning producer/musician Alec Fraser, Jr. has, at long last, released his first solo recording, On The Wings of the Wind is set for digital-only release on March 15th. As a bassist he has toured internationally and worked with many world-class artists like Jeff Healey and Bo Diddley, As a producer and bassist, his work has garnered 23 awards to date including three Juno awarded records, two WC Handy awards, and multiple Maple Blues awards for bass playing and production. Though primarily known as a blues musician, Fraser’s new release showcases his stunning lyrics and vocal ability, in addition to his accomplished bass playing. Fans of folk, singer/songwriter, and roots music will enjoy On The Wings of the Wind, a record with depth and brave musical directions. 14 years ago Alec started developing the Circus Bass, an upright bass with seven drum sounds attached, played with his hands and a brush. 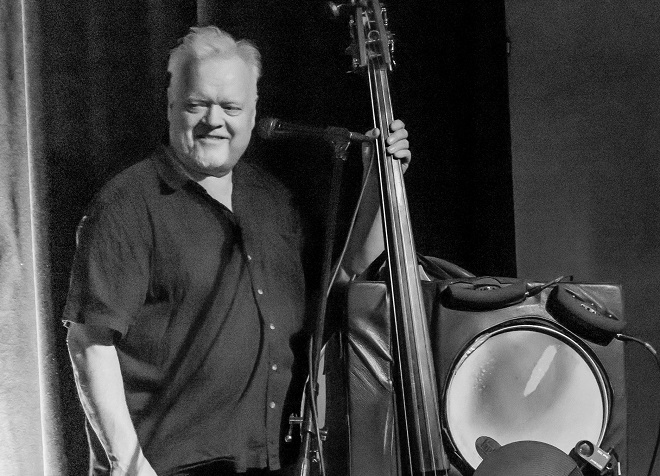 Tracks 5, 6, and 11 are demonstrations of this invention. “This first solo release is a result of the global pandemic and having the time to write my own songs with the influences I’ve had from both sides of the Atlantic Ocean”, says Alec. “It’s also exciting for me to have musicians I’ve recorded play on my record”.

Roots based music is a favorite genre of mine because the songwriting speaks to me. It has those wonderful elements of truth, vulnerability, and hope that I inject in my songs.

How do you describe your sound, music philosophy and songbook? How started the thought of Circus Bass?

It’s a musical soup from both sides of the Atlantic. The Circus Bass has developed over 15 years or so starting from something close to what Ernie Newton did with brush bass. He had a skin carpet tacked to his upright back in the 50s and played it with his index finger and a brush. My technique and drum attachment has morphed into 7 drums on the bass and the use of my hands and a brush using the middle finger. It is also programable to incorporate timpani, toms, timbales etc. that I record in my studio. I would hope that Ernie would approve of my extension to his original idea.

My father being a bit of an inventor told me to never release anything until you have something better in reserve. That way when someone steals your idea you can say “well look at this”.

What are some of the most important lessons you have learned from your experience in the music paths? How do you want your music to affect people?

Make music for yourself first. Then concentrate on those who like it. You can’t please everyone. 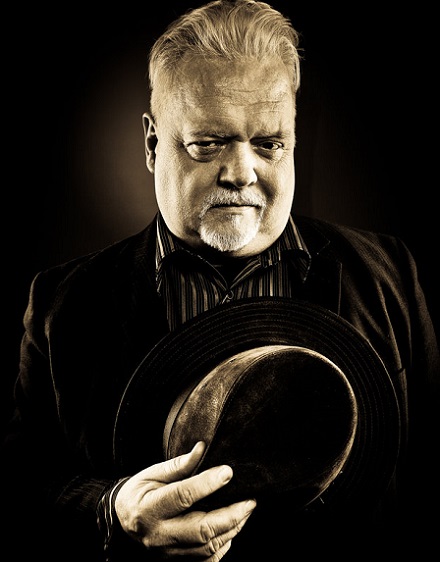 Memories-Jeff Healey- getting me to sing country songs on his show to a blues crowd. It taught me to mean every word that I sing in the face of diversity. Willie “big eyes” Smith-while in Greece, I got to ask him about Chess sessions. It turned out that I was doing things very similar through trial and error. Bo Diddley- he could do the moonwalk in his sixties and rap lyrics improve style like any of the modern-day masters. Gene Taylor was on piano with us and we still talked of his vocal prowess years later.

I don’t dwell on the past too much though I miss the “live” pirate radio of Radio Scotland in a boat outside the then 300-mile limit. I heard all my music on there and Radio Luxembourg. Also, the records and reel to reel tapes of radio shows my merchant navy uncles would bring back from America. It was an exciting time that I’d hope younger generations will learn from. More “live” on air shows (and club dates) are what I’d prefer to hear.

How do you have grown as a session musician since you started and what has remained the same in your solo album?

When recording I always concentrate on a speaker or radio and imagine the sound, I want to hear coming from it as I play. It’s a bit of a trance but it has worked for me for over fifty years. No going back now.