"I have always loved Plato's warning that 'Musical innovation is full of danger to the State, for when modes of music change, so do the laws of the State' -- or something like that. Music can have a powerful influence on people and can help make or break a culture. Sometimes in big sweeping ways."

John Fusco: Travelling With The Blues

While best known as the creator of the 1986 blues movie classic ‘Crossroads’, John Fusco has returned to his musical stomping grounds with his second album John the Revelator (2020); Fusco’s band, the X-Road Riders are a veritable cast of modern blues stars: Cody Dickinson (the North Mississippi Allstars), who produced Fusco’s first, appears behind the board again and also contributes drums, guitars, dobro, piano, and electric washboard. Memphis soul singer Risse Norman, who has toured and recorded with the North Mississippi Allstars and Samantha Fish, also returns. They are joined by new Fusco collaborator Sarah Morrow, former trombonist for Ray Charles and bandleader for Dr. John, and renowned jazz guitarist/co-producer George Walker Petit. The 20-song, mostly self-penned double album is what Blues Blast Magazine calls authentic, emotionally powerful modern blues-infused roots music, with splashes of rock, soul, pop, and gospel.’ Binding it all together is Fusco’s voice. Not just his distinctive Hammond B3 and piano or his gritty, weathered vocals, but his way with words and especially deep drawn, cinematic characters — the too familiar huckster in “Snake Oil Man,” the doomed lovers of “Hottest Part of the Flame” with Morrow’s trombone evoking the femme fatale, and the down-and-out drifters of “Motel Laws of Arizona.”             (Photo: John Fusco) 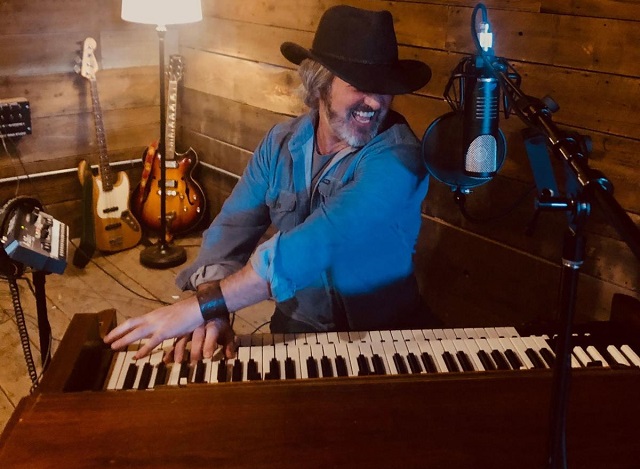 Fusco has also brought back his ‘Northern Chapter’ of the Riders, enlisting Kurt Pierson (guitar), Denny Diego (bass), Magic Mark Lavoie (harmonica), and Spencer Perry (drums) on the 10 minute minor blues barn-burner ‘Bad Dog.’ John Fusco is the writer-producer of 12 motion pictures, including "Crossroads", "Young Guns", "Thunderheart," "Hidalgo", "The Forbidden Kingdom," the sequel to "Crouching Tiger, Hidden Dragon," and the Academy Award-nominated "Spirit: Stallion of the Cimarron." His film productions include "The Shack" starring Octavia Spencer, Sam Worthington, and Tim McGraw (March 2017) and the Universal Pictures action-adventure "Spirit Animals." He is the creator and executive producer of the popular series "Marco Polo" on Netflix. He is also the author of the novels "Paradise Salvage", "Dog Beach", and the award-winning childrens book "Little Monk and the Mantis."

How has the Blues and Roots music (and culture of) influenced your views of the world and the journeys you’ve taken?

Blues and Roots music has had a profound influence on my life and career as a storyteller. The calling to the blues led to me leaving home at a very young age and traveling through the American South, hungry for the history and the truth of it all. That experience shaped who I am today and now, all these years later, I have returned to writing and recording music.

How do you describe your music philosophy and songbook? What do you love most from new album "John The Revelator"?

I approach songwriting like I approach writing a book. The songs are chapters and the album is the overarching 'big picture'. This comes organically out of what's haunting me at any given period. 'John the Rev' has songs that might not seem to be unified at first listen, but there are multiple storylines and recurring characters intersecting through those 20 songs. What I love most about the album on a conceptual level is the balance between raw swamp rock and more intimate singer-songwriter pieces. This emerged from the process by recording half the material down in Mississippi with Cody Dickinson (North Mississippi Allstars) who espouses the 'primitive modernisim' of Hill Country Blues, and the other half in Vermont with George Walker Petit who is a disciplined jazz artist. 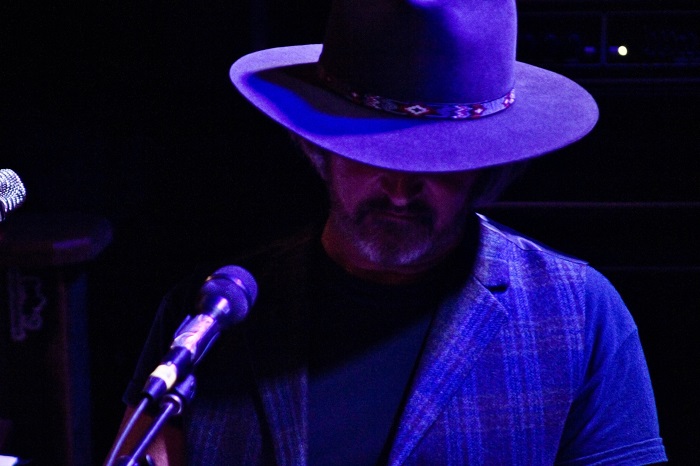 "Blues and Roots music has had a profound influence on my life and career as a storyteller. The calling to the blues led to me leaving home at a very young age and traveling through the American South, hungry for the history and the truth of it all. That experience shaped who I am today and now, all these years later, I have returned to writing and recording music."  (Photo: John Fusco)

What were the reasons that you started screenwriting and music researches? Where does your creative drive come from?

I have wanted to write cinema since I was 10 years old. In fact, I started making Super 8 films back then. As a teenager I could not find any possible path toward a movie career, so I channeled my writing into lyrics for local bands and then was recruited to sing. As a self-taught Hammond organ player, I began to immerse myself in blues rock and that led to a deep dive into the seminal roots’ underneath it all. The irony is that my blues travels resulted in my first screenplay 'Crossroads' getting bought by Hollywood when I was just 24 -- so it all came together, the cinema and the roots music.

My creative drive defines who I am. I never stop really. I wake up every day with the urgent need to create; I call it catching the wave, and I let it take me where it wants to go. But I also have an extremely disciplined work ethic. I have learned how to open the tap and let the creativity flow, but then also how to wrangle it, shape it, and apply craft to it.

I can't really answer that question in a way that reflects the profound challenges for musicians right now. I only returned to music 2 years ago, so I was only just beginning to get out and perform when the pandemic hit. I'm grateful that I got to do a handful of live shows before that. Still, I am very close to many musician friends and partners and I am witnessing the fears and uncertainties firsthand. So many live venues are going under, leaving musicians to depend on meager streaming revenue. My hope is that we get this global crisis wrestled to the ground and get live music soaring again while also addressing the egregious practices surrounding streaming royalties.

What touched (emotionally) you from Robert Johnson's music and life? How started the thought of "Crossroads"? 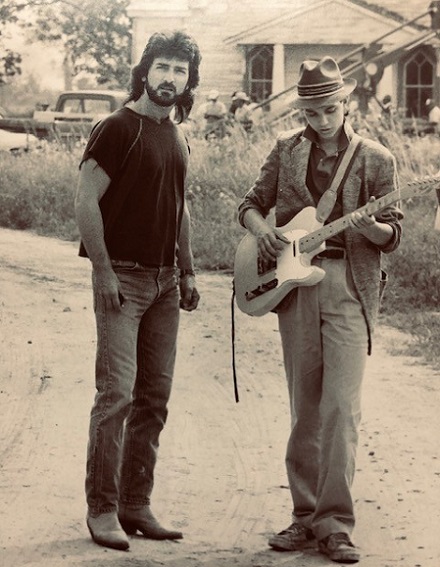 Robert Johnson's music hit me like an incantation that put me under a spell, Man. And as a storyteller of Americana, I was drawn to the lore and legend and the blurred lines between myth and metaphor.  When I left home at 17 and traveled to the Delta, my personal journey became the basis of my movie 'Crossroads.' I was that kid, obsessed with the Delta Blues and Robert Johnson.

"My creative drive defines who I am." (Photo: John Fusco & Ralph Macchio, Crossroads 1986)

What are the most important lessons you have learned from your life's experiences? What was the best advice anyone ever gave you?

I have learned that all dreams are possible if you want it bad enough. In terms of making it in the arts, the best advice I received came from the American author James Michener who said, 'a young artist has got to have a healthy chip on their shoulder if they are going to make it.' There are so many soul-crushing forces at work against a musician or writer that if you don't have brass balls, you're going to let them steal your dreams.

I have always loved Plato's warning that 'Musical innovation is full of danger to the State, for when modes of music change, so do the laws of the State' -- or something like that. Music can have a powerful influence on people and can help make or break a culture. Sometimes in big sweeping ways. Sometimes in small and subtle ways. On 'John the Rev' my 'Song for Peter' is about homelessness. I have had several people tell me they will never look at the homeless the same way again because, as the song explores, every one of these fellow humans has a deep story behind them. On my first album, my song 'Rolling Thunder' is about driving across this divided, polarized country and picking up people along the way ' no red state, no blue state, what the hell are we fighting for?' When writing a song like that, I am hoping to reach someplace inside people that only music can do in an emotional, visceral way.

I would love to take the time machine train to Storyville, New Orleans in 1915 and hit the clubs to see Jelly Roll, King Oliver, Buddy Bolden, and to experience a night in that pivotal time and place.